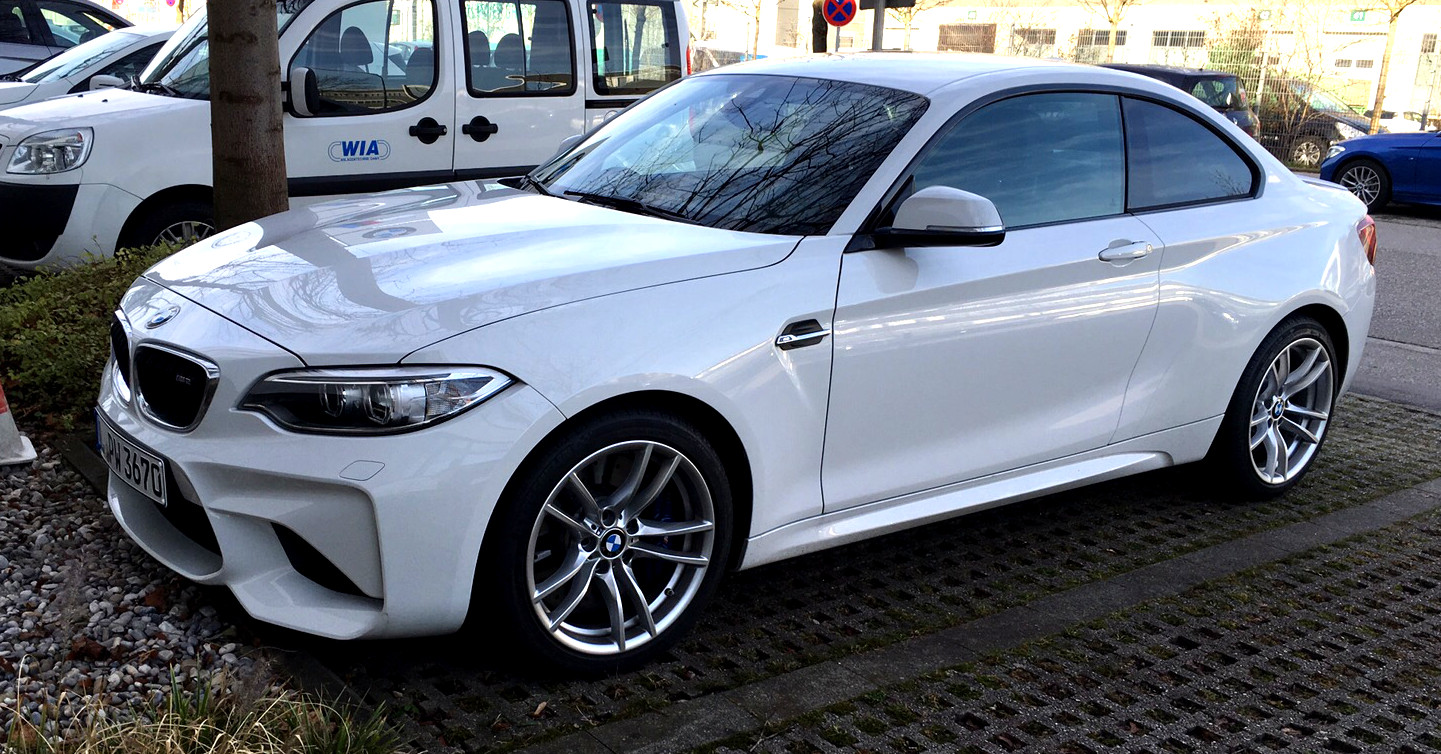 If you’re ever looking for a yet-to-be released M car, then Garching is the place to be. The M facility just outside Munich is home of the “Most Powerful Letter In The World” and a place where M engineers are testing upcoming models. Take for example this BMW M2 prototype which has been sitting in front of the main entrance for weeks now, likely driven by one of the M employees. What makes it so special compared to others M2 prototypes spotted in the past is its Alpine White color. The beautiful white is only one of the four colors offered for compact coupe and one that it’s likely to be predominant.

The new BMW M2 is available only in four exterior paint finishes – Long Beach Blue metallic, Alpine White, Black Sapphire and Mineral Grey. The launch color – and the marketing paint for that matter – is Long Beach Blue which first appeared on the X5 M. Inside, BMW only offers one trim and leather option – black Dakota leather with blue contrast stitching and an M logo in the backrests. 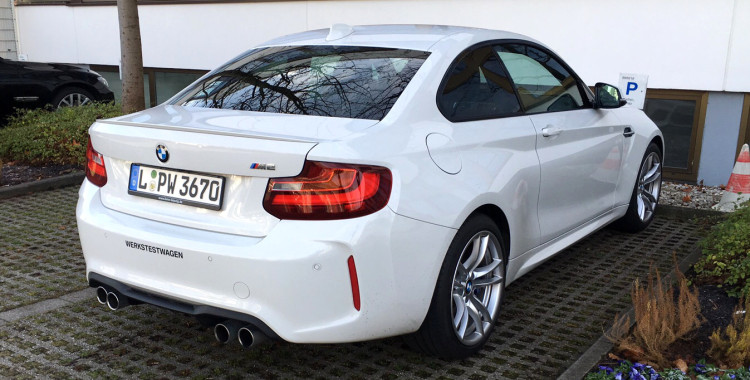 2 responses to “BMW M2 shows off its white clothes”