Will Hybrid Electric Power Take Us Into the Horsepower Abyss?

Home » Will Hybrid Electric Power Take Us Into the Horsepower Abyss?

1998 Geneva Auto Show. BMW takes the automotive world by storm and unveils what was for that time and era, an unimaginably awesome creation – the venerable E39 M5. Journalists gawked, enthusiasts (yours truly) drooled, and rebellious teens suddenly developed professional aspirations.

Now an 834 bhp M5 may seem crazy at first blush, but considering Dodge is already making a 707 bhp Charger Hellcat, we’re not sure how implausible that figure actually is. And keep in mind, back in 1998 an almost 400 bhp sedan was shocking. If at that time one would have forecasted a 45% power increase within the next two M5 generations, most would have found that prediction wildly unrealistic.
​
To aid in the potential horsepower progression is hybrid electric power. The amazing Porsche 918 Spyder, McLaren P1, and LaFerrari, along with ever restrictive emissions standards have all but solidified the hybrid future. Formula 1 is paving the way as well. 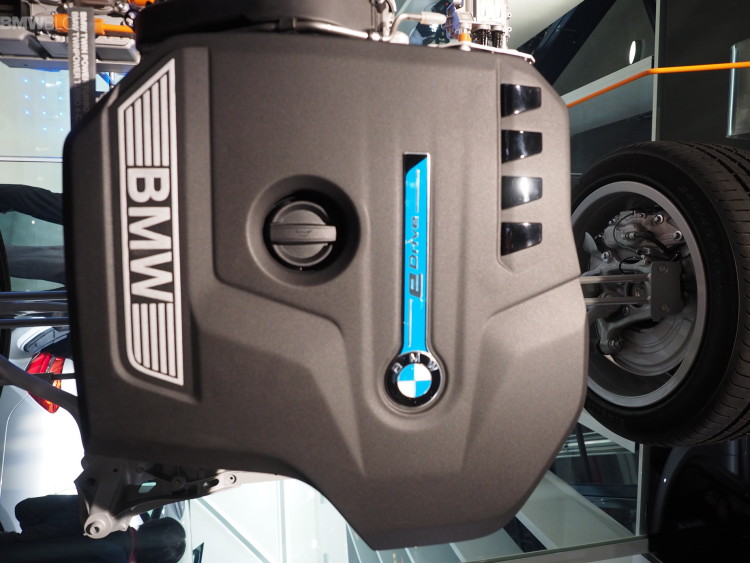 How long it will take performance hybrid technology to trickle down into cars of a more mass public variety we can’t be sure, but rumors are already abundant that it could be as soon as the next generation of performance cars (2020 or thereabouts).

The E39 M5 garnered such attention and praise upon introduction for a variety of reasons, but no data point was more eye-catching than that horsepower rating.

Very ironically, it is now hybrid technology that could serve as the instrument to take the horsepower war into the realm of the truly obscene and untenable…

Have a listen to this conversation wherein a McLaren engineer describes the power on demand that is hybrid technology. (3:08 if the video doesn’t cue correctly)

And so, right when it seemed that regulations would finally put an end to the horsepower war, it’s set to reignite with new, unknown, and possibly stratospheric potential. The click of a mouse has become the new displacement (guess there is a replacement after all). When battery technology really arrives, performance vehicle engineers will be restricted only according to their own discretion, and that of their employer.

But in reality, isn’t a horsepower war armistice in order?

Does the world need 900 bhp M5’s and 600 bhp 3-series? Okay, okay… if you’re reading this the knee-jerk answer might be “Yes!” But think that through. How many everyday drivers should be piloting the equivalent of land missiles as they Pinterest and sip Frappuccinos?

Powerful and fast is here to stay. It’s a given. Time for the discussion to shift and finally evolve beyond bhp.

With the incredible acceleration performance of modern vehicles, we’d like to see a significant progression on the braking side of the equation, for example.

And given the not uncommon perception that modern performance cars are creating an increasingly detached experience, perhaps the ideal performance car of the future is one that most encourages driver involvement and interactivity. We acknowledge the challenges associated with selling “feel,” but we’re confident that in the coming decades many enthusiasts will be drawn to that uncommon attribute.

Besides, either the performance goal posts shift and automotive culture evolves, or soon enough government regulations may be aimed at restricting far more than just emissions. Because someone in Washington knows that the combination of Pinterest, Frappuccinos, and an abundance of land missiles is contrary to the public interest.

4 responses to “Will Hybrid Electric Power Take Us Into the Horsepower Abyss?”