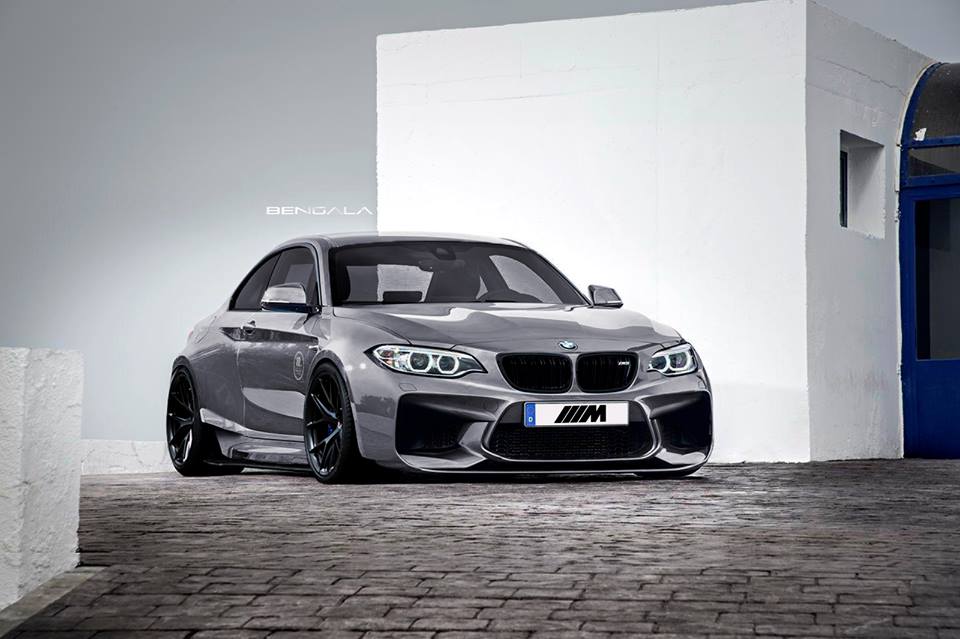 Even though tuners can’t get their hands on the new BMW M2 until April 2016, the tuning preparations have already begun. Some bigger shops employ in-house designers – who can help them and guide them through the process of designing the right aero parts and fitment – while others go through a trial and error process until the right part is developed.

But two things most of the tuners do are: one – create hype for their products and two – use renderings to showcase their projects. Bengala Design – an automotive designer based in Europe – decided to take an early approach to designing a wideboy kit for the M2. 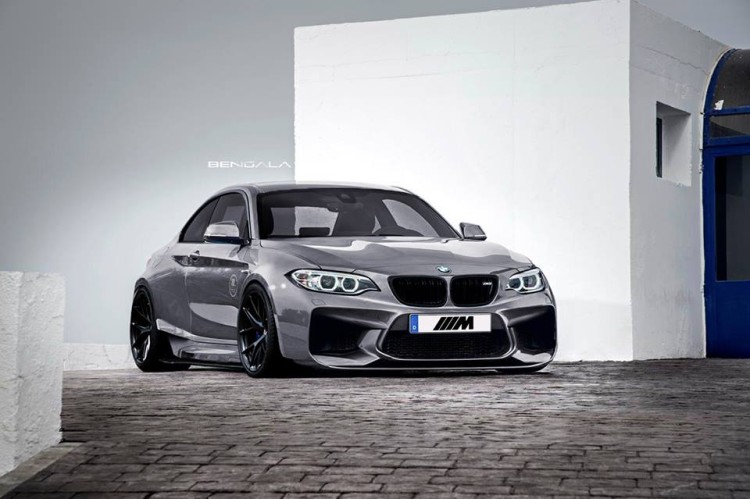 The sports coupe gets even wider fenders and side skirts, larger air curtains and a front lip to help with downforce. A set of HRE custom wheels were installed as well – in black, of course – while the a lowering kit was applied to the M2. With the extra width all-around, the wells need wider tires to fill the gap.

All these renderings we’ve seen lately are only adding to the hype and April of next year just can’t come soon enough.