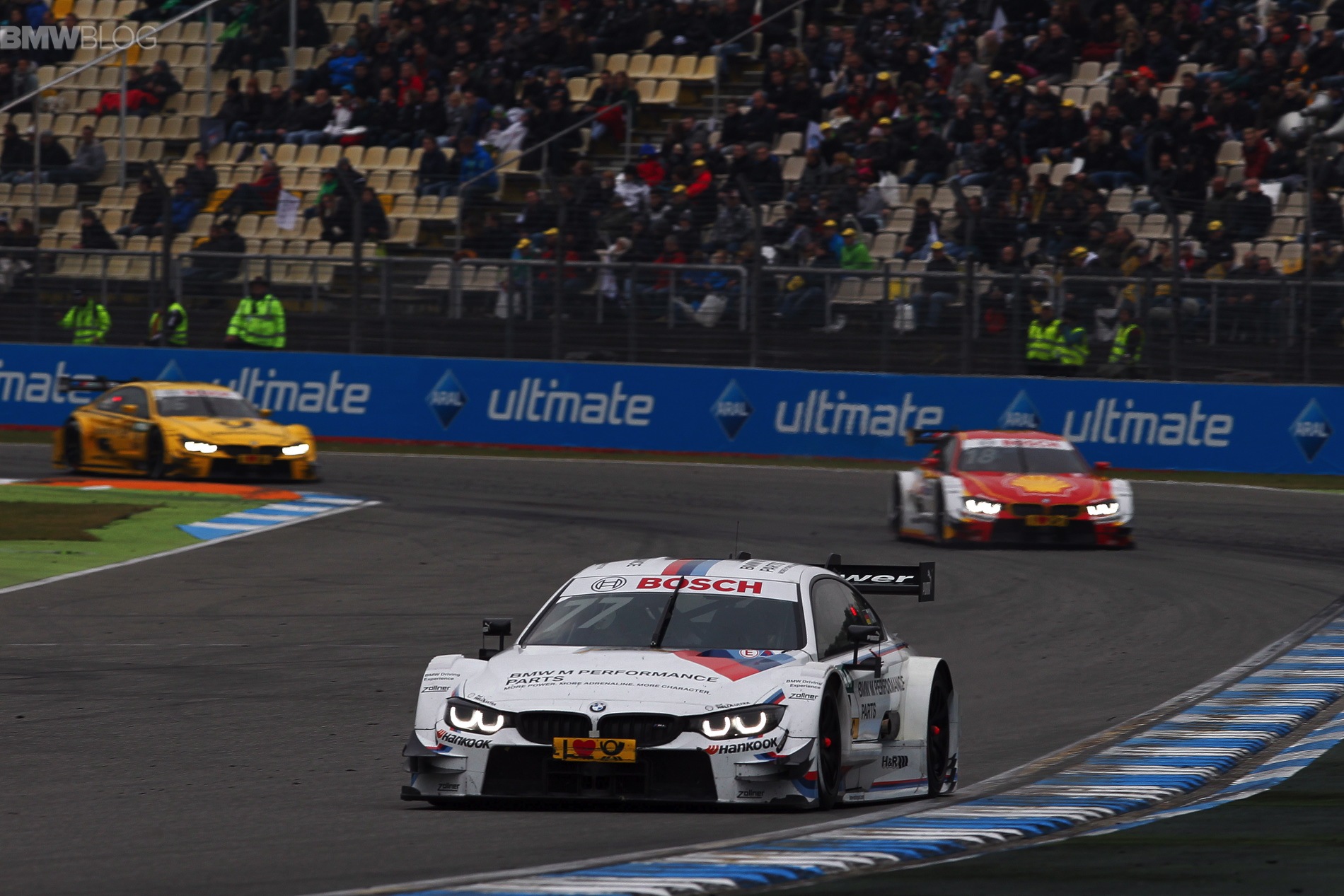 It was exciting right down to the final lap, but BMW defended its lead in the Manufacturers’ Championship in the 18th and final race of the 2015 DTM season to claim the title for the third time in four years. This was the seventh of a possible 12 titles for BMW since returning to the DTM in 2012. 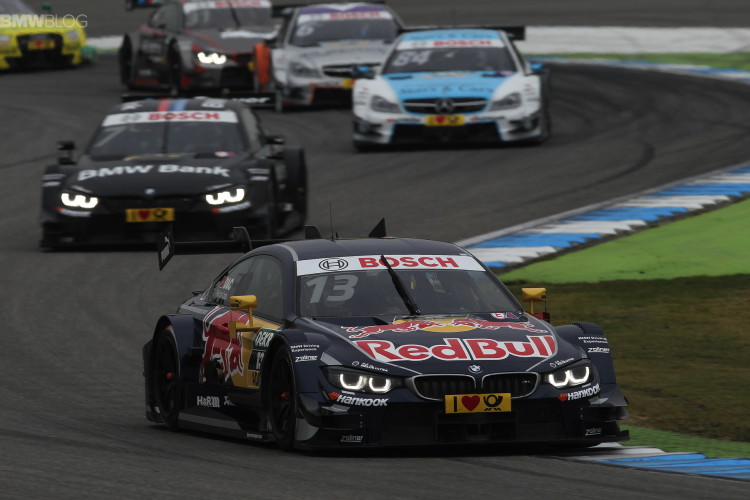 This was the first Manufacturers’ title for the BMW M4 DTM, after the BMW M3 DTM had been successful in 2012 and 2013. BMW Team RMG came up just short of successfully defending its title in the Team competition. Team Principal Stefan Reinhold’s (DE) team finished runner-up with 206 points, behind the gooix/Original-Teile Mercedes-AMG team (225 points). Mercedes driver Pascal Wehrlein (DE) had previously wrapped up the Drivers’ Championship on Saturday.

Augusto Farfus (BR, Shell BMW M4 DTM) ended the 18th race of the season in 14th. Tom Blomqvist (GB, BMW M4 DTM) came home 17th after a drive-through penalty, but still claimed the unofficial title of “Rookie of the Year”. Timo Glock was 21st in the DEUTSCHE POST BMW M4 DTM, while Marco Wittmann (DE) failed to finish his last race, for now at least, with the number 1 on his Ice-Watch BMW M4 DTM. 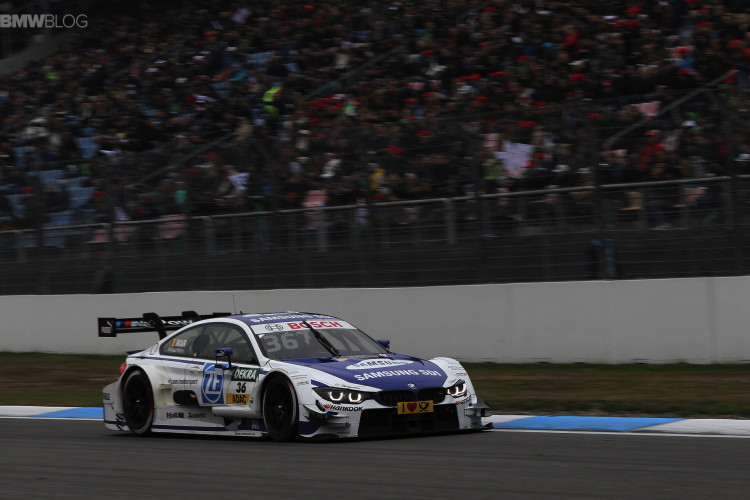 Jens Marquardt (BMW Motorsport Director): “It is fantastic to end the 2015 DTM season as the champion manufacturer. This title is always proof of an outstanding team effort over the course of a season. It belongs to every one of us in the team – whether driver, engineer or mechanic, and was primarily possible thanks to the fighting spirit shown by every single one of us. After a difficult start, we improved over the course of the season. When presented with the opportunity to get good results, we took full advantage – such as with our top-seven lock-out in Zandvoort. Five different race winners in the BMW M4 DTM also shows that we achieved our goal for 2015, which was to be more competitive across the board. I am very proud of that. Congratulations again to Pascal Wehrlein and Mercedes on winning the Drivers’ title. Like yesterday, Sunday’s race was not one for anyone with weak nerves. Maxime Martin made another great start, but then dropped back a bit. However, he was then able to fight his way back up the field with a great pit stop and some fantastic battles. António Félix da Costa, Bruno Spengler and Martin Tomczyk also climbed into the points and, in doing so, ensured we scored enough points to win the Manufacturers’ Championship.”

Maxime Martin (BMW Team RMG, 6th place): “We were determined to win the Manufacturers’ title, and we did it. Fantastic. I got off to an outstanding start and immediately fought my way up to third place. Unfortunately I was unable to match the pace of the Audis, but that is irrelevant now after this team result for BMW.” 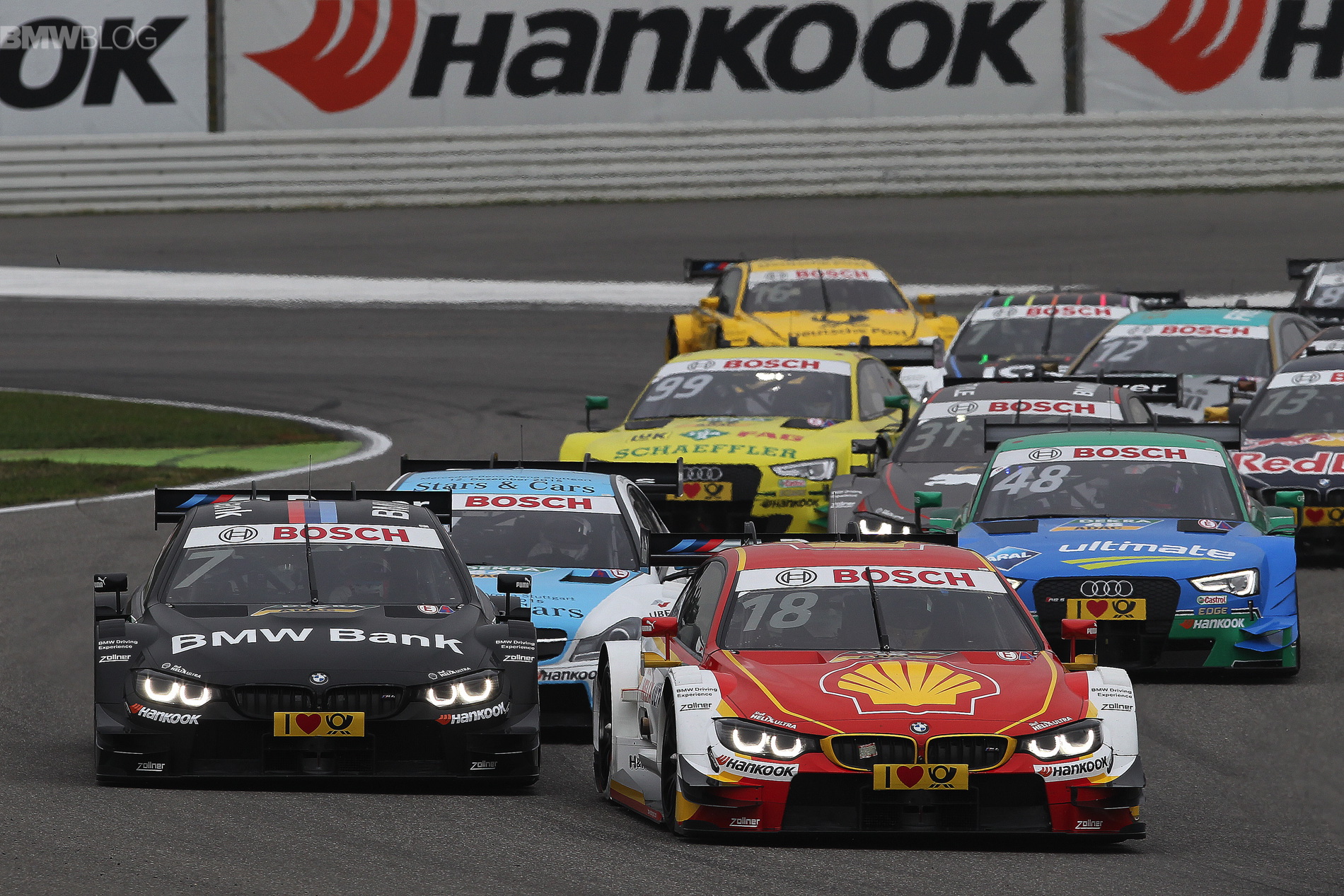 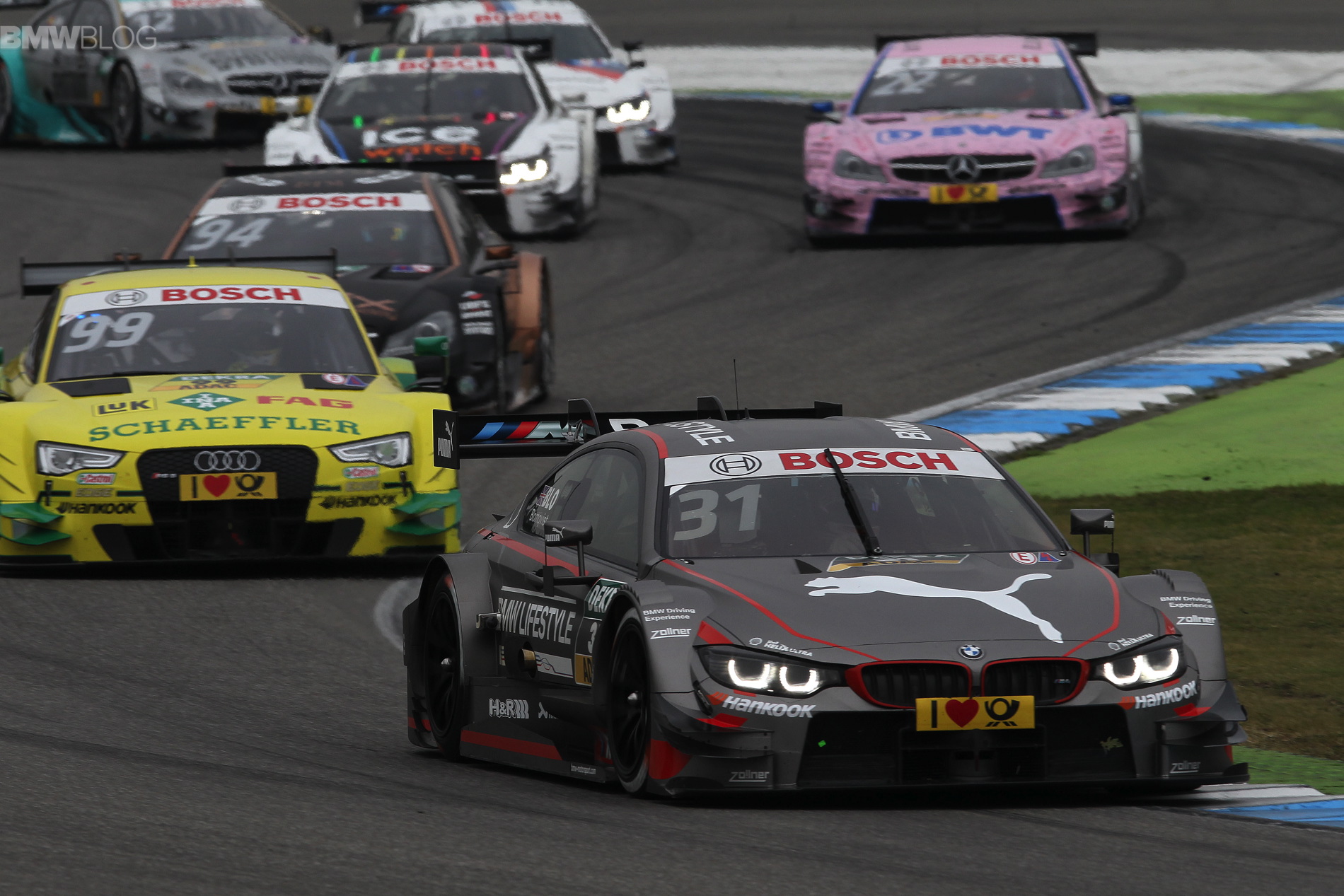 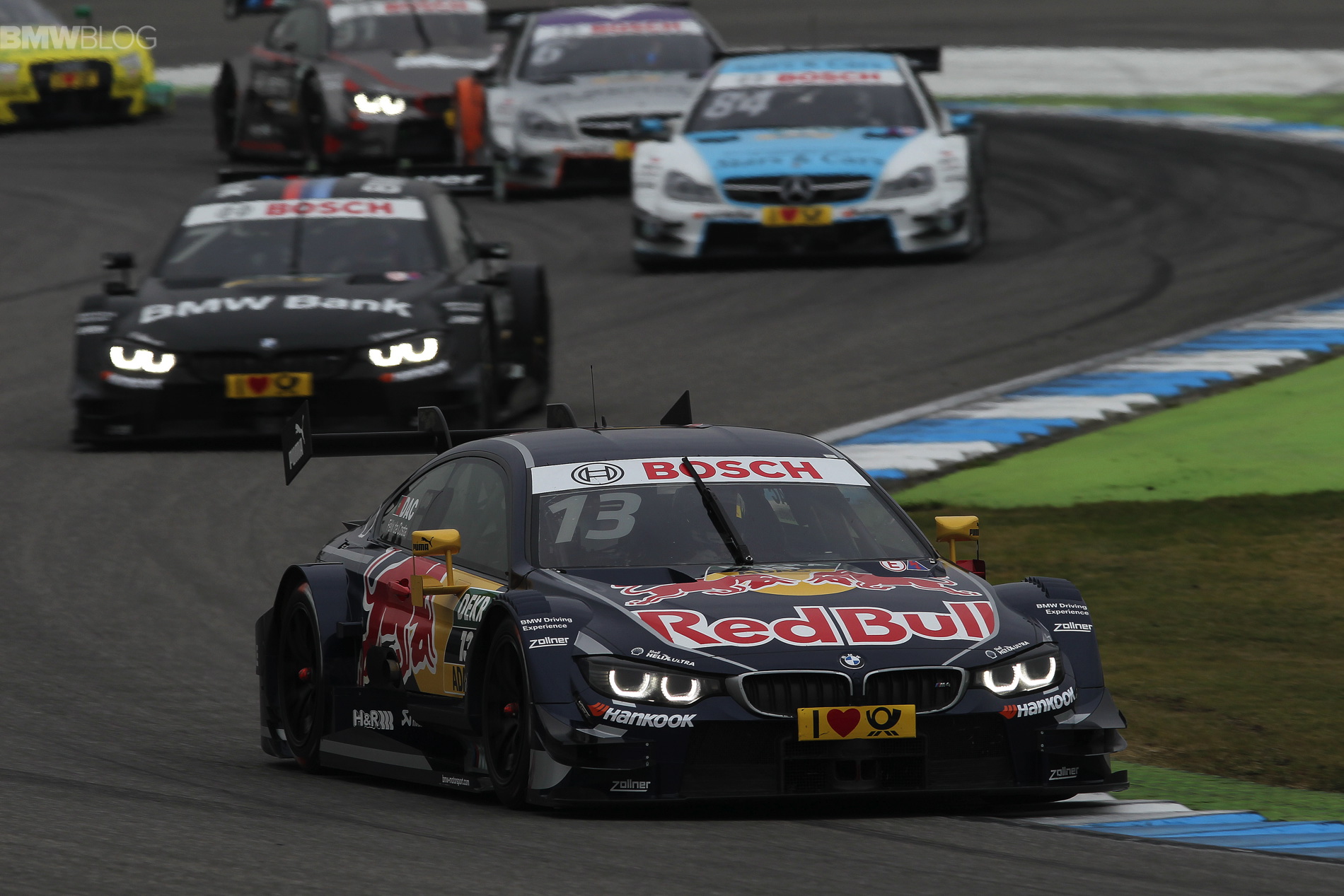 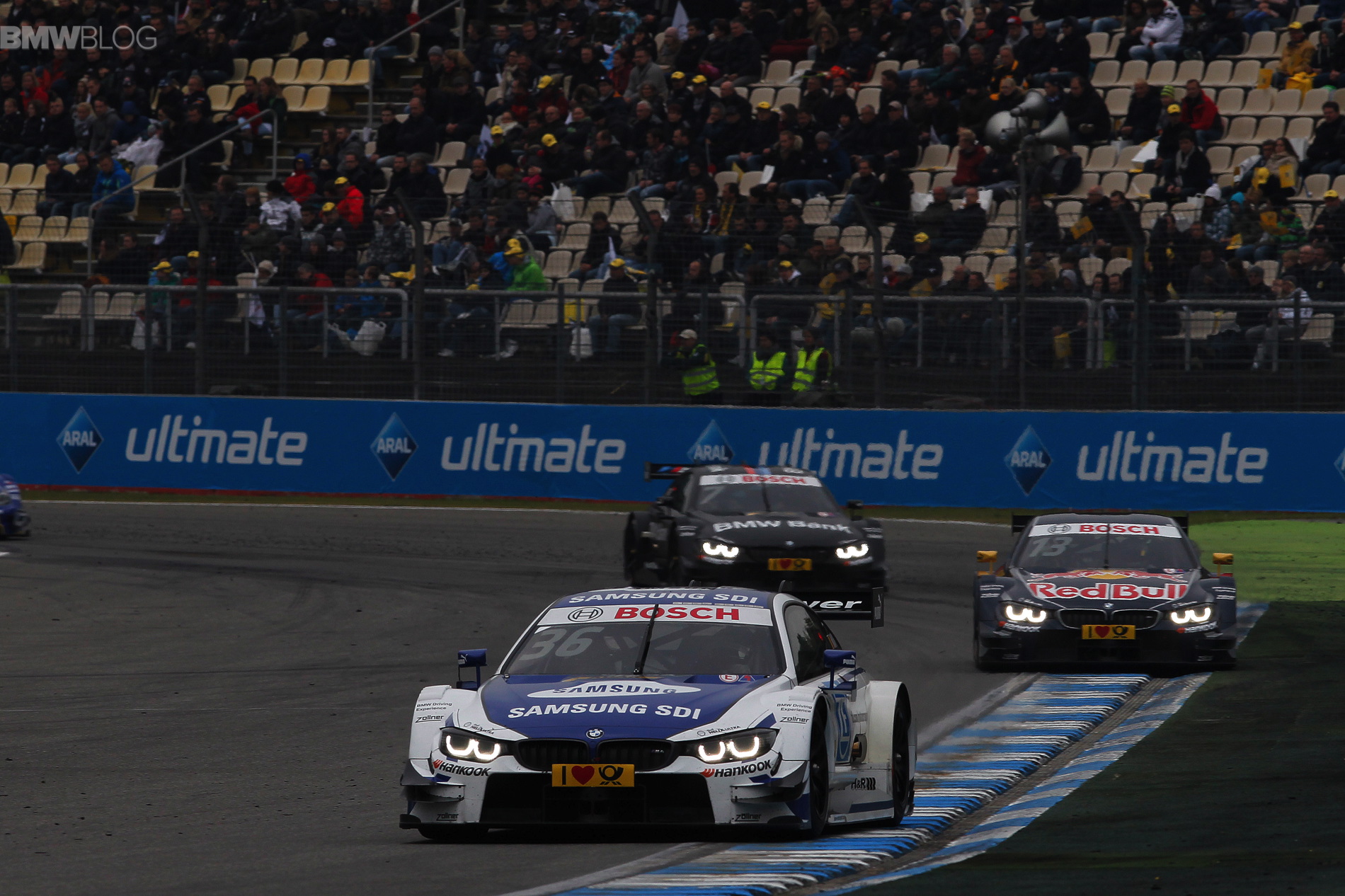 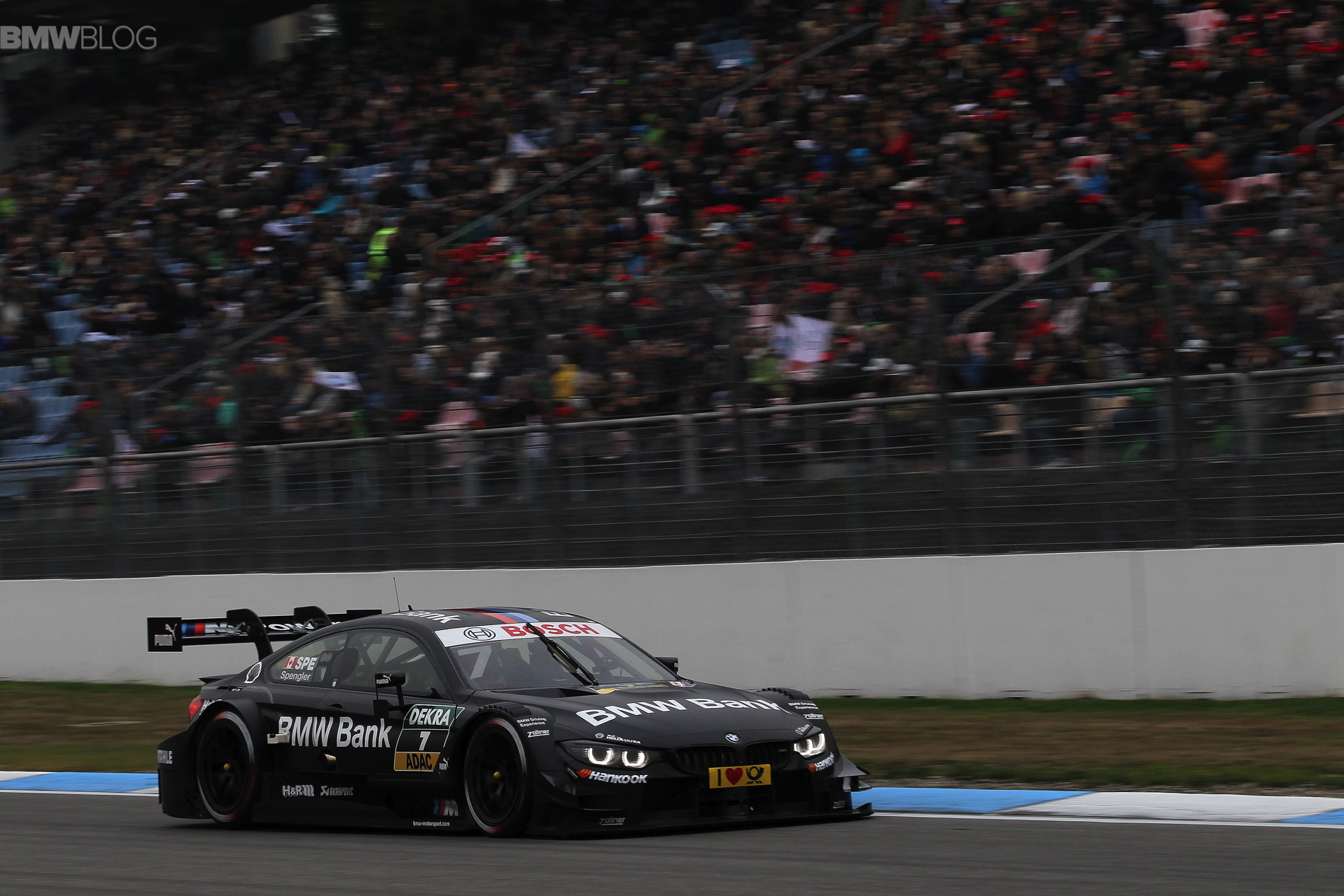 BMW Team RMG was the most successful BMW crew of the season for the second time in a row.

Bruno Spengler ended the season fifth in the Drivers’ Championship, making him the best-placed BMW driver. He was followed by Marco Wittmann in sixth place overall.

Tom Blomqvist is the fourth BMW driver in a row to win the unofficial title of “Rookie of the Year”, following in the footsteps of Augusto Farfus (2012), Marco Wittmann (2013) and Maxime Martin (2014).

The bonnet of Marco Wittmann’s Ice-Watch BMW M4 DTM came loose and flew off on lap eight, following a battle for position. He was forced to retire from the race.

Tom Blomqvist was handed a drive-through penalty for a collision with Robert Wickens (CA) on lap 12.