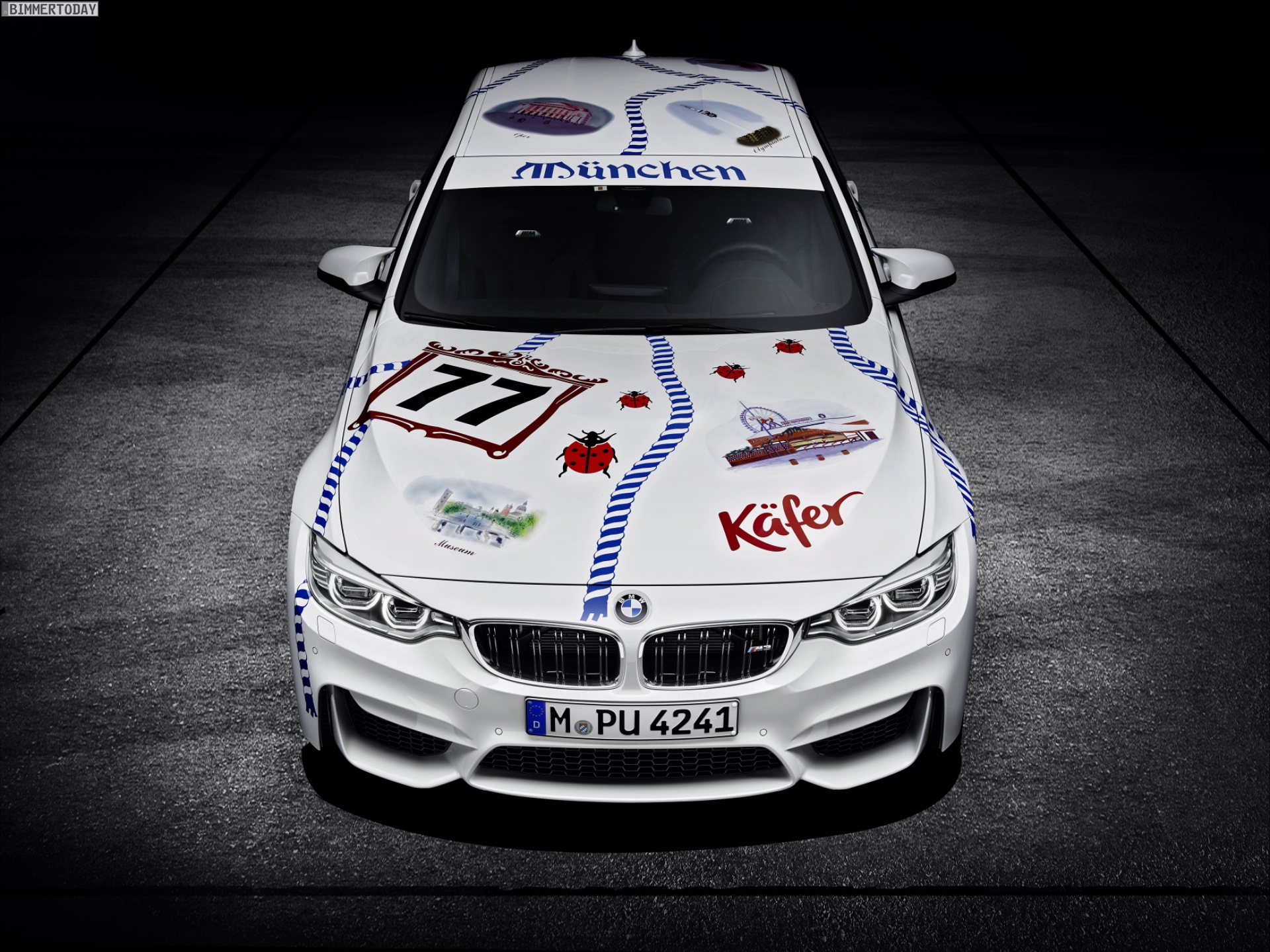 BMW M is set to unveil a BMW M3 in “Münchner Wirte” livery to coincide with this year’s Oktoberfest in Munich (19 September – 4 October). BMWBLOG will report live from the event in Munich.

The one-off car will underscore the company’s ties with motor sport in general and the city of Munich in particular. The livery design of the BMW M3 “Münchner Wirte” harks back to that of the legendary BMW M1 Procar from 1981, complete with Bavarian-style façade painting and blue and white twisted cords, along with depictions of Munich landmarks (such as the Olympic Stadium, Siegestor, Frauenkirche church and BMW’s headquarters – the “four-cylinder” building), a roast chestnut seller and the Wiesn-Schänke beer tent at the Oktoberfest. 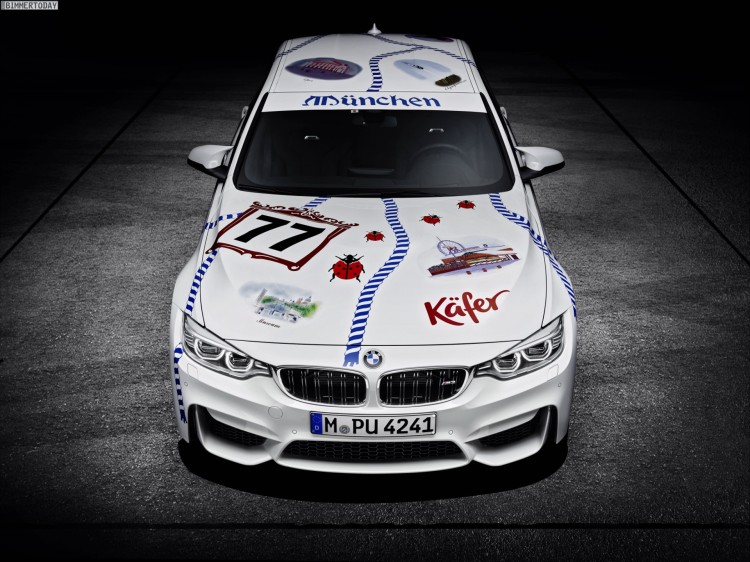 Walter Maurer is responsible for bringing the design back to life on the current BMW M3. The designer, whose close relationship with BMW dates back several decades, created the livery for the BMW M1 Procar “Münchner Wirte” and painted it on by hand 34 years ago. “Although the two cars are very different, it was surprisingly straightforward to carry over the design from the two-door BMW M1 racer to the four-door BMW M3 Sedan,” reports Maurer.

The new BMW M3 “Münchner Wirte” and BMW M1 Procar “Münchner Wirte” have more in common than just their eye-catching exteriors: both cars offer the benefits of a six-cylinder in-line engine with four-valve technology, rear-wheel drive and the vast pool of racing expertise amassed by BMW M GmbH. The engine powering the BMW M1 Procar racing machine developed 345 kW/470 hp, enabled acceleration from 0 to 100 km/h (62 mph) in 4.5 seconds and powered the car to a top speed of 310 km/h (193 mph). The cutting-edge M TwinPower Turbo engine in the BMW M3 comes close in terms of power, producing 317 kW/431 hp to propel the sports sedan to a maximum 280 km/h (174 mph) when the M Driver’s Package is specified and teaming up with the M Double Clutch Transmission with Drivelogic to deliver a 0 to 100 km/h (62 mph) time of just 4.1 seconds (fuel consumption combined: 8.3 l/100 km [34.0 mpg imp]; CO2 emissions combined: 194 g/km)*.

The BMW M3 “Münchner Wirte” will be on display at BMW Welt during the Oktoberfest.

So how did the idea come about in the first place? “I hatched the plan to turn this very special artwork into reality in 1981, together with my good friends and long-established Munich restaurateurs Putzi Holenia and Karl Heckl, and the then head of the BMW press department, Dirk Henning Strassl,” explains Maurer. A few weeks later the BMW M1 Procar “Münchner Wirte” was lining up in the GT class at the Le Mans 24-hour race, where driving duties were shared by the three-strong line-up of Prince Leopold of Bavaria, Christian Danner and Peter Oberndorfer. The car’s special design attracted a great deal of attention and captured the imagination of many who saw it, as reflected in the number of pictures now posted online.