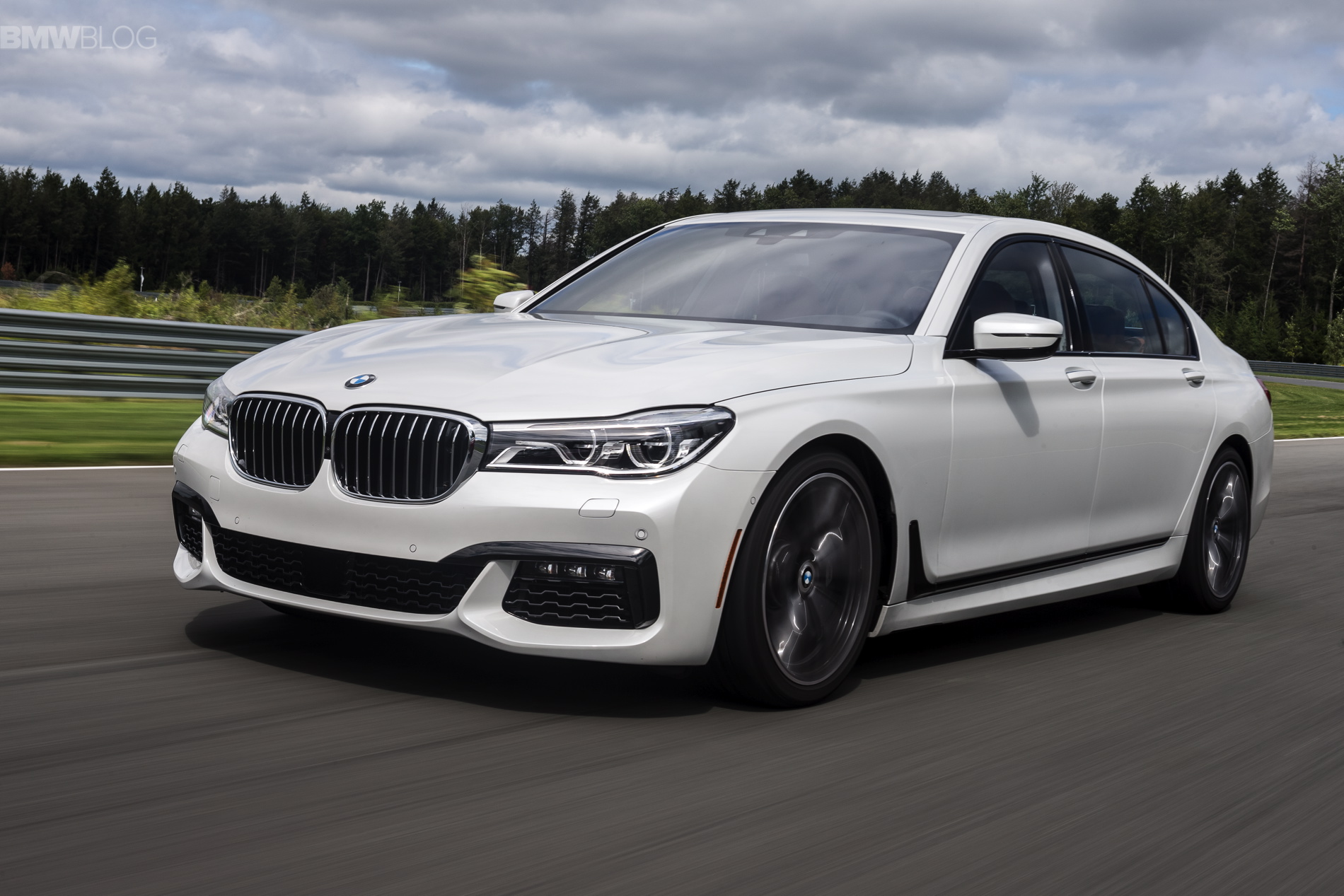 At the press launch in Portugal, journalists from around the world had the chance to drive the new 2016 BMW 7 Series. While most of them focused on the luxury features of the new 7er, there were others who aimed to gauge the performance of the fairly lightweight 7 Series. The video below gives us a look at the acceleration of a 750i xDrive all the way to 155 mph.

The 750i is fitted with a revised 4.4 liter TwinPower twin-turbocharged V8, with the turbos mounted in between the v-shaped cylinder bank, and will develop 445 horsepower and 480 lb-ft of torque which will be available at 1,800 rpm. This revised V8 is also a ULEV (Ultra Low Emissions Vehicle) and is far more efficient than the outgoing model’s.

BMW managed to do this by changing the compression ratio, from 10:0:1 to 10:5:1 and the addition of the latest Valvetronic and Double Vanos systems. This engine also marks the first time in a production car that the intake manifold has been partially integrated into the cylinder head, allowing for less airflow resistance and smaller exterior dimensions.