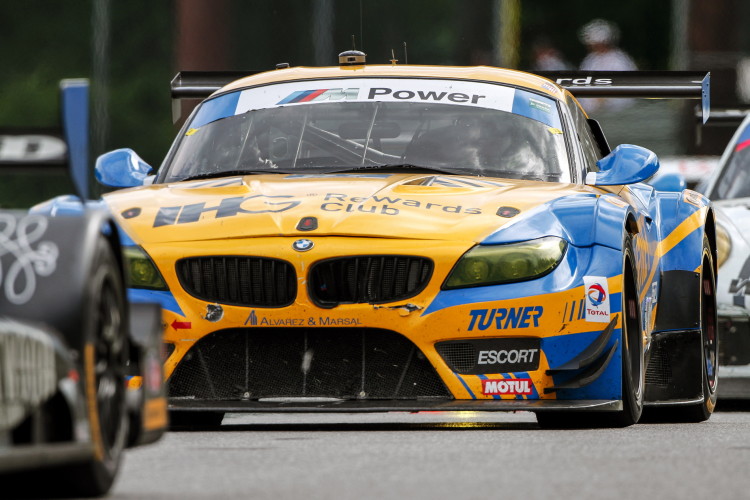 Dane Cameron and Michael Marsal, driving the No. 97 Turner Motorsport BMW Z4, scored BMW’s first GTD class victory of the 2015 TUDOR United SportsCar Championship season at Lime Rock Park, in Lakeville, Conn. The duo completed 162 laps of the 1.5-mile, 7-turn road course (the race utilized the uphill chicane) in the two-hour-and-forty-minute race, finishing 3.505 seconds ahead of the No. 33 Dodge Viper of Jeroen Bleekemolen and Ben Keating.

Turner Motorsport came very close to not making the start after a practice crash on Friday by Marsal made for a late night and even earlier morning of repair work by the crew at a local body shop. Missing the qualifying session, Marsal started at the rear of the 17-car field composed of PC and GTD cars. He drove a strong first stint to stay on the lead lap before handing off to Dane Cameron, the 2014 GTD driver’s champion, who was available to drive this weekend because the DP class he races this season was not part of the event. Cameron moved into the class lead on lap 105 and stayed out front to take the checkered flag on lap 162 for Turner Motorsport’s first win of the season. The Californian set a new race record with the fast lap of the race (53.695 seconds) on lap 79. 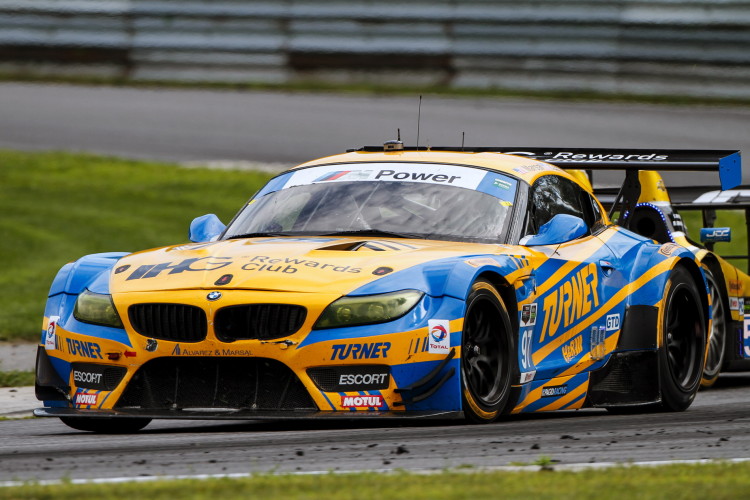 After the green flag waved in Saturday’s two-hour Continental Tire Sports Car Challenge race at Lime Rock Park, in Lakeville, Conn. it took only 59 seconds for the first caution period to occur. Unfortunately, the cause was contact to the rear of Ashley Freiberg’s No. 46 BMW M3 in the middle of Grand Sport class competitor scrum that forced her on the wet grass, then into and almost over the turn four tire wall. For the second consecutive race BMW Motorsport driver Trent Hindman was unable to drive. 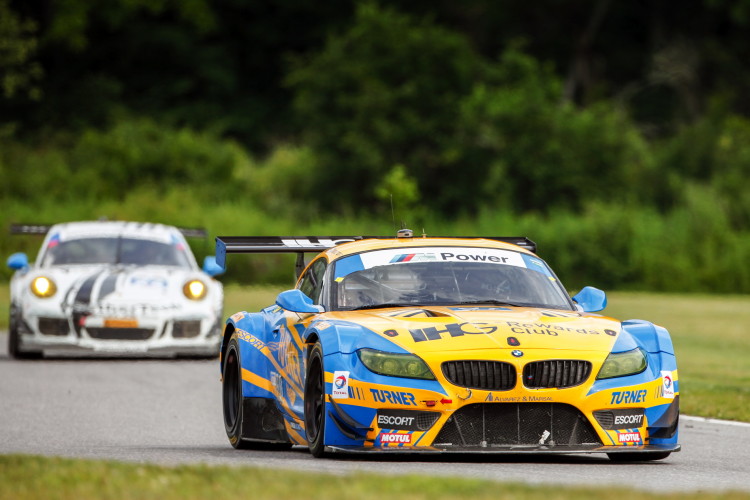 Bill Auberlen, making a guest drive in the No. 21 Burton Racing BMW 128i with BMW Team RLL teammate John Edwards, started from the eighth position. He quickly jumped to third after the restart, but dropped back almost as quickly as a suspected broken front sway bar crippled his progress around the 1.5-mile, 7-turn bull ring. Edwards took over the struggle on lap 61 with some 50 minutes remaining, ultimately finishing 22nd.

Bimmerworld Racing finished sixth and ninth in the Street Tuner class with Nos. 84 and 81 BMW 328i respectively to be the highest finishing BMWs in the race. The race was won by 2004 Formula BMW USA Junior Billy Johnson (US), driving a Ford Shelby GT350R-C.

All TUDOR United SportsCar Championship and Continental Tire Sports Car Challenge classes will next be in action at Road America, in Elkhart Lake, Wis., on August 8 – 9.