Zandvoort DTM: BMW first manufacturer to ever finish in places one to seven

Home » Zandvoort DTM: BMW first manufacturer to ever finish in places one to seven 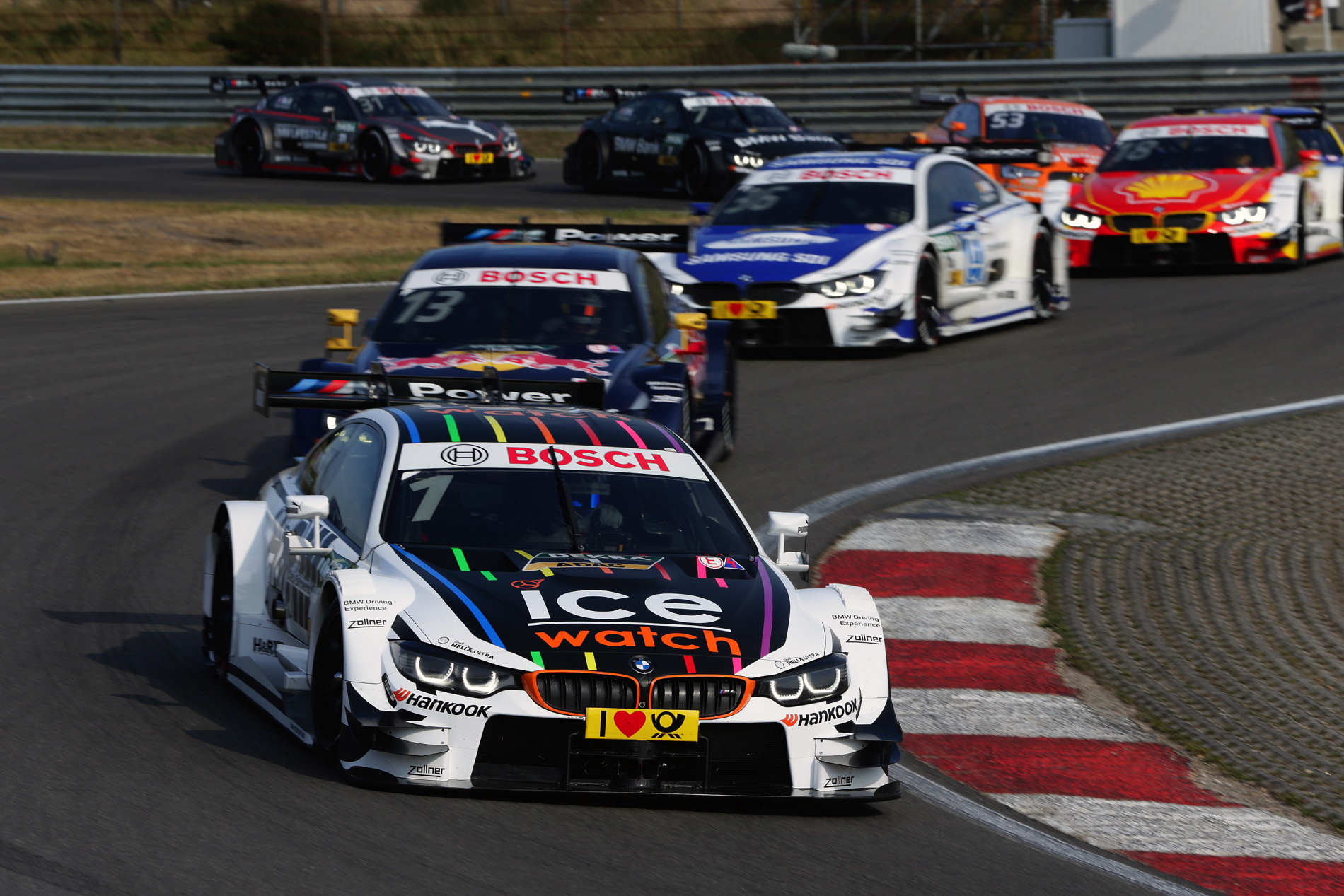 Race seven of the 2015 DTM season will go down in BMW Motorsport history. Led by winner Marco Wittmann (DE), BMW became the first manufacturer in the history of the DTM to finish in places one to seven. The reigning DTM champion and his Ice-Watch BMW M4 DTM was followed over the finish line by António Félix da Costa (PT) in the Red Bull BMW M4 DTM, who claimed the first podium of his DTM career. Maxime Martin (BE) was third in the SAMSUNG BMW M4 DTM, making him the second BMW Team RMG driver on the podium. 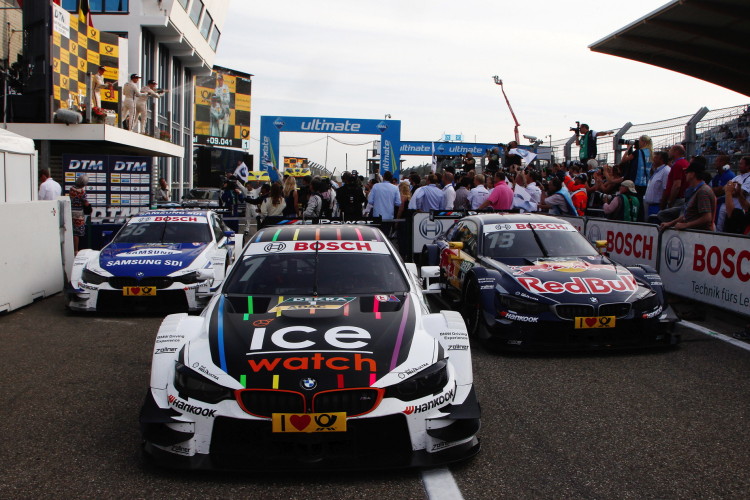 Martin Tomczyk (DE) was forced to retire his BMW M Performance Parts M4 DTM with a technical problem six laps into the race.

Reactions to the seventh race of the 2015 DTM season.

Jens Marquardt (BMW Motorsport Director): “That is obviously an absolute dream result. After a superb qualifying, we were able to take full advantage of the good starting position. Marco Wittmann got off to a great start and had a great race. The same goes for António Félix da Costa, with the best DTM race of his career, and Tom Blomqvist, who scored his first DTM points. However, all the drivers did a great job today. Only Martin Tomczyk was unlucky and failed to finish due to a technical problem. We had not bargained on this kind of historic result. Above all, it was a team performance – and is good for everyone after recent weeks. However, we know not to get too carried away with this result. We cannot solve all the problems overnight. Zandvoort suits us, and the weight situation certainly helped. This season has shown how quickly things can change in the DTM. However, it does suggest that all our hard work is taking us in the right direction. And it feels great to see the spirit within our team. We will need that over the coming months. We are now looking ahead to tomorrow, and hoping for a good result.” 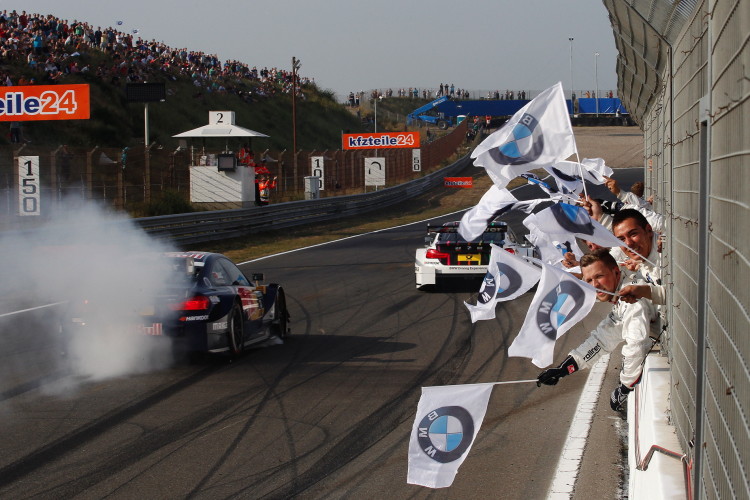 Marco Wittmann (BMW Team RMG, 1st): “It feels awesome to be back on the top step of the podium. I am incredibly happy. That is not only a great success for me, but for the team and everyone at BMW Motorsport. I think this result will give us a massive boost for the rest of the season. We all needed exactly that kind of result after the problems we had at the start of the season.” 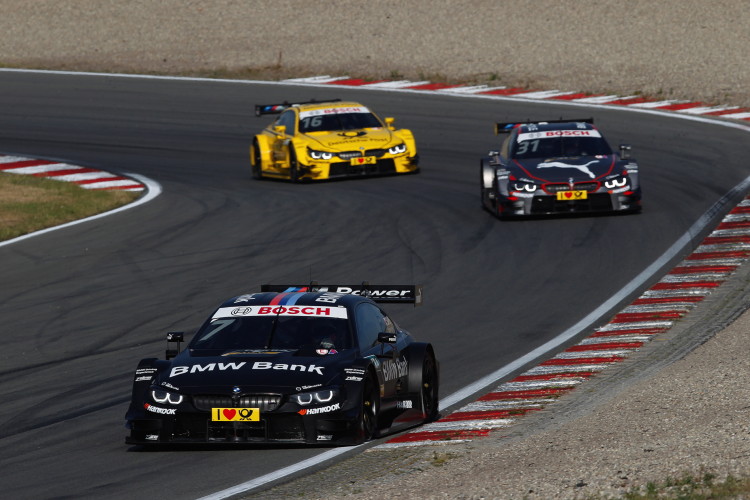 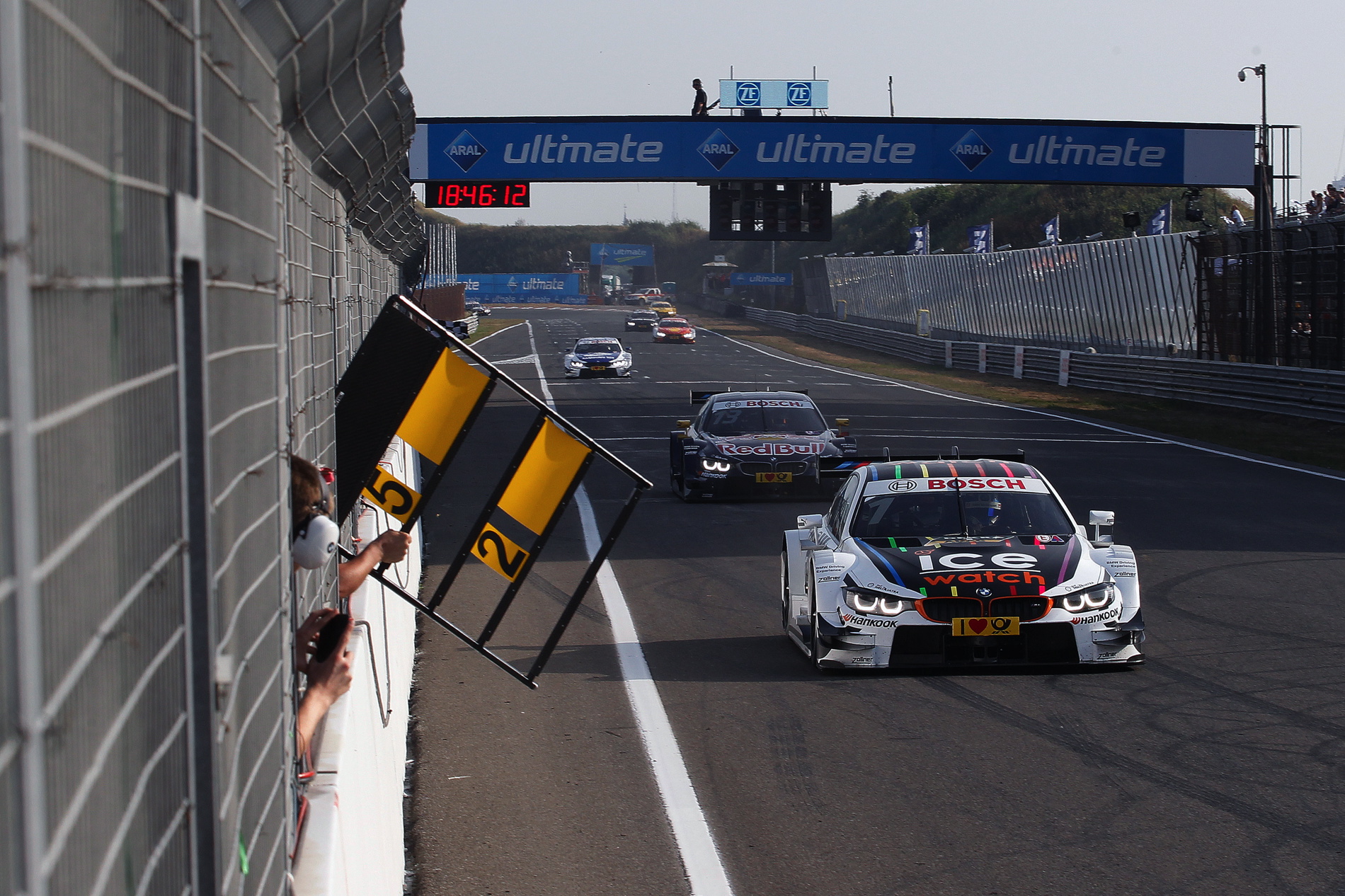 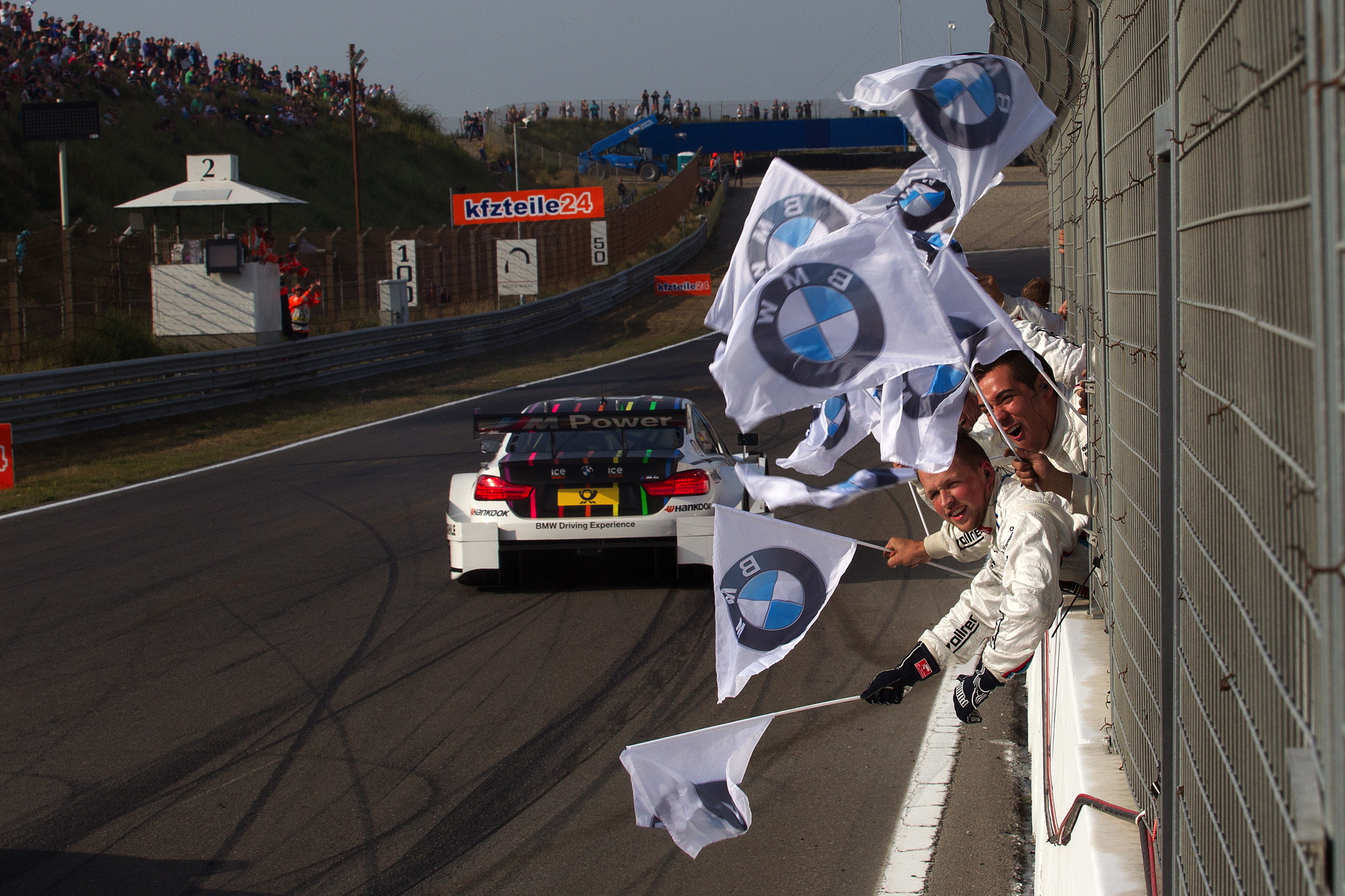 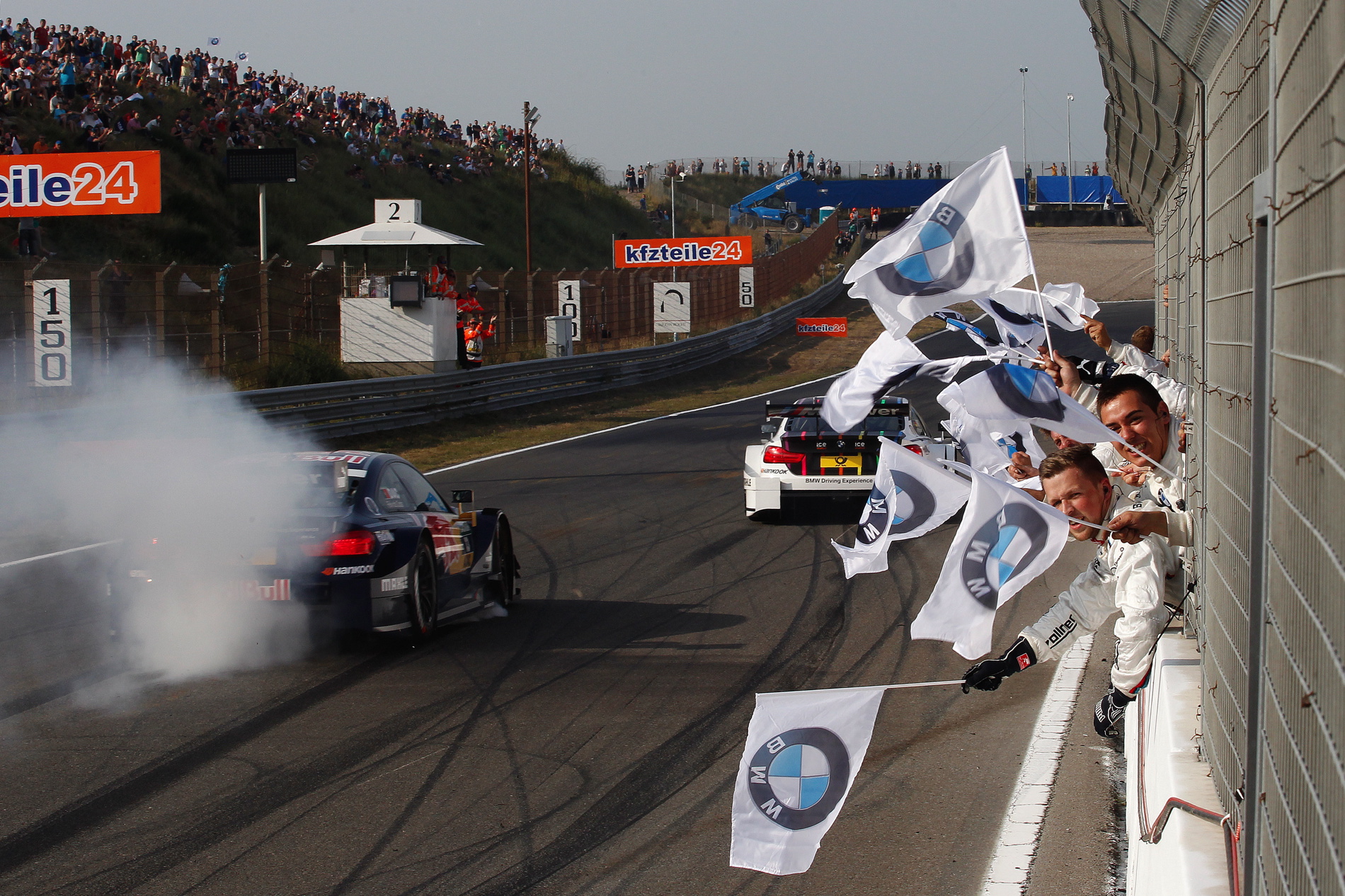 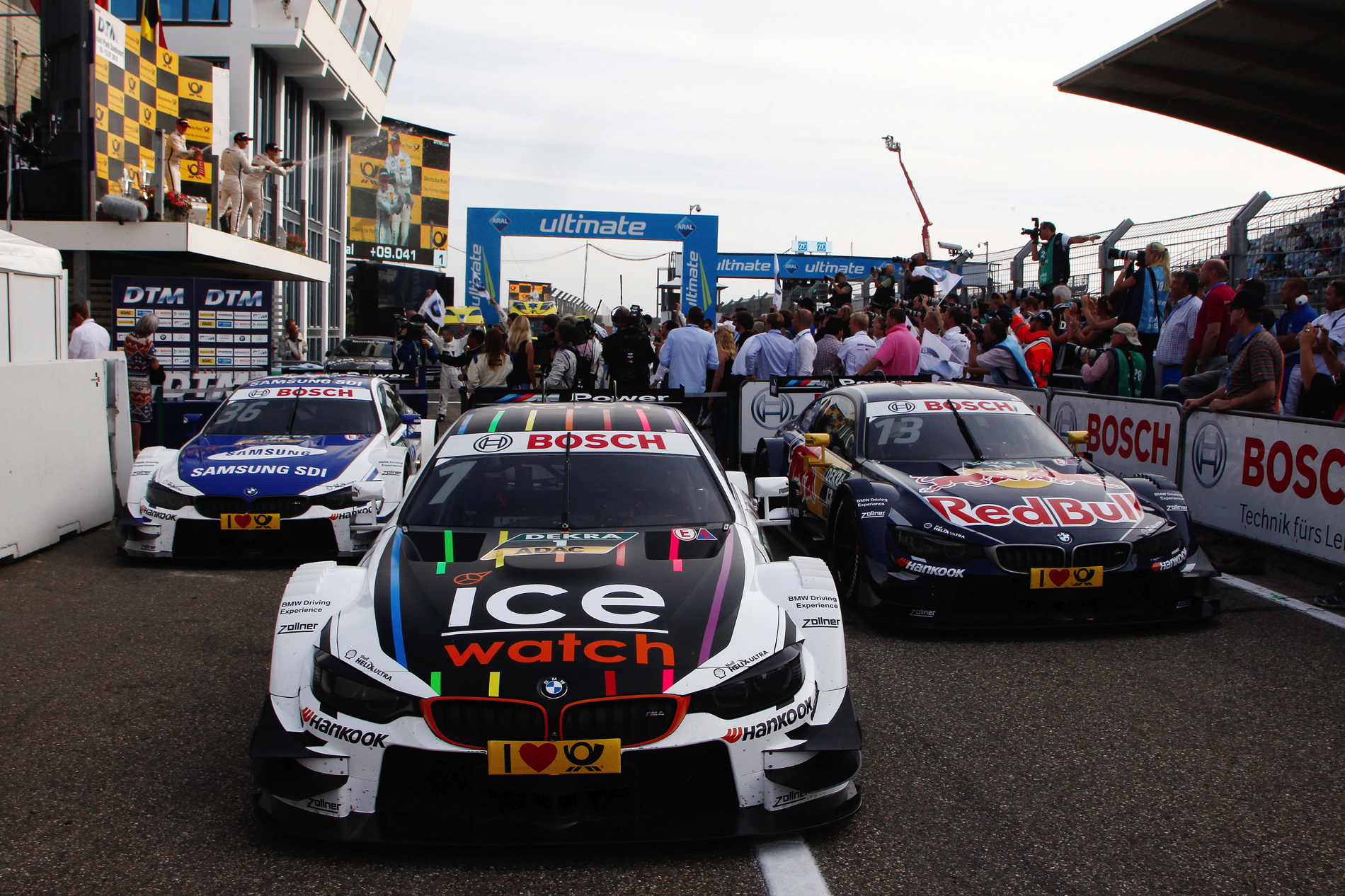 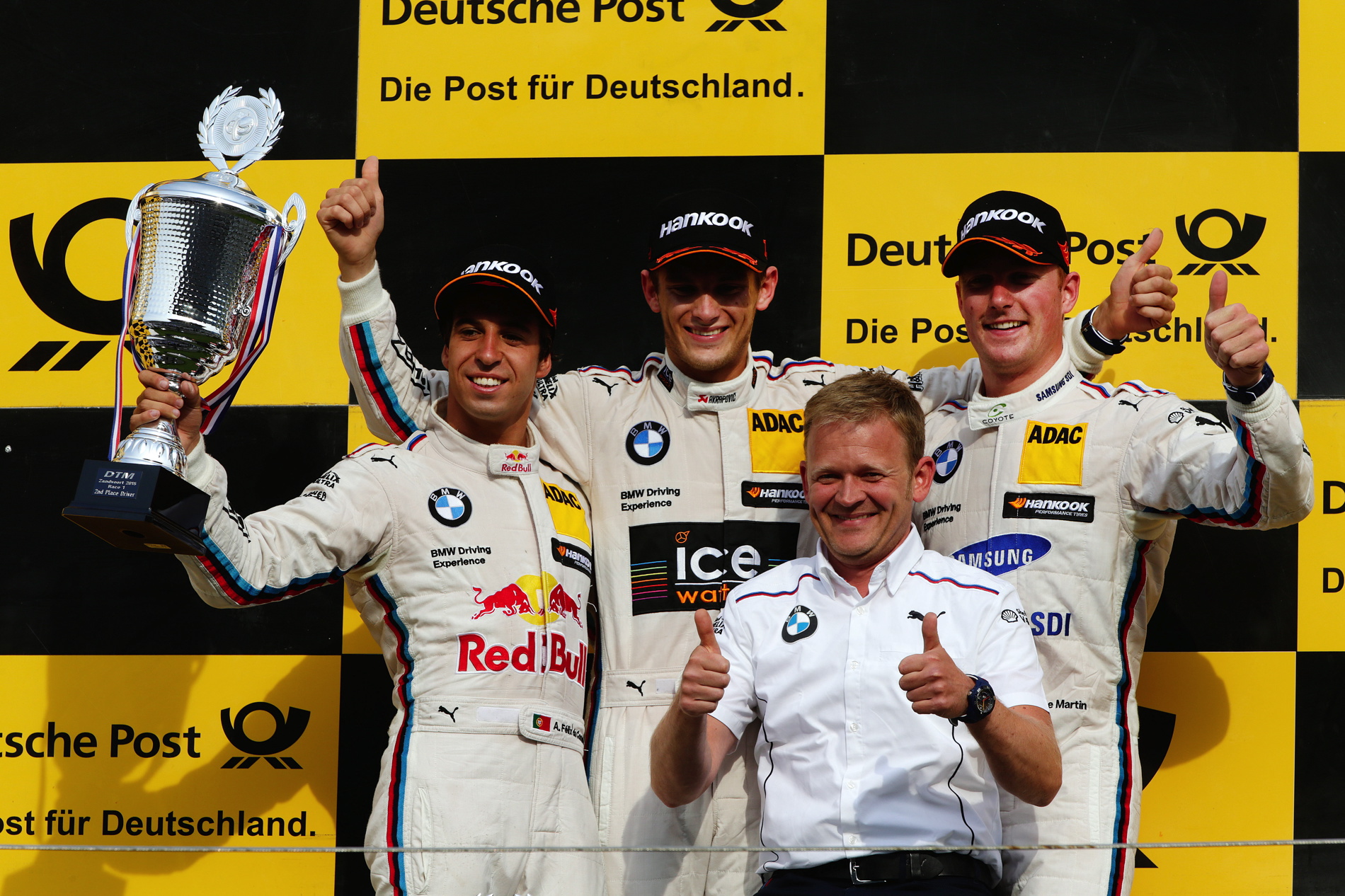 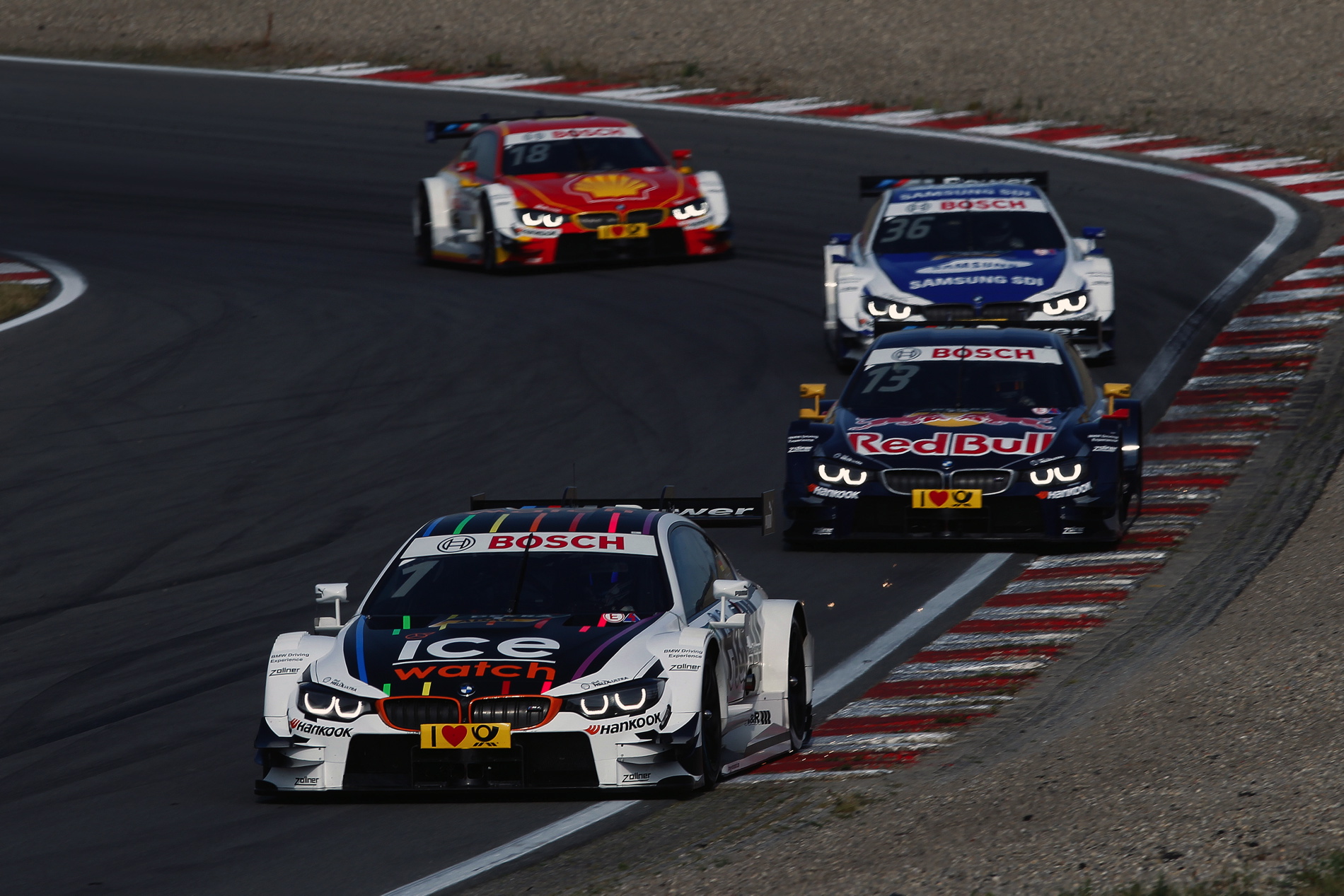 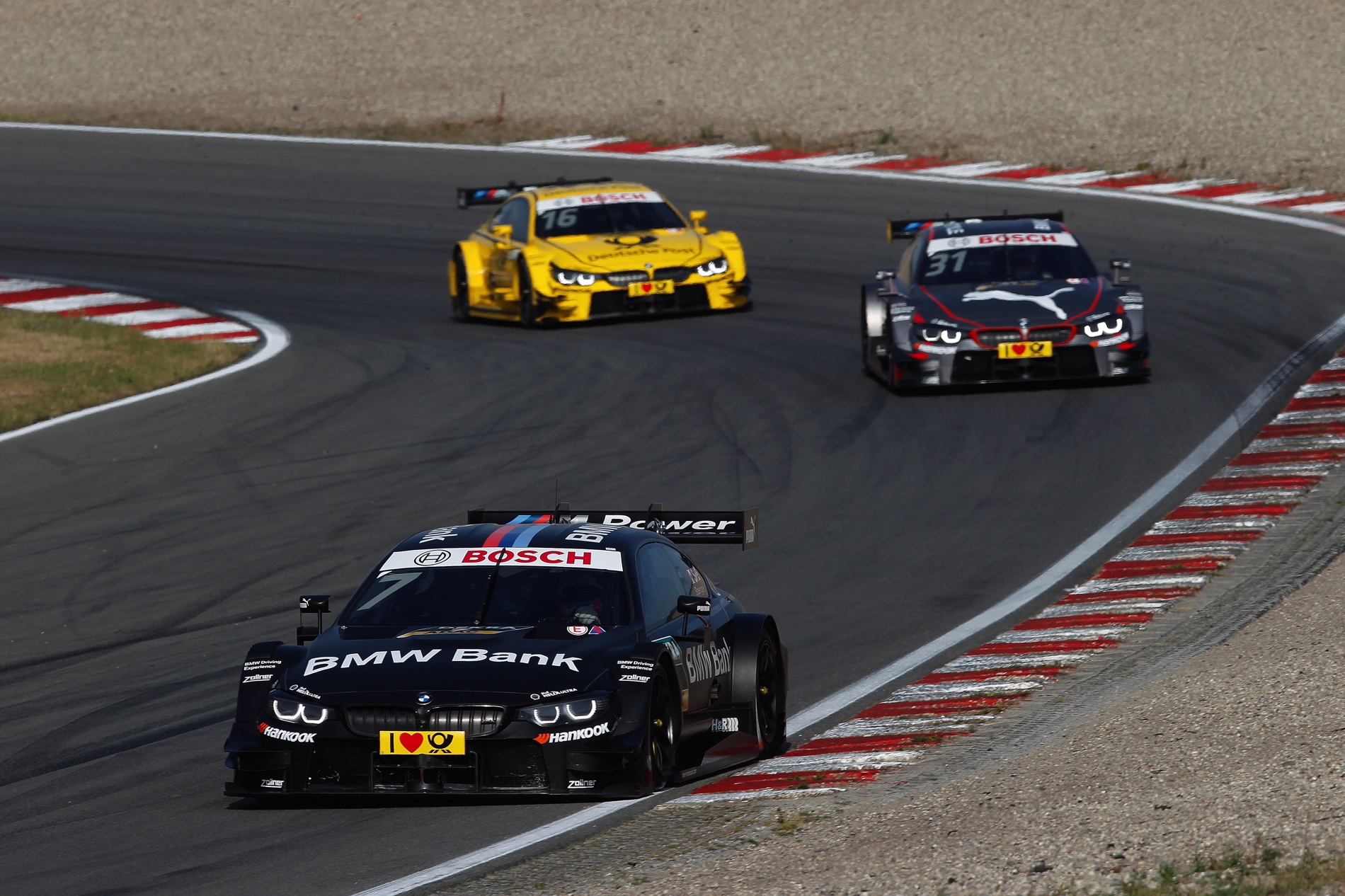 No other make has claimed the top seven positions in the DTM before. Before today, two top-five shut-outs were BMW’s biggest successes.

Marco Wittmann won his first race since the Nürburgring (DE) in 2014. This brought to an end a winless run lasting almost a year for both Wittmann and BMW.

António Félix da Costa made the podium for the first time in his 17th DTM race.

For the first time since the one-two-three-four in Spielberg (AT) in 2014, the podium in Zandvoort featured only BMW drivers. Marco Wittmann was the winner back then too.

DTM rookie Tom Blomqvist scored the first points of his DTM career in his seventh race.

The race was neutralised behind the Safety Car for five laps following a crash involving Paul di Resta (GB, Mercedes) on lap one.

The BMW M Performance Parts M4 DTM of Martin Tomczyk started to smoke at the end of the Safety Car period on lap six. He consequently had to return to the garage and retire.

The second qualifying session begins at 11.35 on Sunday. Before that, the 15-minute warm-up is scheduled for 09.45.