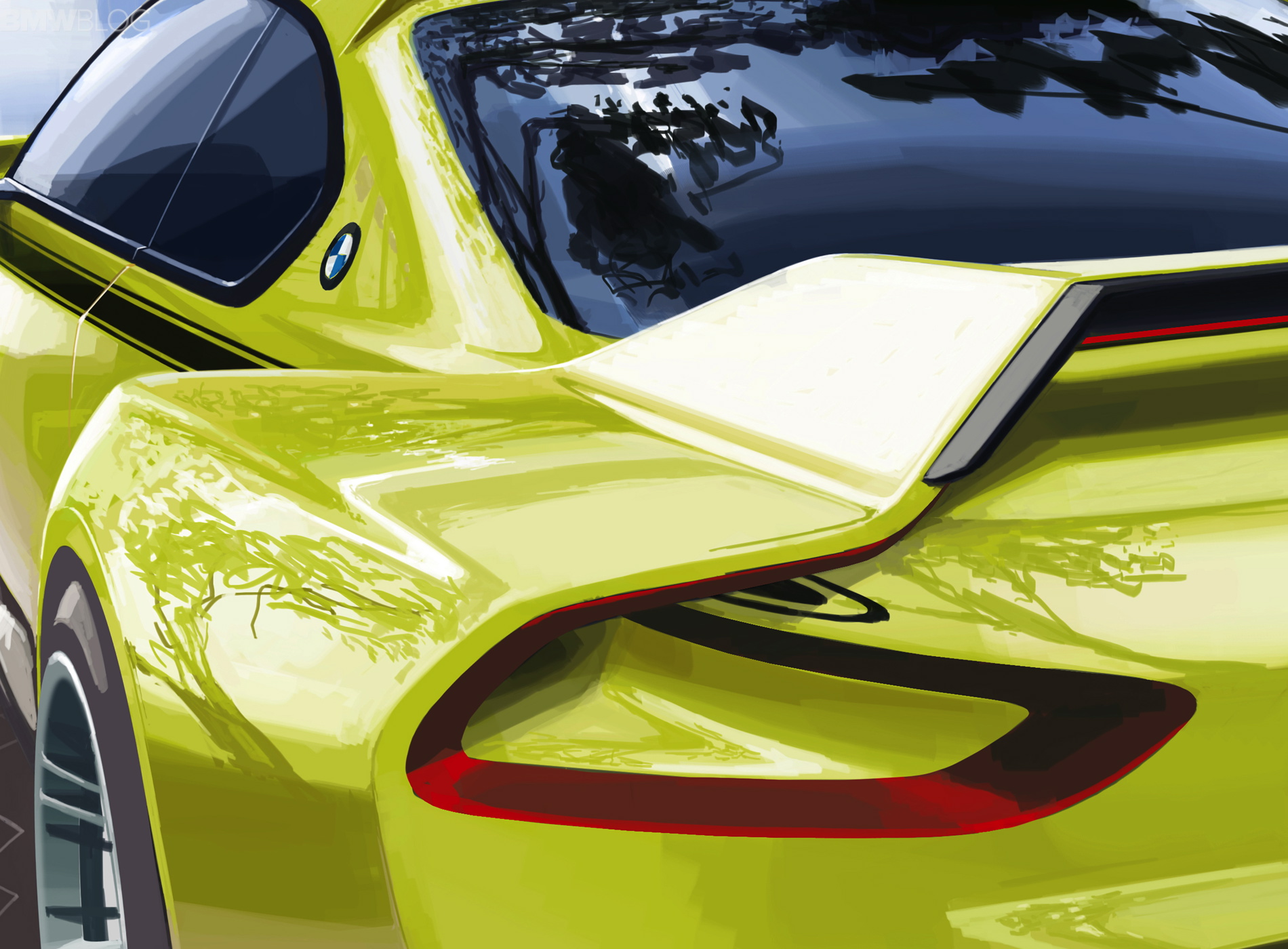 I’m sure by now you’ve all seen the stunning looking tease BMW gave us of the 3.0 CSL Hommage, based on the incredible 3.0 CSL racing car from the 1970s. BMW will be officially displaying said Hommage at the Concorso d’Eleganza this week. The tease of the rear end gives us some idea of what this Hommage will look like and, from the small amount that we’ve seen, looks absolutely stunning. But what’s even more exciting about it, is what it might foreshadow.

The 3.0 CSL Hommage isn’t the first Hommage BMW has done. We recently spoke of the M1 Hommage Concept from 2008. That Hommage Concept went on to lend many stylistic cues to the breathtaking BMW i8. Looking back, it almost seemed as if BMW was using the M1 Hommage to test the waters on certain styling designs. It seems that way in hindsight because of the striking resemblance of the two and the fact that BMW pulled the plug on an M1 production car shortly after the Hommage Concept was raved over by the media.

So could BMW be doing the same with the 3.0 CSL Hommage?

It certainly seems possible. At first glance there are many similarities to the M1 Hommage Concept, in terms of planning. Both Hommages are of revered racing BMWs of the late ‘70s, both have extreme styling, the 3.0 CSL Hommage will most likely not become a production car and both are called Hommages. The 3.0 CSL Hommage is just as polarizing as the M1 before it, and some of the styling cues, like the rear wing built into the rear fender, could very well be stylistic guinea pigs for a future car. The only question is, what future car could it be?

It’s hard to say, because BMW seems to have scrapped the idea of an 8 Series coupe or any kind of supercar for the foreseeable future. It’s possible that BMW could be using this to hint at the next generation of 6 Series or M6, as the original 3.0 CS and CSL were the predecessors of the original 6 Series. So maybe BMW is keeping with the family heritage a bit here. However, that does seem a bit farfetched, as this Hommage’s styling is a bit too flamboyant for the run of the mill 6 Series. Maybe it’s pointing to another future i Division car?

No one can say for sure what the purpose of this 3.0 CSL Hommage is. However, as for all car enthusiasts, it’s fun to speculate and guess what sort of schemes the Bavarians might be up to. If BMW’s previous Hommage has taught us anything, this Hommage will lead to something very exciting indeed.

3 responses to “Might The 3.0 CSL Hommage Become Something More?”