BMW model upgrades for the summer of 2015

Home » Interesting » Others » BMW model upgrades for the summer of 2015 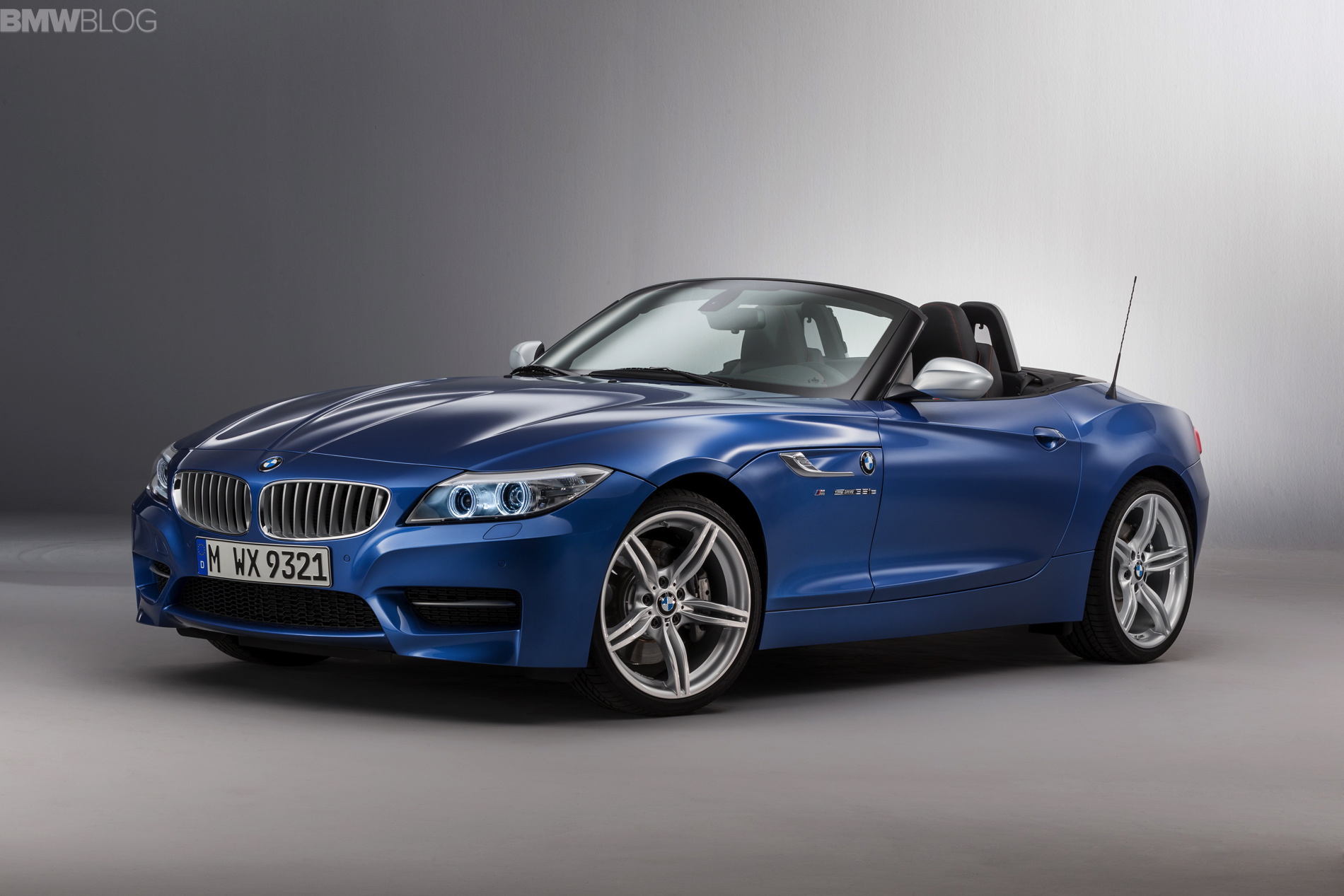 In the summer of 2015, BMW will be continuing with the generation change under the bonnet of many of its model series. Thanks to the optimized efficiency of the new three and four-cylinder engines, both the sporting characteristics and the fuel economy of numerous models will improve yet again. Moreover, the deployment of additional petrol and diesel power units will ensure even more diversity within the model range. Furthermore, as from July 2015, the BMW M235i xDrive Convertible will be the first open-top compact model to offer four-wheel drive as an option.

Moreover, the range of standard and optional equipment is to be extended as from the summer of 2015. The latest generation of the navigation system Professional as well as the Parking Assistant, which is now also usable for transversely positioned parking spaces, will also be available for the BMW 3 Series and the BMW 4 Series. The safety features in the BMW 2 Series Active Tourer and the BMW 2 Series Gran Tourer will be complemented, inter alia, by the Multi-Collision Braking function and the Alertness Assistant. New exterior colours will be available for the BMW 4 Series, the BMW M4 Coupe, the BMW M4 Convertible, the BMW 5 Series and the BMW Z4.

From July 2015, the 3-door and 5-door versions of the BMW 118i will feature a three-cylinder petrol power unit of the BMW Group’s latest engine generation for a further optimised balance between driving pleasure and fuel economy. With the100 kW/136 hp engine, the new 3-door and 5-door variants of the BMW 118i accelerate from 0-100 km/h in 8.5 seconds (automatic: 8.7 seconds). The fuel consumption and CO2 emissions of both models have been reduced to between 5.4 and 5.0 litres/100 km and between 126 and 116 grams/km (with 8-speed Steptronic transmission: 5.2 – 4.8 litres/100 km, 122 – 112 g/km; figures according to EU test cycle, depending on selected tyre size). In all, there is a choice of five petrol and five diesel engines for models of the BMW 1 Series. The power units featured in the models BMW 118d, BMW 120d and BMW M135i can also be combined with BMW xDrive four-wheel drive technology.

From July 2015, two further four-cylinder diesel engines of the latest generation will also be deployed in the BMW 2 Series Coupe and BMW 2 Series Convertible. Both the BMW 218d Coupe and the BMW 225d Coupe will offer a 5 kW increase in power output and further optimised efficiency. Powered by a 110 kW/150 hp engine, the BMW 218d Coupe accelerates from 0 to 100 km/h in 8.4 seconds (automatic: 8.2 seconds). Average fuel consumption and CO2 emissions are now between 4.4 and 4.0 litres/100 km (automatic: 4.2 – 3.8 litres) and between 116 and 106 grams/km (111 – 101 g/km). The engine under the bonnet of the new BMW 225d Coupe features BMW TwinPower Turbo technology with multi-stage turbocharging and delivers a maximum power output of 165 kW/224 hp. The sprint to 100 km/h takes the new BMW 225d Coupe, which features as standard an 8-speed Steptronic transmission, only 6.2 seconds. Average fuel consumption is between 4.6 and 4.3 litres/100 km, with CO2 emissions of between 121 and 114 grams/km (figures according to EU test cycle, depending on selected tyre size). 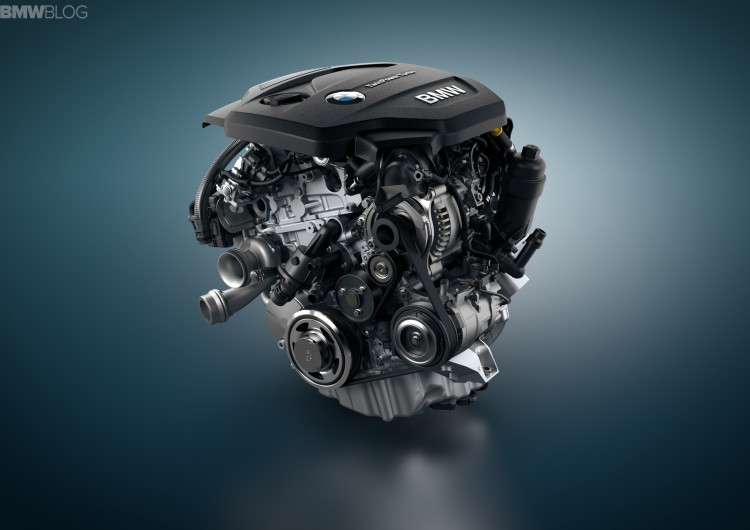 The BMW M235i xDrive Convertible available as from July 2015 will offer a new dimension in open-air driving pleasure. For the first time, an open-top compact model will transfer its engine power to all four wheels. The premiere of the intelligent four-wheel drive system in the BMW 2 Series Convertible is linked to maximum sporting characteristics. Powered by a 240 kW/326 hp straight six- cylinder engine, the BMW M235i xDrive Convertible, which features as standard an 8-speed Steptronic transmission, sprints from 0 to 100 km/h in 4.9 seconds. Average fuel consumption and CO2 emissions are between 8.3 litres/100 km and 193 grams/km (figures according to EU test cycle, depending on selected tyre size). 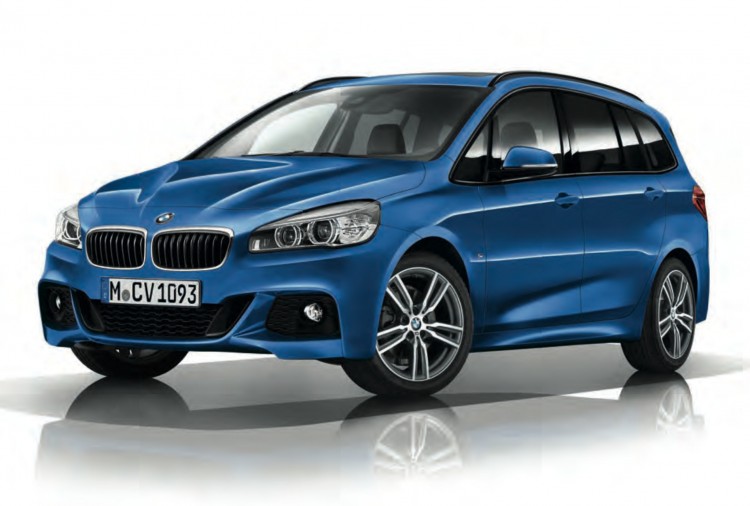 Just a few weeks after its market launch, the BMW 2 Series Gran Tourer will also receive new additions to its engine portfolio. The model range is to be supplemented by the BMW 216i Gran Tourer with a 75 kW/102 hp three-cylinder petrol engine, the BMW 214d Gran Tourer with a three-cylinder diesel engine (70 kW/95 hp) and the BMW 220d Gran Tourer with a four-cylinder diesel power unit (140 kW/190 hp). Featuring the new entry-level petrol engine, the exceptionally spacious all-rounder sprints from 0 to 100 km/h in 11.9 seconds. Average fuel consumption of the BMW 216i Gran Tourer is between 5.6 and 5.3 litres/100 km (CO2 emission level: 129 – 124 g/km). Powered by the new basic diesel engine, the BMW 214d Gran Tourer reaches the 100 km/h mark in 13.5 seconds. Average fuel consumption is as low as 4.1 to 3.9 litres/100 km (CO2 emission level: 109 –104 g/km). Acceleration of the BMW 220d Gran Tourer is 7.9 seconds (automatic: 7.8 seconds), with an average fuel consumption of 4.7 to 4.5 litres/100 km (automatic: 4.6 – 4.4 litres) and CO2 emissions of between 124 and 119 grams/km (122 –117 g/km; figures according to EU test cycle, depending on selected tyre size). Therefore, as from July 2015, there will be a choice of three petrol and four diesel engines available for the BMW 2 Series Gran Tourer. Intelligent four-wheel drive technology featured in the BMW 220d xDrive Gran Tourer will ensure even greater versatility.

Like the BMW 2 Series Gran Tourer, the BMW 2 Series Active Tourer will, as from July 2015, also feature an enhanced range of safety options. Passenger protection in both models has been optimised through the addition of the Multi- Collision Braking function as a standard feature. In the event of a collision, braking pressure is maintained until the vehicle finally comes to a standstill, thereby reducing the danger of further collisions and the damage resulting from them. Furthermore, the Alertness Assistant is now also included in the standard equipment range for both models. This system analyses driving behaviour, and as soon as there is indication of tiredness and/or reduced alertness, it shows a graphic symbol on the control display suggesting that the driver should take a break.

In addition, the details provided by the optional Head-Up Display in the BMW 2 Series Active Tourer and the BMW 2 Series Gran Tourer have been enhanced. In future, the status information given by the Speed Limit Device will be shown directly within the driver’s field of vision, making a comparison with the details provided by the Speed Limit Info system far easier. When the prevailing speed limit changes along a driven route, the driver is now able to adjust the Speed Limit Device to the new value simply by operating the button located on the multi-function steering wheel.

The most powerful representative of the new generation of four-cylinder diesel engines will make its debut in the Sports Activity Vehicle segment in August 2015. The 170 kW/231 hp power unit featured in the four-cylinder versions of the BMW X5 is particularly effective not only as a result of its maximum power output, but also thanks to a 500 Nm increase in maximum torque and an exceptionally high degree of efficiency. The new BMW X5 sDrive25d and the new BMW X5 xDrive25d accelerate from 0 to 100 km/h in 7.7 seconds. Fuel consumption and emission levels of both SAV models range from 5.4 to 5.3 litres/100 km and 141 to 139 grams/km for the BMW X5 sDrive25d and 5.6 to 5.6 litres/100 km and 148 to 146 grams/km for the BMW X5 xDrive25d; figures according to EU test cycle, depending on selected tyre size).

A generation change in the comfort options available for the BMW 3 Series and the BMW 4 Series also effectuates a targeted increase in driving pleasure. The current version of the navigation system Professional is characterised by refined graphics and enhanced computing performance as well as the exceptionally high- quality design of the 8.8-inch onboard monitor with larger glass surface and a slim surround. Furthermore, the new navigation system Professional offers an innovative option for map updating. New navigation data is transmitted into the car per mobile communication via the SIM card that is permanently integrated into the vehicle – without the need for external data carriers and a manual installation. As a result, comfort and reliability of the routing function are further enhanced. The system updates its navigation data up to four times a year when a new map version becomes available. This service is provided to the user free of licence fees and transmission costs within the first three years after first registration.

Furthermore, the functional range of the navigation system Business is to be extended as from July 2015. Customers with vehicles equipped with this option can obtain the map update – likewise without licence fees and within the first three years after first registration – from BMW dealers or BMW branches respectively. Alternatively, it is possible to download the current data from the BMW ConnectedDrive Store on the Internet and then transfer it to the vehicle’s navigation system via USB stick. In conjunction with the navigation system Business, the display of sport modes on the control monitor will be possible. In the SPORT mode of the Driving Experience Control function, it will be possible to display graphics providing information on the current engine performance and torque data.

New-generation parking assistant and model Advantage for the BMW 3 Series and the BMW 4 Series.

Furthermore, as from July 2015, the new, functionally optimised version of the Parking Assistant will be available for the BMW 3 Series and the BMW 4 Series. This option assists the driver with the choice and use of both parallel and transverse parking spaces. The system recognises parking spaces as suitable if they exceed the vehicle length by more than 80 cm or are at least 2.50 m wide respectively. A space that is suitable for automatic parallel parking may be restricted by two vehicles or by obstacles such as flower boxes or dustbins. In addition, the new version of the Parking Assistant can also be used for parallel parking if there is only one vehicle or another obstacle positioned before the chosen parking space.

A new structure introduced to the range of equipment lines will in future also offer extended possibilities for targeted individualization of the BMW 3 Series and BMW 4 Series. As an alternative to the basic equipment range, the model Advantage is now available for each of these series. This variant comprises the equipment options Park Distance Control with sensors at the rear, cruise control system with braking function and Storage Package as well as 16 or 17-inch light- alloy wheels (depending on the engine variant). Further equipment lines available for the aforesaid series are the models Sport Line, Luxury Line and M Sport.

As an alternative to the printed manual, drivers of current BMW models are now already able to access the interactive instruction manual using the iDrive control system. The digitalised owner’s manual, which has been supplemented by animations and quick links, is also available for download in a vehicle-specific version and, as from July 2015, can also be accessed on smartphones and tablets. The new BMW Driver’s Guide App is available for all current BMW models with the exception of the BMW Z4 and provides the driver with detailed information on all functions of his or her BMW whenever and wherever it is needed. 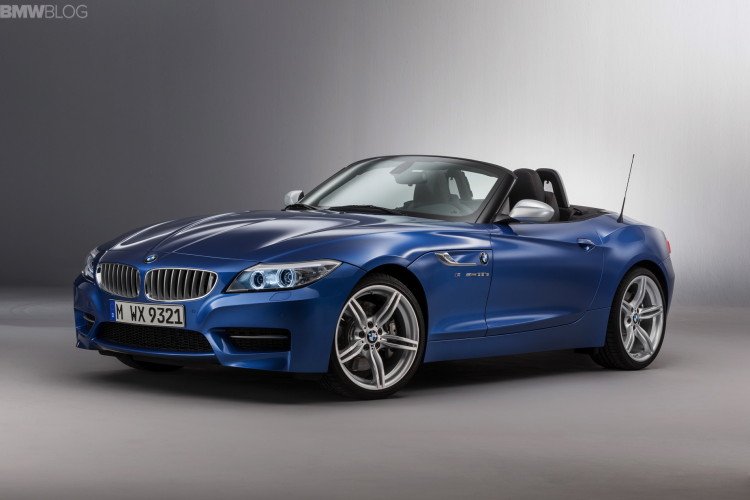 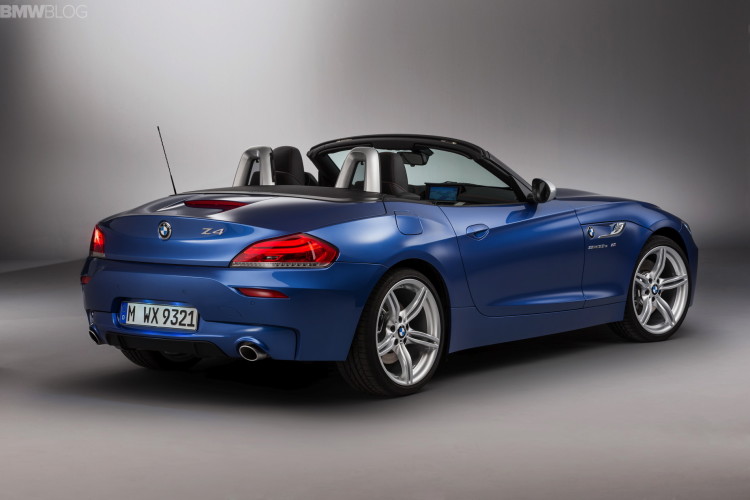 The latest introductions to the range of exterior colours by BMW Individual now offer new possibilities of giving BMW models a particularly expressive and shiny appearance. From July 2015, the new BMW Individual colours Champagne Quartz metallic and Smokey Topaz metallic will be available for all models of the BMW 4 Series as well as for both body variants of the BMW M4. In future, both the BMW 5 Series Sedan and the BMW 5 Series Gran Turismo are to be had in the BMW Individual exterior colour Tanzanite Blue metallic. In conjunction with the M Sport Package, the Z4 Roadster will also be available for the first time in Estoril Blue metallic as from July 2015.

3 responses to “BMW model upgrades for the summer of 2015”