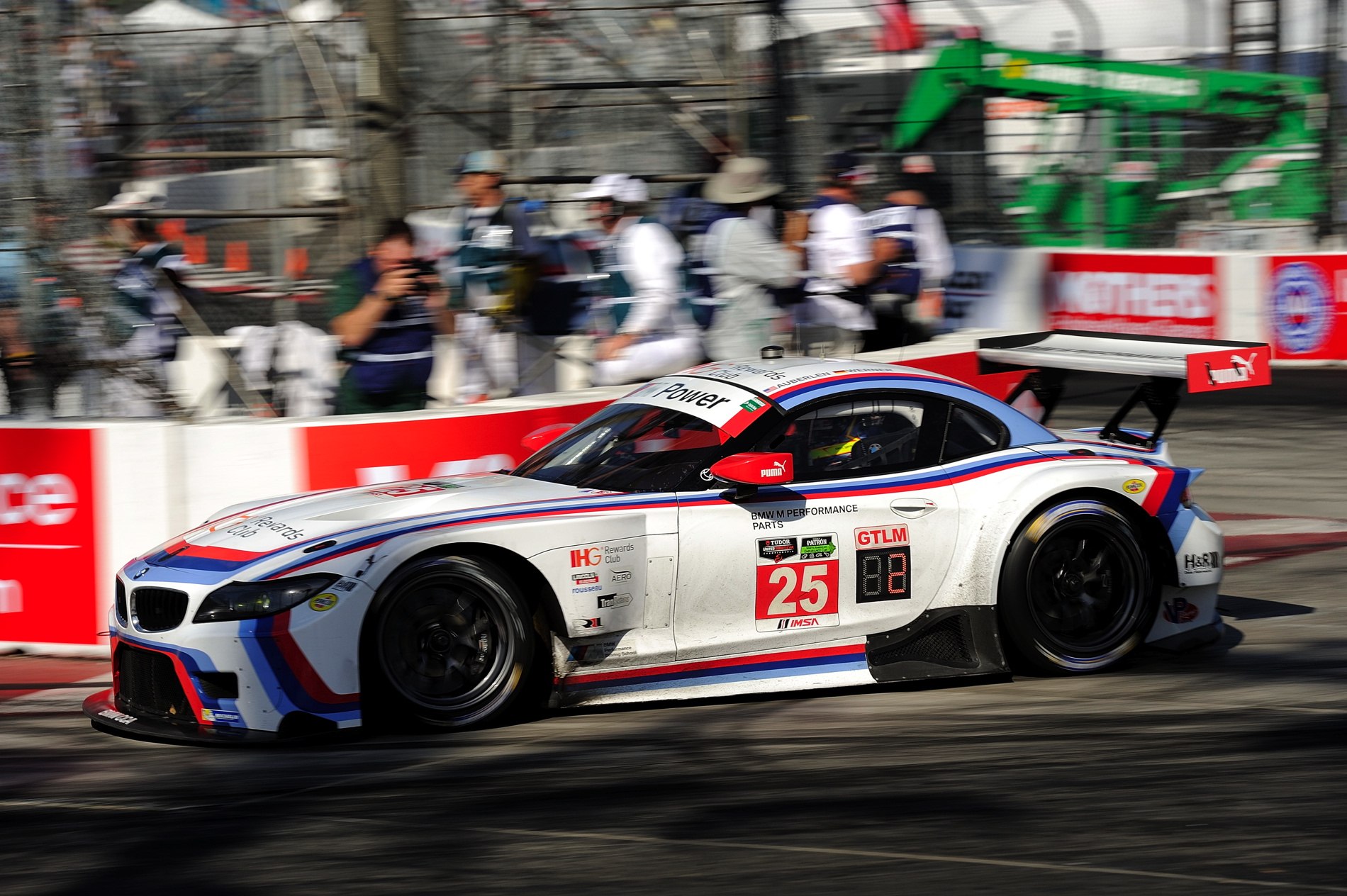 Bill Auberlen and Dirk Werner, driving the No. 25 BMW Team RLL Z4, drove to a dramatic GTLM class victory today at the Sports Car Showcase at Long Beach. The duo completed 76 laps of the 1.968-mile, 11-turn temporary street circuit during the 100 minute race, finishing 2.9 seconds in front of the No. 62 Ferrari.

The victory was the first for BMW Team RLL since a win at Lime Rock Park in 2013 and the 11th since the program’s inception in 2009. The win also moves Auberlen’s tally of all-time North American sports car victories to 54, second only to Scott Pruett (59). 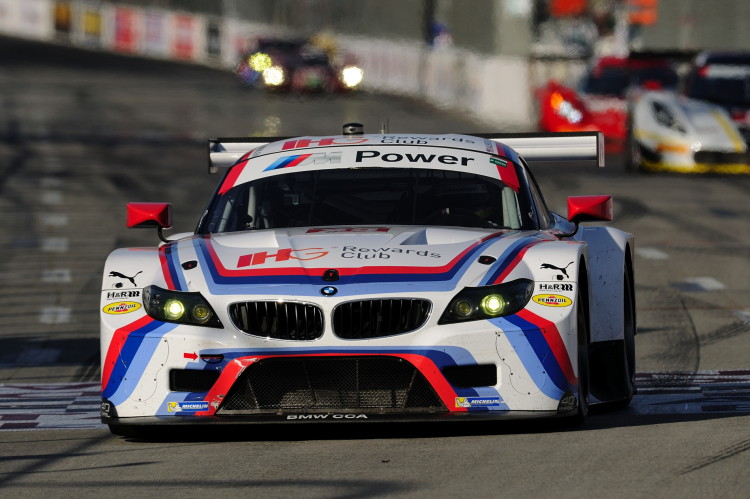 Auberlen started the race from the pole but both he and John Edwards, in the No. 24 car on the outside of the front row, were passed by the Ferrari on the first lap. Both BMWs held station for the opening stint with Auberlen the first in the class to pit on lap 31. A poorly venting fuel tank and slow fuel fill delayed Werner’s departure from the pits after he exchanged with Auberlen. He dropped to fifth place as Luhr, entering the No. 24 car on the next lap, benefited from usual quick team service and took over the second position. 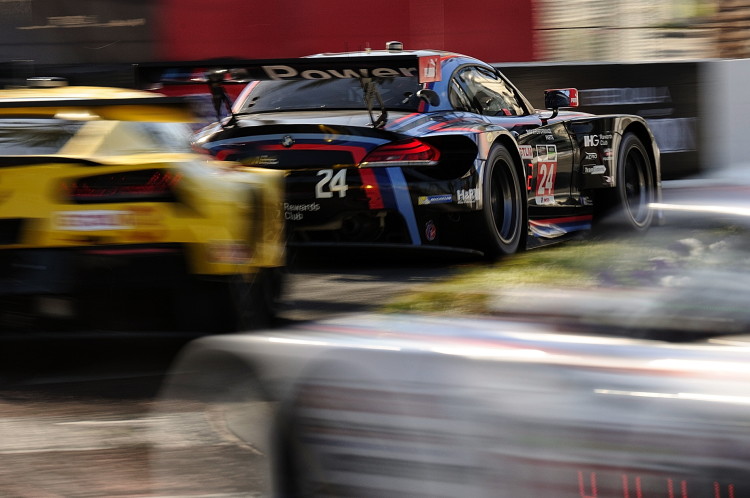 With one hour complete, Werner had made up all the time lost in the pits and had passed for fourth. On lap 45 he moved into third, only 0 .6 seconds from the 24 car, still in second place. Werner passed his teammate and set his sights on the Ferrari some eight seconds ahead. On lap 63 the German BMW Motorsport driver set a new race record (1:18.009 minutes) and two laps later drove past the Ferrari for the lead and the victory. 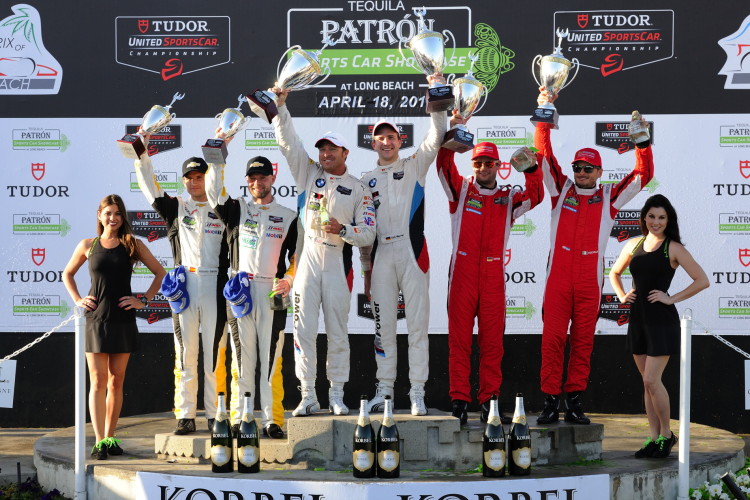 Ultimately, John Edwards and Lucas Luhr finished a disappointing fifth after a suspected brake issue slowed Luhr in the closing stages of the race. 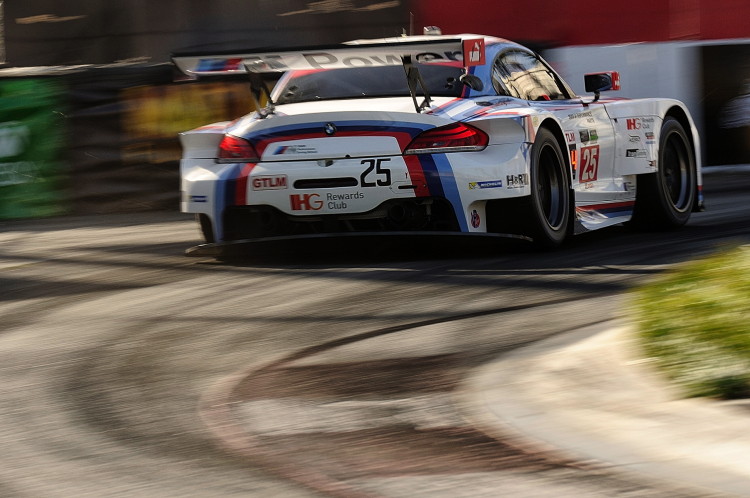 Bobby Rahal (Team Principal, BMW Team RLL): “It is great to be back in victory lane. Both drivers did a great job, Bill at the beginning, while Dirk was fast at the end and able to chase the Ferrari down. I felt we could win this race even though I knew how tough the competition would be. It is gratifying to actually do it.”

Bill Auberlen (No. 25 BMW Z4 GTLM, 1st place): “This is a special win as it has been a long time for our team. On top of that it is my home race. Between Dirk and myself we pretty much checked off every box this weekend. We won, we had pole and the lap record in qualifying and Dirk brought it home with the win and a new lap record in the race. You can’t do much better than that. When it came to the race the extent of my lead was on the pace lap. I wanted to get a really strong jump off the hairpin but (Giancarlo) Fisichella in the Ferrari passed John Edwards in the sister car and then it went by me. I was thinking there was nothing I could do. I then just hunted him down and stayed with him and we were really close. He made no mistakes and I was waiting for one. So then we went off strategy as when he stayed out I came in and we had a little issue in the pits with a long fuelling. We saw our lead go away, but you never give up in racing and Dirk proved that with his stint.”

Dirk Werner (No. 25 BMW Z4 GTLM, 1st place): “For me it is a great feeling to not only win with BMW for the first time in this championship since 2013, but for me the last win was five years ago in a car race. I have been waiting for this win and today is just a great day. Everybody in the team deserves this. Last year was a tough year and this year, especially at this track now, the car is really good. Everyone can be proud.”

John Edwards (No. 24 BMW Z4 GTLM, 5th place): “It was a bit of a disappointing day for the black car. I feel as we started on the front row we at least wanted the same result at the finish. The Ferrari made it interesting for my stint after dragging us down to turn one. Unfortunately Lucas had a problem at the end, but I think that is why everyone enters two cars – we had two shots. Congratulations to the 25 car! It is a great day for BMW to race the Z4 back to victory lane.”

Lucas Luhr (No. 24 BMW Z4 GTLM, 5th place): “First of all it is obviously a good day for BMW. The Z4 has won a race in 2015, so that is good and well done to Bill and Dirk for that. I struggled, especially at the end, and I nearly hit the wall twice. I don’t know exactly what happened as we have to investigate it. It is too early now to say after the race what happened, but it is like this in racing sometimes and it is just not your day. For our car, or for me personally, it was not so good today, but next time things can get better. The most important thing is that a BMW is on top.”

The 2015 TUDOR United SportsCar Championship stays on the West Coast for the fourth round, The Monterey Grand Prix, at Mazda Laguna Seca Raceway on May 3, 2015. The two-hour-and-forty-minute race will be broadcast live on Fox Sports One at 4:00 p.m. ET. 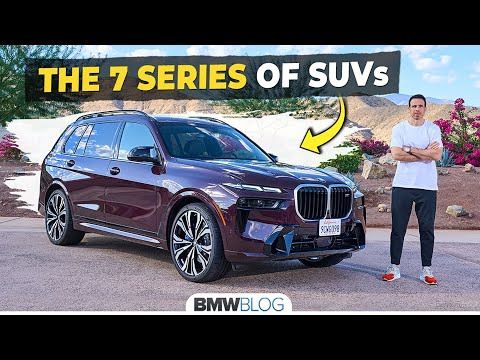