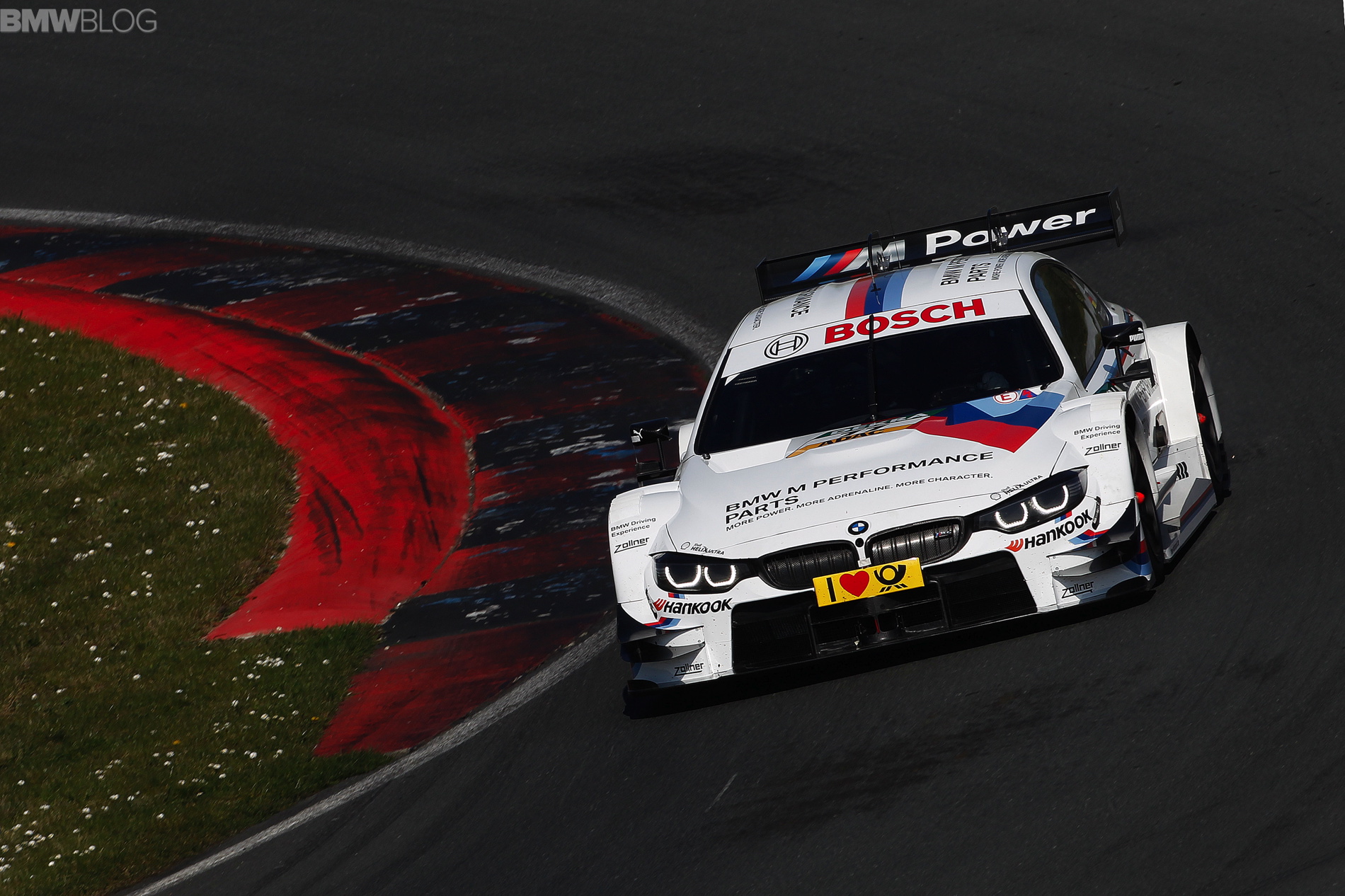 With two weeks remaining until the start of the 2015 DTM season, BMW Motorsport has completed its programme of preparations. From Tuesday to Thursday, the four BMW DTM teams and their eight drivers took part in the final pre-season test at the “Motorsport Arena Oschersleben” (DE). The first two races of the year will take place in Hockenheim (DE) on 2nd and 3rd May.

The BMW DTM teams and drivers used the three-day test at the 3.667-kilometre circuit to continue work on the set-up of the BMW M4 DTM. The conditions were generally good in the Magdeburger Börde region of Germany, with plenty of sunshine, spring temperatures and some strong gusts of wind. 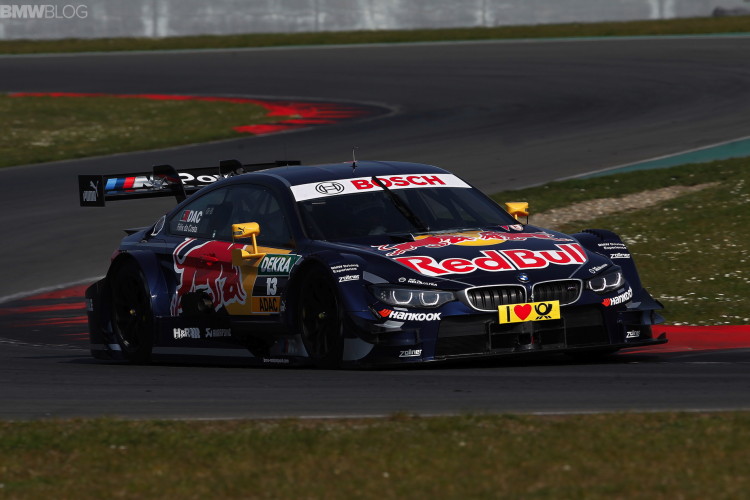 The fastest time of the day went to a BMW driver on two of the three days. On Tuesday, Marco Wittmann (DE, BMW Team RMG) clocked the fastest lap time of 1:19.913 minutes at the wheel of his Ice-Watch BMW M4 DTM. With this time, Wittmann was also the fastest man overall at the Oschersleben test. On Wednesday, Tom Blomqvist (GB, BMW Team RBM) topped the time sheets, setting a time of 1:20.216 minutes in his BMW M4 DTM. On the third and final day, Wittmann recorded the fastest time of the afternoon session in 1:19.990 minutes. In the day’s rankings he came second. In total, the eight BMW DTM drivers completed more than 6,000 kilometres in Oschersleben.

The next stop for the eight BMW DTM drivers is Nürnberg (DE), where BMW Motorsport will present its complete programme for 2015 on 26th April. Visitors to the official BMW Motorsport Car Launch at the BMW Dealership in Nürnberg can look forward to an exciting programme, which includes the BMW works drivers and various BMW racing cars. 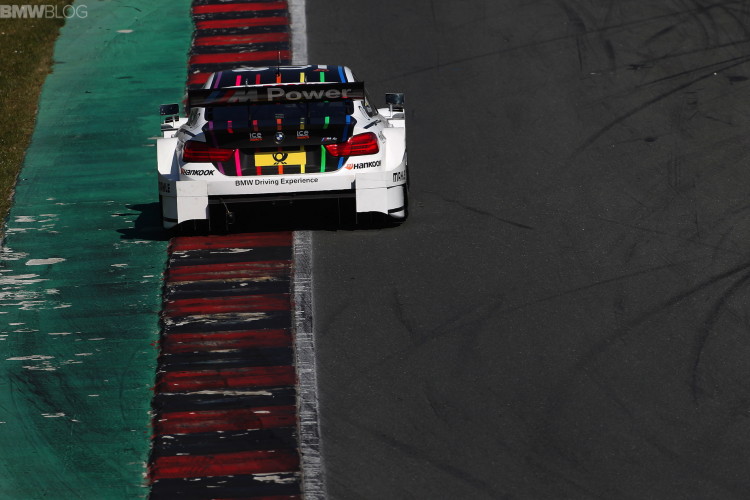 Marco Wittmann: “In general, we can be really satisfied. We had three great days of testing with sunshine and good conditions, which are not guaranteed over here at this time of the year. So the test was clearly positive and also the programme we went through worked very well. We were able to make further improvements compared to the test in Estoril, and this makes us confident for Hockenheim. For sure, there is still a small question mark over where everyone stands, and this will only be answered in qualifying for the season opener. But overall we are really optimistic.”

Maxime Martin: “It is always great to be in the car. We had a good test here in Oschersleben, we worked a lot on the set-up and made some good changes, which worked well here on this track. Overall, I think we are quite well prepared to attack in Hockenheim and will try to have a good race there.” 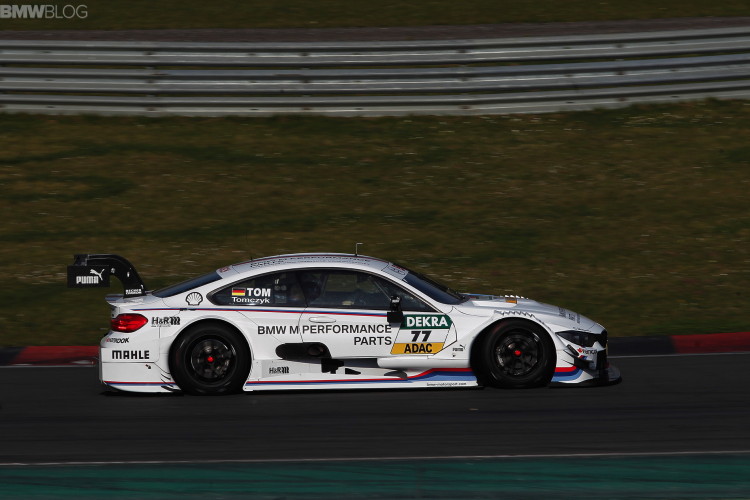 Martin Tomczyk: “I am really happy with the pre-season testing we have done. When it comes to the set-up of the car, we have gained a lot of valuable information on what action we need to take, and have come up with a good set-up. With that in mind, I am confident we are well positioned ahead of the season-opener in Hockenheim.”

António Félix da Costa: “After this test we can go to Hockenheim in a confident mood. The team did a great job in setting the car up to Martin’s and my preferences, and I am very happy with the handling. Overall we have made further important progress over these three days. I am pretty optimistic that we are well prepared for the season opener.”

Augusto Farfus: “I think we did a good job at this test. It was good to have these three days to work on the car and all went smoothly. Also the weather was nice with sunshine on all three days. We made some good steps with the set-up here at Oschersleben. We can see that the field is very close together, but I think we are ready to start the season, and after the long winter I am now looking forward to Hockenheim.”

Tom Blomqvist: “I am pretty happy with how the test went. I am getting more and more comfortable in the BMW M4 DTM every time I drive the car. For sure, we have to wait and see in Hockenheim where we stand. But for me it is all about maximising my learning process as much as possible, and to know what I have to do at the race weekends to get up to speed as quickly as possible.”

Bruno Spengler: “We went through an intensive testing programme at Hockenheim and made good use of the three days and the nice conditions. We did some longer runs as race simulations, and most of all we fine-tuned the set-up of the car in order to get the maximum out of the potential of the BMW M4 DTM. We were well able to complete our programme and are now ready for the first race weekend of the season.”

Timo Glock: “The test went well and we were able to make good use of the track time. We were lucky with the weather, even if it was a bit windy on the second day. In general, I am happy with our preparations, but at the moment it is still difficult to judge where we stand. To find out we will have to wait until the first race weekend. But our car should be well prepared, and we think that we have every reason to head to Hockenheim with confidence.” 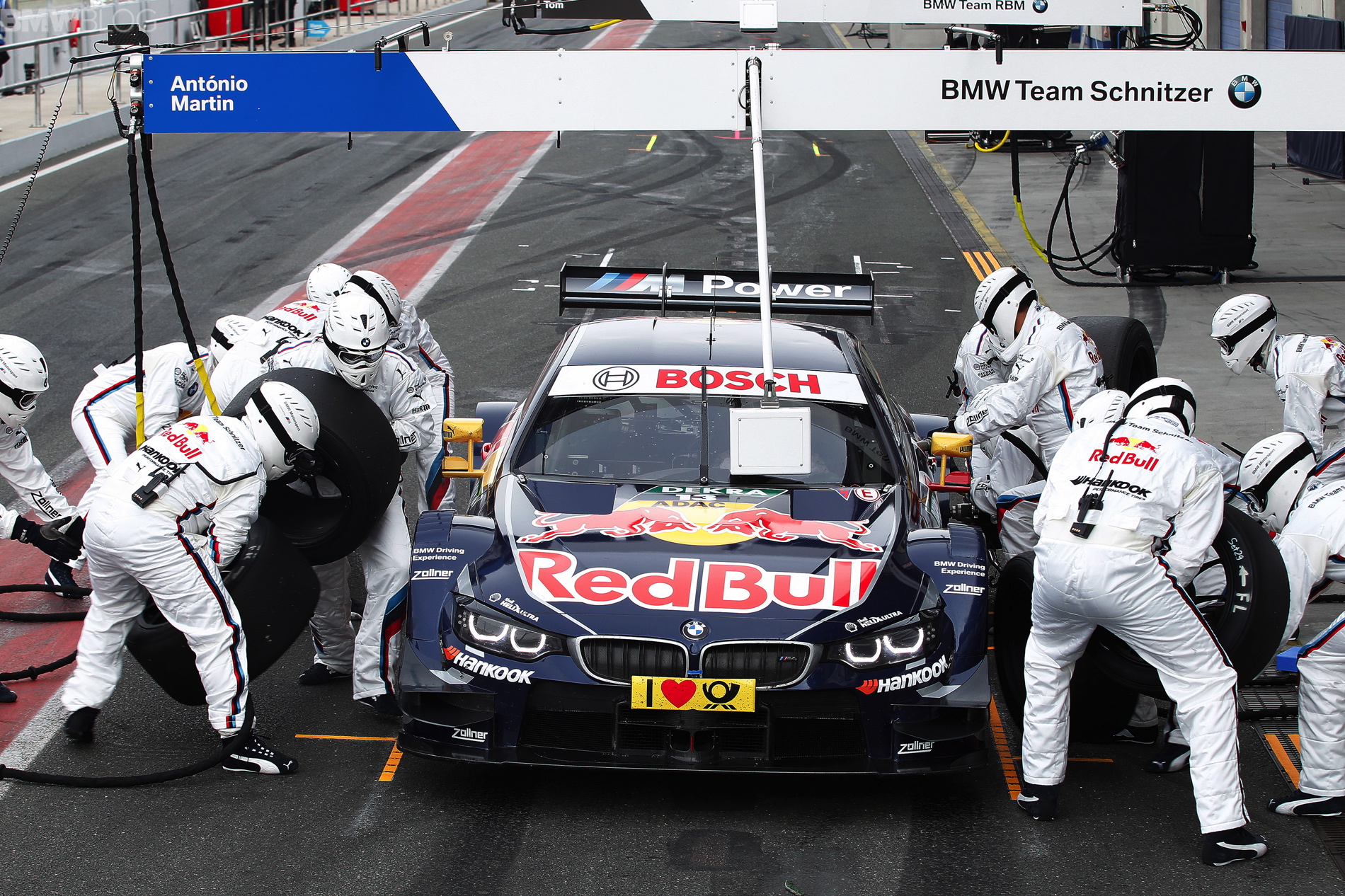 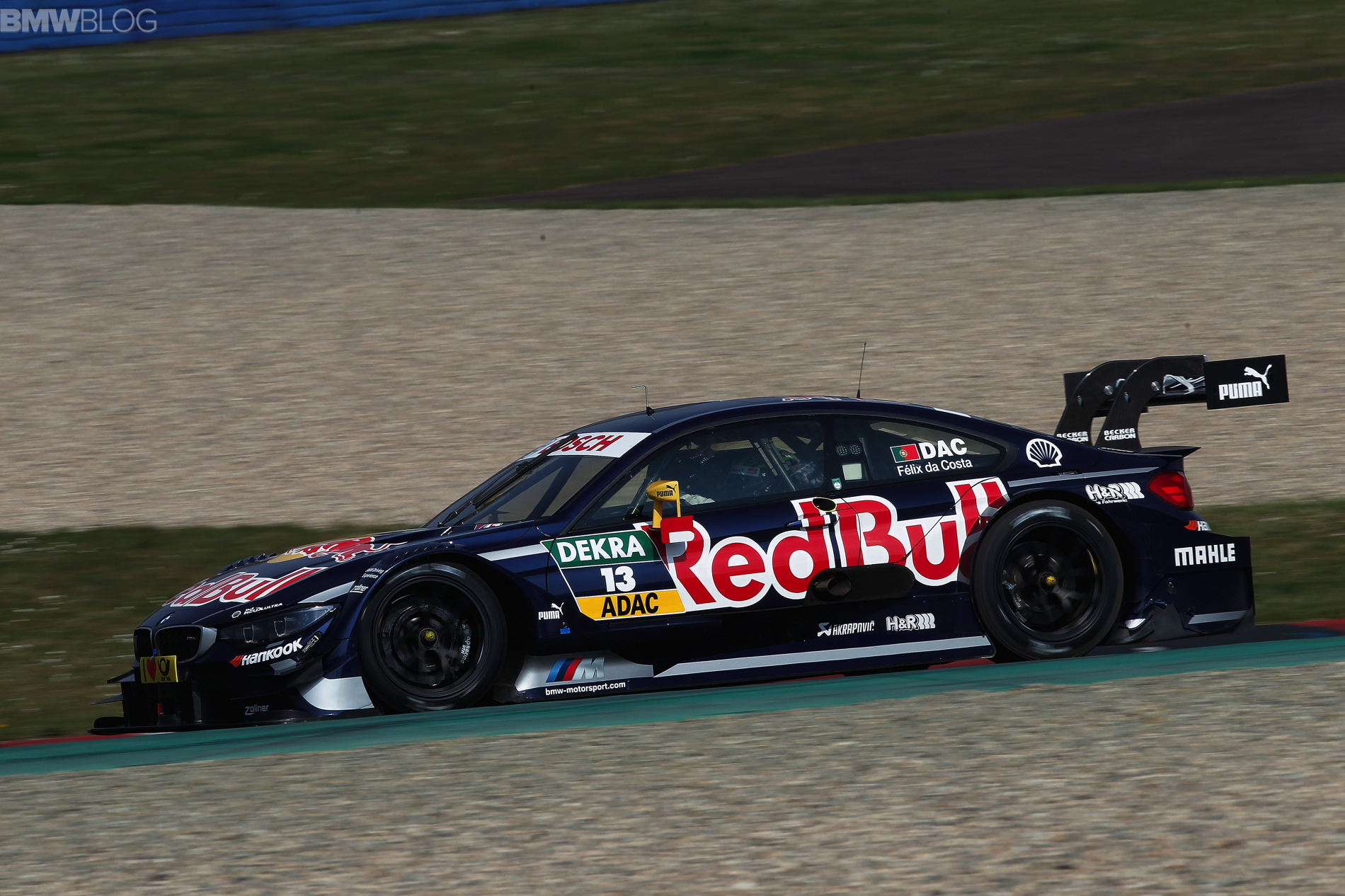 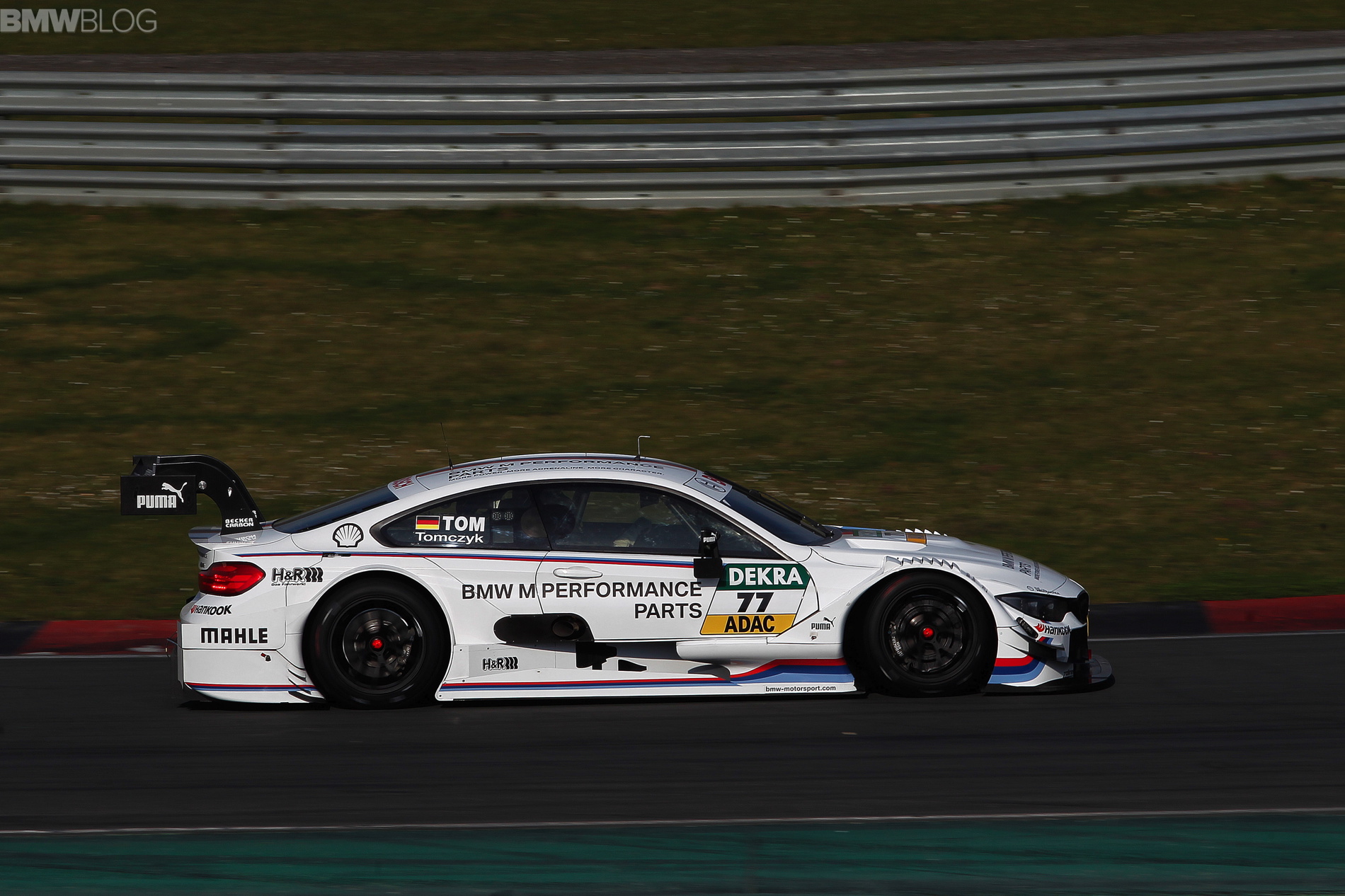 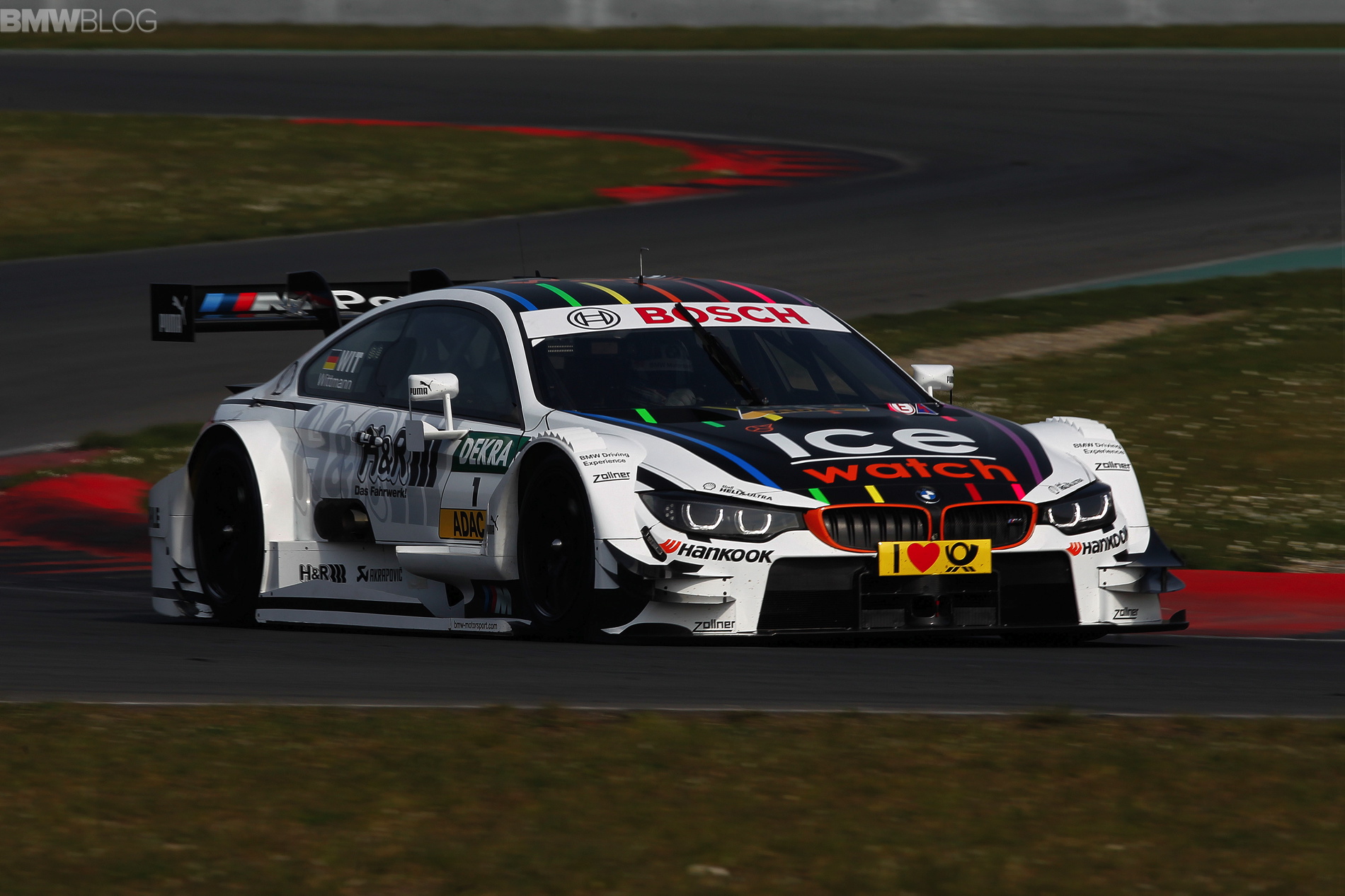 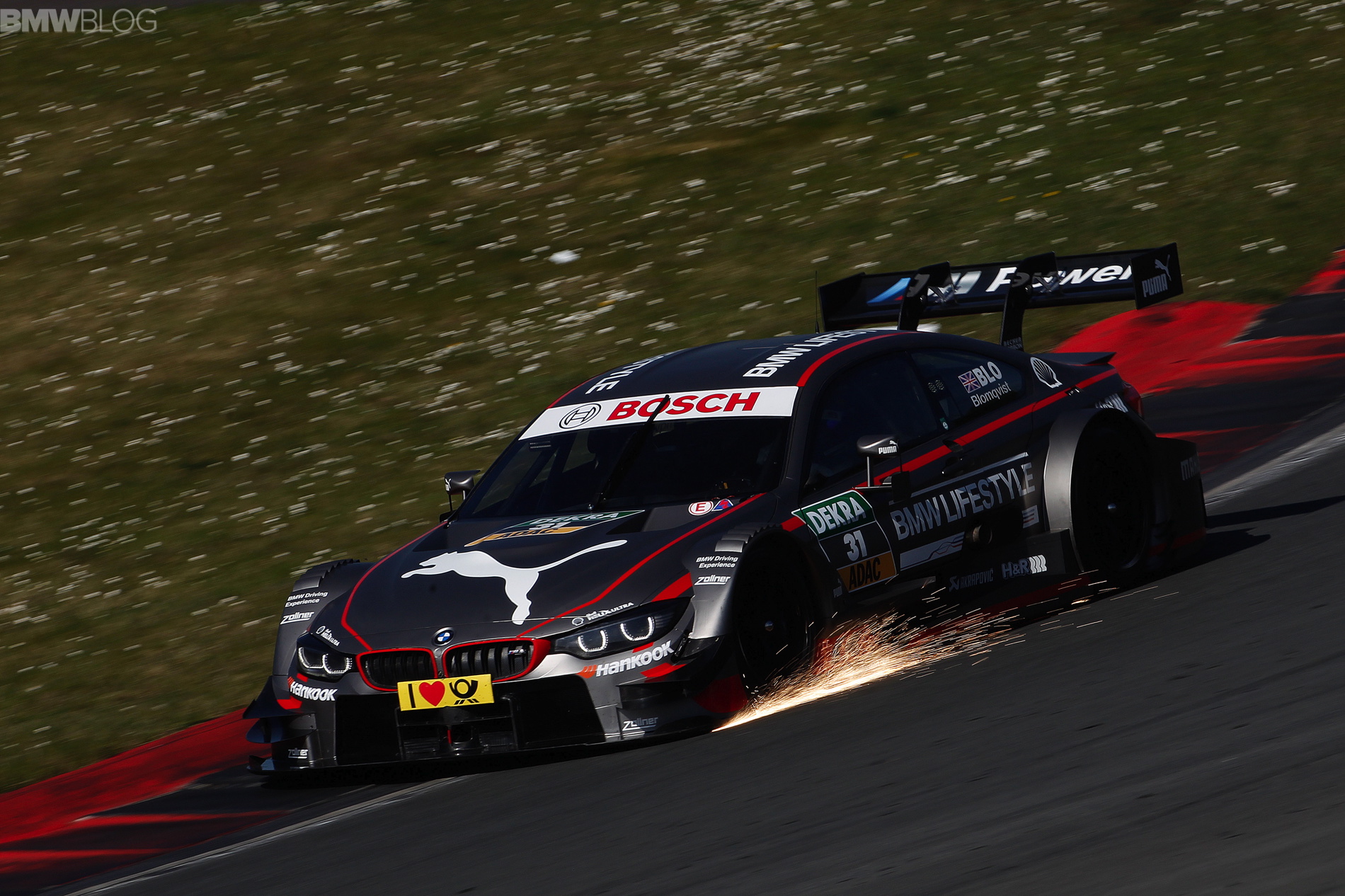 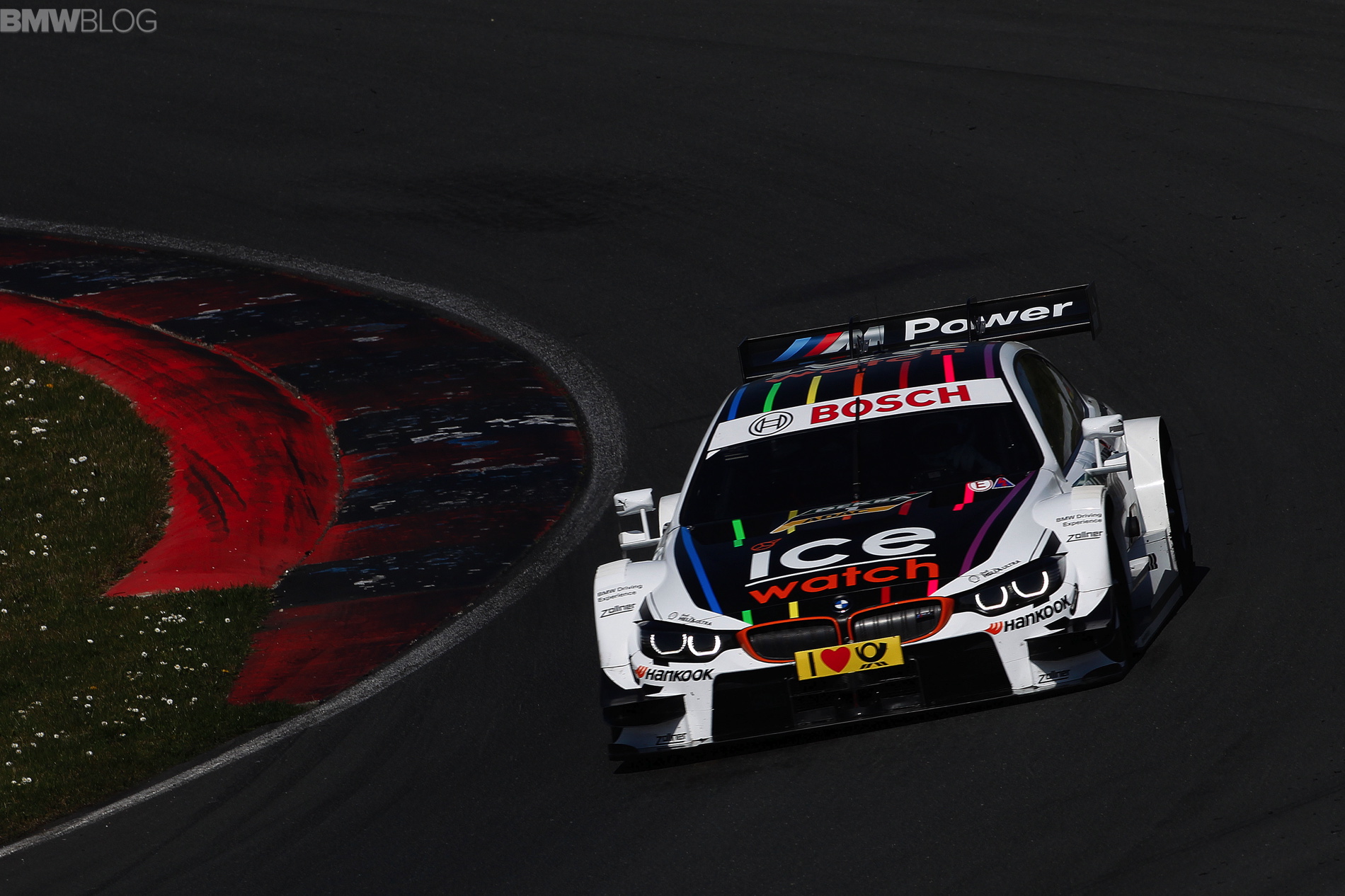 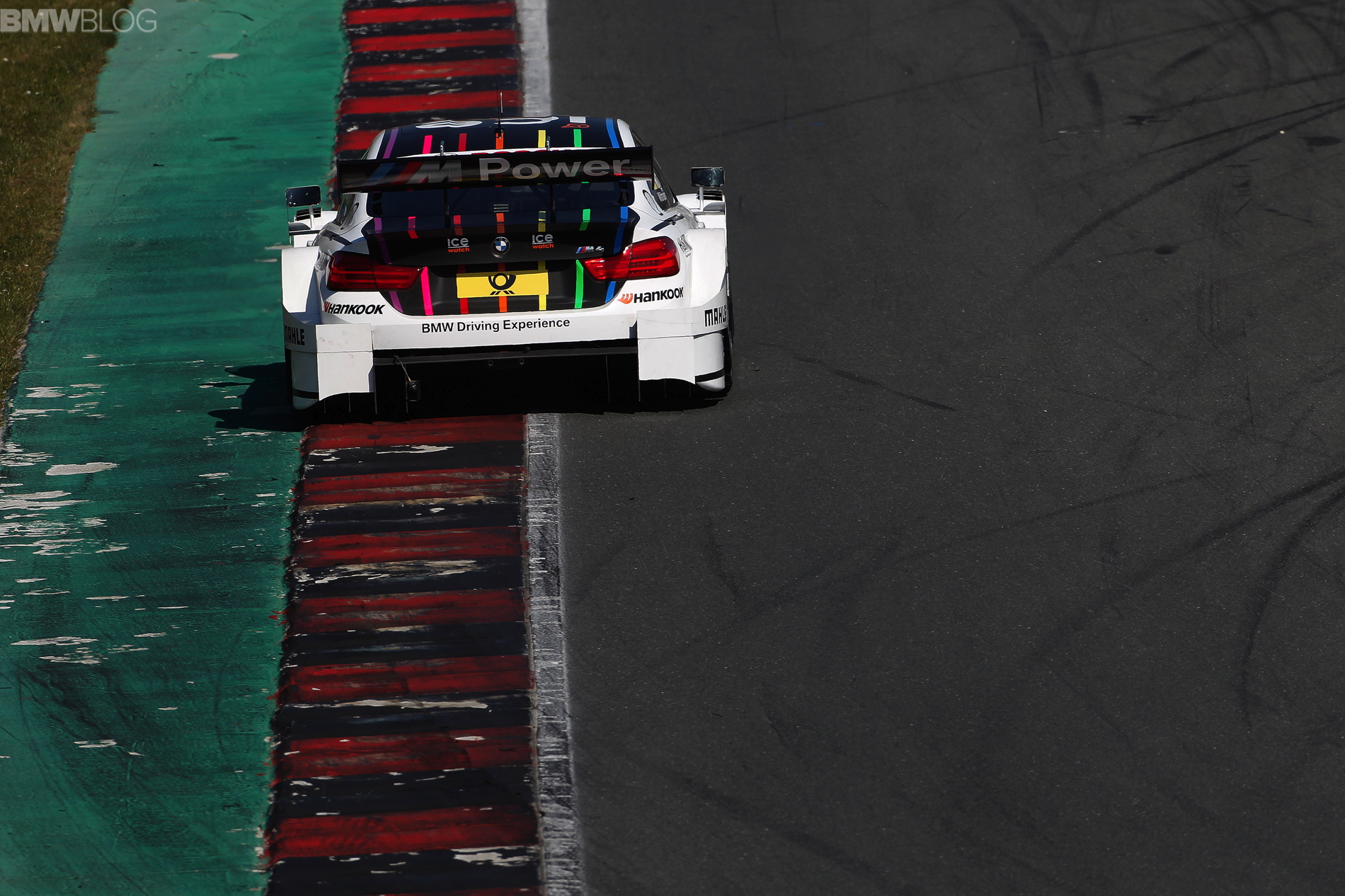 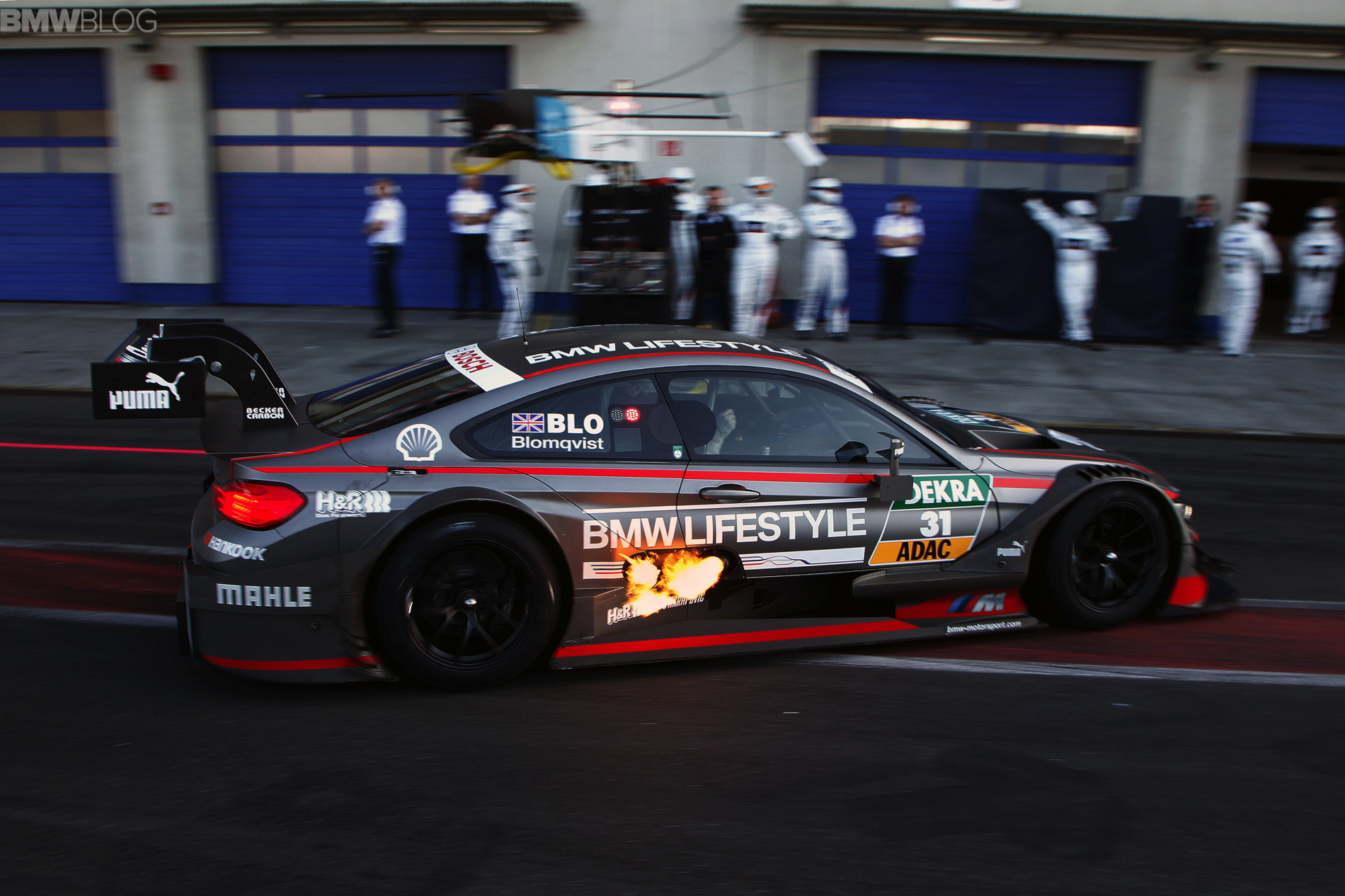 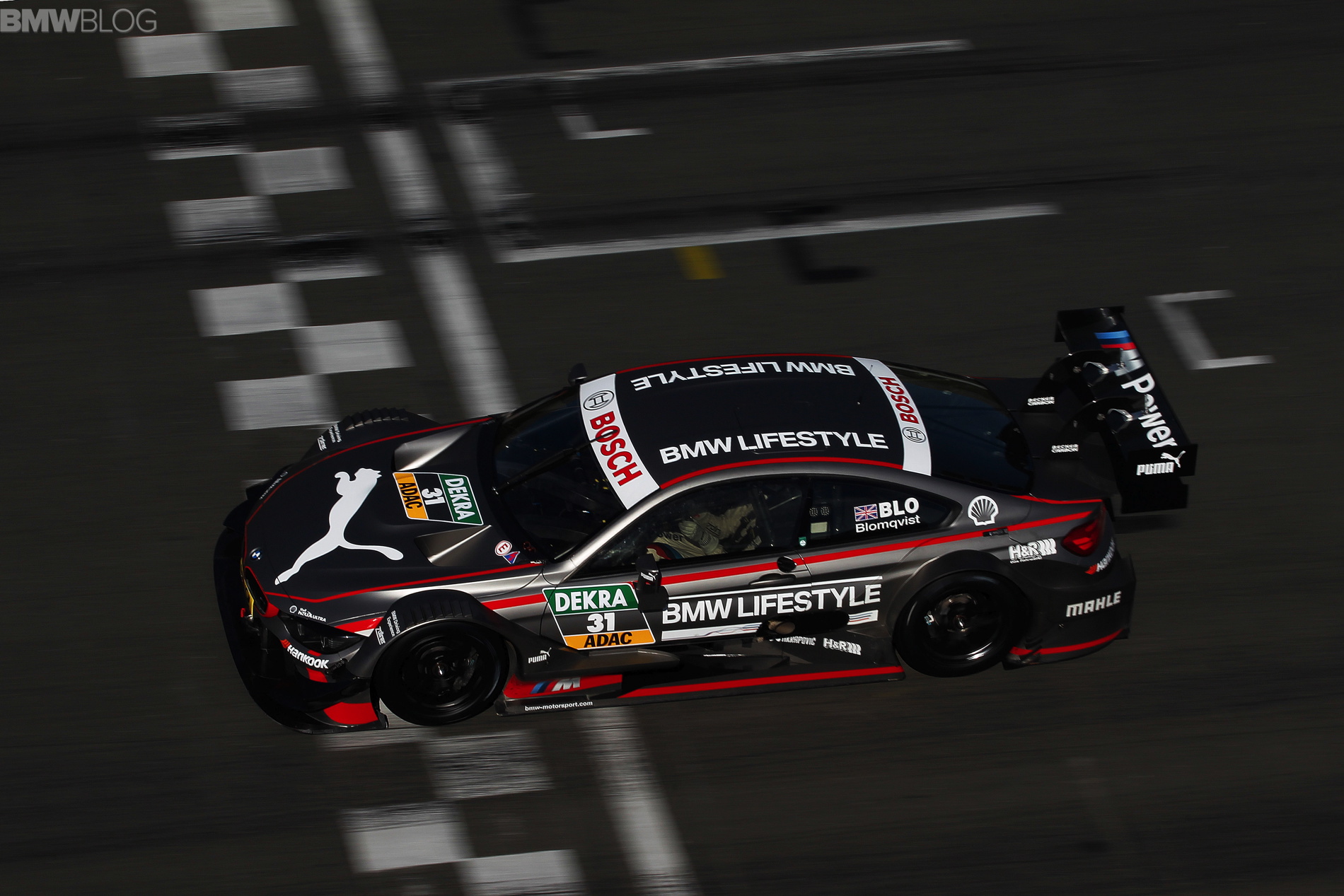