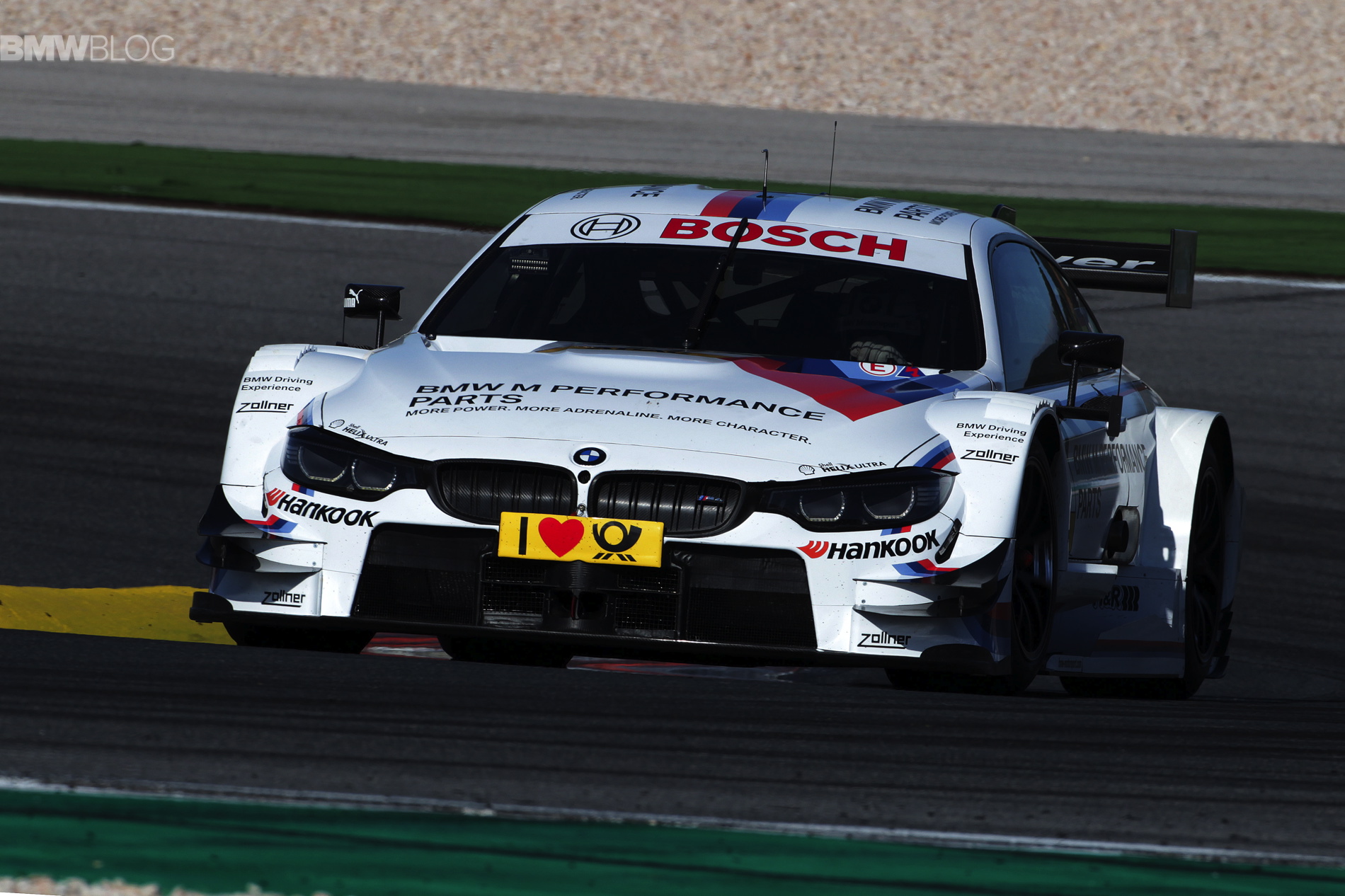 The crucial phase of preparations for the 2015 DTM season is underway. Two BMW M4 DTMs got their first test kilometres of the year under their belts in ideal conditions and beautiful spring weather in Portimão. The two cars in action completed a total of more than 3,000 kilometres between Monday and Wednesday.
Six of the eight drivers who will compete for BMW Motorsport in the DTM in 2015 were given time at the wheel in Portimão. Over the course of the three test days, Bruno Spengler (CA), António Félix da Costa (PT), Timo Glock (DE), Tom Blomqvist (GB), Maxime Martin (BE) and Martin Tomczyk (DE) were all in action at the “Autódromo Internacional do Algarve”. This was Blomqvist’s first outing as a BMW works driver, having secured the eighth seat in BMW Motorsport’s DTM squad in February. 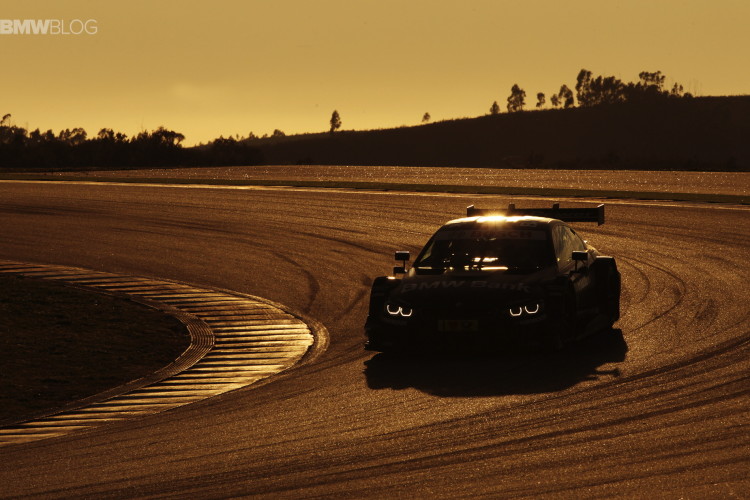 The engineers focussed primarily on the set-up of the BMW M4 DTM in Portugal. The test also provided an important opportunity to test improvements to those areas of the car that are not subject to the homologation. The goal for the drivers was to spend as much time as possible on track, in order to regain a feel for the car on a racetrack after the long winter break.
Portimão saw all three manufacturers in the DTM meet for the first time this year. The official ITR test is scheduled for 25th to 27th March in Estoril (PT). That is followed by the final tests in Oschersleben (DE) from 14th to 16th April. The 2015 DTM season then kicks off with the opening race in Hockenheim (DE) on 2nd May. 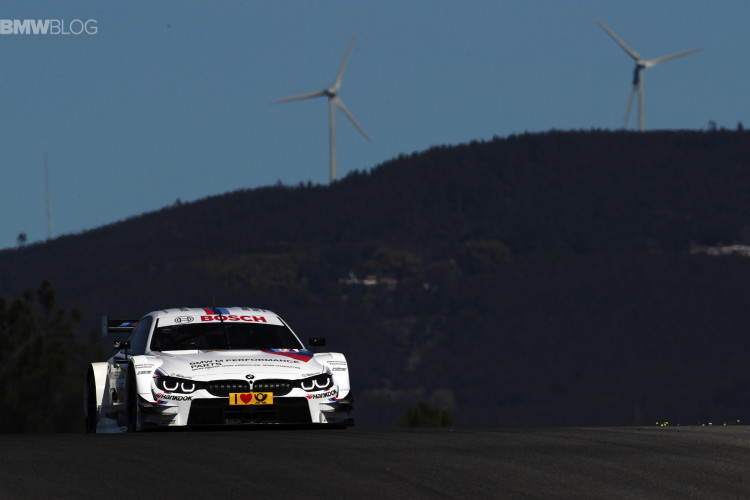 Bruno Spengler: “That was a very productive test for us. We were able to complete our programme without any problems. There is obviously still some work to be done on the remaining test days, but we have definitely taken a step in the right direction. Our advantage compared to last season is that we now know the BMW M4 DTM much better, meaning we are more experienced when it comes to finding the right set-up. However, we also saw that the opposition has not been sleeping over the winter, and are in good shape.”
António Félix da Costa: “That was my first workday at the track with my new team. The guys at BMW Team Schnitzer are extremely professional and I felt at home with them from the word go. My test day went very well. I started with the set-up that Martin Tomczyk had come up with the previous day, and it worked well for me too. It is a very good sign that different drivers are happy with the same set-up of the BMW M4 DTM. Because of this, I am very confident looking ahead to the rest of the pre-season preparations.” 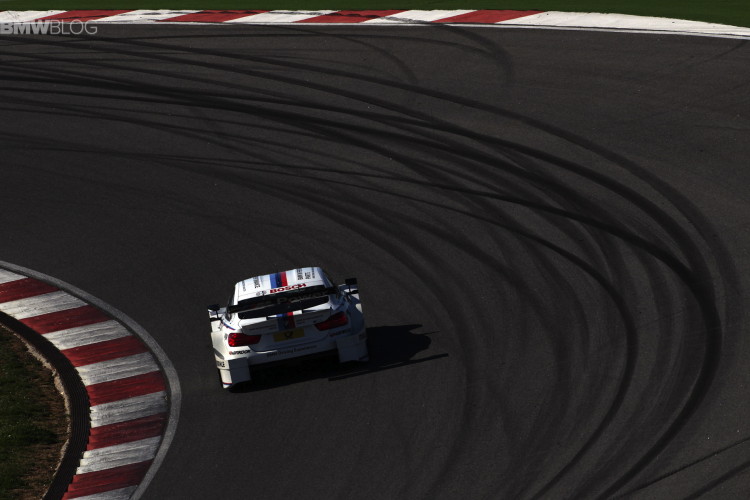 Timo Glock: “It was good to be back in the car and to find my rhythm after the long winter break. We had a few technical problems in the morning, but were able to work through a very good test programme in the afternoon. We found a few things that should help us move in the right direction with regard to the coming season. Our goal is to be back up there with the front-runners in 2015. This was a good start.”
Tom Blomqvist:  “That’s the first time I’ve ever driven here in Portimão. The track is very interesting and demanding – a bit like a rollercoaster. In the first few laps I was a bit lost but once I figured out where it goes I was able to run the normal programme without any problems. I also got used to the BMW M4 DTM again after a few laps. After that everything was okay. This track is definitely a very good test for my fitness.“ 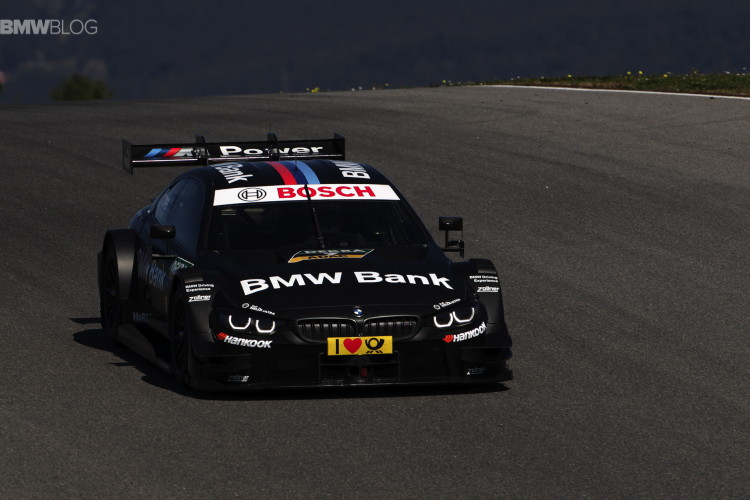 Maxime Martin: “It’s great to be back in the car after quite a long winter break. I enjoyed working with the BMW guys and the BMW M4 DTM again. It was a good day and I’m eager to continue preparing for the 2015 season in the weeks to come.“
Martin Tomczyk: “That was a very good test of stamina for me after the long break. Portimão is a tiring circuit with a lot of hills and bumps. You soon find out whether you are physically fit here. I really enjoyed myself, as we had a very good day of testing. We managed to test a lot of things. Over the winter, we tried to change a few things on the car, within the regulations. The first impression is that these changes seem to have paid off. However, that was only the first test. We will only find out for certain over the coming weeks.” 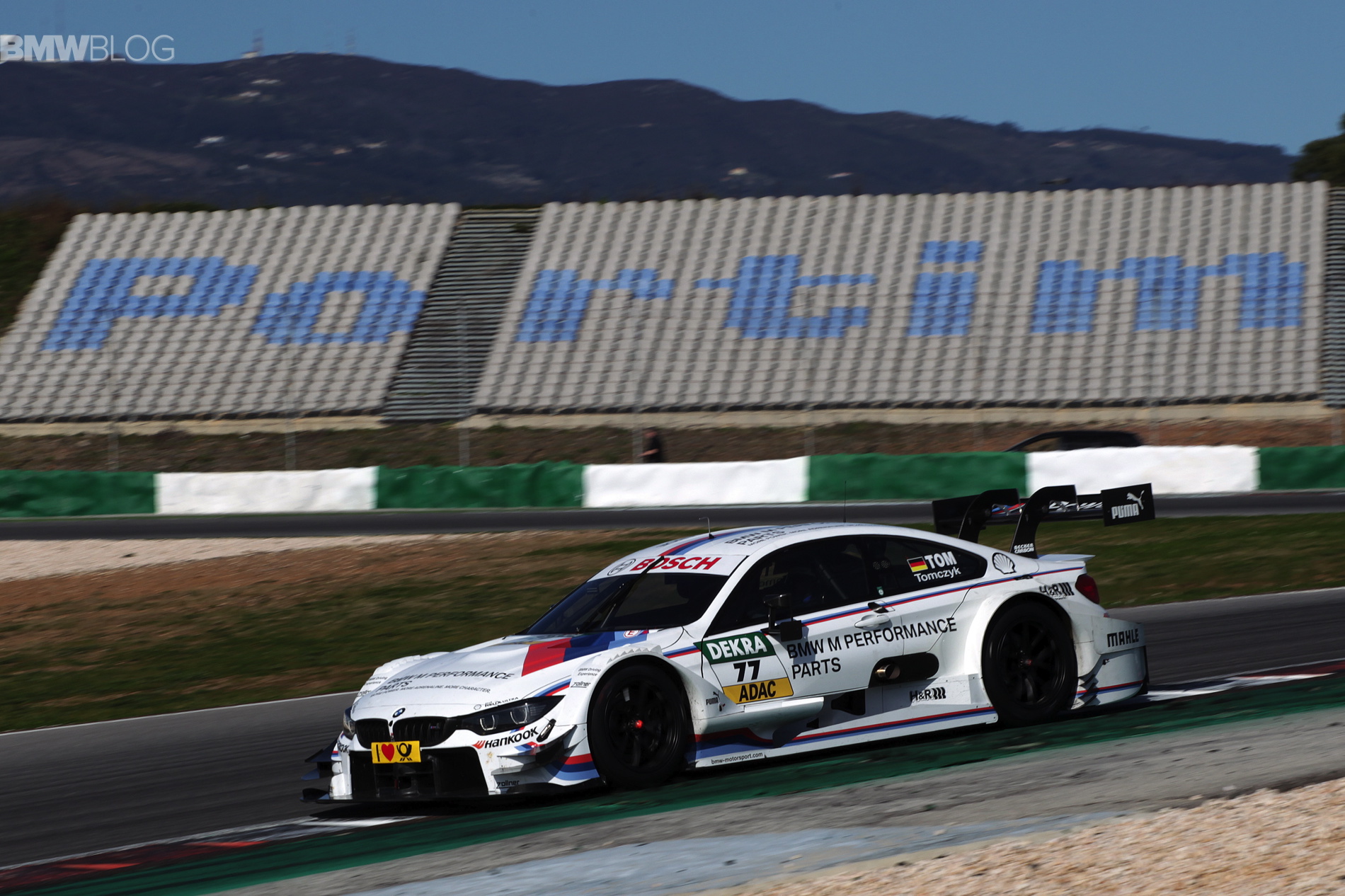 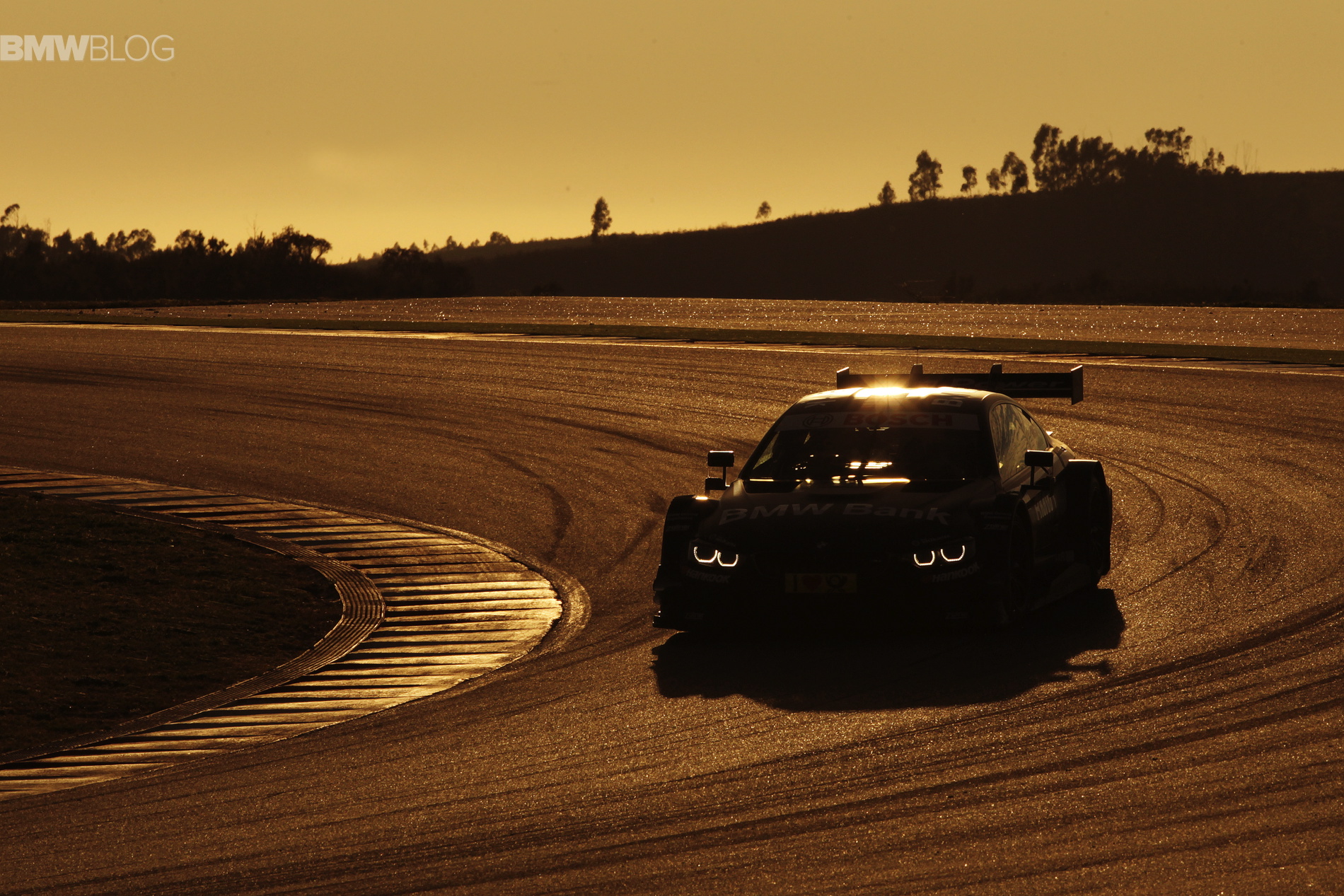 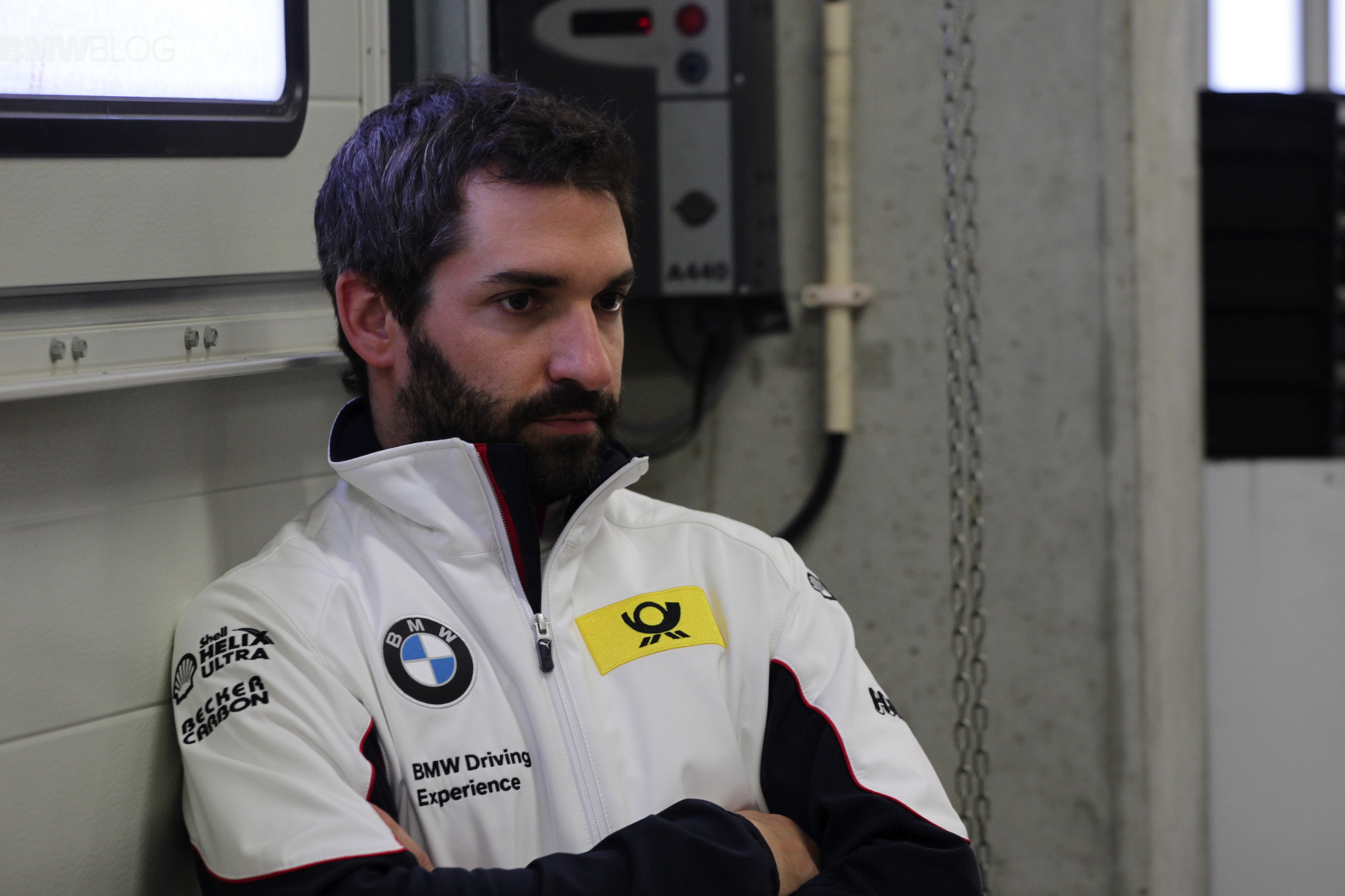 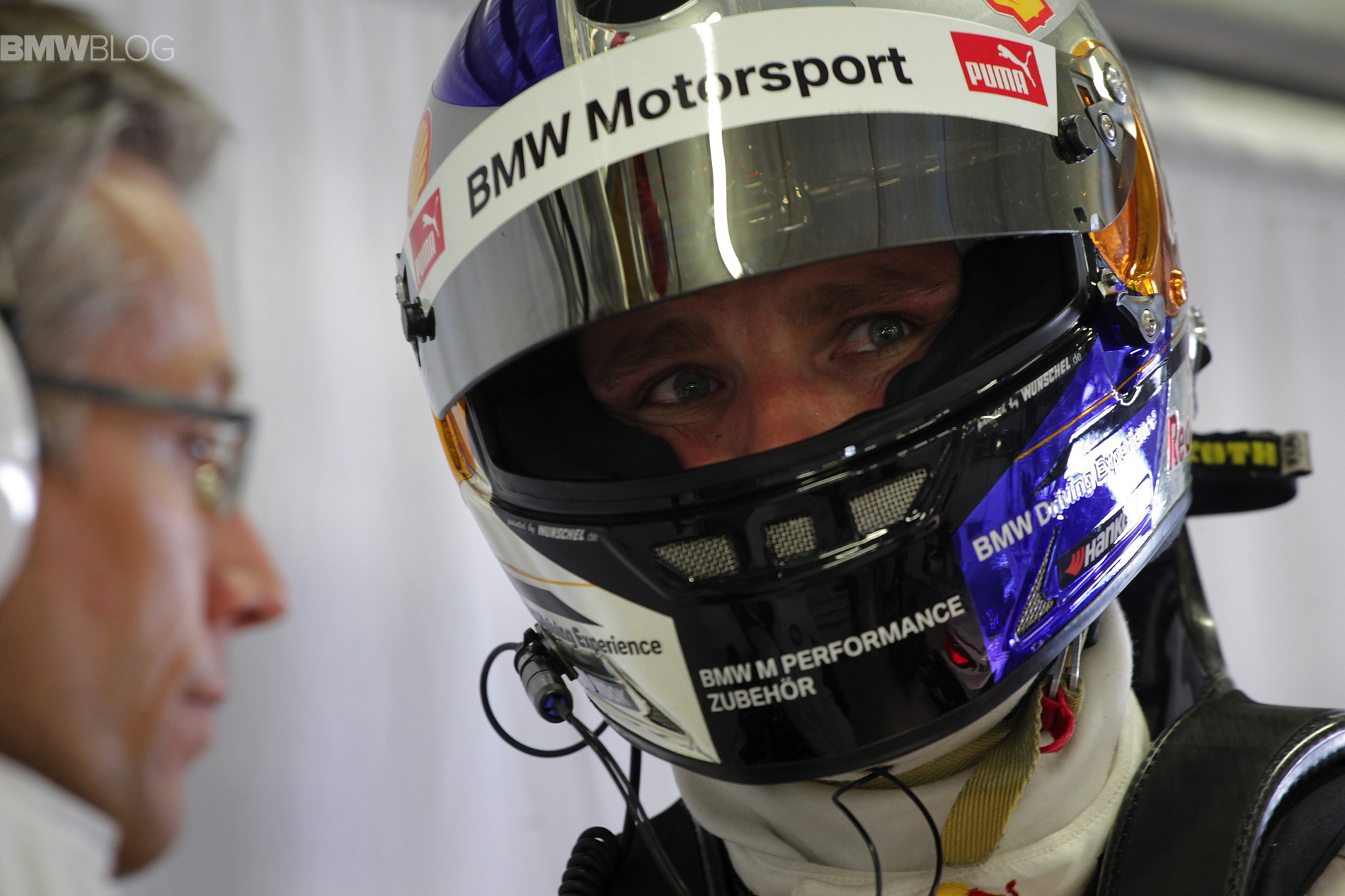 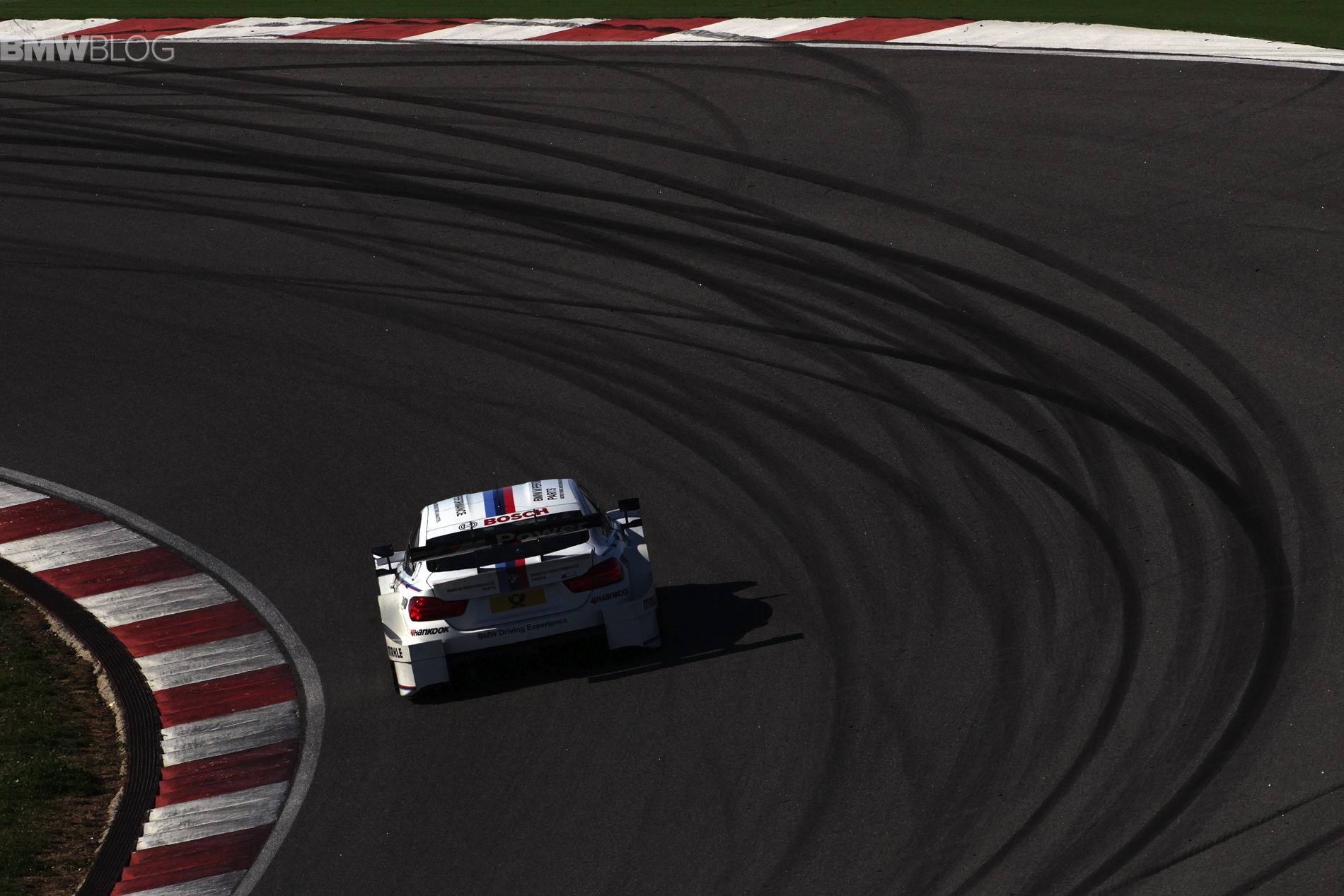 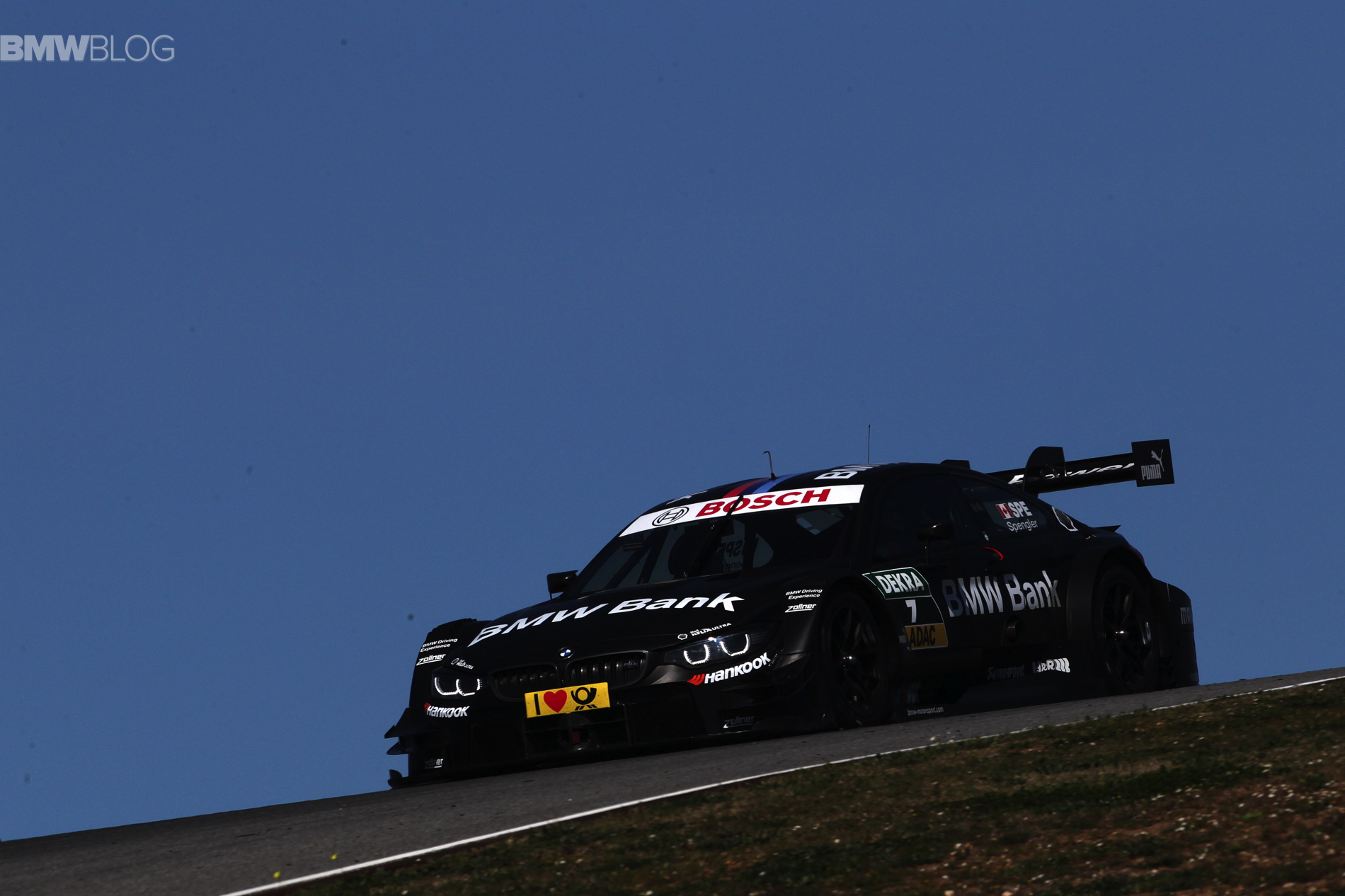 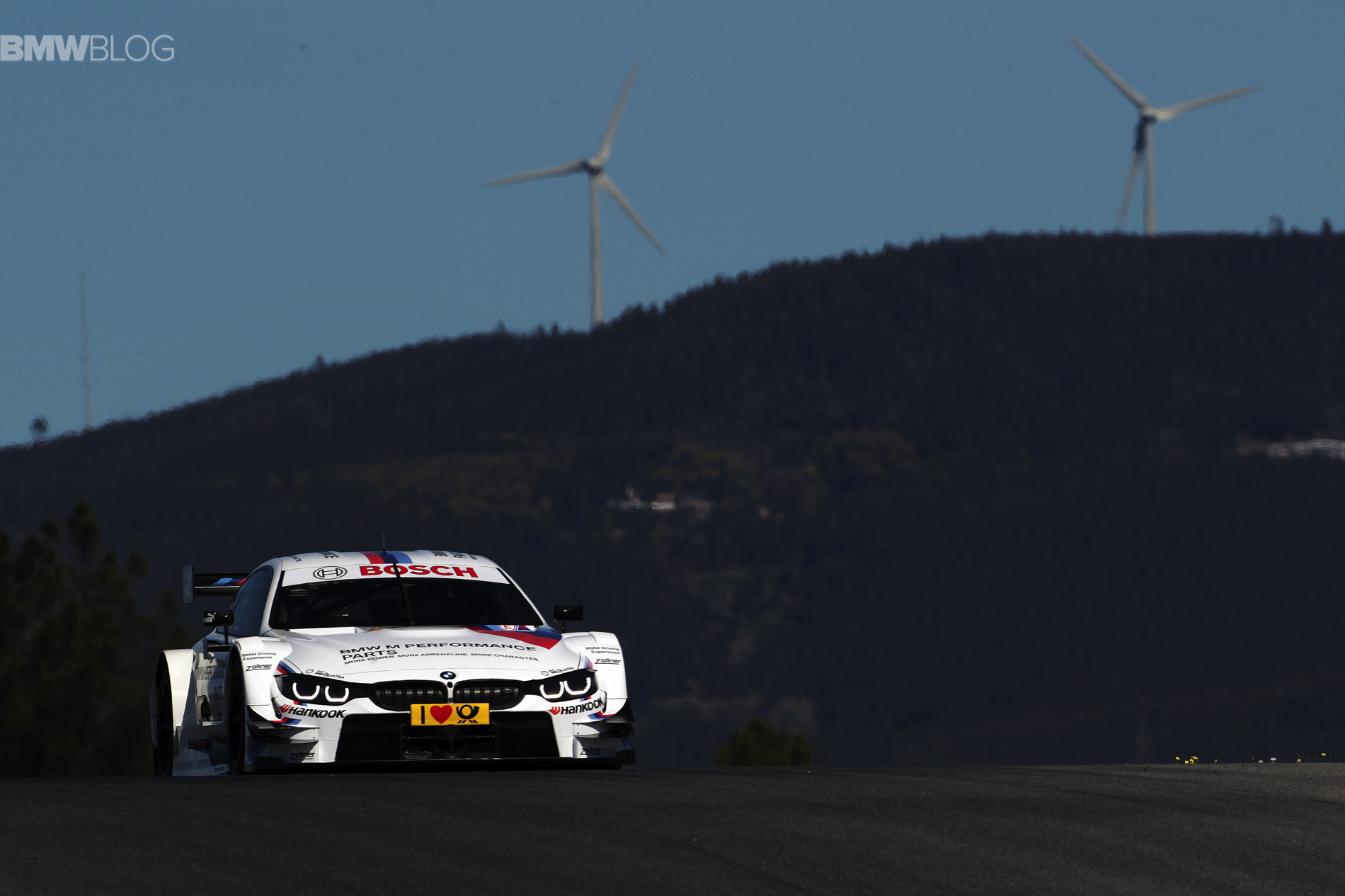 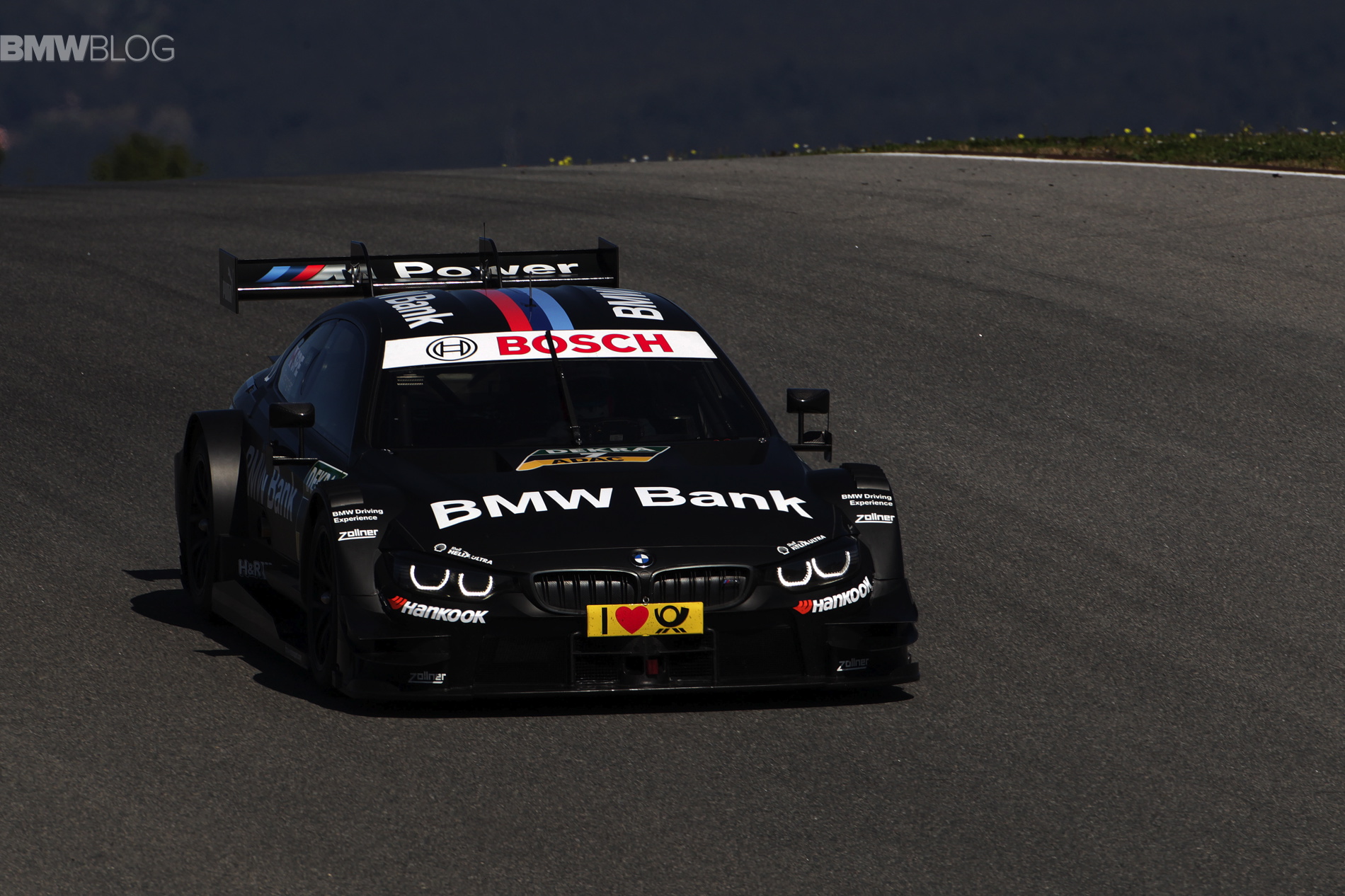