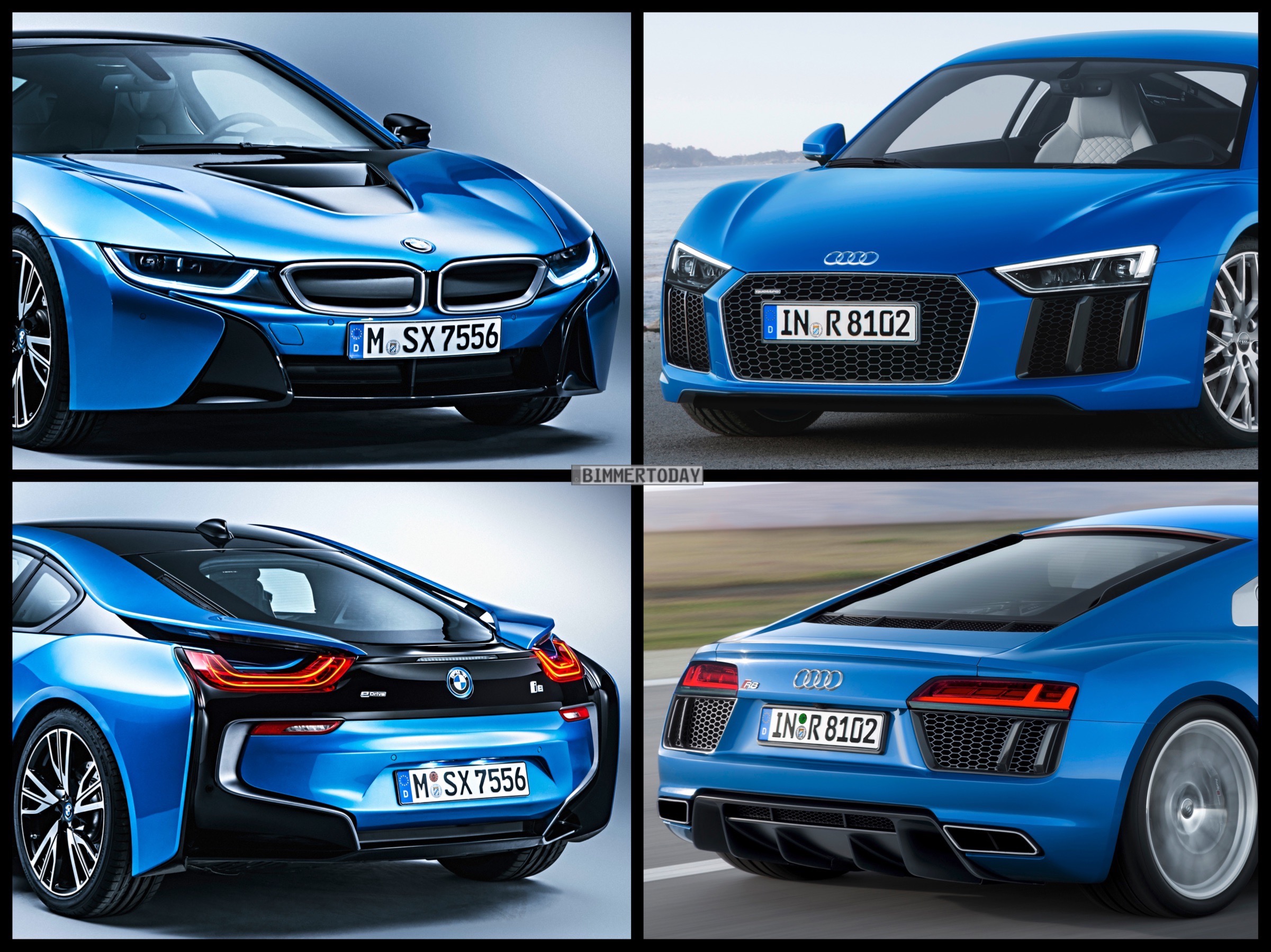 In a few days, the new 2015 Audi R8 will debut at the Geneva Motor Show and first photos are already available on the Internet. We take this opportunity to create a direct photo comparison with the BMW i8, two models fundamentally different at their core but often compared to each other.

Like its predecessor, the new Audi R8 supercar uses a high-revving V10 engine with 540 or even 610 hp. The two variants use an advanced standard quattro all-wheel drive, while an electric Audi R8 e-tron is also built with a rear-wheel drive. Thanks to a dramatically improved lithium-ion battery, the Ingolstadt-based automaker promises for the new Audi R8 e-tron a pure electric range of 450 kilometers (280 miles). One can charge the battery, with a capacity of 92 kWh, in less than two hours. 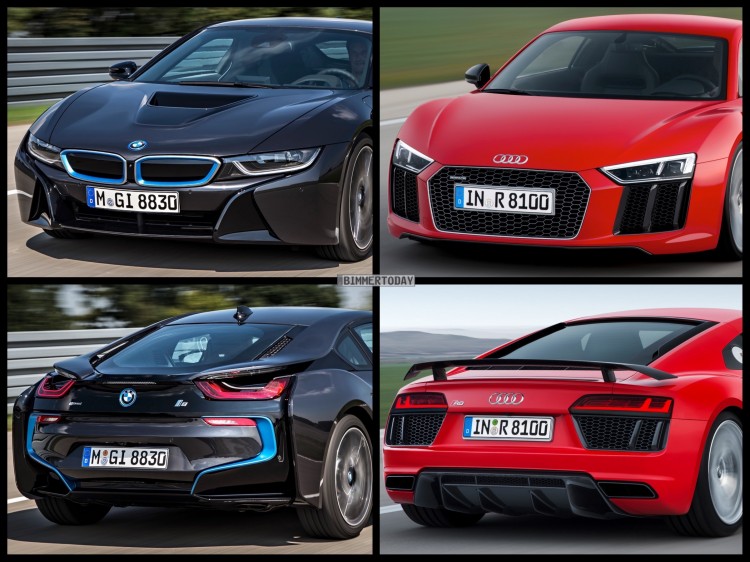 Sitting between the V10 R8 and the e-tron is the BMW i8 with its plug-in hybrid drive. The 231-hp three-cylinder gasoline engine is mated with an electric motor at the front axle for a combined 362 hp and a fuel consumption of 2.1 liters per 100 kilometers. 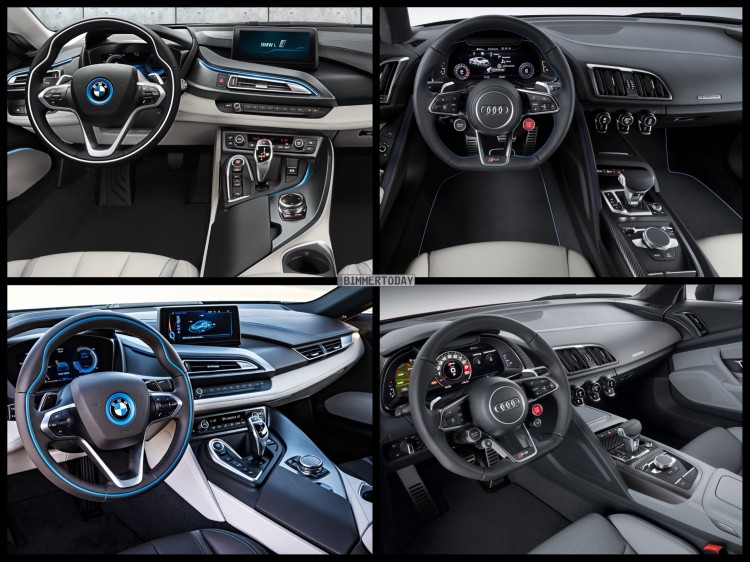 If the current rumors turn true, BMW could offer a more worth competitor to the R8 in 2016. The BMW i8S is rumored to not only look more supercar, but also to produce more horsepower.

Take a look at the photo gallery below and let us know which car you like best. 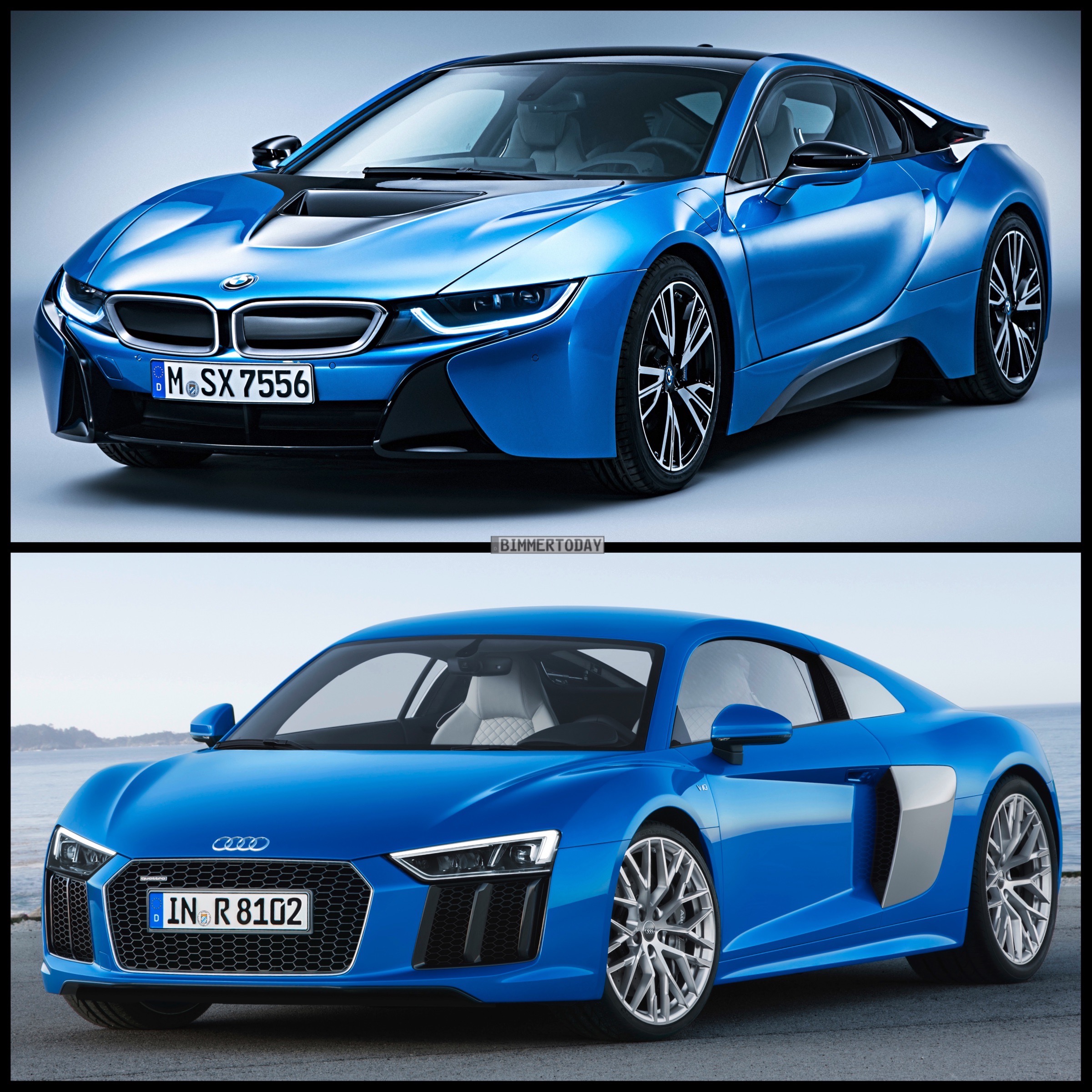 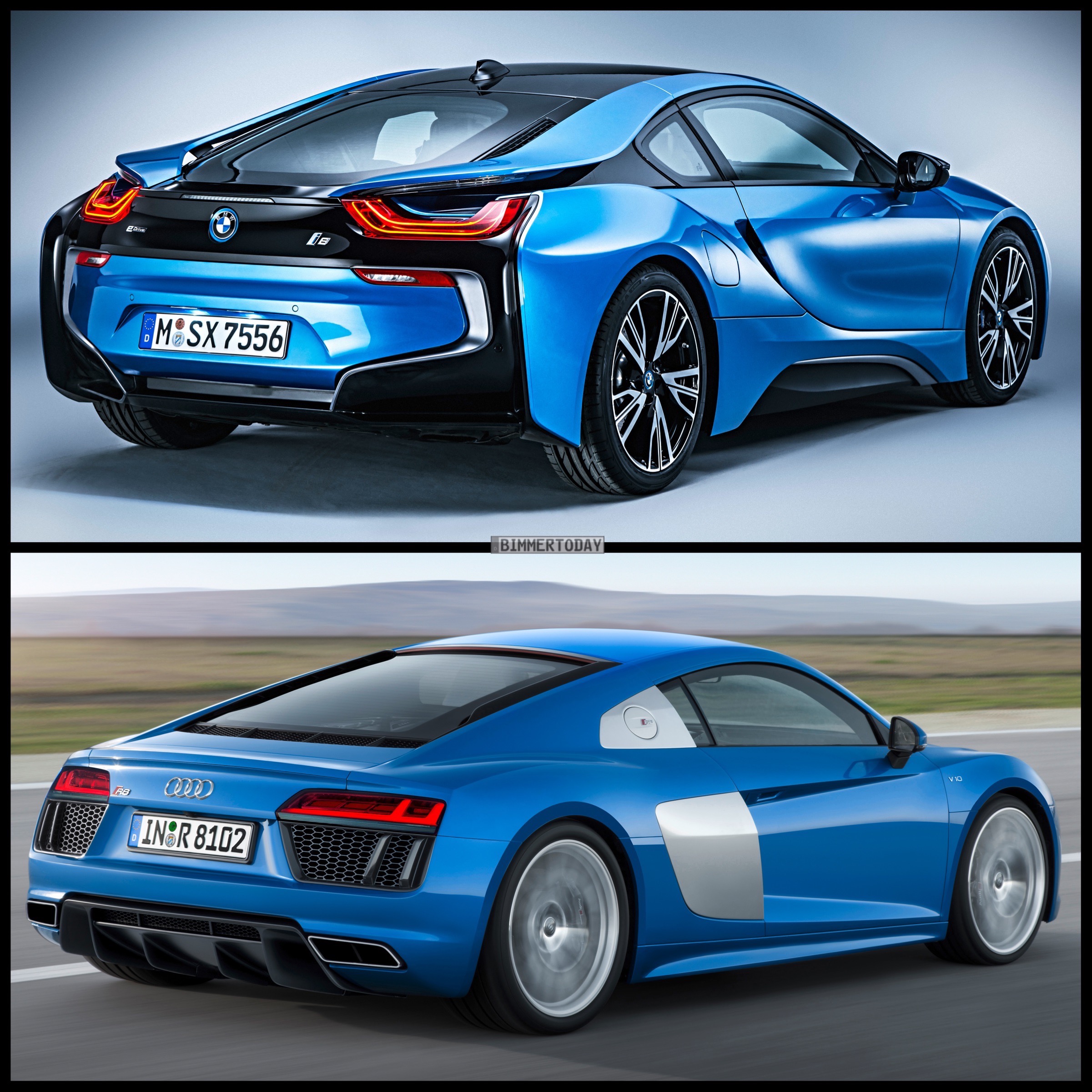 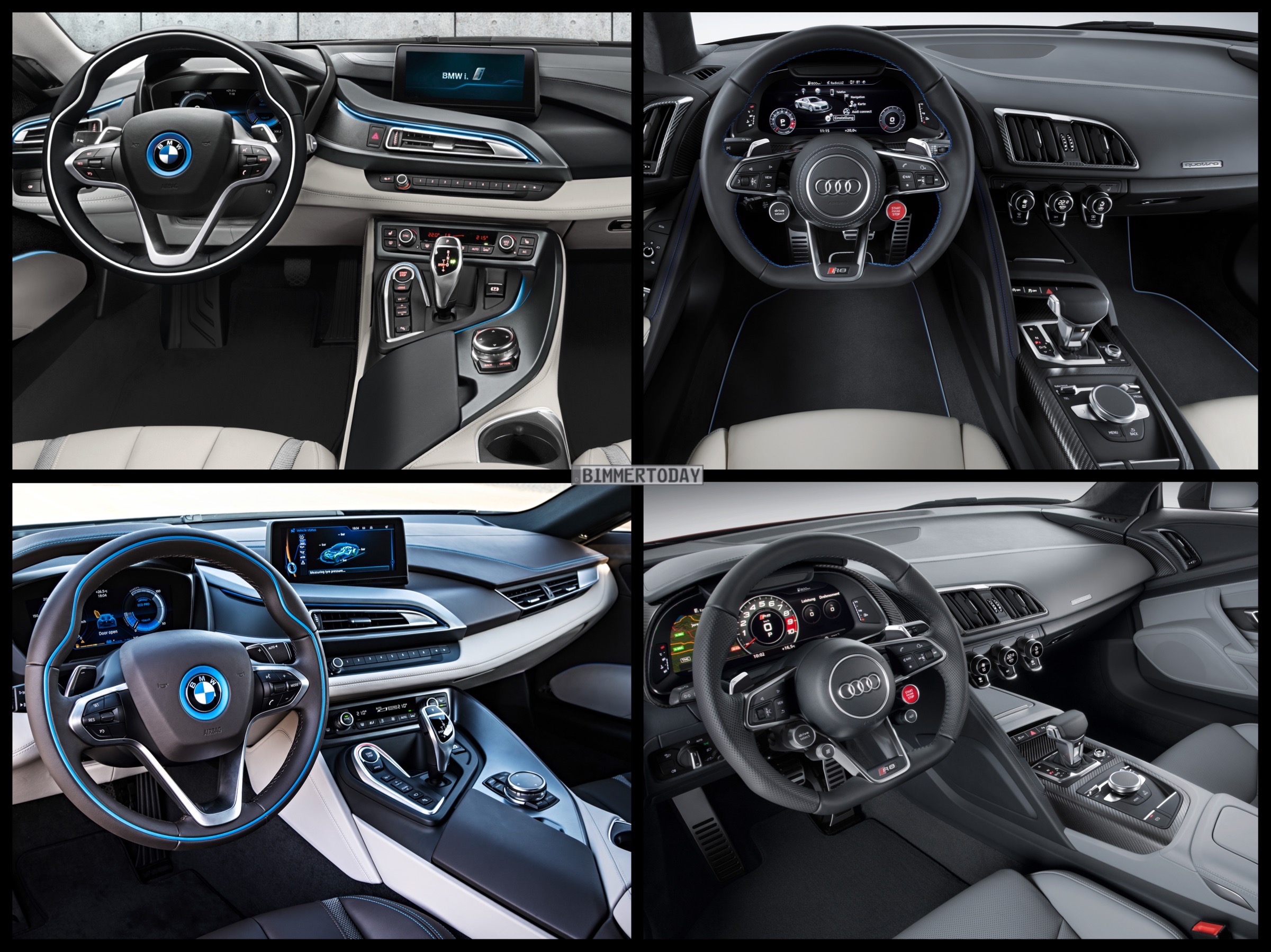 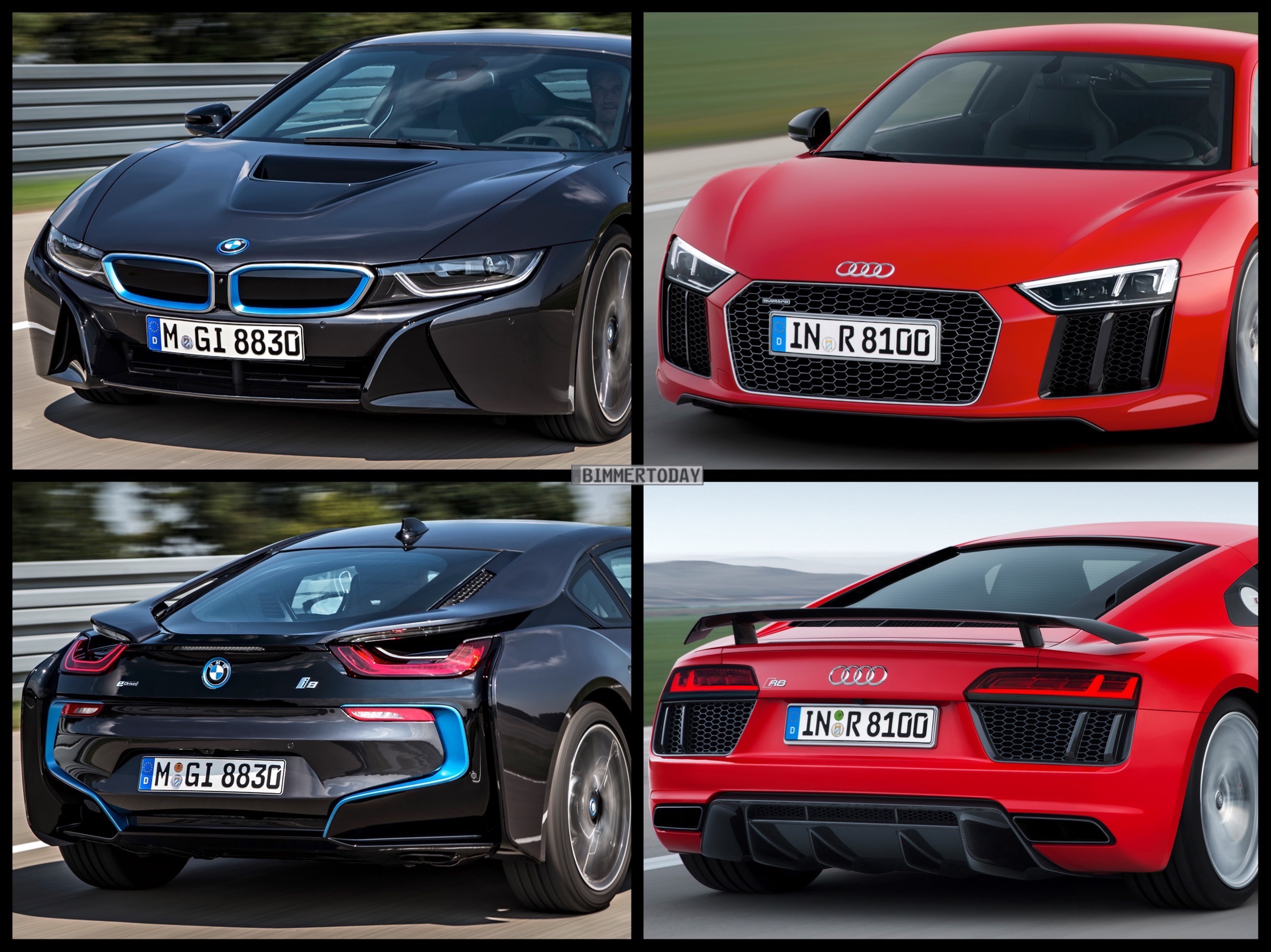