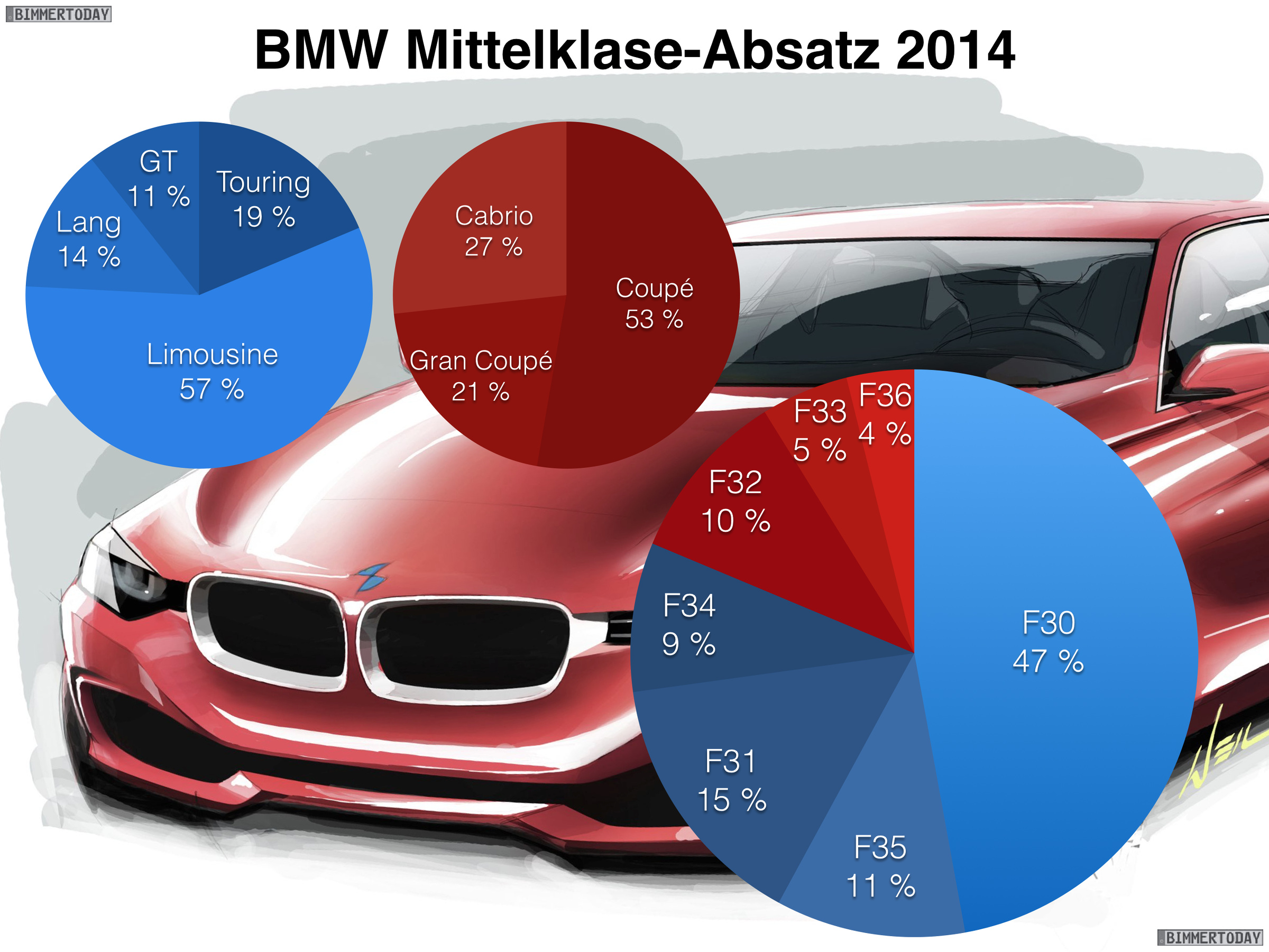 In the fall of 2013, BMW separated their 3 Series sedan, coupe and convertibles by creating a new family of cars: the 4 Series. The newly formed lineup now hosts the coupe, convertible and Gran Coupe models, while the 3 Series retains the sedan and touring variants. A long wheelbase sedan (F35) sold in China is also part of the 3 Series pack.

Since the 4 Series Convertible and 4 Series Gran Coupe only launched in Spring 2014, the sales figures are a bit skewed at the moment, but nonetheless interesting to see.

In 2015, the German market accounted for 473,366 3 Series sales, while the 4 Series sold to 110,838 customers. Within their respective series, the BMW 3 Series Sedan’s sales are 270,549 while the BMW 4 Series Coupe has 58,430 units sold last year. Despite a short lifecycle, the F36 4 Series Gran Coupe accounted for 4 percent of overall 3 and 4 Series sales, and 21 percent of sales within the 4 Series family. This value is almost twice as high in the period July to December. 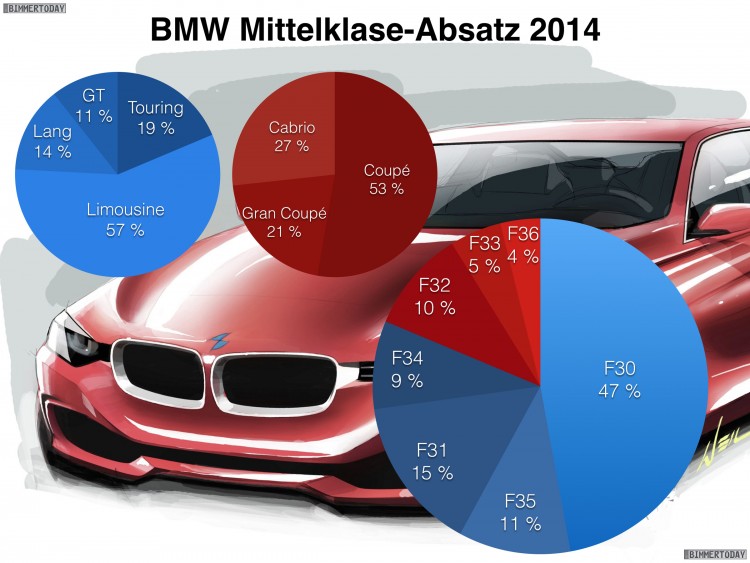 The cabriolet accounts for 27 percent while the coupe sales clocks in at 53 percent.

Although the 3 and 4 Series represent a total of seven body styles, about half of the customers chose the BMW F30 3 Series sedan.

Niche models for BMW are starting to slowly pay off and we might see future spin-offs in other series as well.