Day one of my seven-day MINI Cooper S ownership

So far, I enjoy the little bugger quite a bit. My particular MINI is an Electric Blue, Cooper S, 4-Door with the John Cooper Works Interior Appearance Package and a 6-speed automatic.

The first thing you notice is that Electric Blue paint. It isn’t my favorite color, but it sure is eye-catching. It’s quite refreshing as well, to see such an exuberant paint color in the sea of blacks, whites and grays that are peoples cars nowadays. It really stands out amongst the crowd and turns heads everywhere I go, even from people in far nicer cars. MINI drivers seem to stop dead in their tracks and either point or wave. They’re a tight bunch, MINI drivers.

The interior is equally as refreshing. It’s so funky and different from every other car with its ergonomics-be-damned styling. Are some things idiotically placed? Most definitely. Do I care? Not in the slightest. 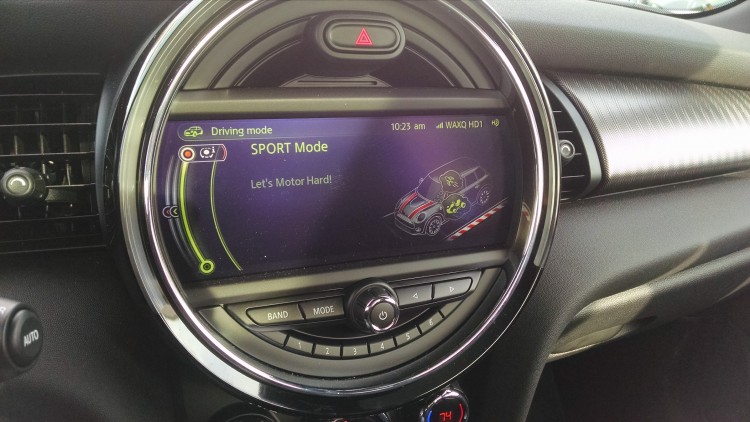 I don’t care that to open the door from the inside you have to twist your wrist backwards, or that the starter toggle-switch is located behind the shift knob or that the iDrive controller is basically underneath the armrest. I don’t care about these things because of the hilarious LED piping that runs through the whole interior and can change color via a toggle that’s ridiculously placed on the ceiling by the dome lights. Or because of the infotainment screen that reads “Let’s Motor Hard!” when sport mode is engaged. These funky quirks make for a car with way more character than anticipated.

It handles too. MINI goes on and on about how their cars feel like go-karts. I thought it was just some dumb advertising gimmick. It isn’t. This is a go-kart with turn signals. The turn in is crisp and the front end grips far better than expected. I’ve taken corners at frightening speed and not once have I felt understeer. The front end just bites and the rear follows, it has no usual front-wheel drive issues. 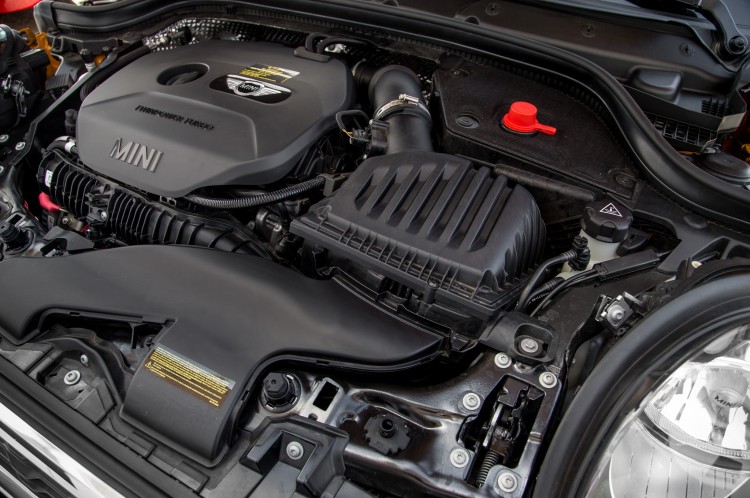 Then there’s the engine. It’s a 2.0 liter turbo four cylinder and makes 189 horsepower. Admittedly, there is quite a bit of turbo-lag. Under 2,500 RPM not much goes on, but once the boost kicks in, the little Mini turns from a go-kart to a little rocket. It isn’t pin-you-to-your-seat fast, but it’s way more than enough to have fun. Sport Mode especially makes it fun as is firing off redline upshifts, via the paddle shifters, which deliver a little kick in the back accompanied by a funny burp from the exhaust. The gearbox, though should be a manual, is fine. Actually it’s better than fine. In automatic, shifts are smooth, fast and when you want them. It will also downshift eagerly for when you need more power. In manual they are almost as good as the ZF 8-speed in BMWs. A manual is part of the MINI Cooper way of life, but I could live with this auto, and be perfectly happy, everyday.

I haven’t sampled Eco Mode yet, nor the auto start/stop. I also haven’t really tested out rear seat room or cargo space, but judging by their looks, I’m not expecting people to be very comfortable.