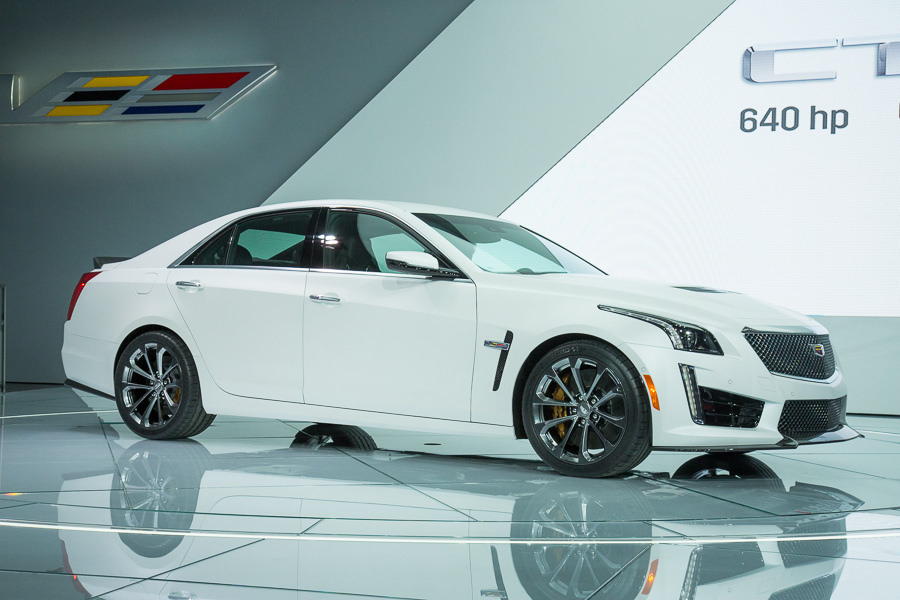 Since the BMW M5’s introduction, it has always been the go-to car for people who want a big comfortable sedan, but also want enough horsepower to send said sedan into orbit. Mercedes and Audi then decided to join the party with their own versions in the E-Class AMG and S6/RS6, respectively. Then Cadillac joined the party with the first CTS-V. 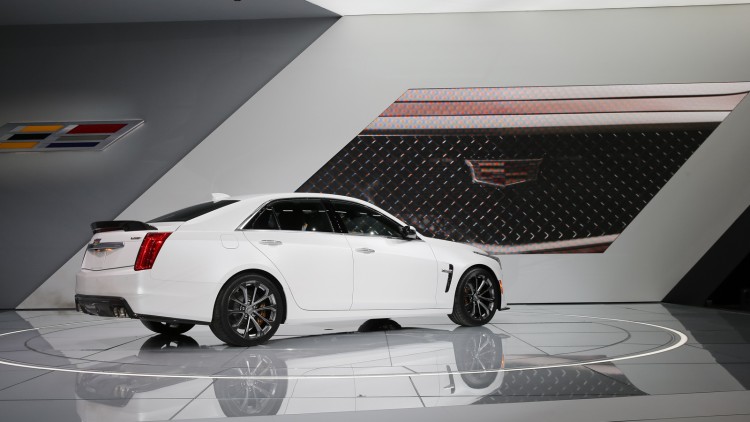 All of this fury is driven to the rear-wheels through GM’s own eight-speed automatic. Now, while the car isn’t exactly lightweight at 4150 pounds, GM claims it will still hit 60 mph from a standstill in 3.7 seconds. Considering that the lighter Z06 with the same powertrain did it in 3.4 seconds, I’d say 3.7 is probably accurate.

With the latest generation CTS-V, comes the latest generation of their Magnetic Ride Control, which is nothing short of fantastic. Complementing the great suspension are six-piston Brembo brake calipers up front, four-pots in the rear, clamping down on two-piece 14.4 inch steel calipers (the largest steel discs Brembo make).

Adding to all of that suspension gubbins, Cadillac put tons off cool, carbon fiber aero-bits to keep the CTS-V firmly planted on its massive Michelin Pilot Super Sport tires. All of this means that the CTS-V should be a proper track-monster.

The V series models are a way to attract younger customers. The average Cadillac buyer is a little over 59, according to a study released earlier this year by IHS Automotive.