BMW i8 impresses with a 1:15 minutes Hockenheim lap time

Home » Models » BMW i » BMW i8 impresses with a 1:15 minutes Hockenheim lap time

Sport Auto Germany takes BMW’s first hybrid sportscar to the race track and the results are impressive. The new BMW i8 recorded a 1:15 minutes lap time at the famous Hockenheim race track.

While the i8 was not built for the track and it is often advertised as the “green sportscar” of the future, the innovative car keeps up with the likes of Porsche Boxter (1:14.9), Jaguar F-Type (1:15.2) and the BMW M135i (1:15.7). Also tested in the current issue of the magazine was the BMW 435i Coupe with M Sport Package and M performance tuning,  which recorded a Hockenheim lap time of  1: 17.4 minutes. By comparison, the new BMW M4 Coupe showed a lap time of 1:12.8 minutes. 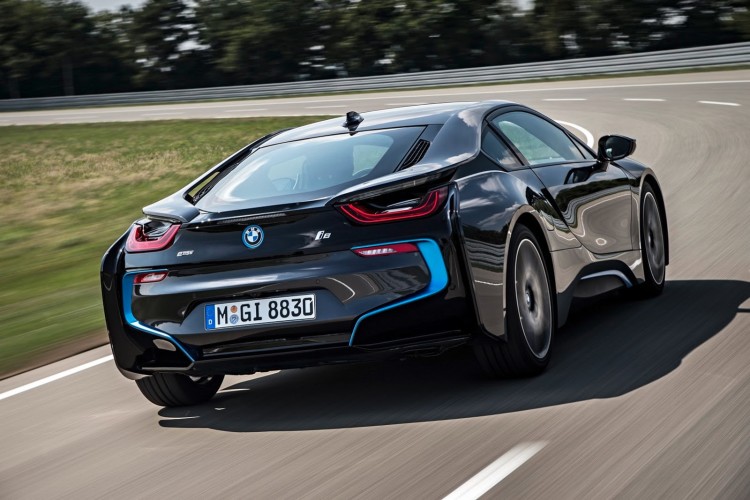 Editor Christian Gebhardt confirms what BMW has been officially saying about the: It is a car with impressive performance, but it is not made for racing. We’ve also had the chance to track the beautiful BMW i8 back in 2013 when it was just a pre-production car.