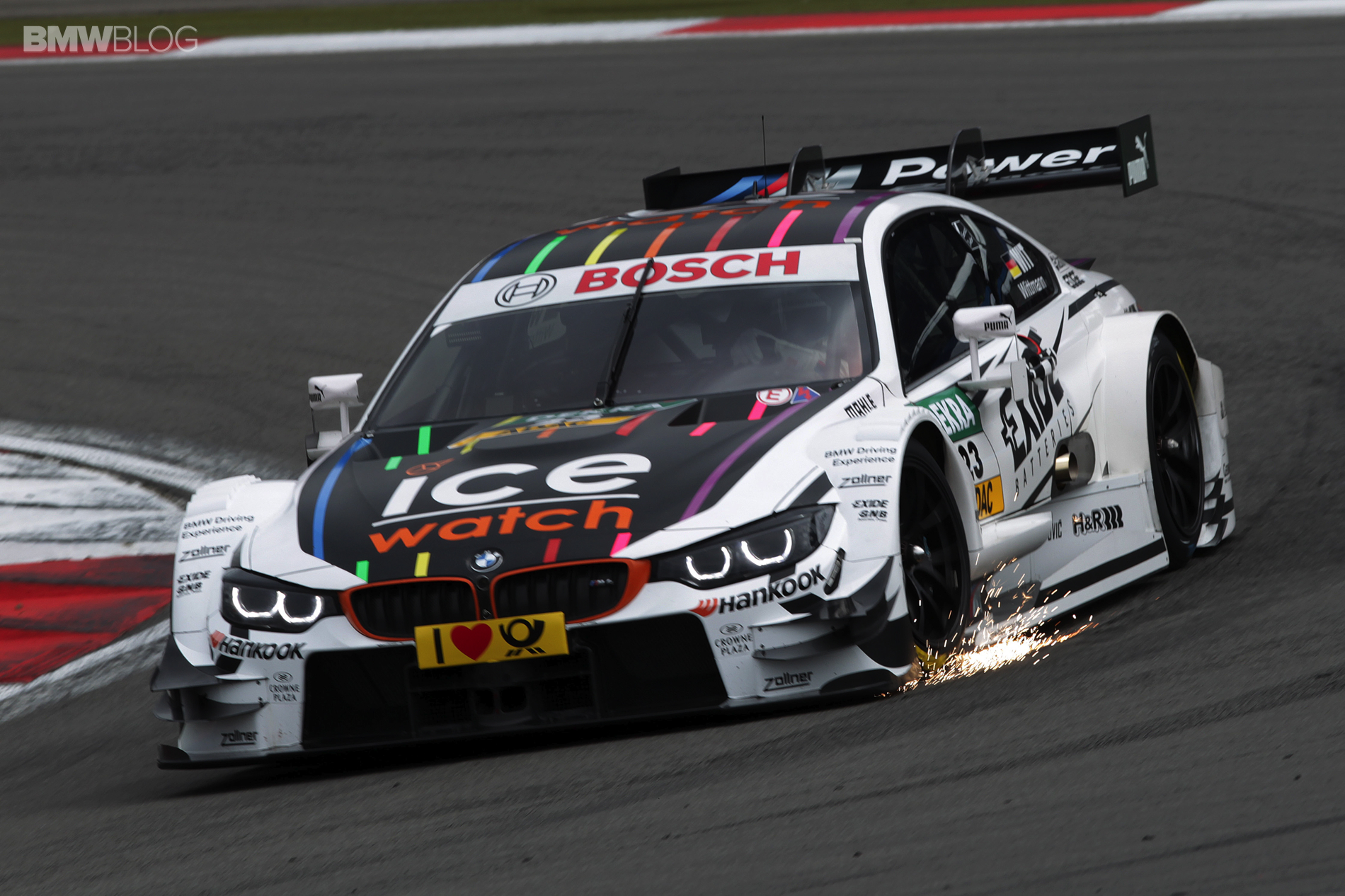 Marco Wittmann (DE) took full advantage of his pole position at the Nürburgring (DE), producing an outstanding performance over 49 laps to secure his fourth win of the current DTM season. Wittmann held onto the lead at the start, and gradually pulled away from his rivals over the following laps. After the mandatory pit stop, during which he switched from prime to option tyres, the young German re-joined the race at the head of the field in the Ice-Watch BMW M4 DTM. Wittmann went on to claim the 63rd DTM win for BMW Motorsport and the manufacturer’s 15th since returning to the DTM in 2012. The 24-year-old also clocked the fastest lap time of 1:23.175 minutes en route to presenting BMW Team RMG with its fifth win in the seventh race of the year – and at the team’s home race in the Eifel Mountains. 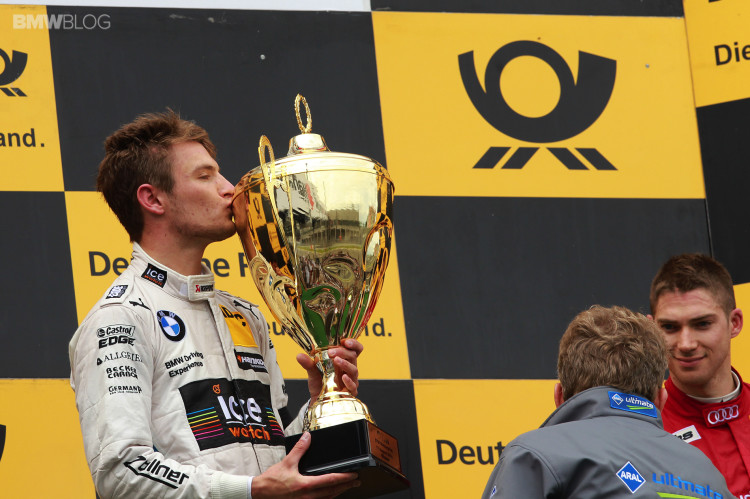 In the Drivers’ Championship, Wittmann has now pulled 64 points clear of his closest rivals with 120 points to his name. BMW Team RMG has now amassed 159 points, thanks to Wittmann’s win and seventh place for Maxime Martin (BE, SAMSUNG BMW M4 DTM), and now leads the team competition by 67 points. BMW also tops the standings in the Manufacturers’ Championship with 302 points.

As well as the two BMW Team RMG drivers, Martin Tomczyk (DE) also finished in the points in the BMW M Performance Parts M4 DTM. Unlike Wittmann and Martin, the BMW Team Schnitzer driver started on option tyres and then worked his way through the field into eighth place in the second half of the race. The same tactic did not quite come off for Bruno Spengler (CA, BMW Bank M4 DTM), António Félix da Costa (PT, Red Bull BMW M4 DTM) and Joey Hand (US, Crowne Plaza Hotels BMW M4 DTM). They narrowly missed out on a top-ten finish, coming home 12th, 13th and 14th. 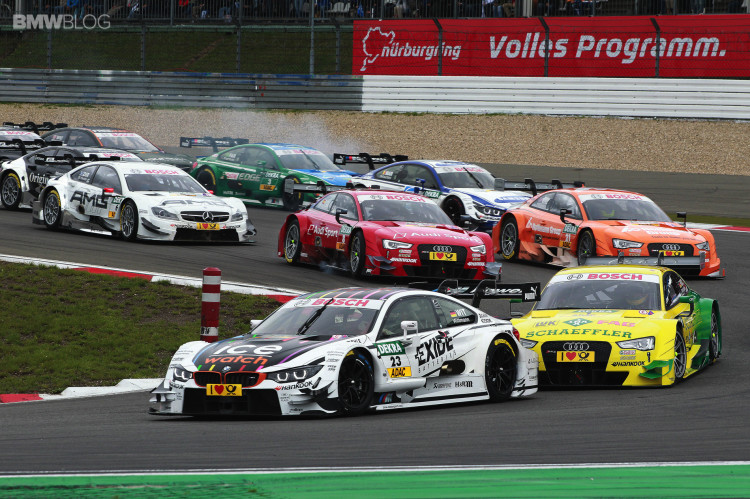 Timo Glock (DE) fell well down the field after an early collision with Gary Paffett (GB, Mercedes), leaving him no chance of a points finish in the DEUTSCHE POST BMW M4 DTM. He eventually had to settle for 17th. Augusto Farfus (BR, Castrol EDGE BMW M4 DTM) lost valuable ground through a collision with Jamie Green (GB, Audi) and ultimately retired after 36 laps. 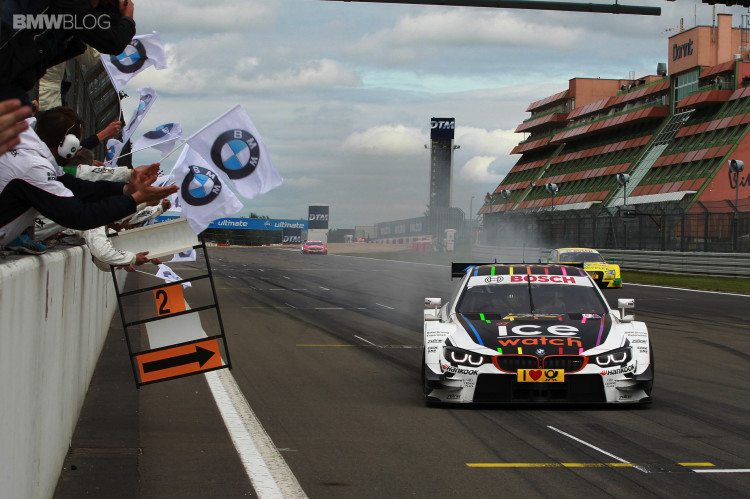 Jens Marquardt (BMW Motorsport Director):
“That was another sensational race from Marco Wittmann. He once again produced a flawless display at the wheel of the heaviest car in the field. The fourth pole position of the season yesterday, followed by win number four today: Marco and the BMW M4 DTM are the perfect package at the moment. I am very proud of him. After the disappointing qualifying result on Saturday, a couple of our other drivers also picked up points. We witnessed fantastic, exciting fightbacks from Maxime Martin and Martin Tomczyk. Although it is looking very good for Marco in the Drivers’ Championship, we will remain fully focussed. There are still three races to come, with 75 points up for grabs. In the name of the BMW Motorsport family, I would like to dedicate this victory on this special weekend to Dieter Lamm.”

Facts and figures from the Nürburgring:

DTM standings after 7 of 10 races.