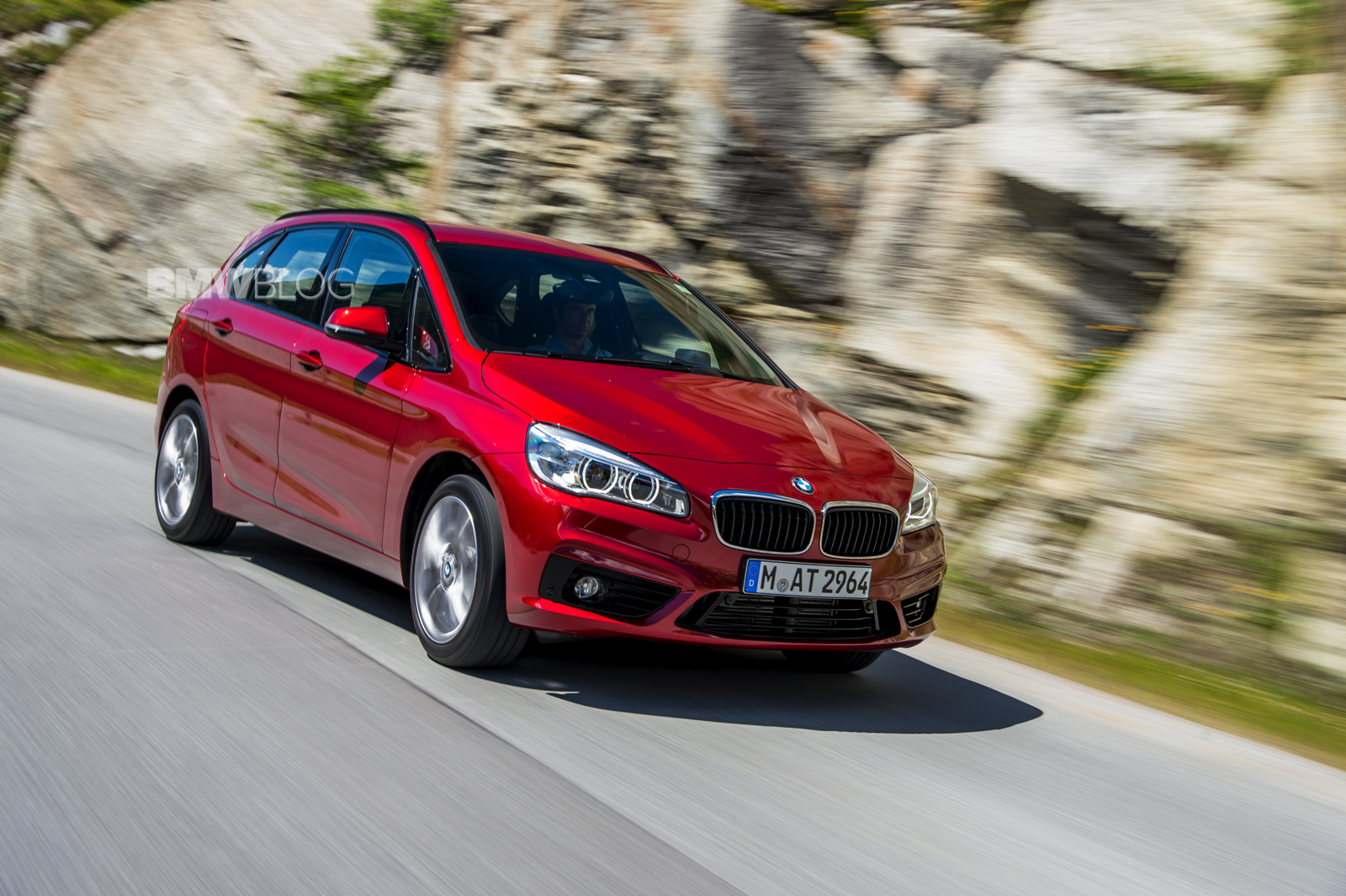 The Appeal of the Roundel

About ten years ago a co-worker wandered into my office at the phone company to interrupt my goofing off and talk about cars. Specifically she wanted to talk about replacing her Toyota Camry with a BMW 325i. The first thought I had was how diametrically opposed those two cars were. An appliance versus a driver’s car. I wondered if she knew much about the BMW, so I said, “You know the BMW is rear wheel drive and you’ll need a set of real, honest-to-gosh snow tires come winter.” Her reply was, “I didn’t think anybody still made rear wheel drive cars.” 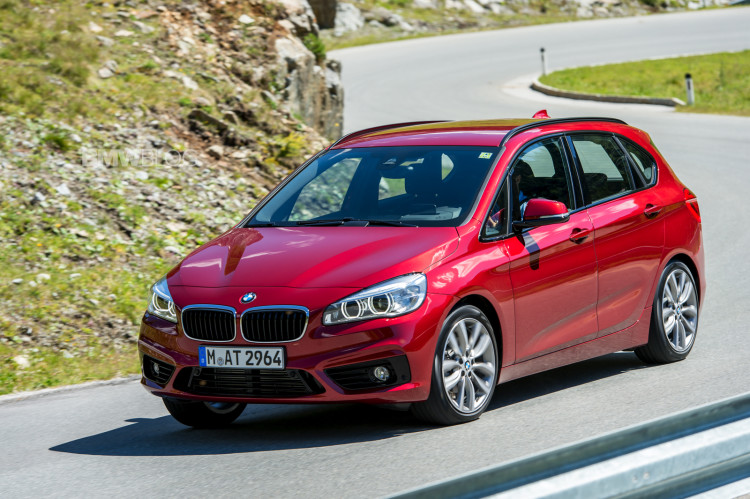 I tried to steer her towards an Avalon, or a Lexus. I knew she was comfortable with the Camry and I was worried that she would find the BMW to be too ‘interactive’. I’ve actually had someone explain to me that BMW’s steering was too sensitive compared to their Acura; they disliked having to pay constant attention to the road. Yikes!!

A couple of years ago there were reports that the results of a poll of BMW 1 Series owners in Europe showed that most of them thought their cars were front wheel drive. Double yikes!! Why would you even want a BMW if you didn’t care which axle the drive wheels are on? Oh, and then, connecting the dots, yes the BMW roundel has more appeal than the stylized T on the nose of a Corolla.

Before BMW’s purchase of Dixi in 1928, the engineers in Munich had experimented with a number of front wheel drive prototypes. There is mention of them in the BMW Dimensions publication, Die Entwicklungsgeschichte der BMW Automobile 1918-1932. The German text (there is an English version available) mentions the Schwäbische Hüttenwerke (SHW) of 1925, which Wunibald Kamm was associated with, as a non-BMW antecedent – there were three SHW research vehicles, one of which still exists and is on display in the Deutsche Museum in Munich. The SHW used a large boxer motor (1000+ cc) and a tricky, and probably marginally effective, front wheel drive setup.

BMW in 1925 studied an internal proposal from Gotthilf Dürrwächter for a longitudinally mounted V8 front wheel drive vehicle, Type F 50. There was also the F 55 prototype which utilized a transversely mounted four cylinder engine. It is a picture of the F 55 mule in a winter Bavarian countryside, found in Horst Mönnich’s book and the BMW Dimension publication, that comes immediately to mind when I think of the early history of BMW’s automobiles. And then, in 1928, there was a six cylinder F 65 prototype – of which a completed, production like, example existed – now preserved only in photographs.

The purchase of Dixi obviated the need to continue down the development path of front wheel drive (FWD). Which, given the state of constant velocity joint development, was probably a good thing. It is interesting, nevertheless, to note that BMW has been over this ground before – and very near the beginning.

In 1950, BMW toyed with a Topolino sized pretty little FWD car, the Type 331, that unfortunately never made it to production. There may be other examples of BMW experiments in FWD since 1950 that are floating around, out of sight, in camouflage, or long since sent to the breakers. Regardless, BMW has, since 1994, owned an historically important FWD brand, MINI. And now, in its third generation, the new MINI is sharing its FWD platform with a BMW. The first production BMW FWD vehicle. 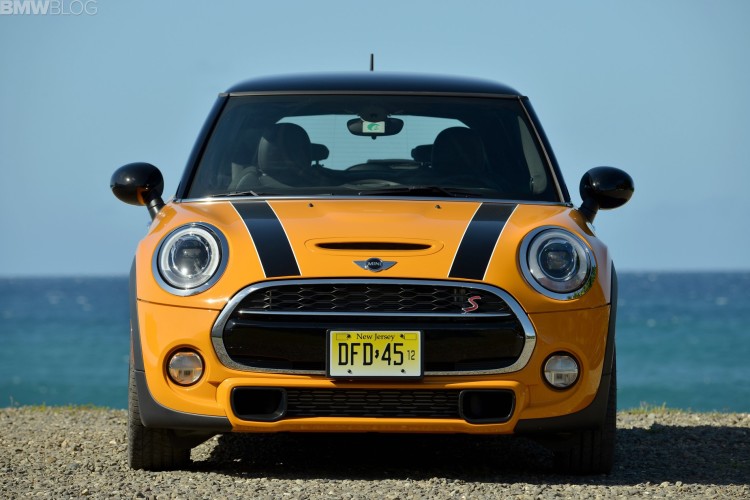 I’ve driven, by my estimation, hundreds of FWD vehicles over the years, and only a handful of them held any appeal. The original Mini Cooper, the ’91 Nissan Sentra SE-R, a Saab 99 EMS, and Acura RSX stand out as enjoyable and engaging. None of these were large cars, or high powered. Oddly, however, I have not driven the first two generations of BMW’s MINIs.

I have driven the F56 MINI Cooper S though. It looks different than its predecessors, there is more front overhang. It is a function of how the new engines/transmission fit and the suspension geometry that BMW uses in the F56 and the 2 Series Active Tourer (2 AT).

One of the unsung factors of the way BMWs ‘feel’ is the attention given to suspension geometry. If you have a chance, compare a typical MacPherson strut front end with BMW’s strut front suspension. BMW’s is just a bit more complicated – but that complication results in better handling. 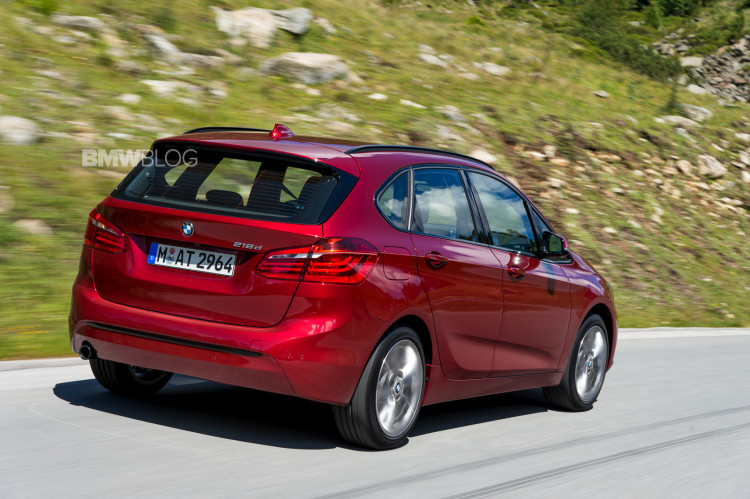 So the new F56 MINI received the more sophisticated suspension that is shared with the BMW 2 AT. And since we’re talking about FWD, the front end is important, the back end is just along for the ride (though ride quality and handling can be impacted). BMW does use a multi-link rear suspension, one of the better options for dealing with the trailing wheels.

The 6 speed manual F56 MINI Cooper S was driven on a mix of highway, major surface streets, and some residential streets. On the highway the F56 is rock solid, adding throttle while going through a high speed sweeper did not provoke immediate understeer. In fact it felt very neutral. 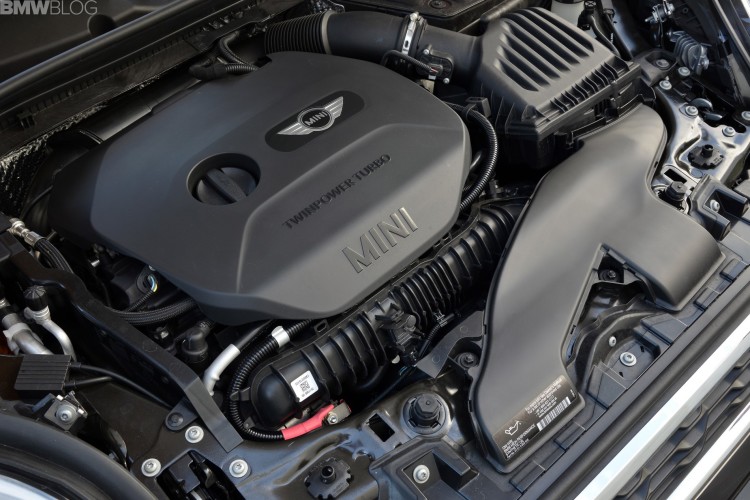 The F56 MINI Cooper S is rated at 189 HP while the top of the line BMW 225i AT will deliver approximately 230 HP – at the edge of what BMW engineers have said is enough for a FWD platform. However, some of that HP may not come into play until in higher gears with the 225i, one way of eliminating the possibility of torque steer – or front end ‘push’ under power. Think of it as better living through modern software. It helps that the 225i AT is only available with an 8 speed automatic. The 218i AT, however, can be equipped with a 6 speed manual.

The F56 only exhibited a bit of mild torque steer when launched ‘con brio’ from stops. The suspension dynamics of the F56 were very good – not harsh by any stretch of the imagination. The F56 steering felt good and braking revealed no issues. There have been reports that the BMW 2 AT is less harsh than the F56. And that, from my perspective, sounds like the 2 AT has been tuned slightly towards passenger comfort. I’ll have to wait for an opportunity to drive the 2 AT to find out. 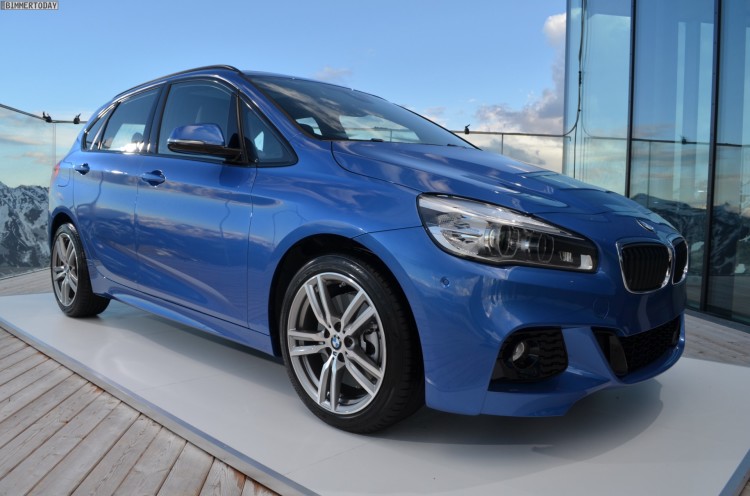 BMW has a quandry on its hands. We may not see the 2 AT in the US. The US market gets top of the model range BMWs with only high end trim available (no steel wheels, no cloth seats, no 316d, etc.). Bringing the 2 AT may allow for conquest customers, but what would the price be to the brand’s image. The intertube message boards are alive with wailing and gnashing of teeth, ‘BMW should not be building FWD’ is the gist of the laments. But if you can move people into a compact, decent handling FWD car – from other more appliance like machines – maybe, eventually, you can sell them a full zoot 3 Series.

That’s the thought at least. And there may be something to it. My co-worker drove that 325i happily for a number of years and always had good things to say about. Once you get a taste for decent handling characteristics maybe there is just no going back. That’s what BMW is counting on with their adventure into the compact FWD market.