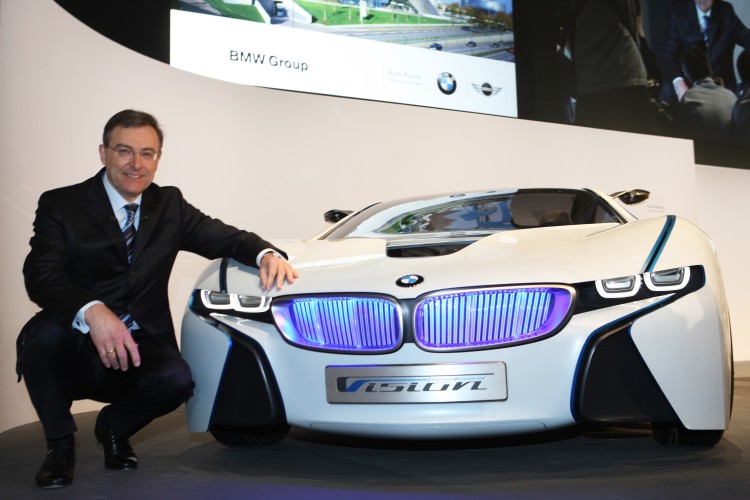 In a recent interview for Automobilwoche, BMW M CEO Norbert Reithofer says BMW will face huge financial challenges to meet tougher CO2 limits that will take effect in 2021 in Europe.

Just last week we reported that BMW aims to cut $5.5 billion in spending.

Reithofer adds that complying with the new regulations will mean a financial effort in billions for the company. He also added that the new family of engines (Bx) will allow BMW to meet the CO2 targets while staying ahead of the competition.

Since 1995, BMW has reduced their CO2 emissions by more than 30 percent and are now at 133 grams per kilometer. The figure of 100g/km of CO2 corresponds to an average fleet consumption of about 4 liters per 100 kilometers.

Interesting enough is the fact that in 2016 BMW will not only celebrate 100 years of existence, but also it will mark the end of Reithofer’s contract. When specifically asked about this topic, Reithofer elegantly responded:

“We have our Strategy Number ONE, which extends into 2020 and is fine-tuned once a year. The world is turning faster and faster. That is why our leadership team meets once a year at a two-day strategy retreat. We like to invite specialists as well. Once it was a quantum physicist. We wanted him to tell us what was heading our way over the next 20 years, especially in basic research. For example, what changes will quantum computers bring?”

SEE ALSO: Who will be BMW’s next CEO?

At the end of the interview, he also confirmed that the BMW i8 is currently sold out.

“With this car, our customers need to be patient. We had no comparable measure at all in our sales planning. The i8 is a vehicle that — like the Z8 a few years ago — is not designed for large volumes. Instead, we’re talking about a few thousand units.”

Full interview can be found here.