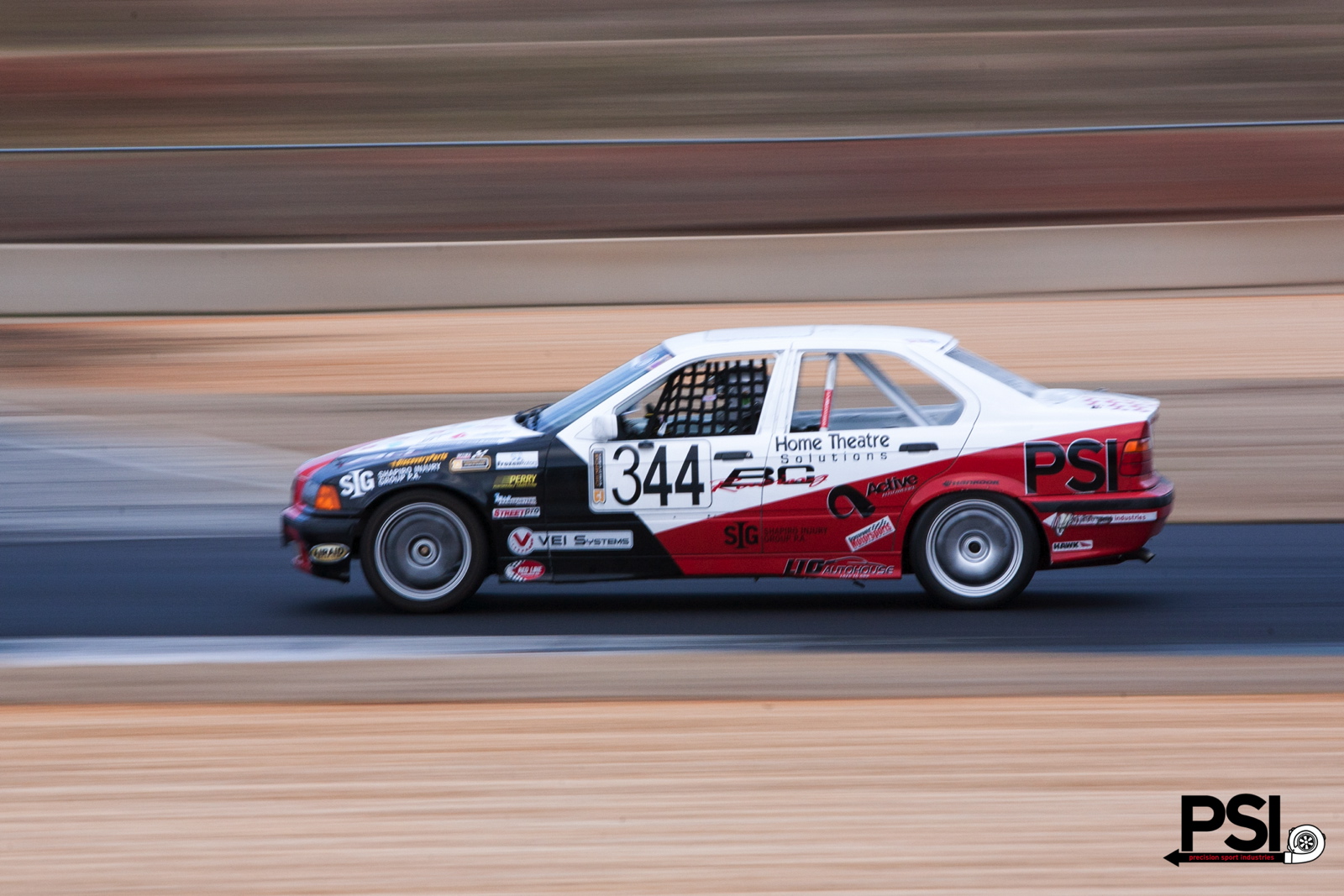 Florida-based shop PSI takes their Chumpcar to race at Road Atlanta. Aboard their E36 3 Series, this was only their second race, and after the nightmare they had at Sebring last fall, they weren’t quite sure what to expect going into this event.

With only 5 of our 7 drivers present that weekend, PSI got more seat time than back at Sebring. The car and crew arrived Friday morning for tech inspection, and found that the alternator had somehow died on the way up to Atlanta. Luckily, there was a BMW junkyard just down the street from the track, and they were able to get a replacement on-site. After that was repaired, the race went smoothly for a while. 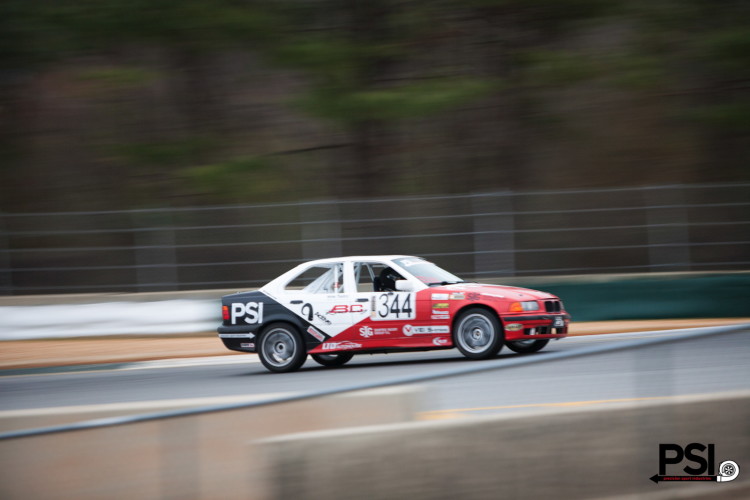 On top of it, one of the PSI drivers bent a wheel a few hours in, so that cost some time. Later, a leaking valve cover gasket was also discovered and replaced in about 30 minutes or so.

During the race, one of the PSI drivers got black flagged for “driving too aggressively”, some believe it was an unfair ruling. This same driver also put down the fifth-quickest lap of the weekend, so there you have it. 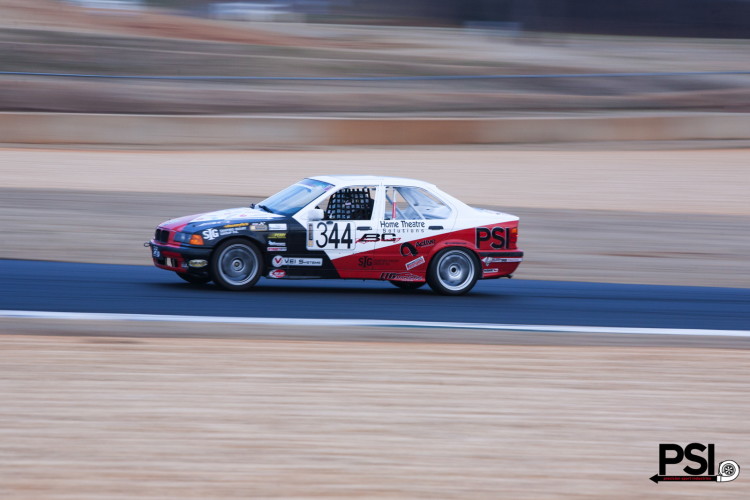 In the last hour of the race, the E36’s ECU died and PSI had to borrow one from another team, which allowed them to finish the race. Overall the PSI Chumpcar finished 42nd out of 109 entrants, with just over two hours of downtime not spent on the racetrack.

Look for another race aboard the E36 3 Series in another upcoming Chumpcar event soon! 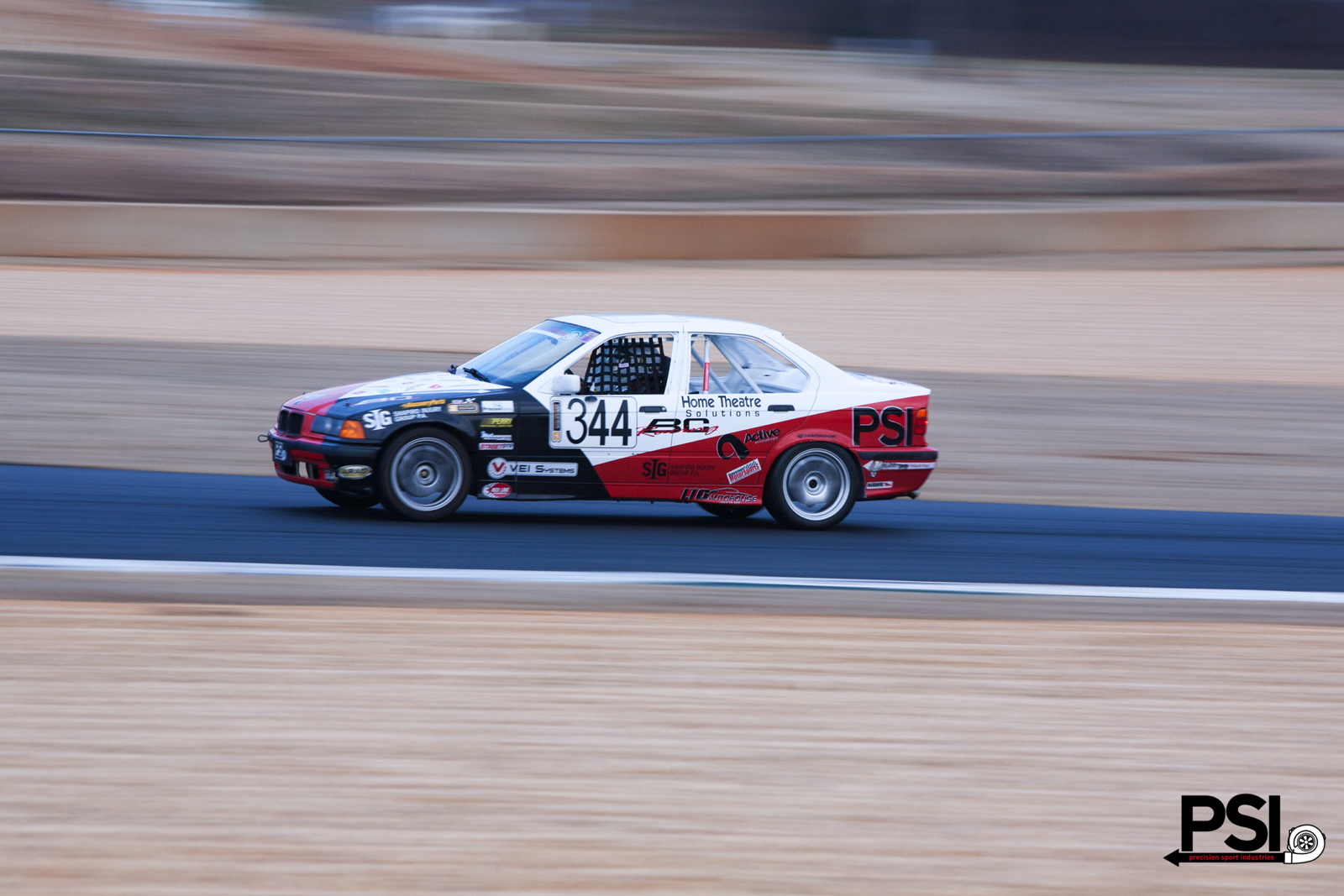 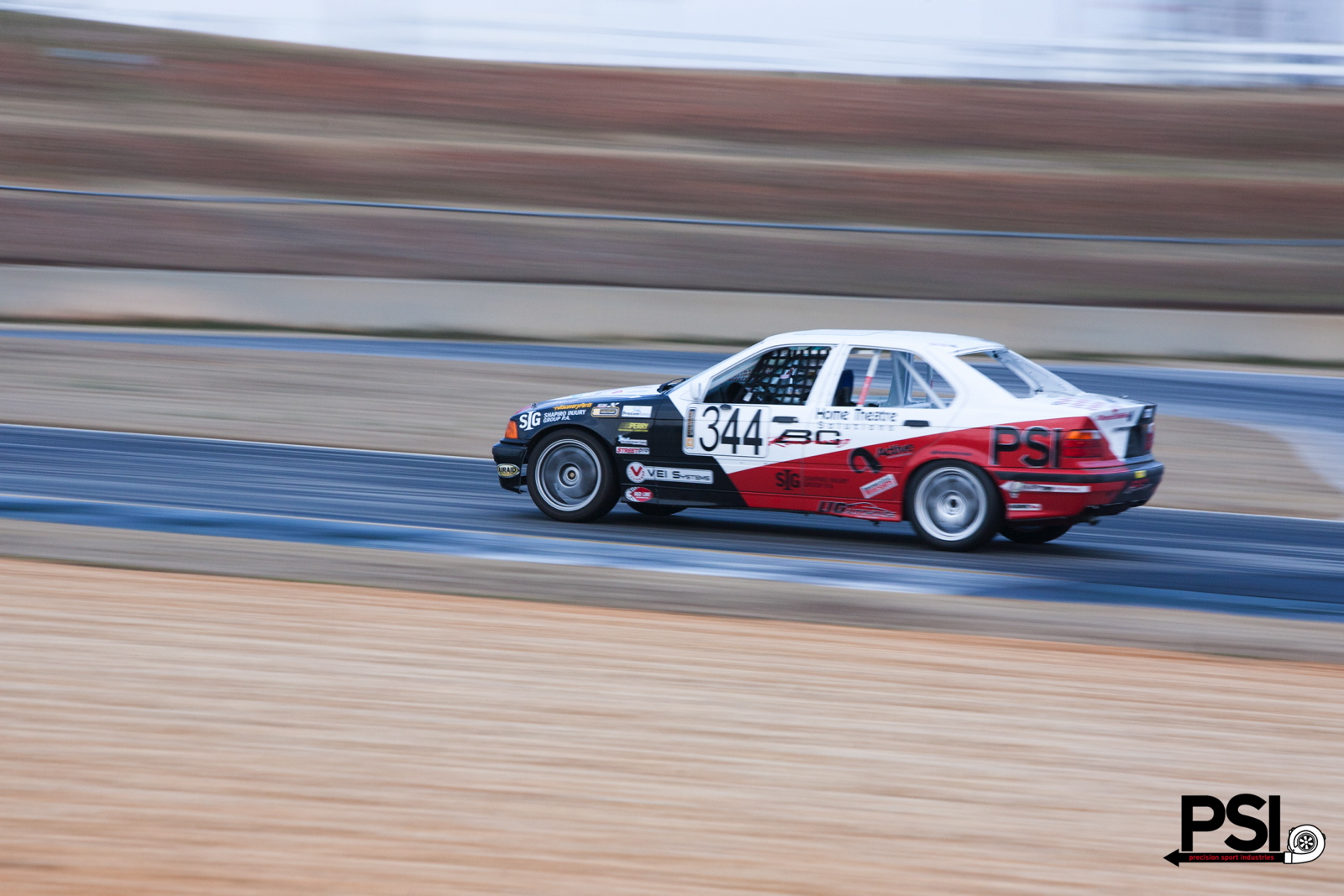 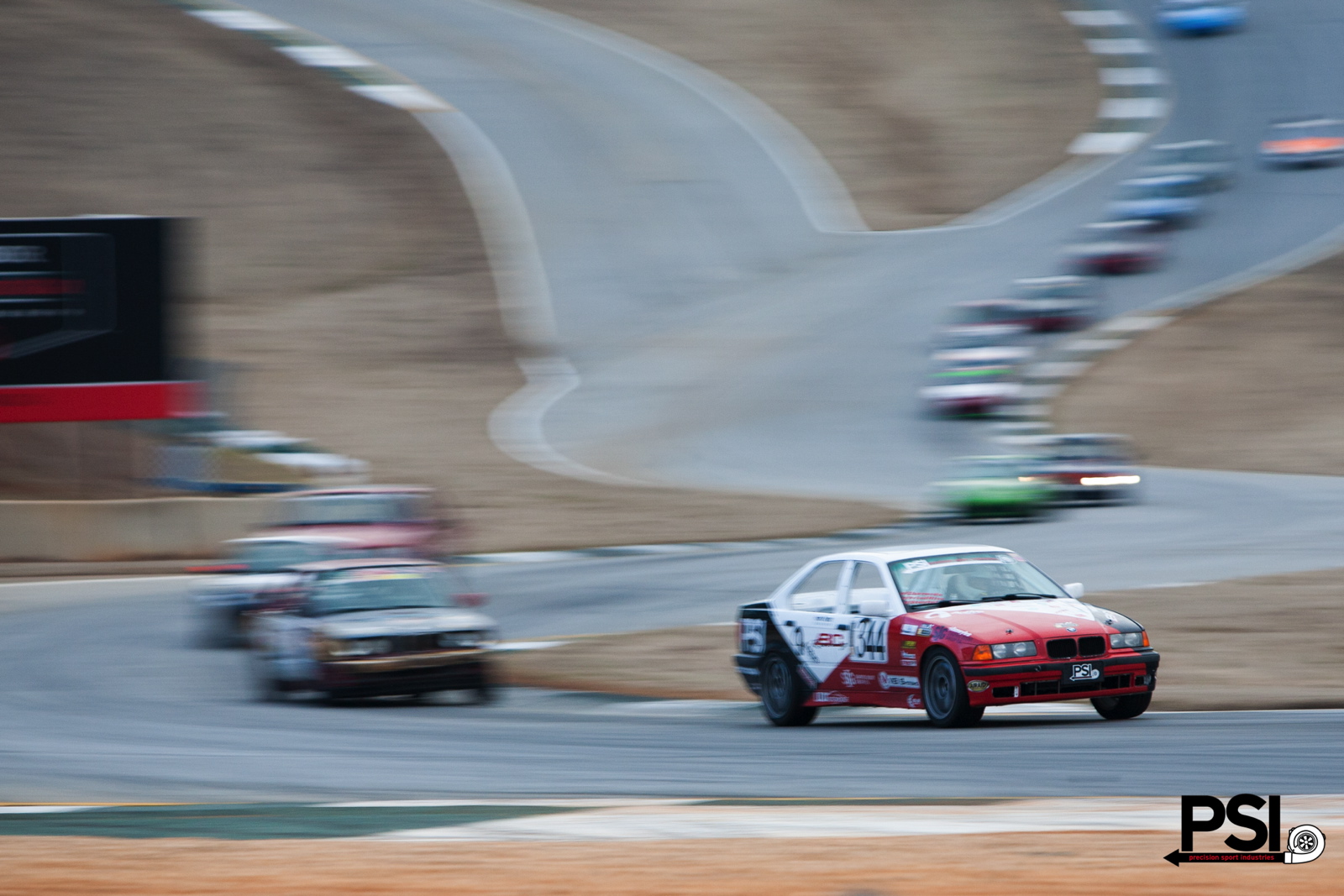 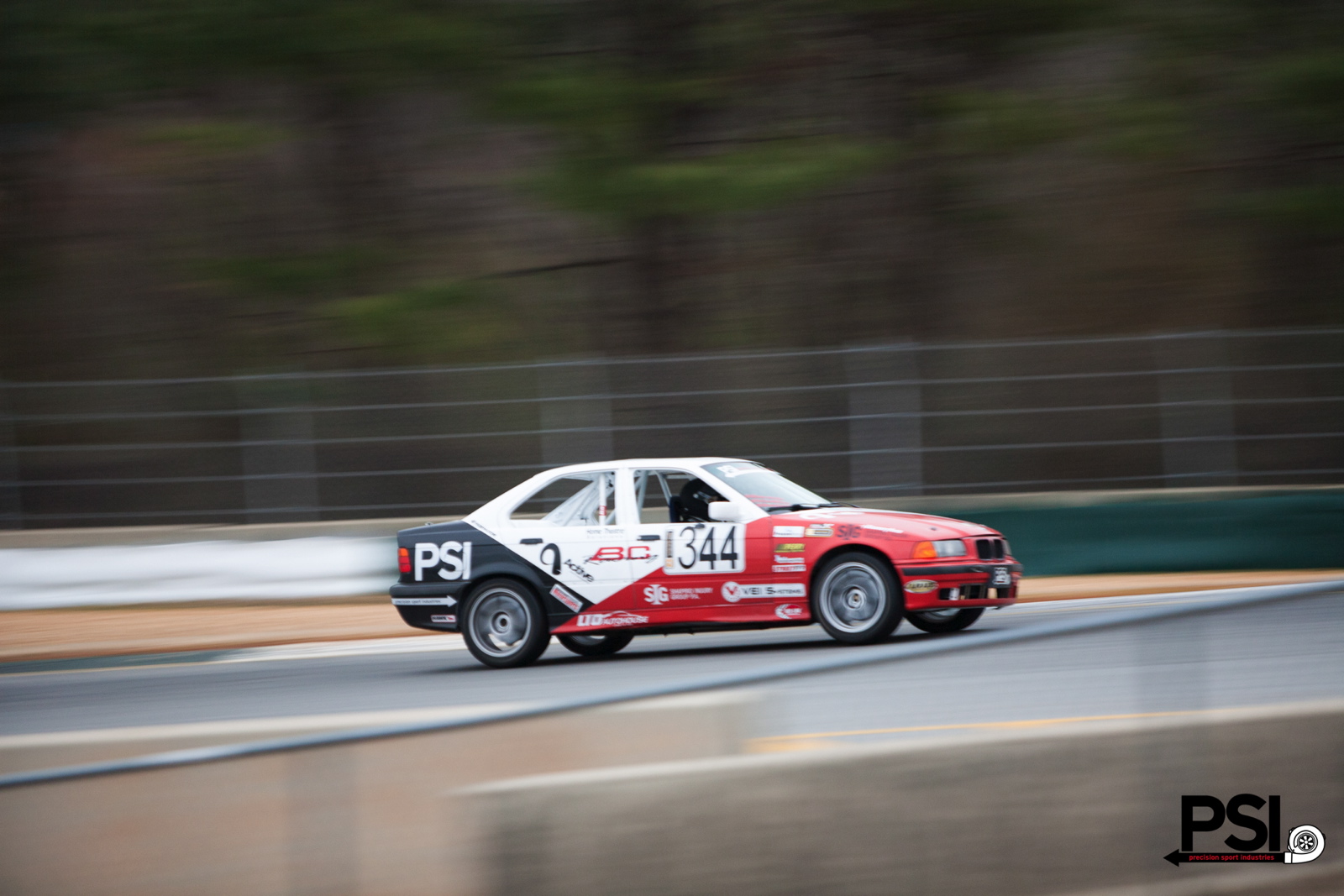