While many might not consider the 1M to be a limited edition, in all technicality it is, with only 740 units arriving here in the US. Albeit cobbled together with bits from other BMWs, anyone still considering this to be not M-worthy needs to understand immediately that the sum is so much greater than the parts. While the lightning-quick steering and short wheelbase conspire with the meaty power band to give the little 1M the alacrity of a cheetah on Red Bull, the PSI client imagined in true enthusiast fashion that certain elements could be improved even more. 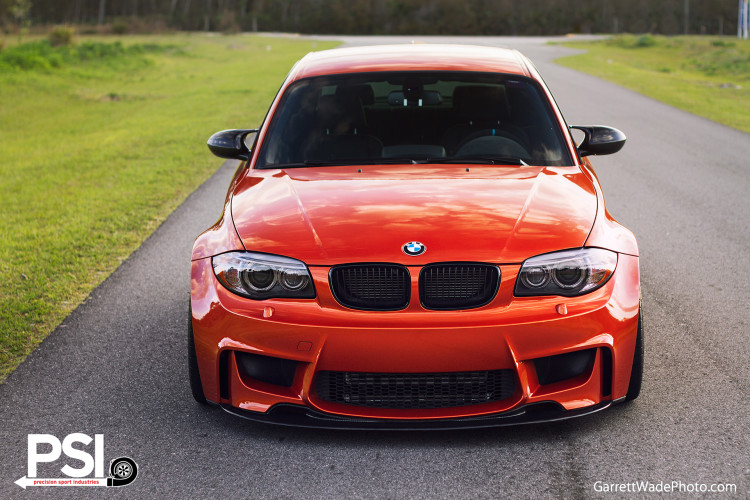 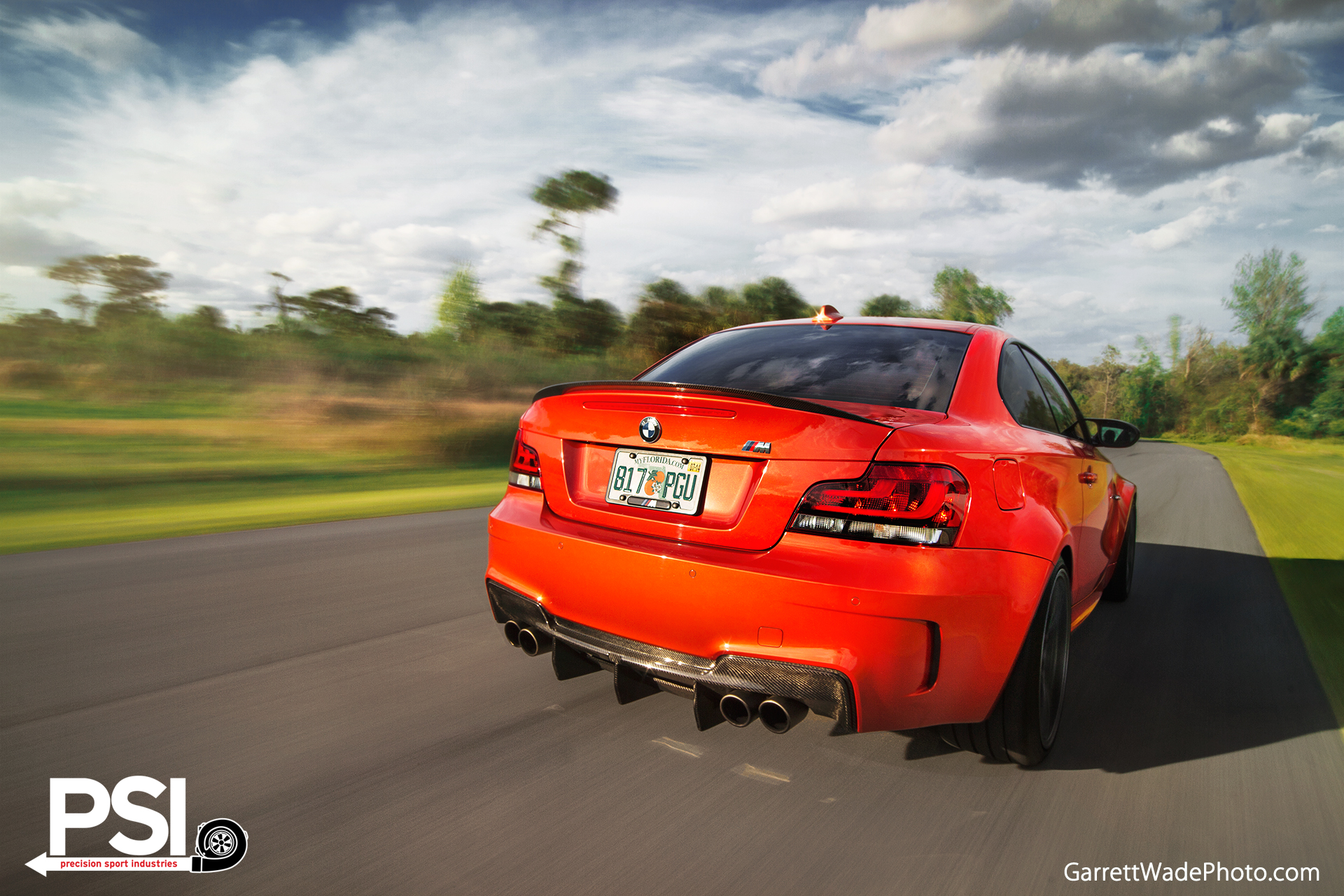 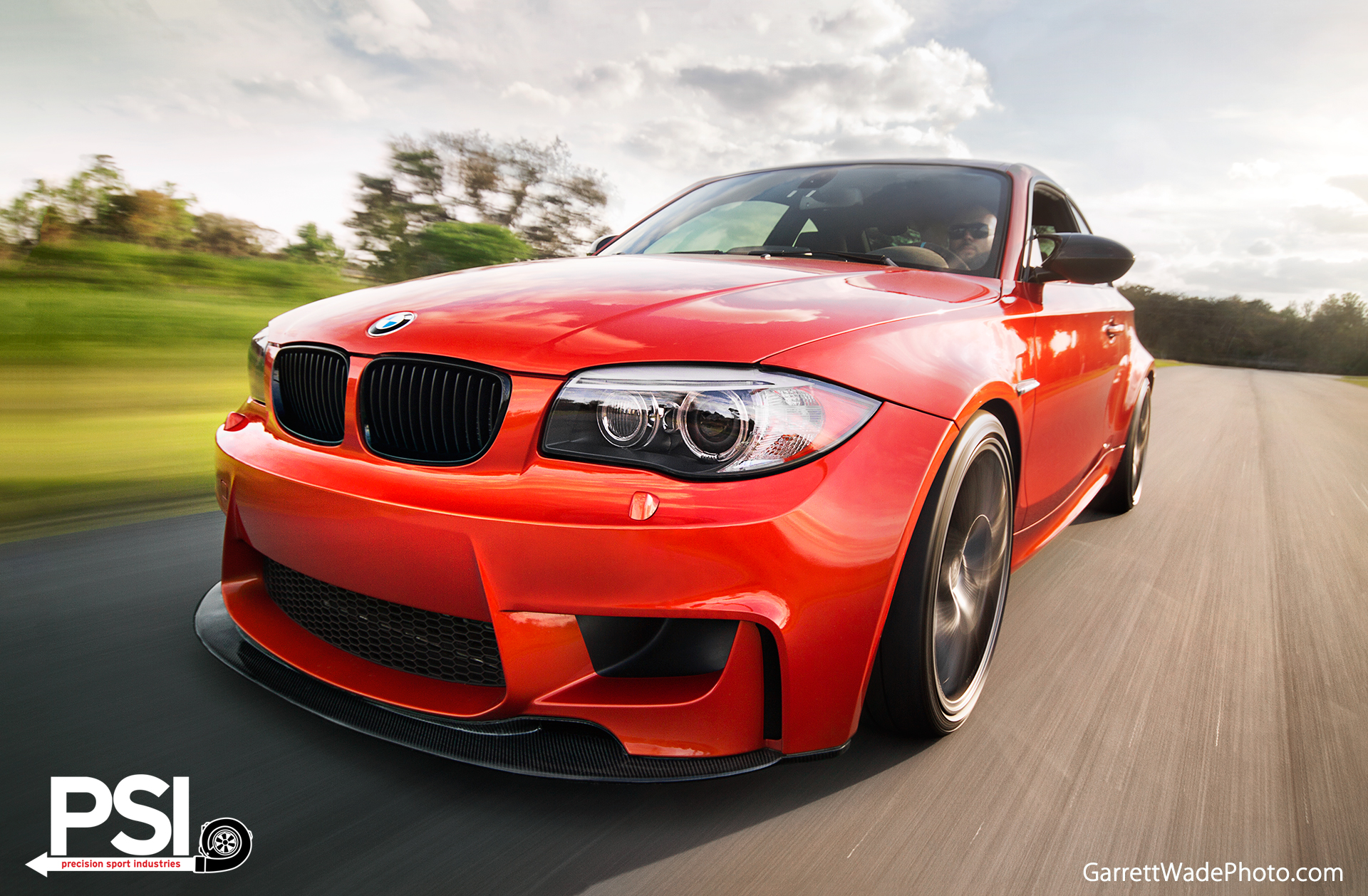 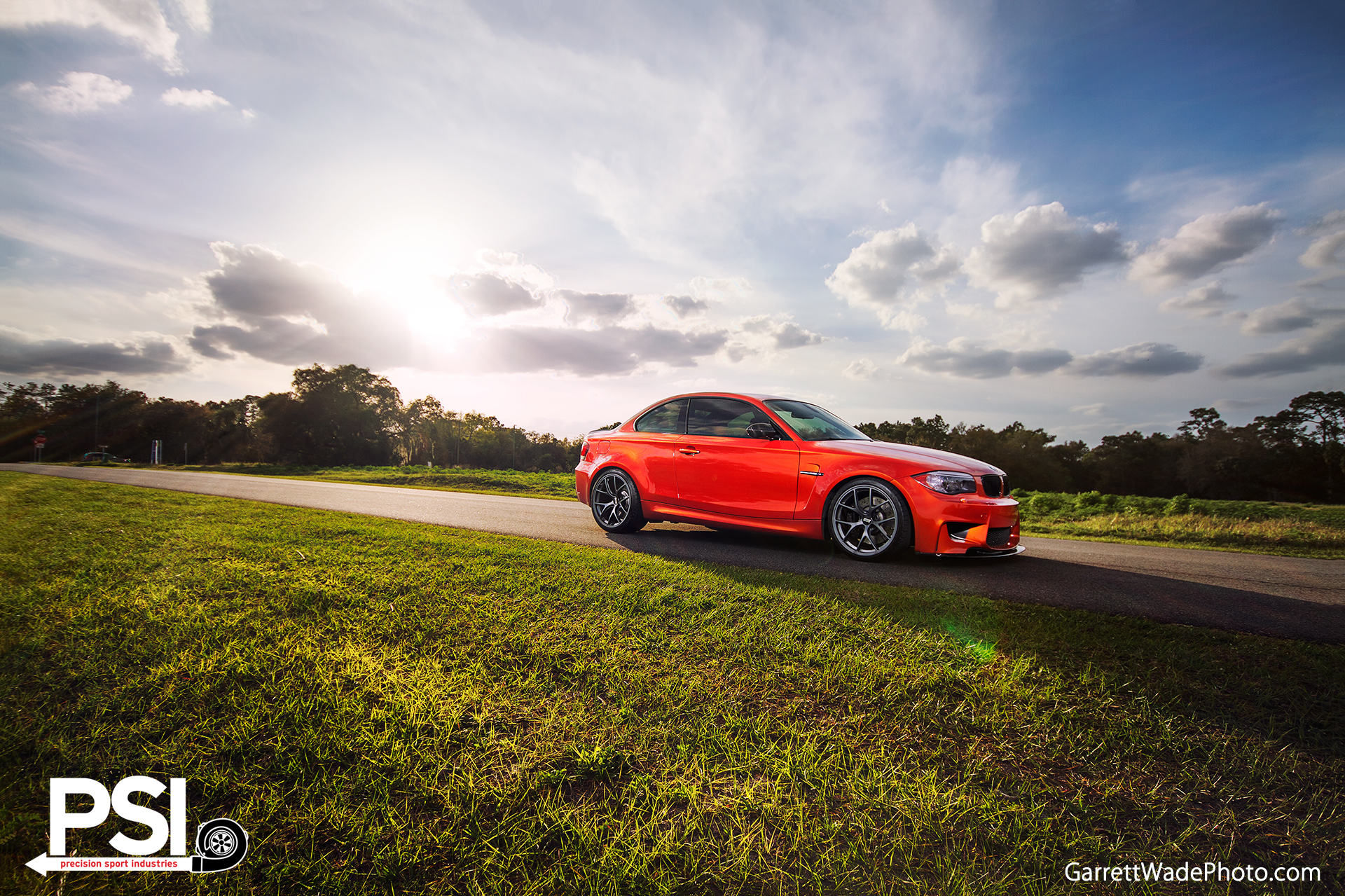 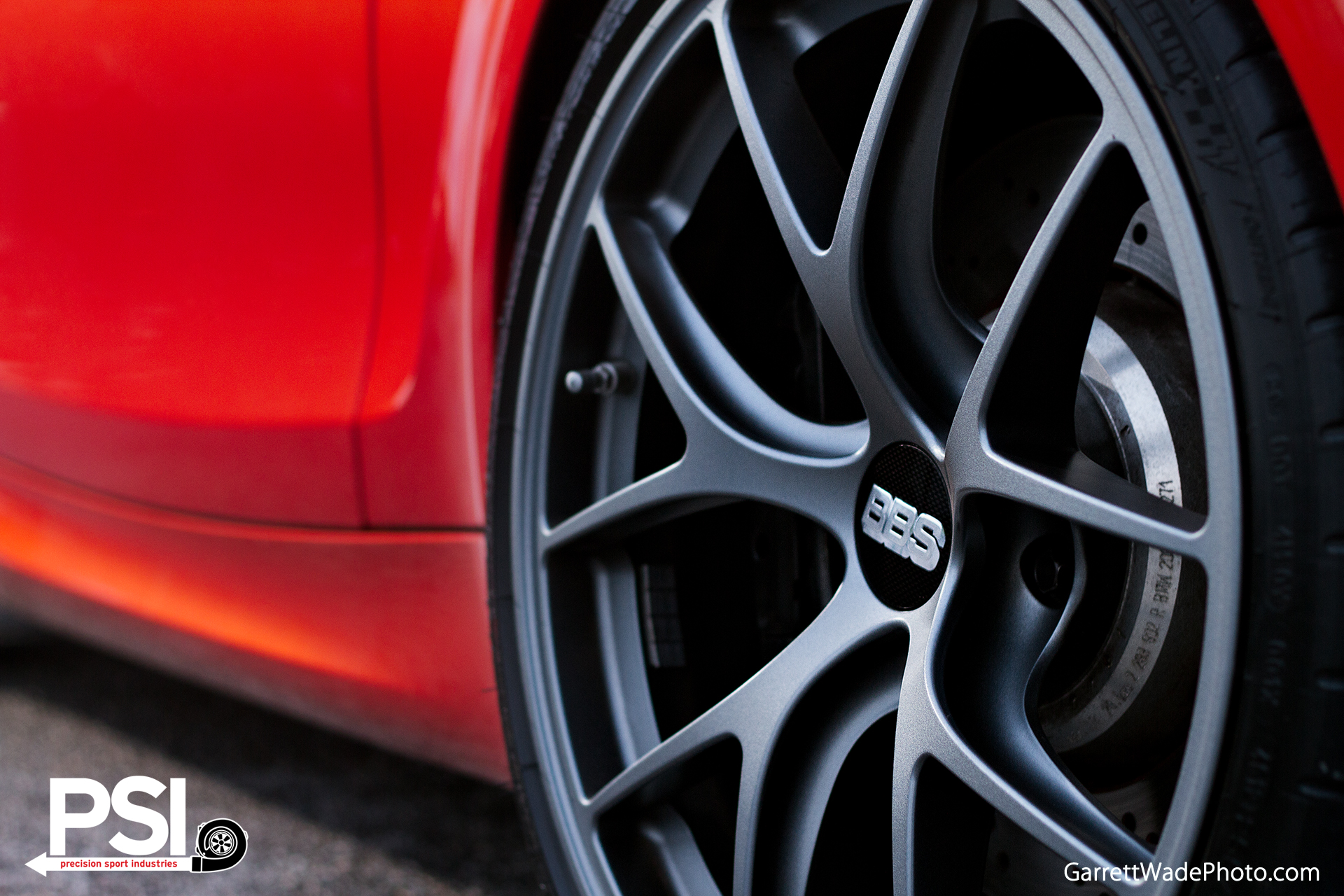 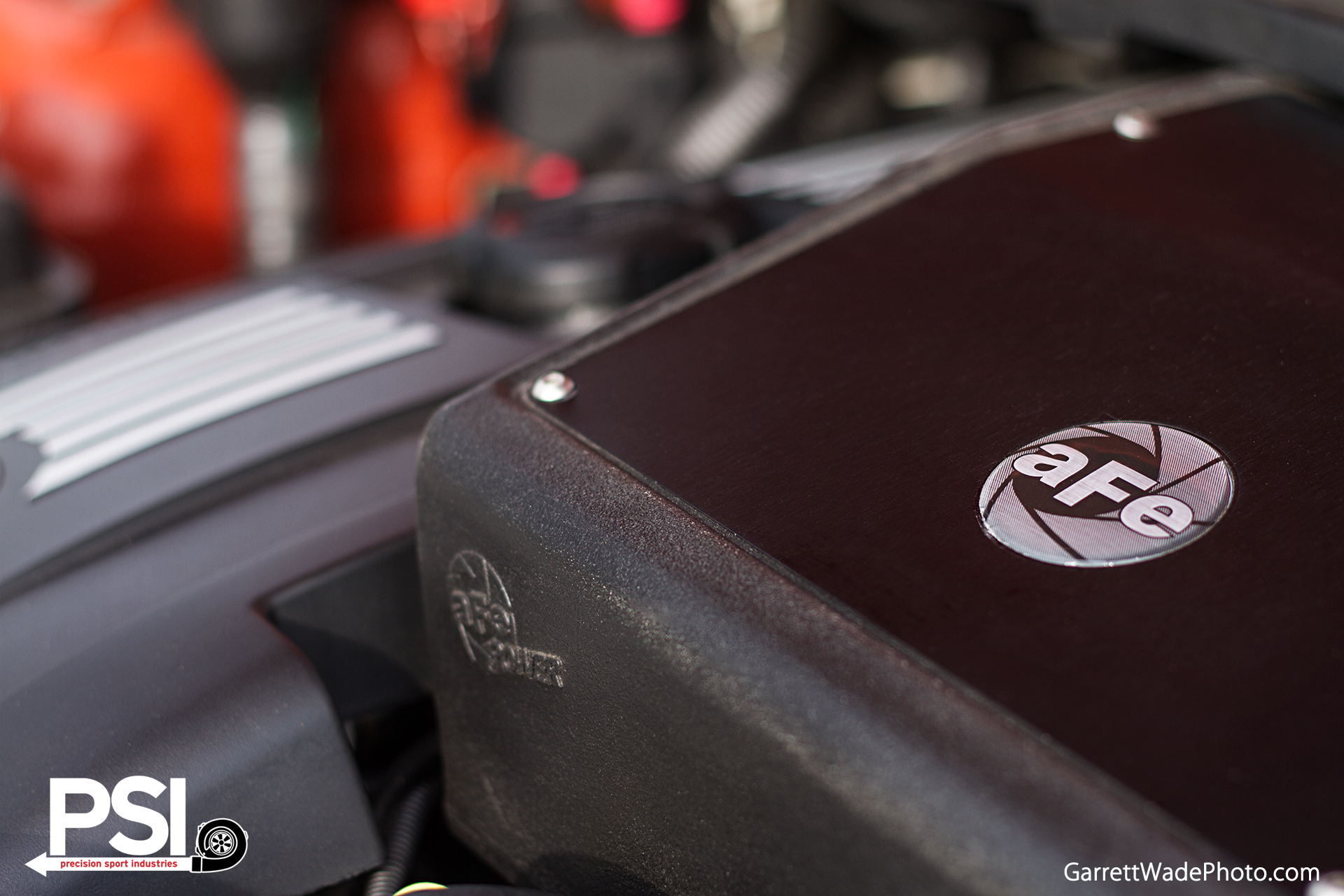 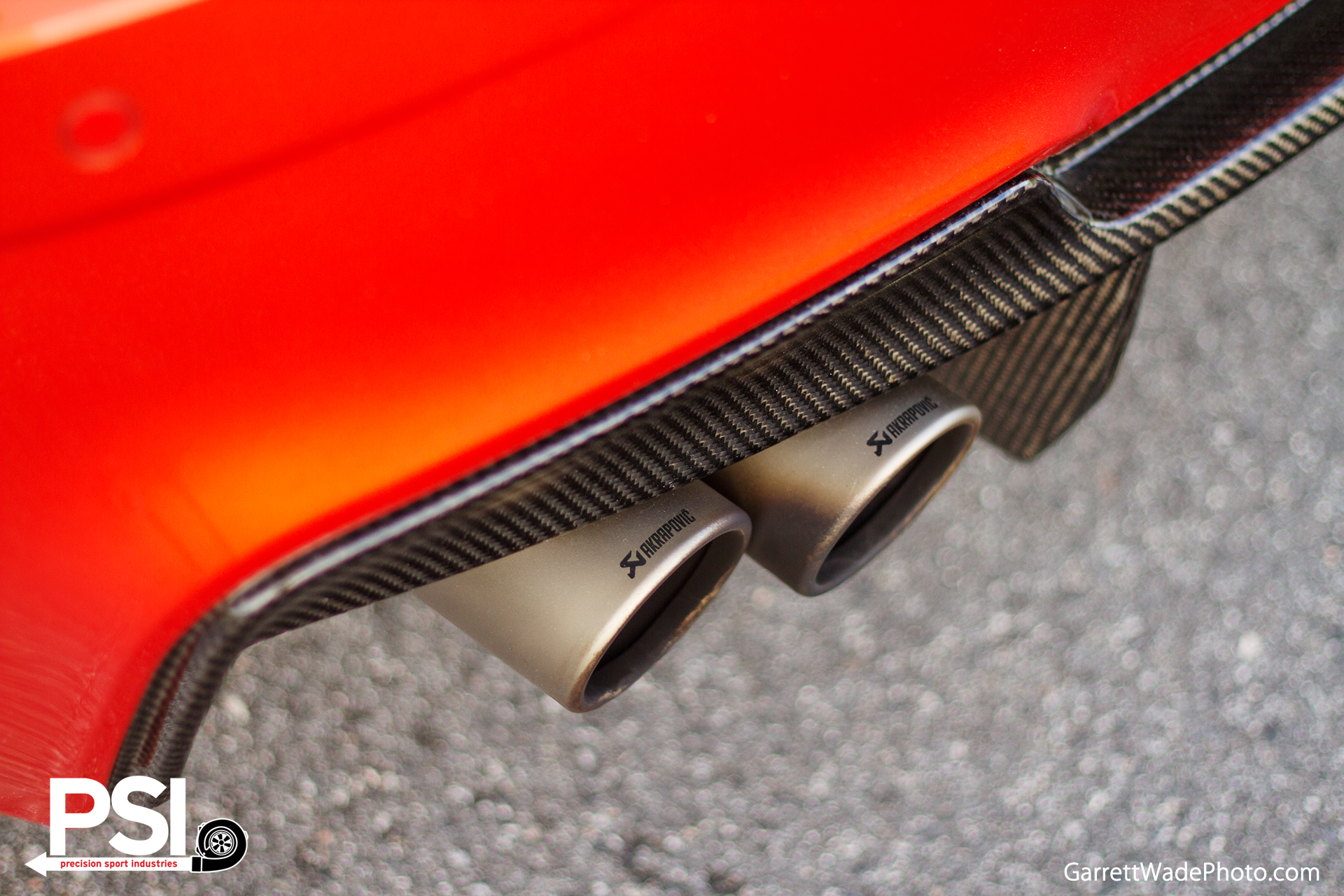 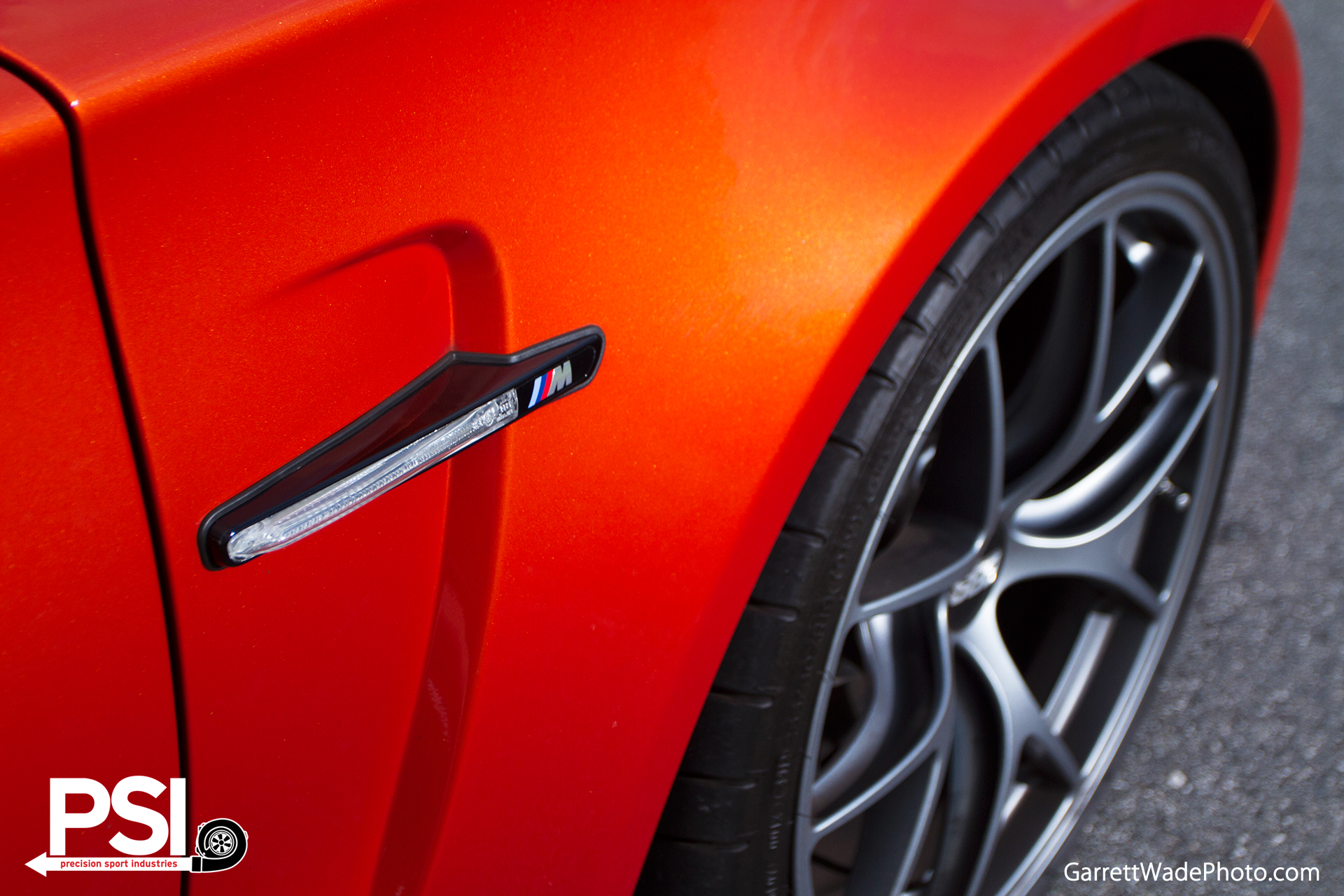 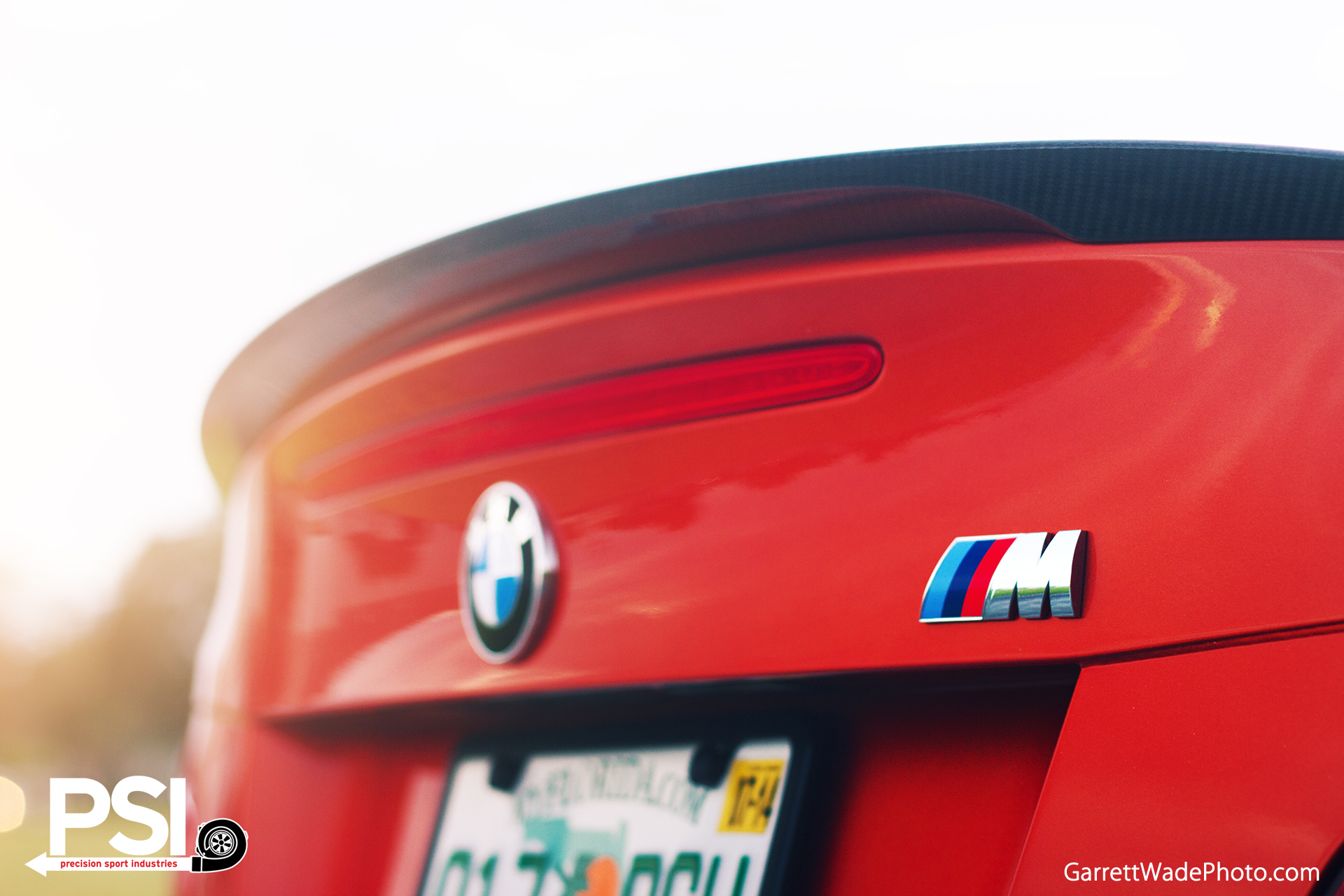 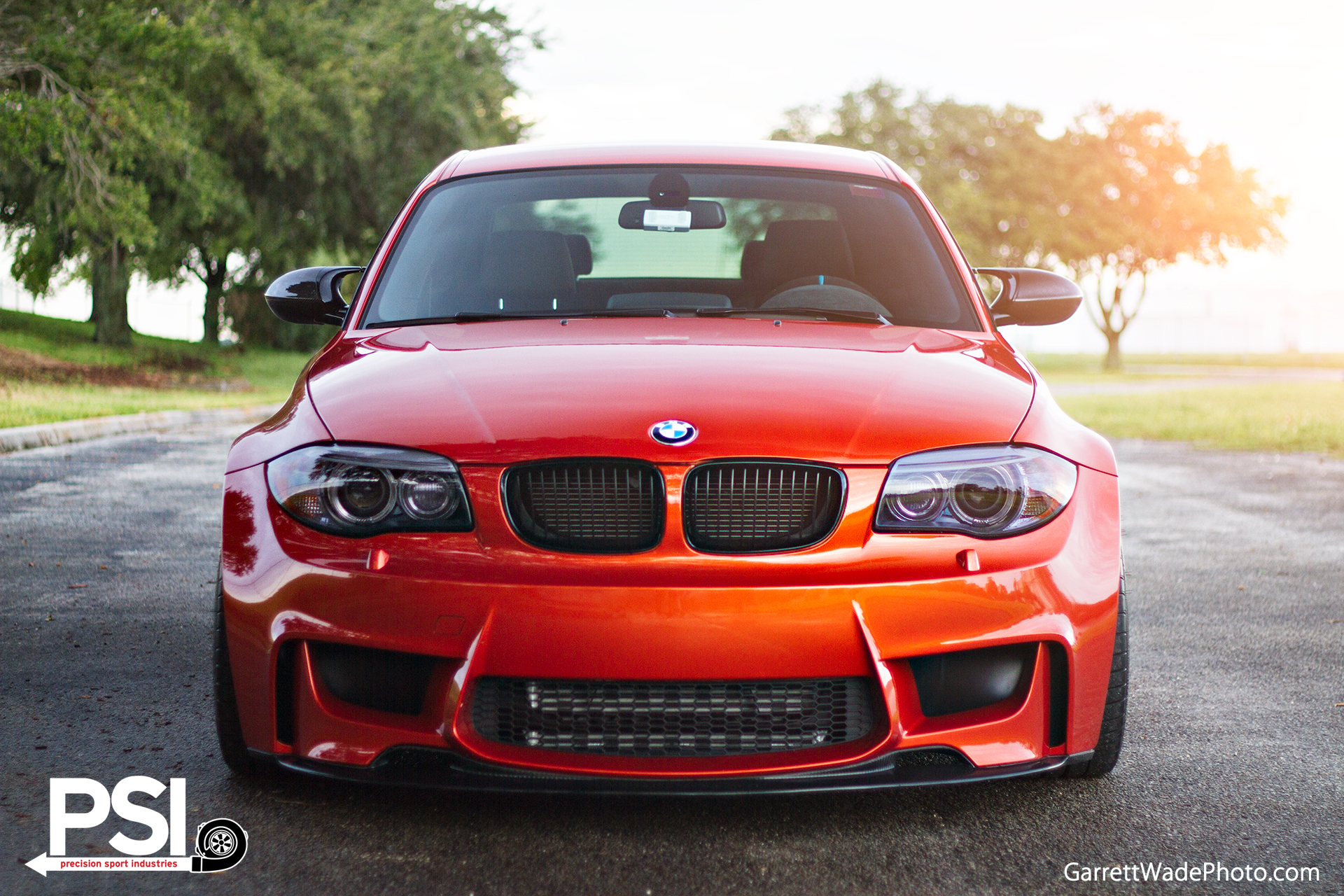 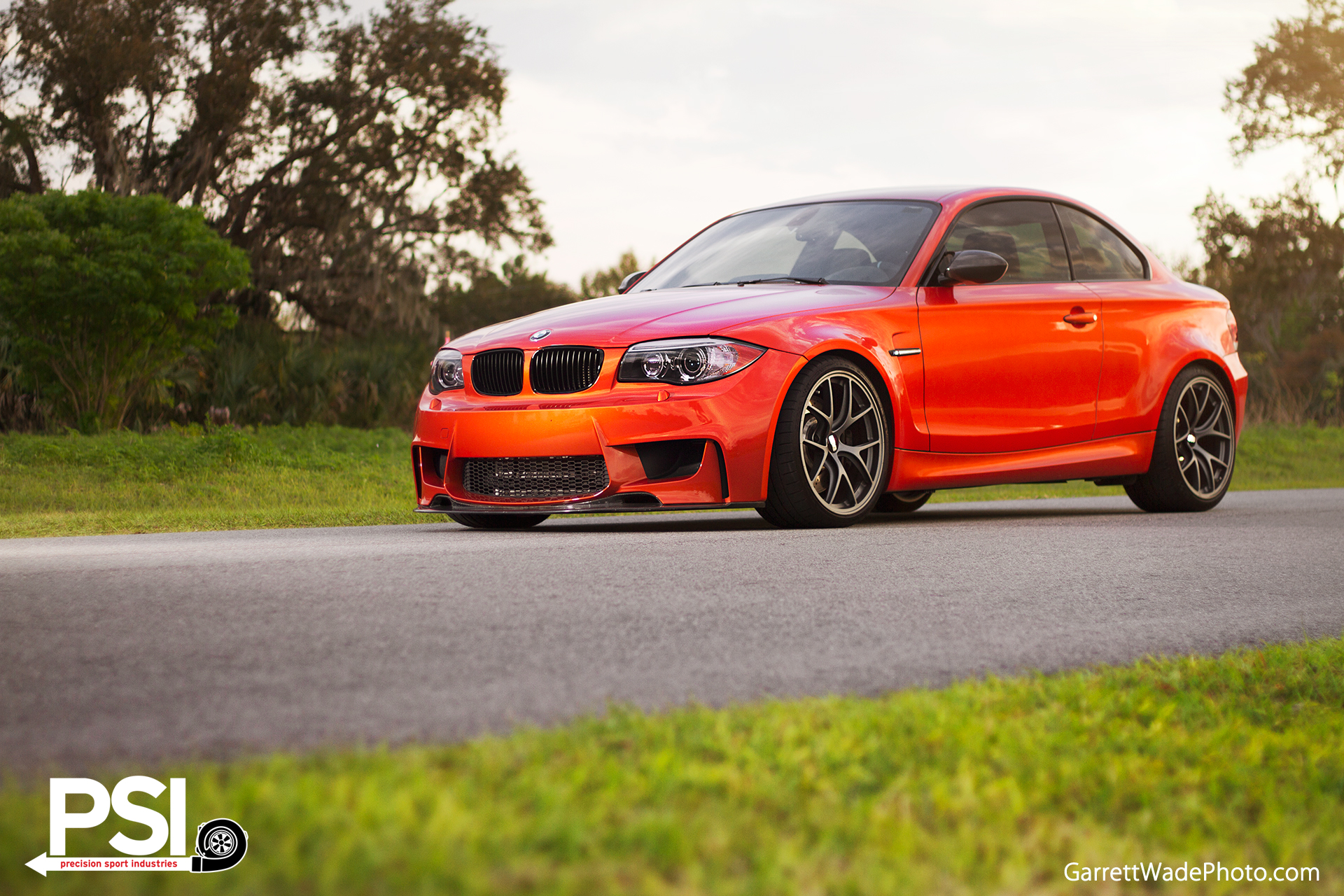 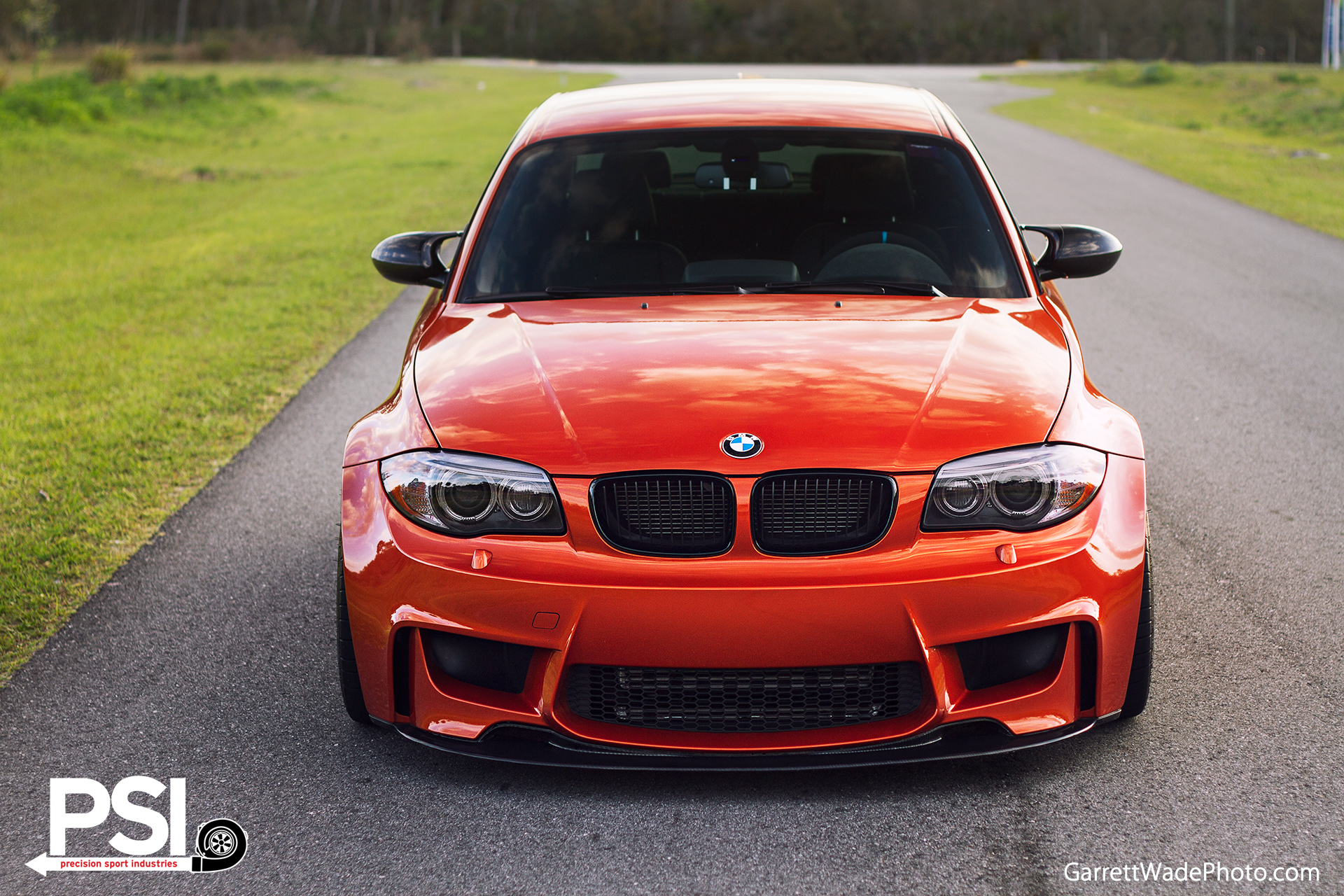 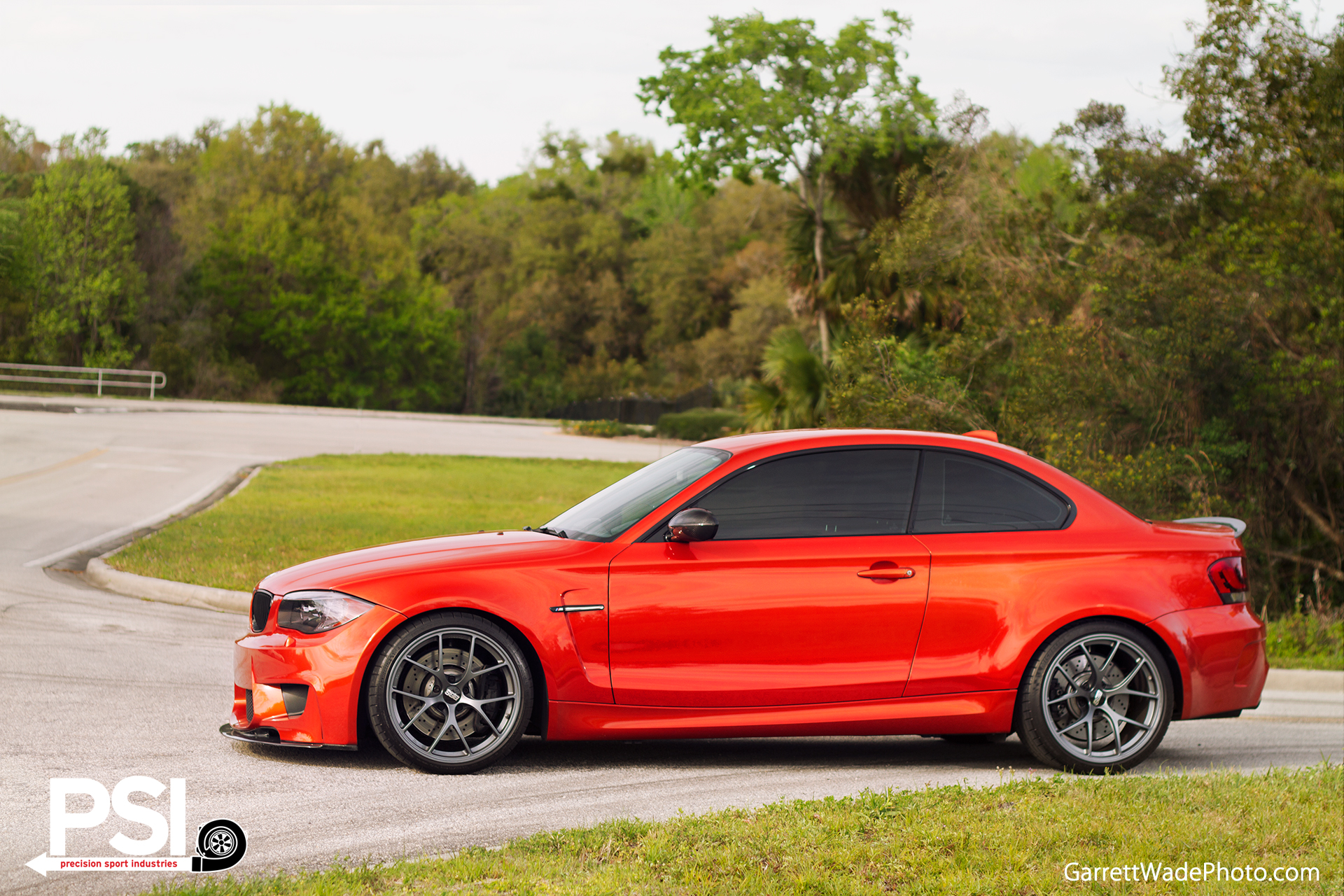 The shop’s first encounter with this particular 1M occurred almost two years ago, but recently a few changes were made, and they felt nothing short of a new feature would do this gorgeous car justice. Without a doubt, the massive and coveted BBS FI titanium wheels dominate the visual experience, and rightly so. Measuring 19×9.5″ front and 19×10.5″ rear, it is difficult to imagine anything filling out those wheel wells more effectively. Mounted under a set of KW V3 coilovers, the stance quite honestly weakens the knees. 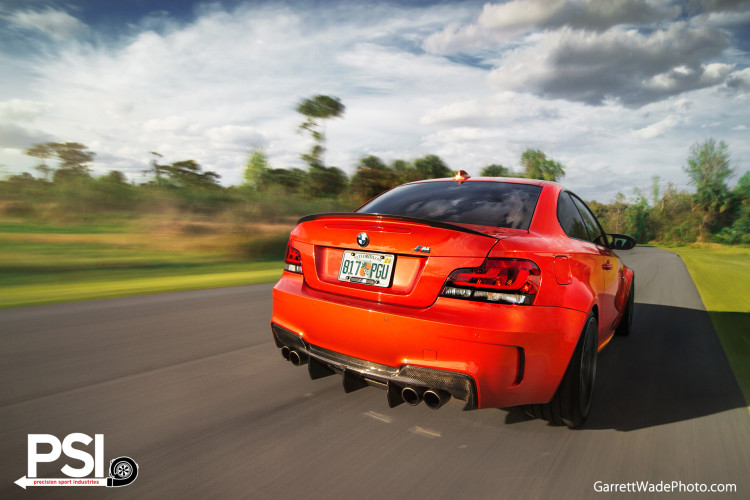 The existing Slek front lip splitter and Revozport rear diffuser carbon fiber pieces were retained, and the added punch they lend to the bodywork is not to be underestimated. Matching the weave of those pieces are the BMW mirror caps and BMW Performance spoiler, with a new set of OEM Blackline taillights finishing off the appearance enhancements. Inside, a new P3 gauge complements the BMW Performance steering wheel, giving a competition feel that is backed up by the power delivery. 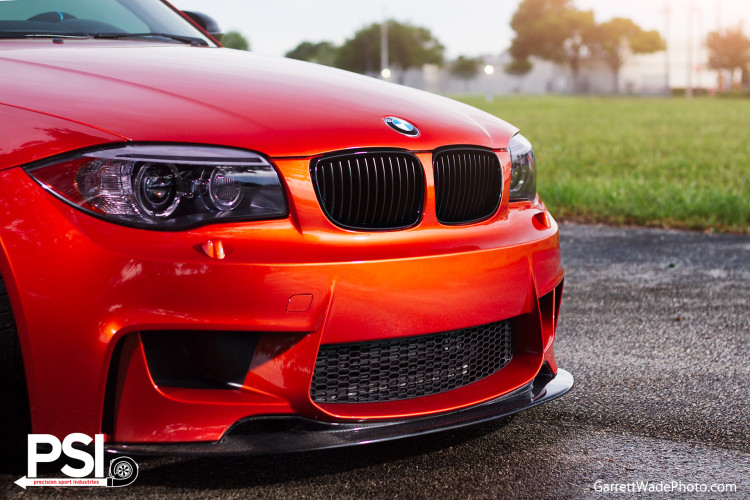 A complete Akrapovic Evolution exhaust system – including downpipes – had previously been installed, and since that is hard to improve upon, we simply added an AFE Stage 2 intake to enhance breathing and an Evolve Stage 3 tune to expertly manage all the new-found airflow. Suffice it to say, any minor quibbles that may have existed concerning dips in the power band or overall output are long gone and forgotten. This 1M will handily outpace a stock E9x M3 and ask for more.

For the moment, the PSI’s client seems quite happy with this current setup, but a few times they caught a glimpse of that itch most enthusiasts get sooner or later. For the time being, his 1M is an eye-wateringly beautiful sight.