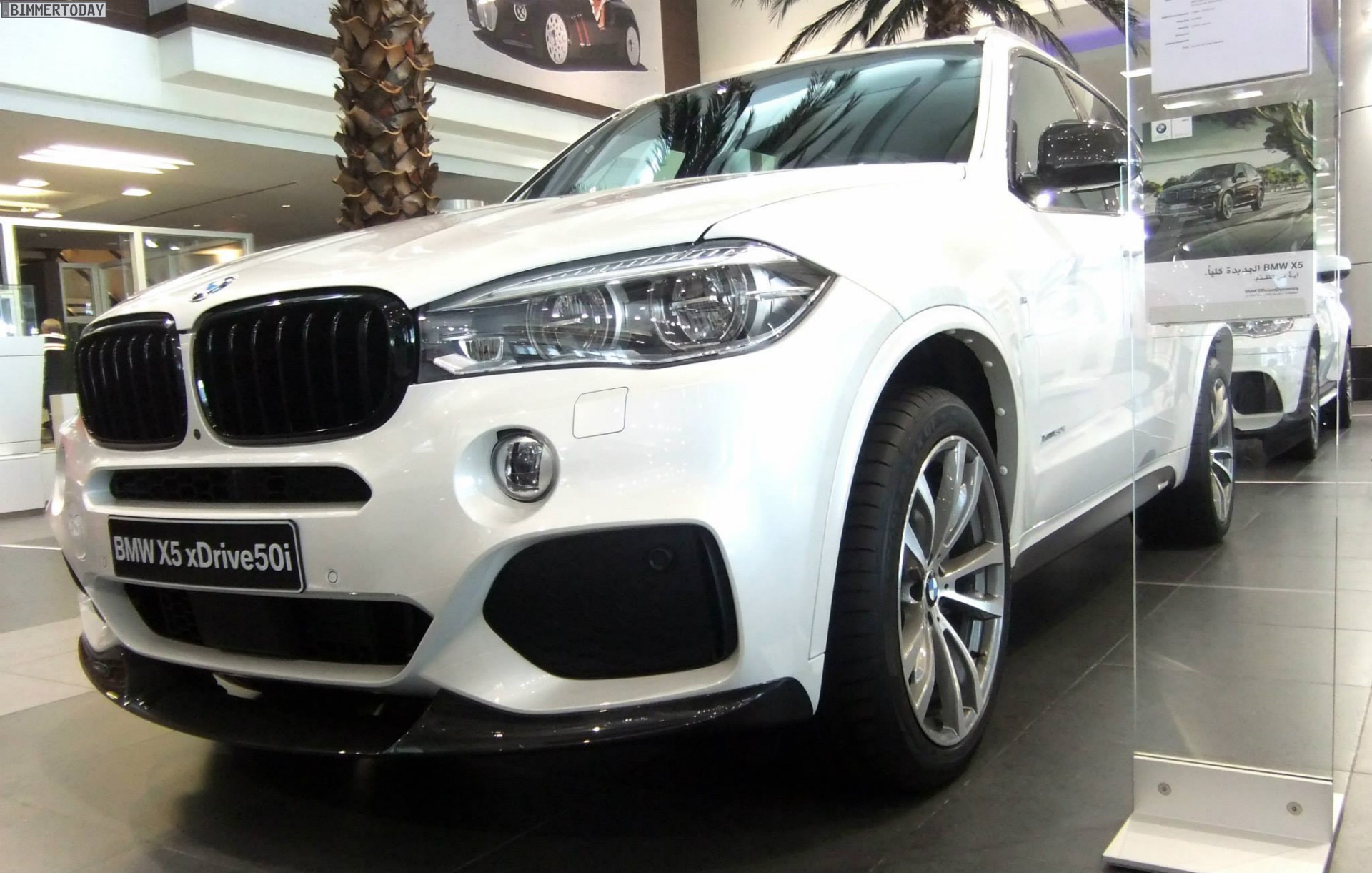 Based on the M Sports Package, there is a whole lot of tuning accessories that bring a more aggressive appearance to the third-generation X5. The real photos show the BMW X5 xDrive50i in Alpine White that contrast nicely with the black and carbon fiber M parts.

Particularly striking are, next to the black kidneys and the carbon exterior mirror caps, the carbon inserts for front and rear aprons. The M Performance side skirts, the carbon diffuser and the small aero flaps on the outer sides of the rear apron give the X5 a sporty look from all sides. 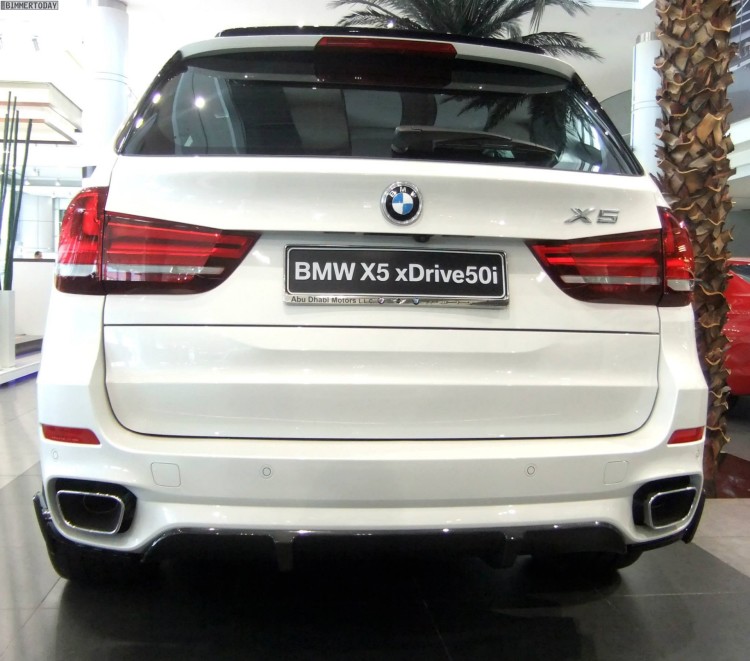 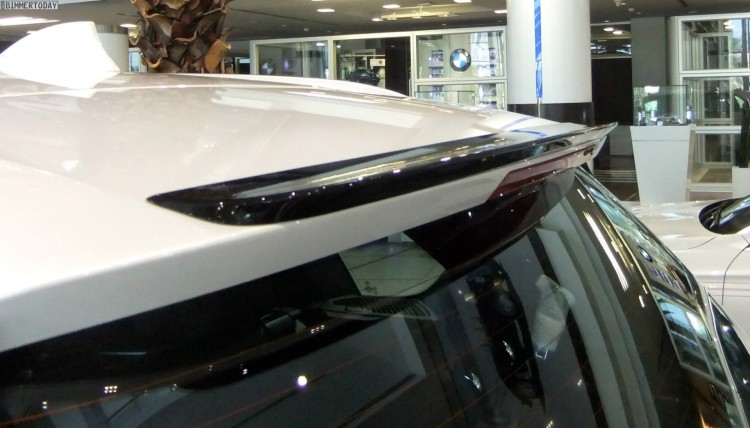 All models will be equipped with BMW’s latest 8-speed automatic transmission.

For the first time, the new BMW X5 will be offered with a rear-wheel drive configuration beside the “typical” xDrive setup. The 2014 BMW X5 xDrive50i will start at $69,125. All prices include $925 destination and handling. 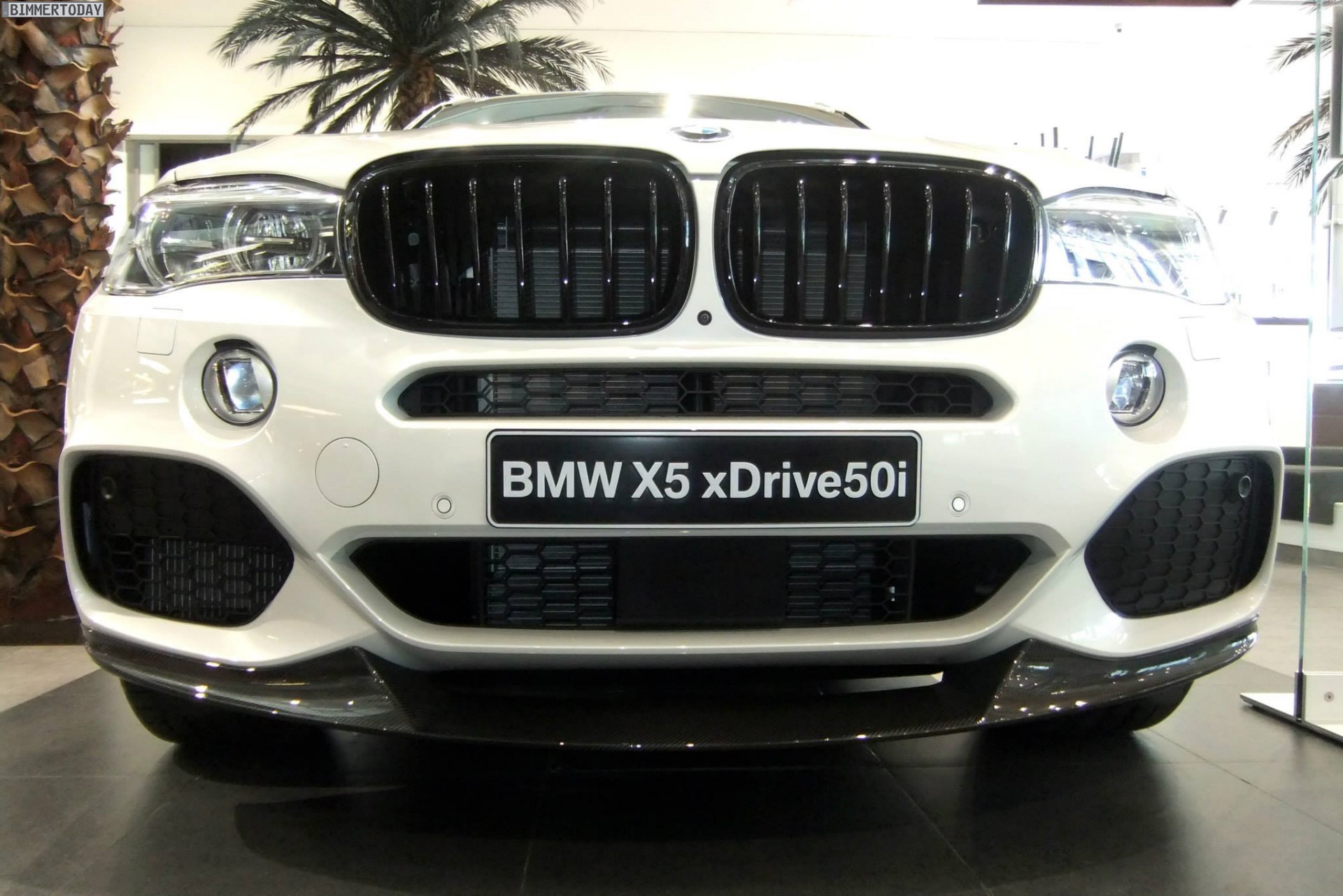 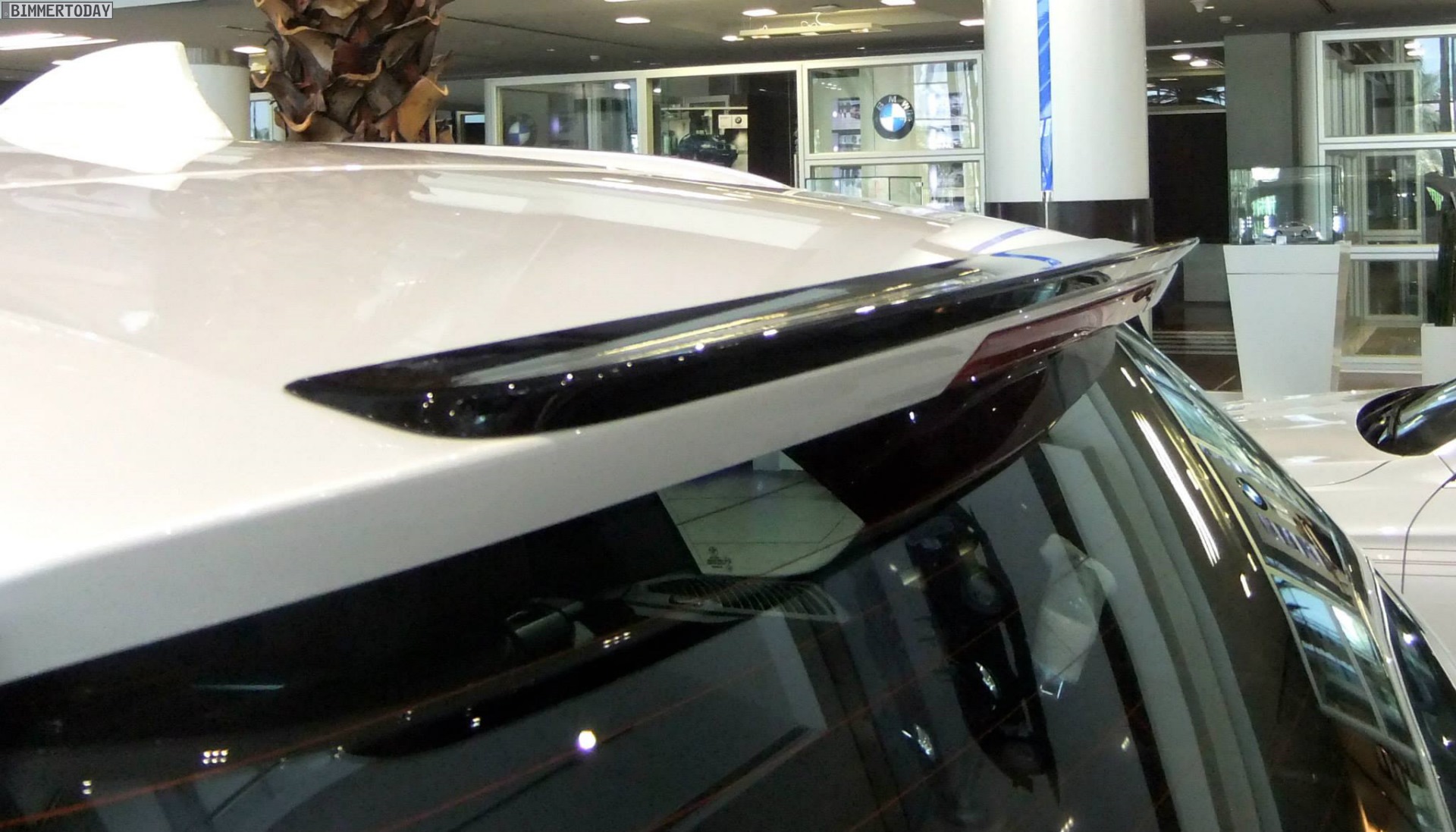 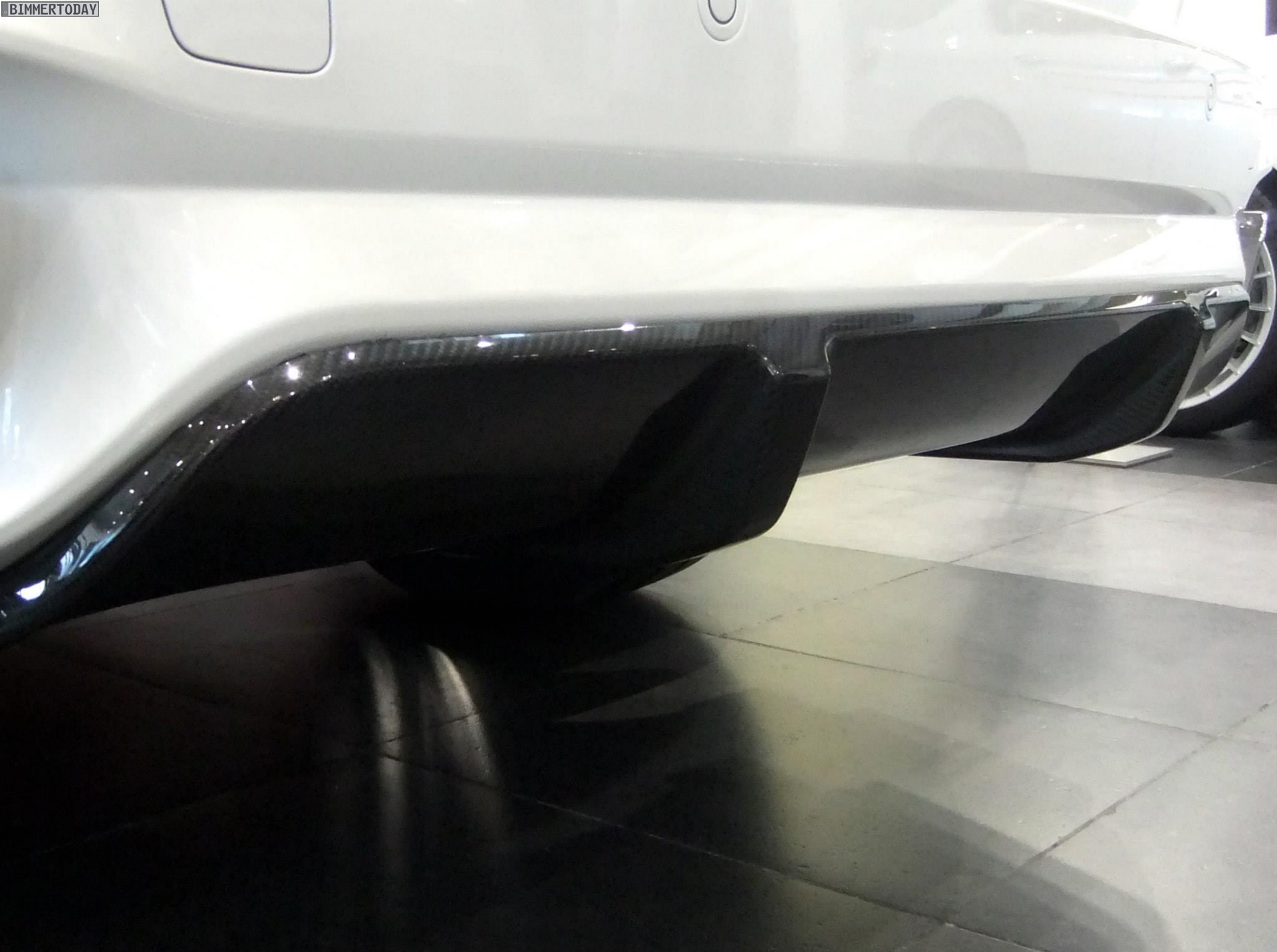 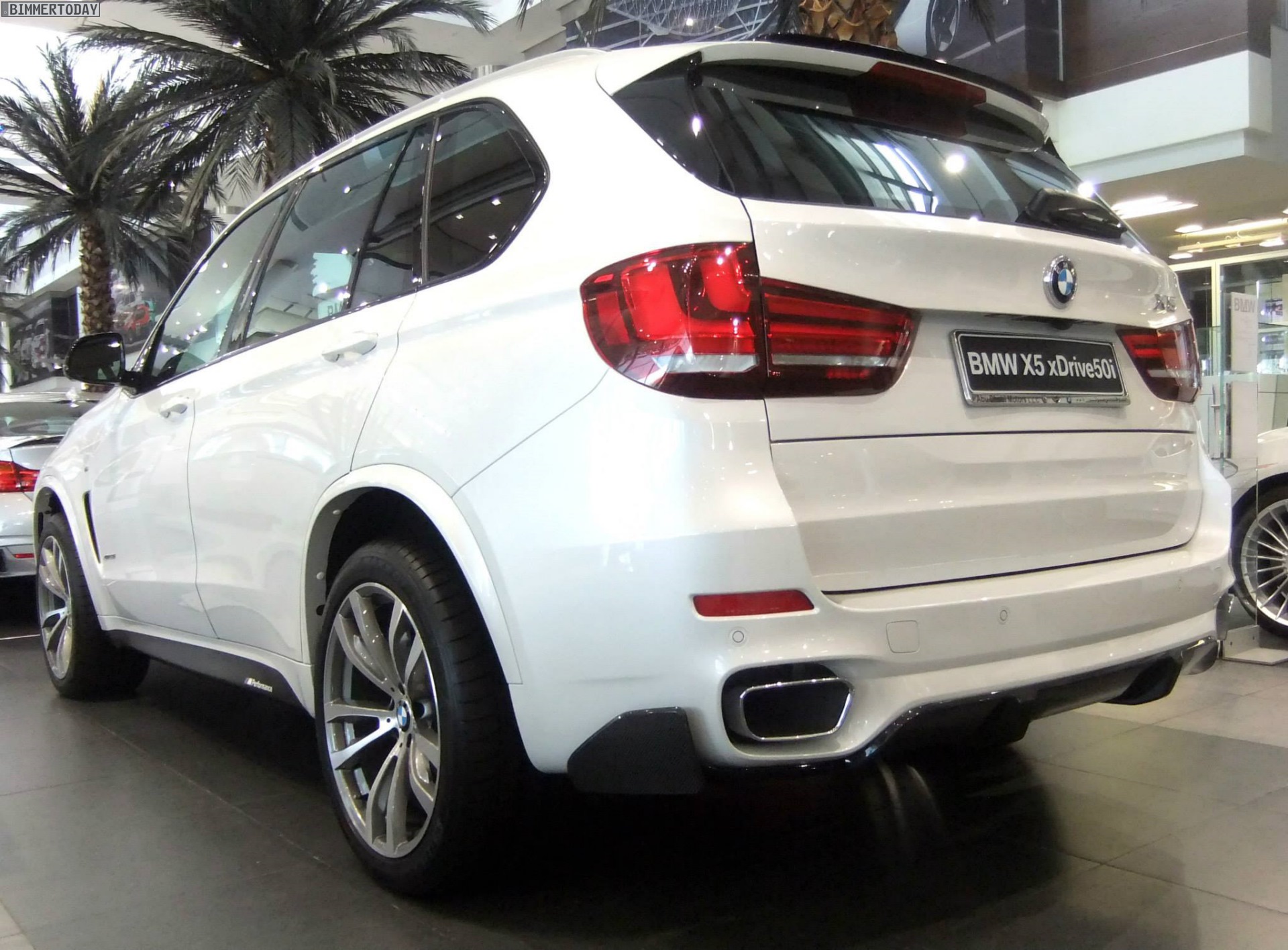 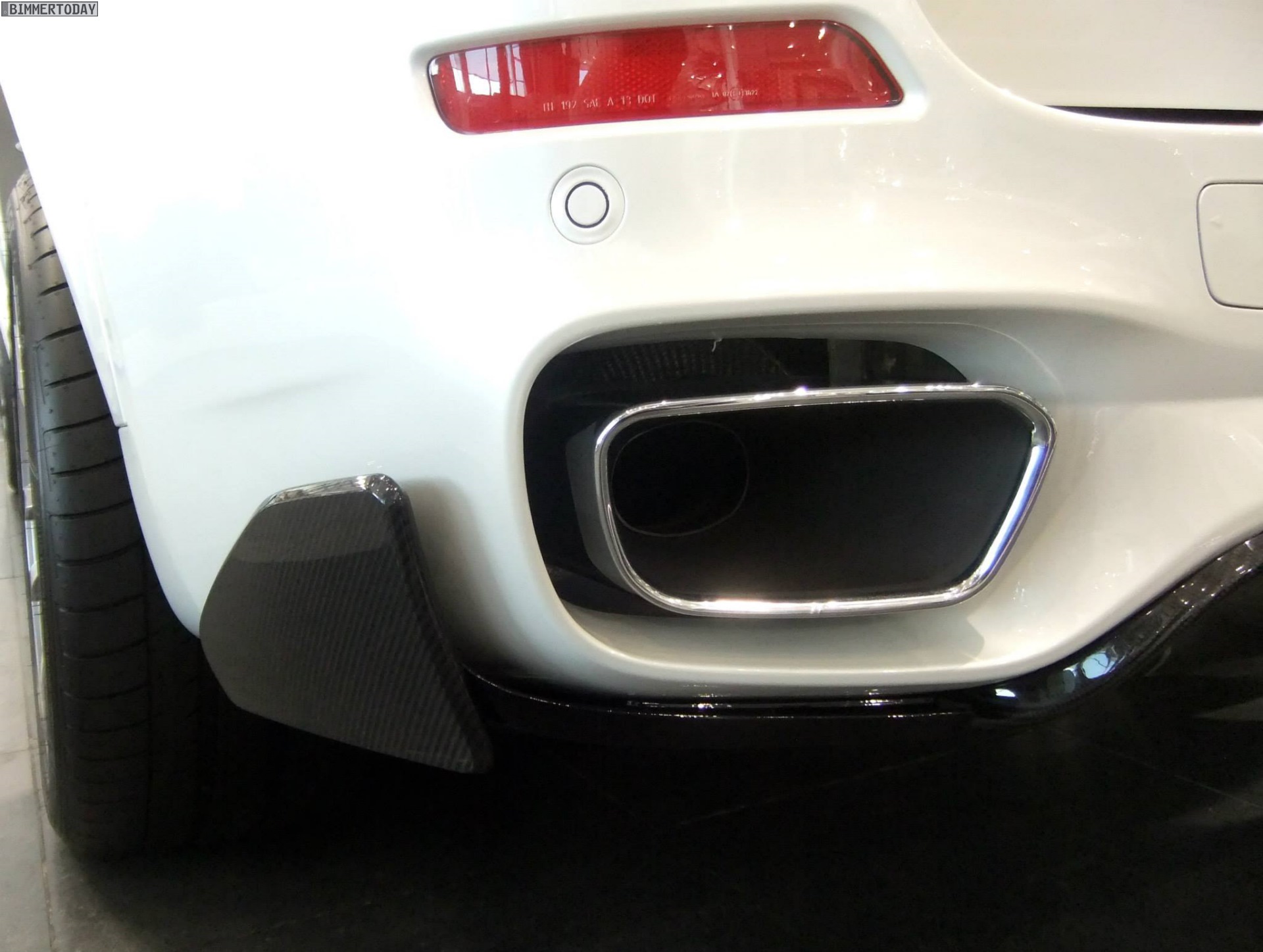 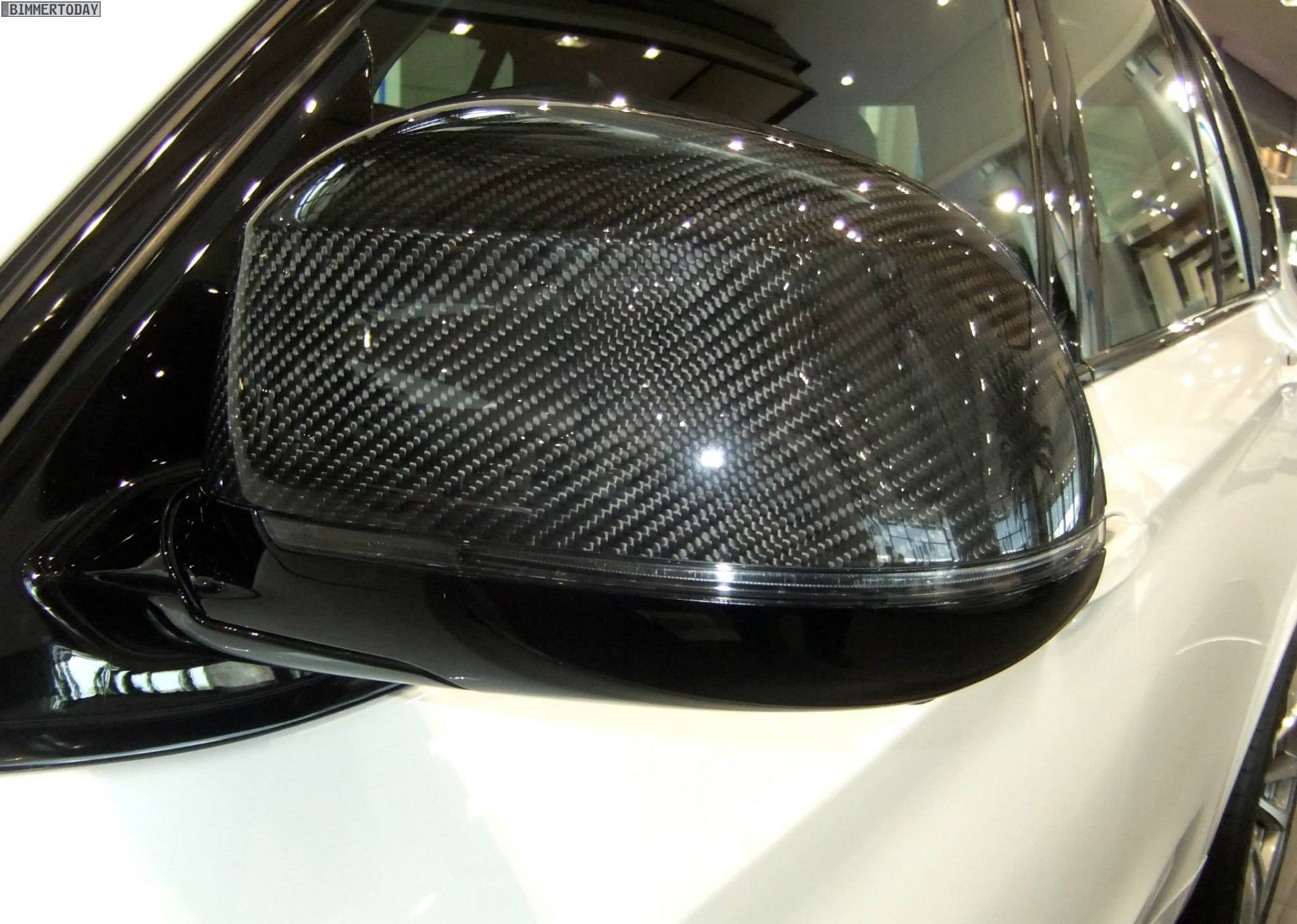 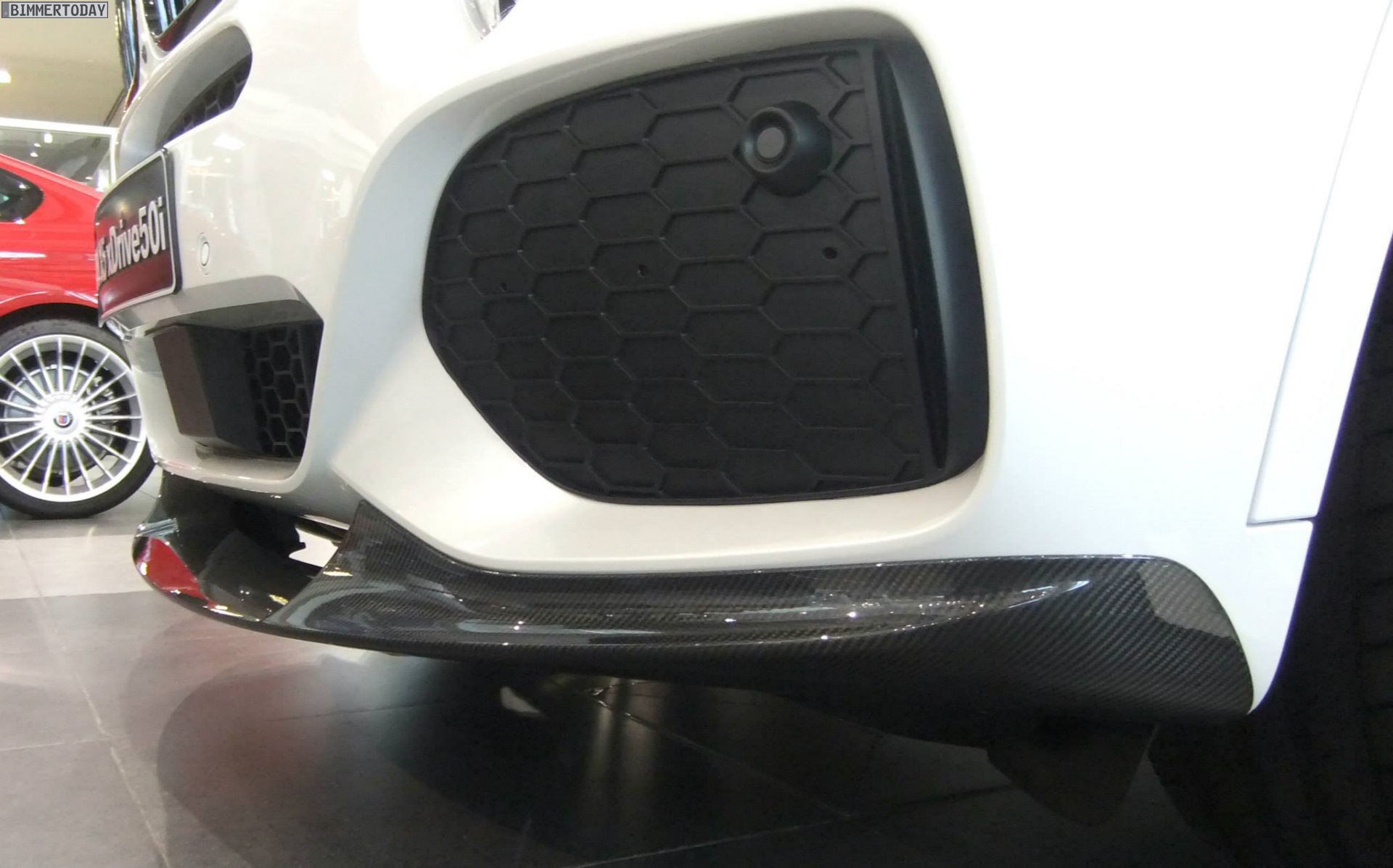 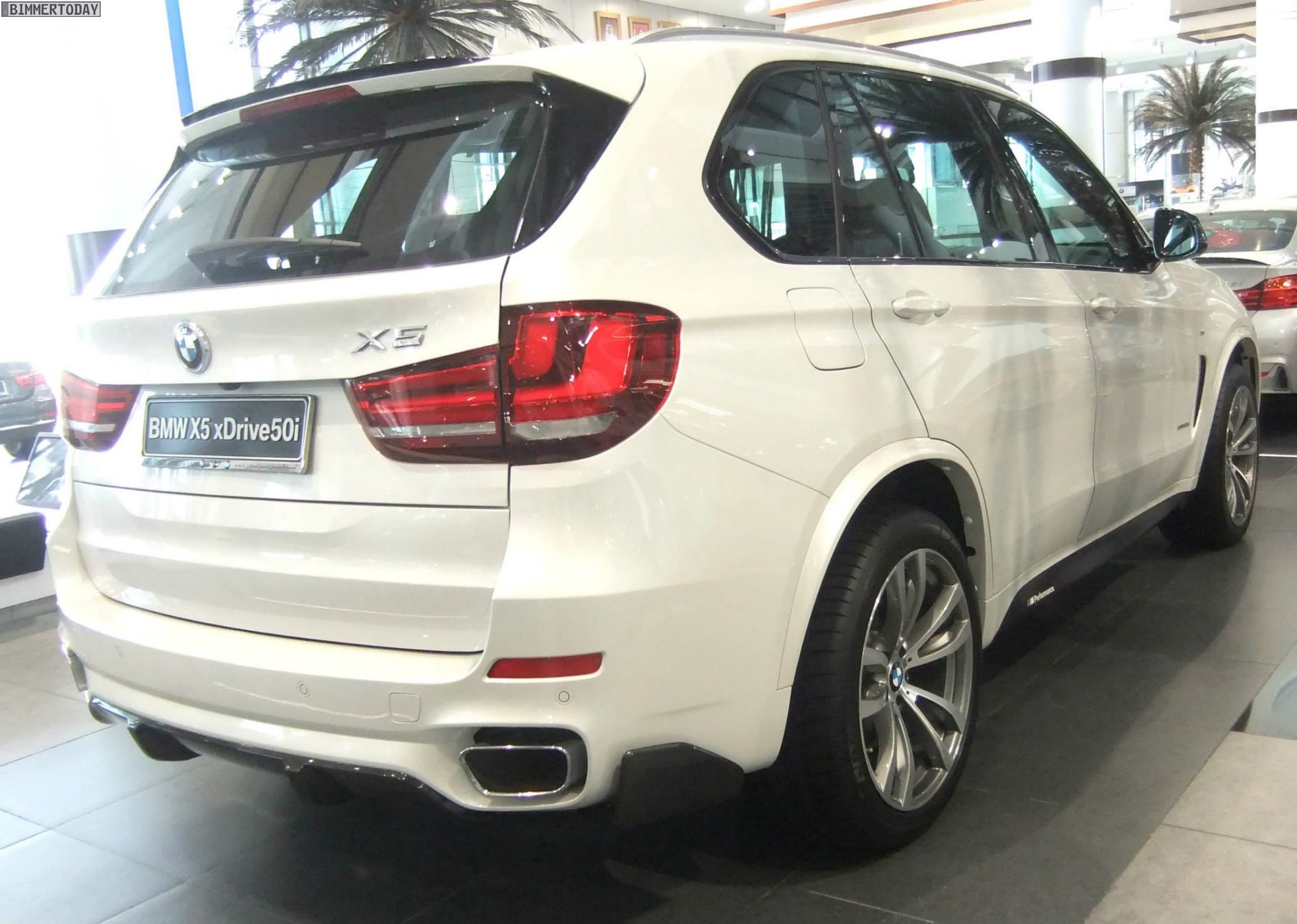