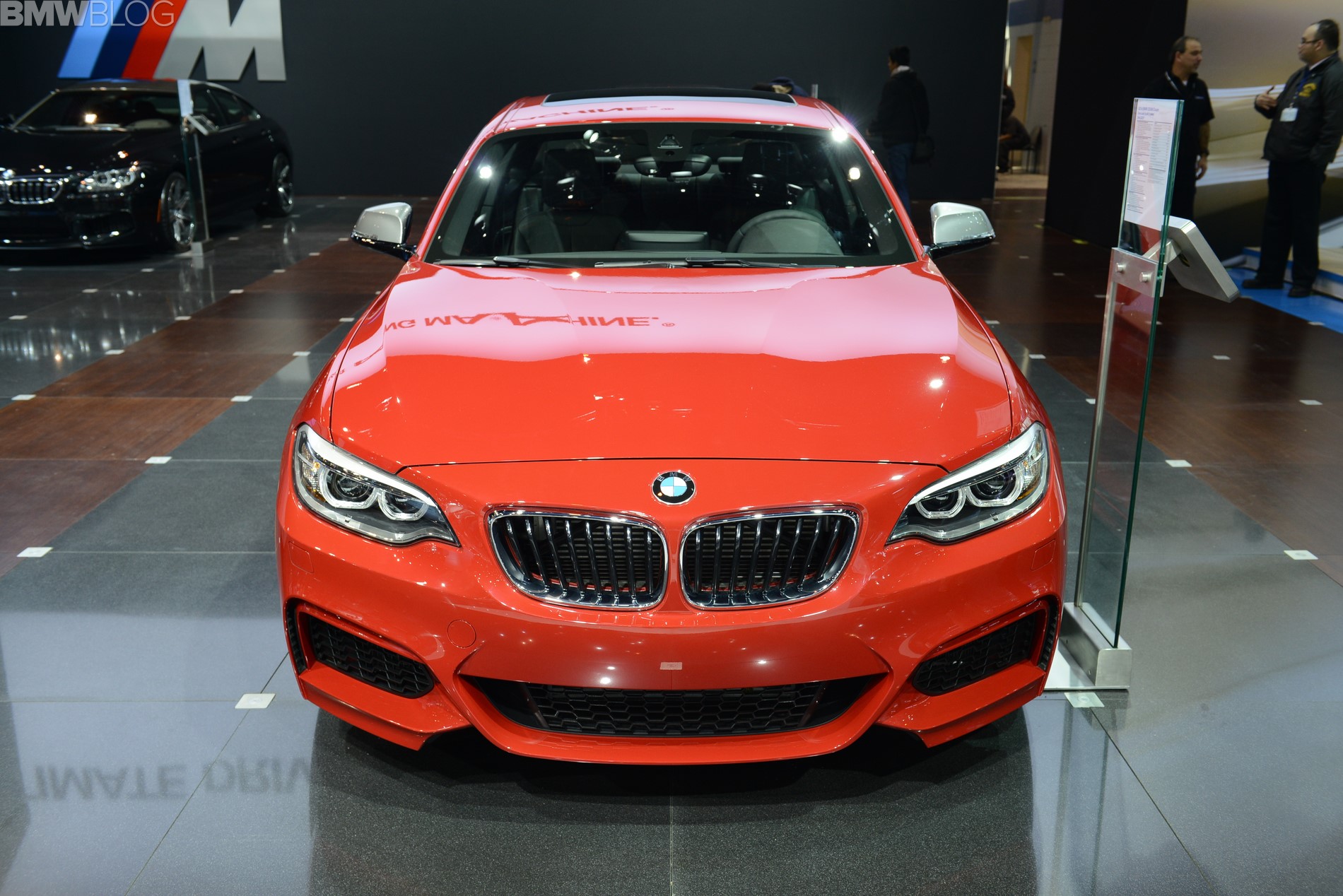 The E36 chassis M3 was touted as one of the best handling cars of the 90s in independent tests by Car & Driver. Known for its benign handling and balance, the car is popular amongst circuit racers and track enthusiasts. The E36 was also one of the first cars BMW designed mainly with computer aid with the use of detailed Finite Element Analysis and other software.

Earlier this year, BMW debuted the M235i, the latest addition to the M Performance Automobiles family and car it’s supposed to fill the gap between the 2 Series Coupe and the M4 Coupe, until the M2 comes to market.

Here is an excerpt from their review along with the video footage from Spain:

Initially available as a coupé only, BMW introduced M3 convertible/cabriolet and saloon versions in 1994, the absence of any M5 models in the BMW line-up between the end of E34 M5 production in 1995 and the launch of the E39 M5 in 1998 prompting the introduction of the four-door Motorsport model.

The M235i’s interior gets a few subtle upgrades over the standard 2 Series, the most notable of which is the excellent M steering wheel. You get a set of really comfortable and supportive sports seats, too, as well as a clear and easy to use 6.5-inch colour screen, controlled through the iDrive scroll wheel.

It has a relatively sensible side to it, as well, with BMW claiming that the auto version will do almost 40mpg, and our manual car manages around 35mpg. There’s even a boot that’s 40 litres larger than that in the 1 Series.

The M135i was one of the finest handling cars of 2013, so we were expecting the 235i to follow suit. Well, it’s got exactly the same wheelbase so it feels really similar. What that means is a car that’s really tied down to the road, loads of traction, loads of grip and great steering. In Sport mode there’s a really nice amount of resistance through the wheel, and about as much feedback as you’d want without having to wrestle with the steering too much.

Because it’s not a proper M car, the engineers wanted something a bit more approachable. So it’s surprisingly forgiving in the corners. You can be pretty aggressive with your inputs and it’s not going to spit you in to a ditch. Do you miss that limited-slip differential? On the road, no I don’t think you ever would. You might want it for track driving but as a road car the 235i is one of the most engaging and nicely balanced cars out there — even without that diff.