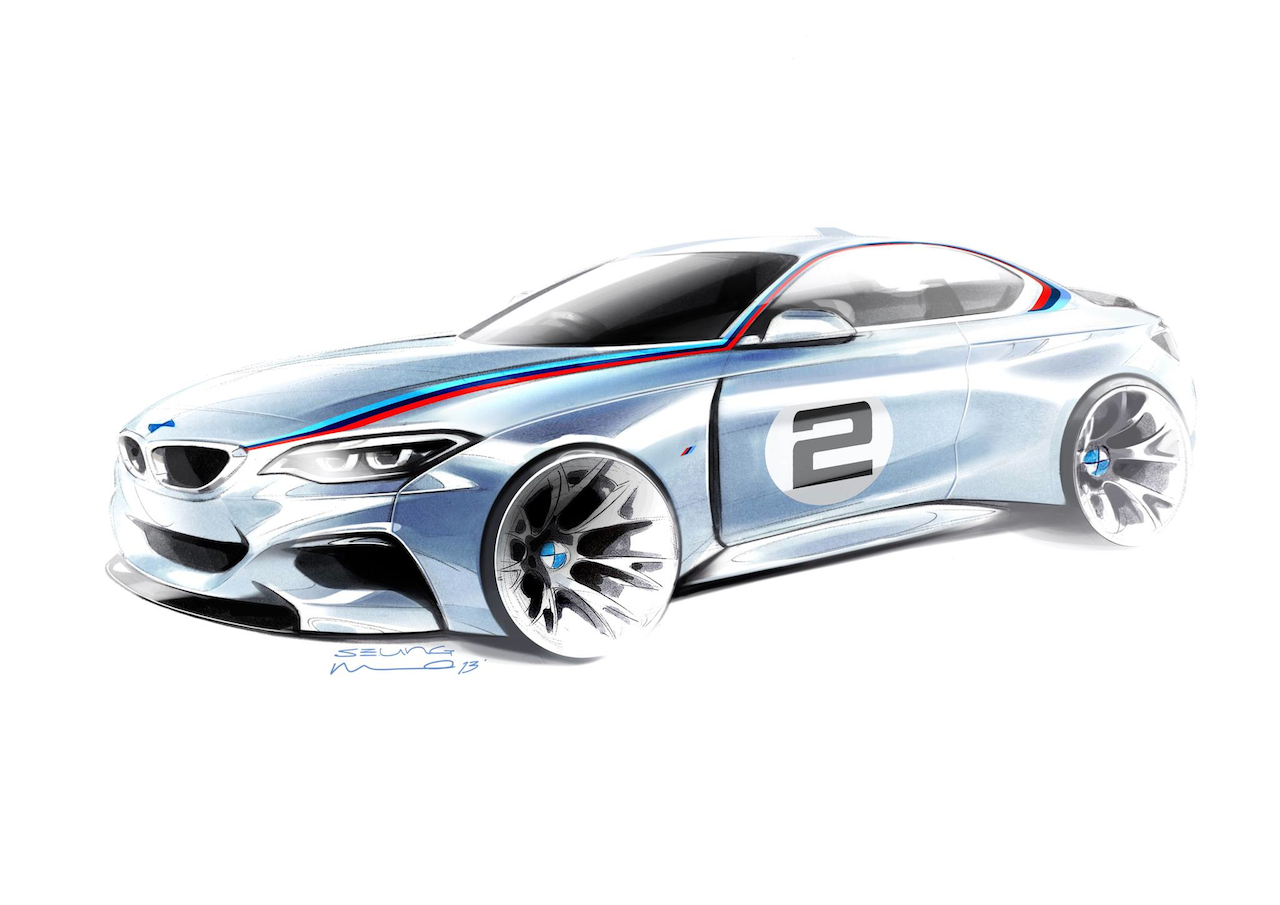 Here is the official sketch of next year’s BMW M235i Racing Car. In 2014, privateer BMW teams and drivers will have the opportunity to line up at events with the new BMW M235i Racing. With a price of 59,500.00 Euros (excl. VAT) and impressive performance figures, the production-based coupé meets all the basic requirements of a successful entry-level racing car. 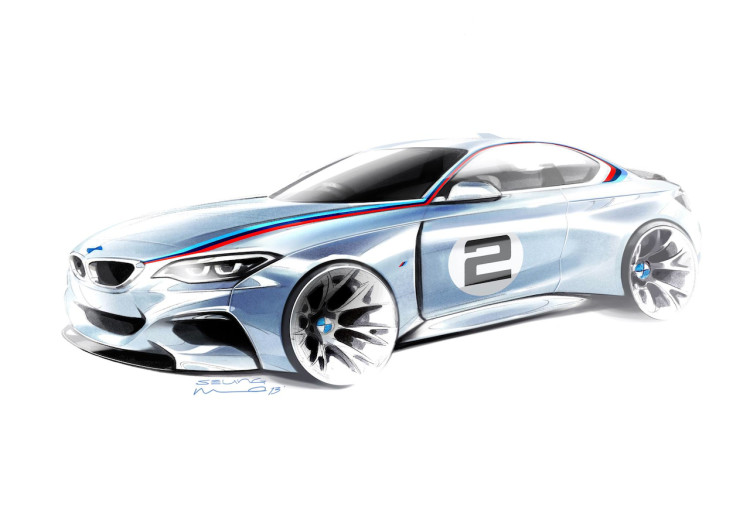 Motorsport-specific driving aids such as ABS, DSC and traction control ensure that the motorsport newcomers can also handle the BMW M235i Racing surely and safely. The car also comes with mechanical limited-slip differential, which is also available for the BMW M235i Coupé in the original BMW Parts range.

The racing car is also fitted with features such as the FIA-certified safety cell and the modern safety tank. On top of this come components from the BMW M Performance Parts range, such as the rear and front spoilers, diffuser and carbon wing mirrors.

The production version of the BMW M235i will debut in January at the 2014 Detroit Auto Show.