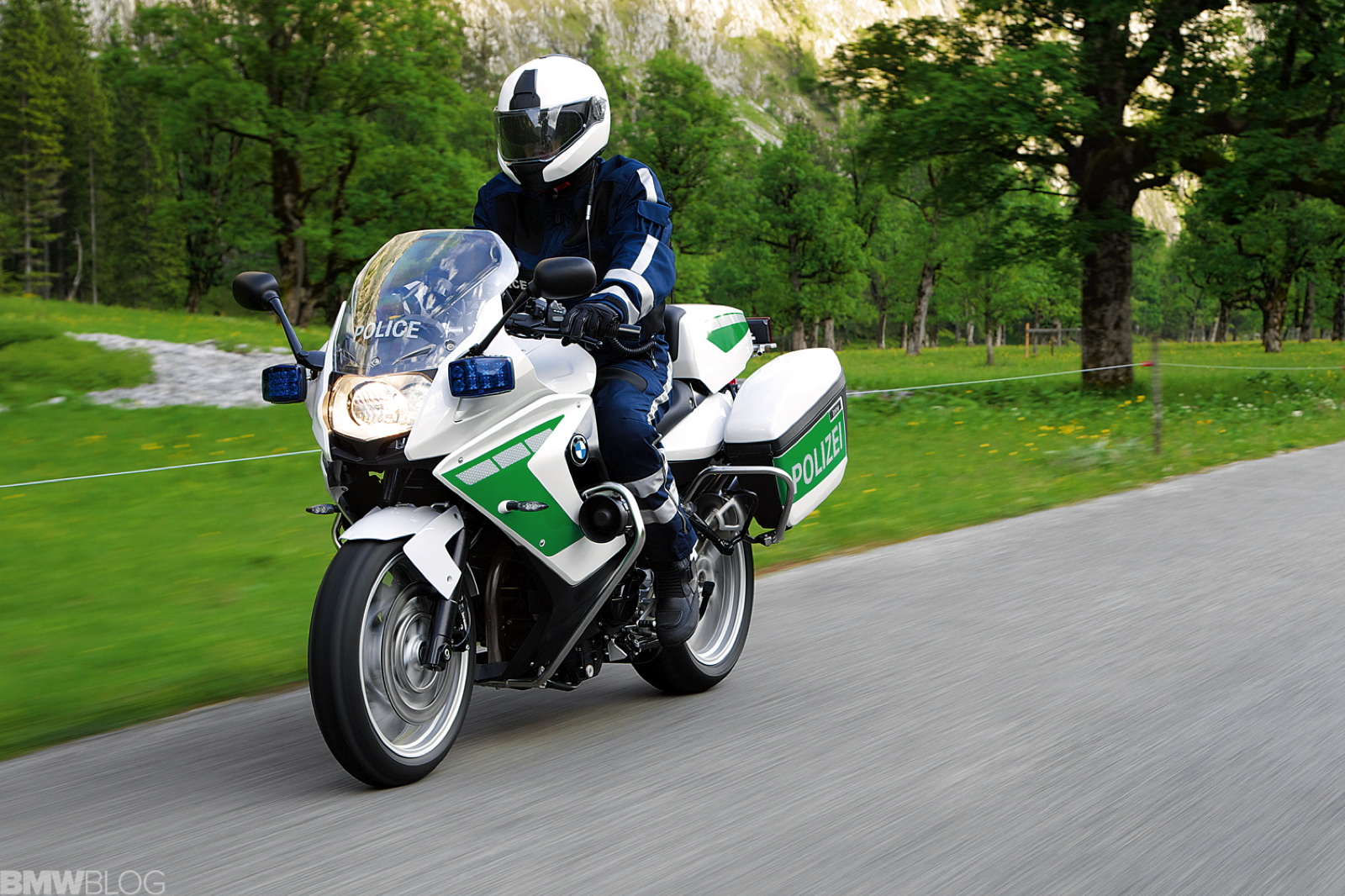 BMW Motorrad is to attend the 18th Milipol in Paris on 19-22 November 2013, where it will be displaying its range of authority vehicles and special-purpose equipment for authority riders.

BMW Motorrad has been involved in authority vehicles for more than 85 years. Since 1970, more than 130,000 BMW authority motorcycles have been sold to a variety of institutions in more than 150 countries. A number that clearly underlines the reliability and versatility of BMW Motorrad motorcycles.

In addition to the BMW R 1200 RT flat-twin boxer, BMW Motorrad will also be presenting its F 800 GT and F 700 GS with parallel-twin engine. It will also be displaying two models developed in cooperation with BMW Motorrad Netherlands, in the form of the K 1600 GT and the C 600 Sport scooter. 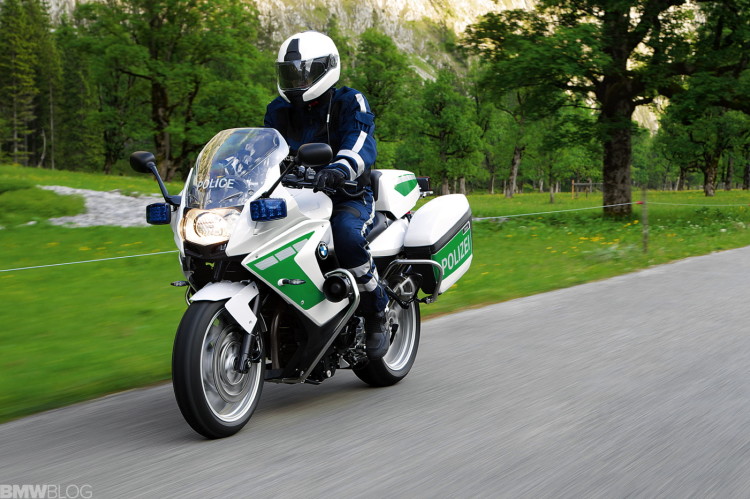 The Milipol 2013 will also see the world premiere of the C 600 Sport in authority design; this is a police vehicle designed for use both in inner city and urban environments and has a special colour scheme with beacon lights at the front and rotating strobe beacons at the rear, as well a siren and additional switch. The sturdy crash bar at the front is designed to withstand the kind of rough riding conditions this type of motorcycle is often subjected to.

BMW Motorrad is taking advantage of the Milipol 2013 to present the visionary BMW C evolution in authority design, and to give an impression of what an electrically powered scooter could look like in its role as a competent and future-oriented partner for those involved in police, rescue or escort activities. BMW Motorrad is currently working on determining the extent to which electric vehicles are suitable for use in authority applications and how such uses can be evaluated. 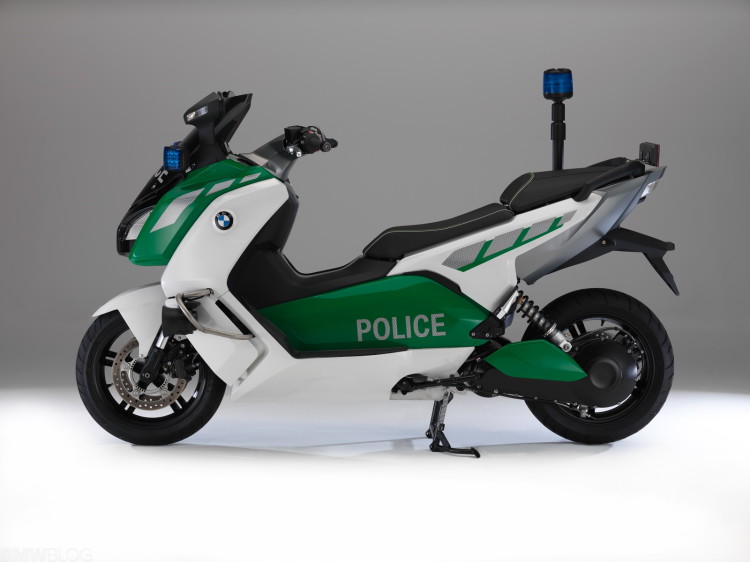 Based on the new C evolution, which was presented only a few months ago at the IAA Frankfurt Motor Show, this dynamic and environmentally friendly visionary vehicle is designed to meet the special requirements of authority riders and includes several flexible possibilities combined with a high level of deployment efficiency, particularly in inner city and urban conditions.

The C evolution combines high vehicle dynamics with all the benefits of a zero-emission vehicle. Its nominal output is 11 kW (15 hp), while its peak power output reaches 35 kW (47.5 hp). This gives the C evolution a top speed of 120 km/h (electronically limited) and enables rates of acceleration that are at times enough to exceed those of maxi scooters with combustion engines of a size of 600 cc or more.

The generously proportioned battery capacity of 8 kWh permits a travel range of 100 kilometres before it is necessary to charge the vehicle, which can be done from any domestic power supply. The charge time for a fully exhausted battery when connected to a standard 220 V mains socket with a charge current of 12 A is approximately 4 hours (3 hours at 220V and a current of 16 A). In keeping with BMW Motorrad’s “Safety 360°” principle, the C evolution comes with ABS as standard, in common with all BMW motorcycles and scooters. 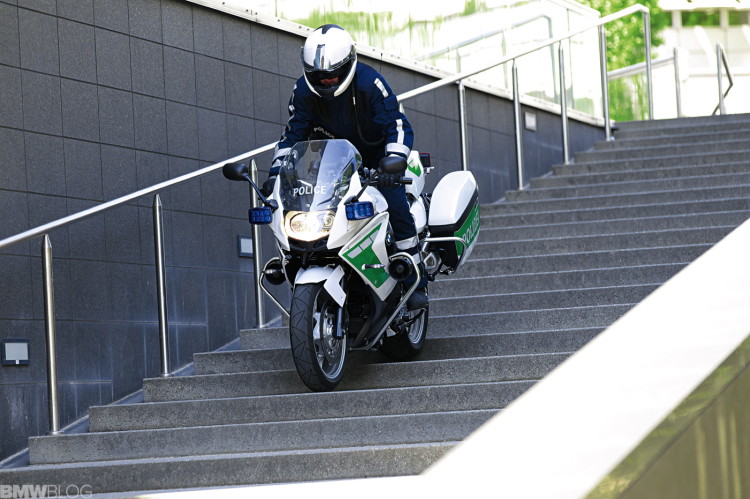 Furthermore, all BMW Motorrad authority vehicles benefit ex works from a range of optional extras and special equipment designed specifically to satisfy the specialist needs of authorities and institutions. Whether for police, customs, technical relief organisations, the fire service, the military, official escorts or for escorting heavy-goods vehicles – BMW Motorrad’s decades of experience and development in this field mean that it is always able to supply vehicles as a customised solution. Accordingly, BMW Motorrad vehicles in authority design can be configured for a wide range of deployment purposes.

The implementation of these options is fully integrated into the series production processes at the Berlin plant. This ensures maximum process reliability and maintains quality standards at a constantly high level. This is quite unlike the techniques practiced elsewhere, in which authority-specific attachments or conversions – and even custom designs – are incorporated in previously produced vehicles. Authority vehicles from BMW Motorrad are designed as standard to fulfil the stringent EMC requirements that such vehicles are required to satisfy.

As a traditional system supplier of authority vehicles, BMW Motorrad will also be presenting its Airflow and Polizei 5 suits at the Milipol 2013, as well as its Airflow and Allround gloves and boots plus the System 6 EVO helmet. 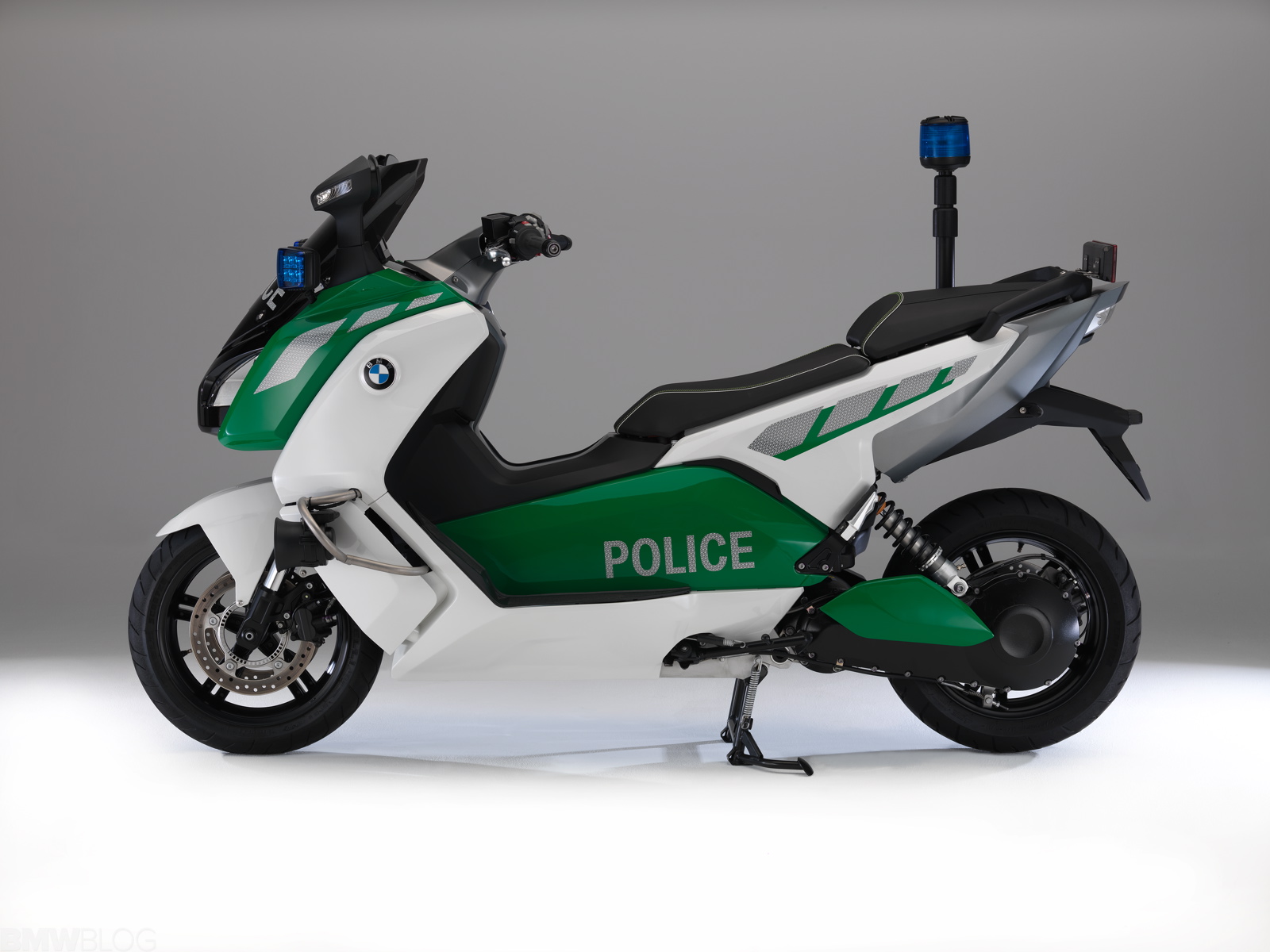 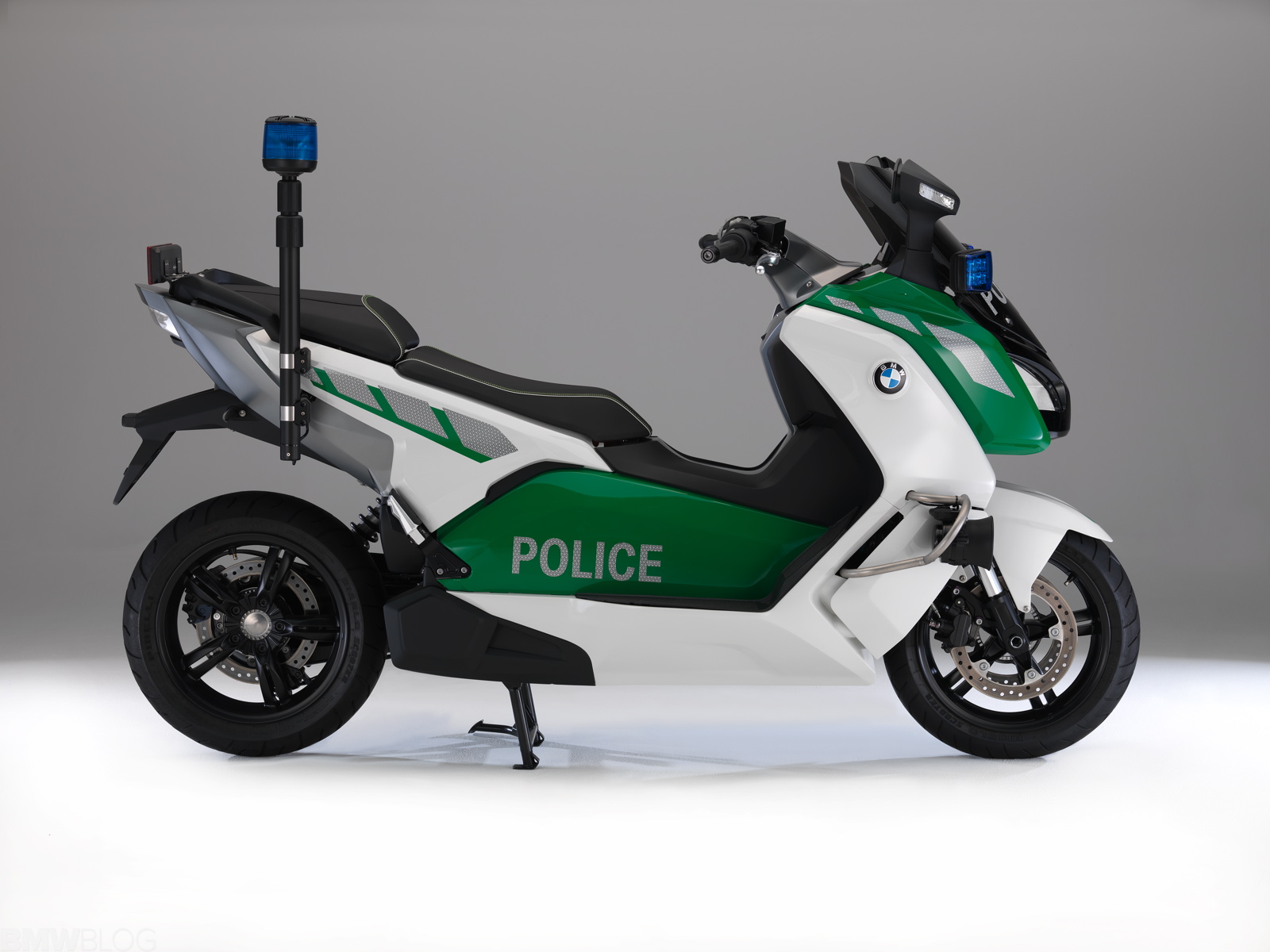 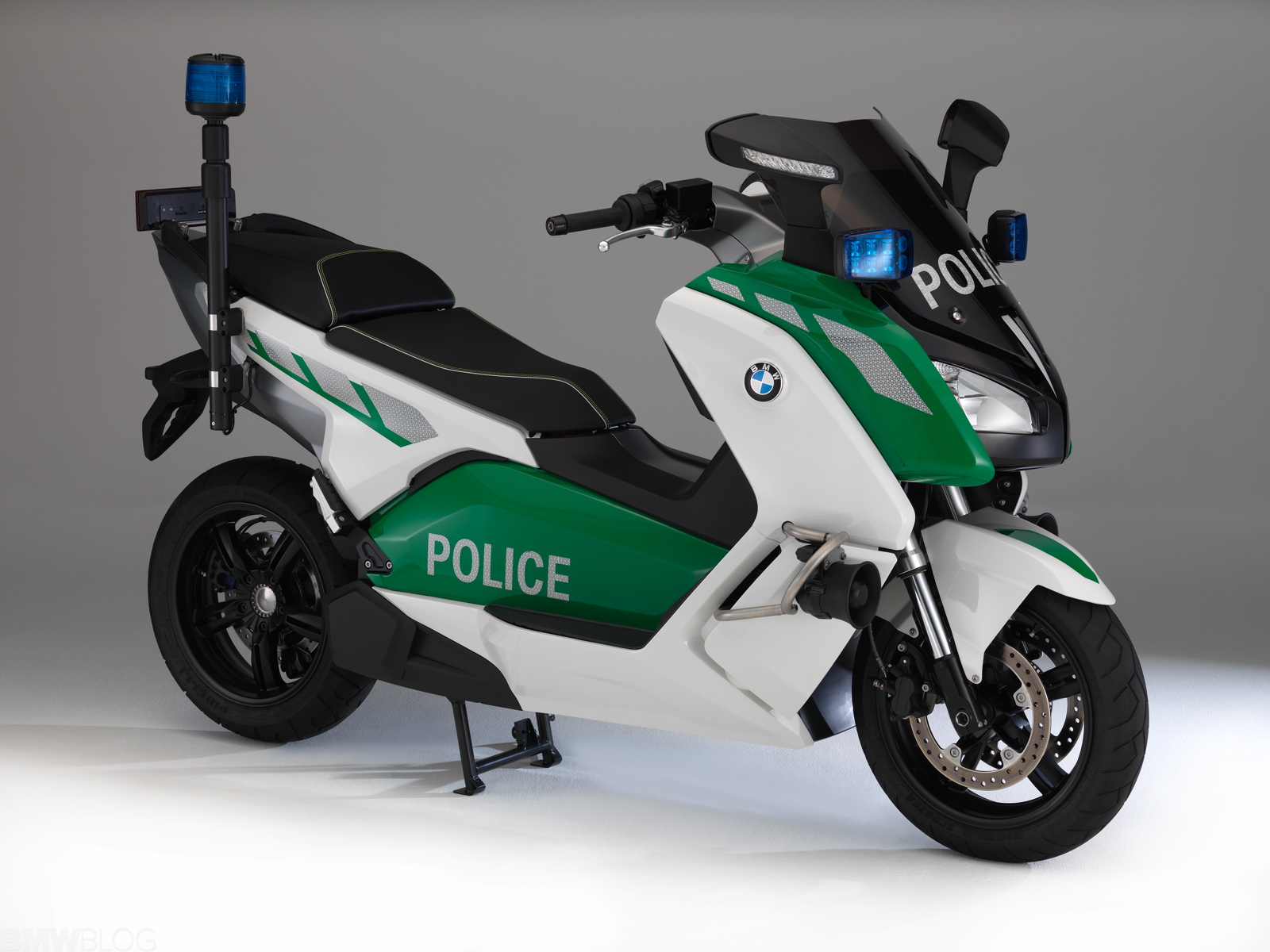 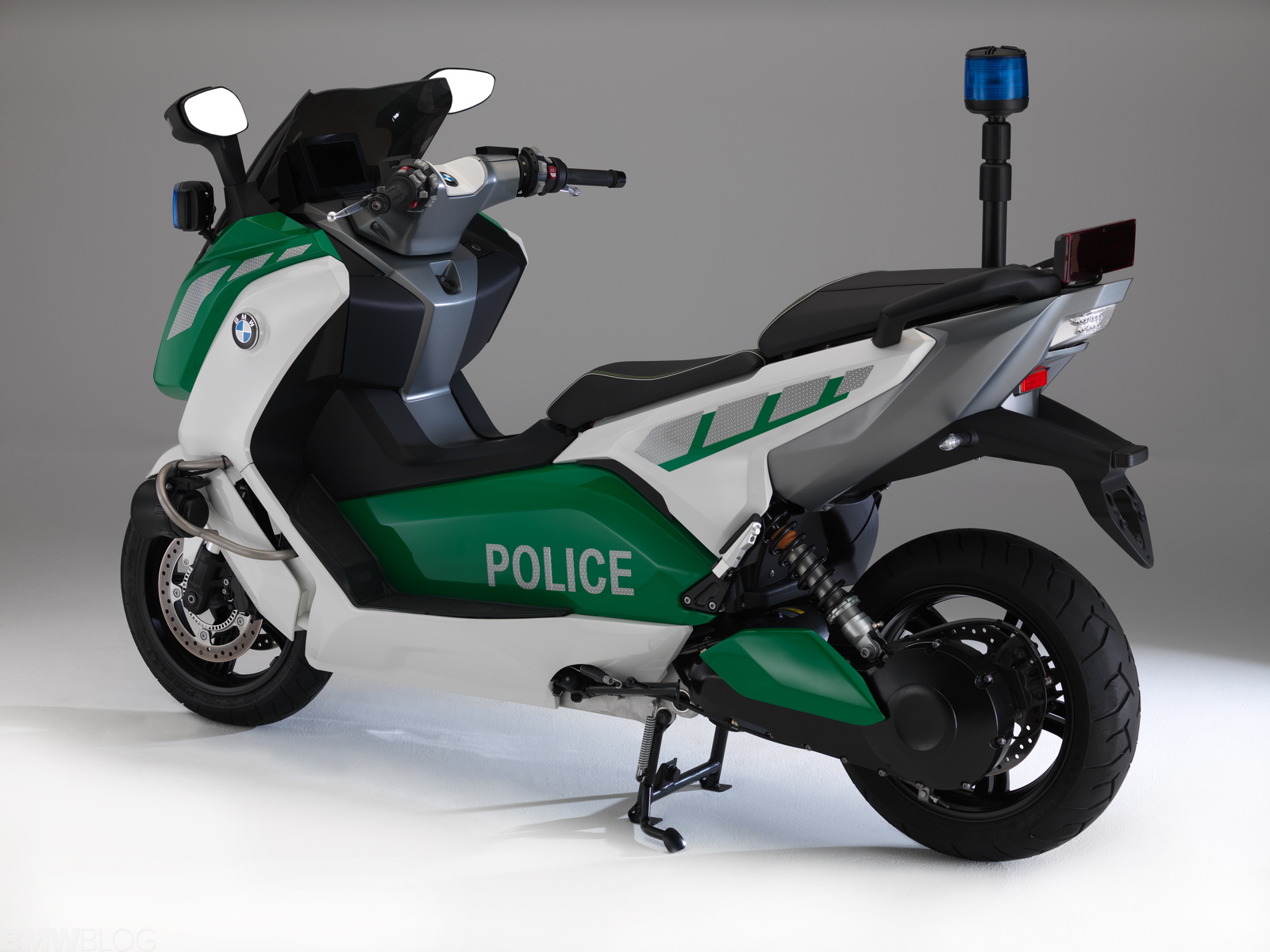 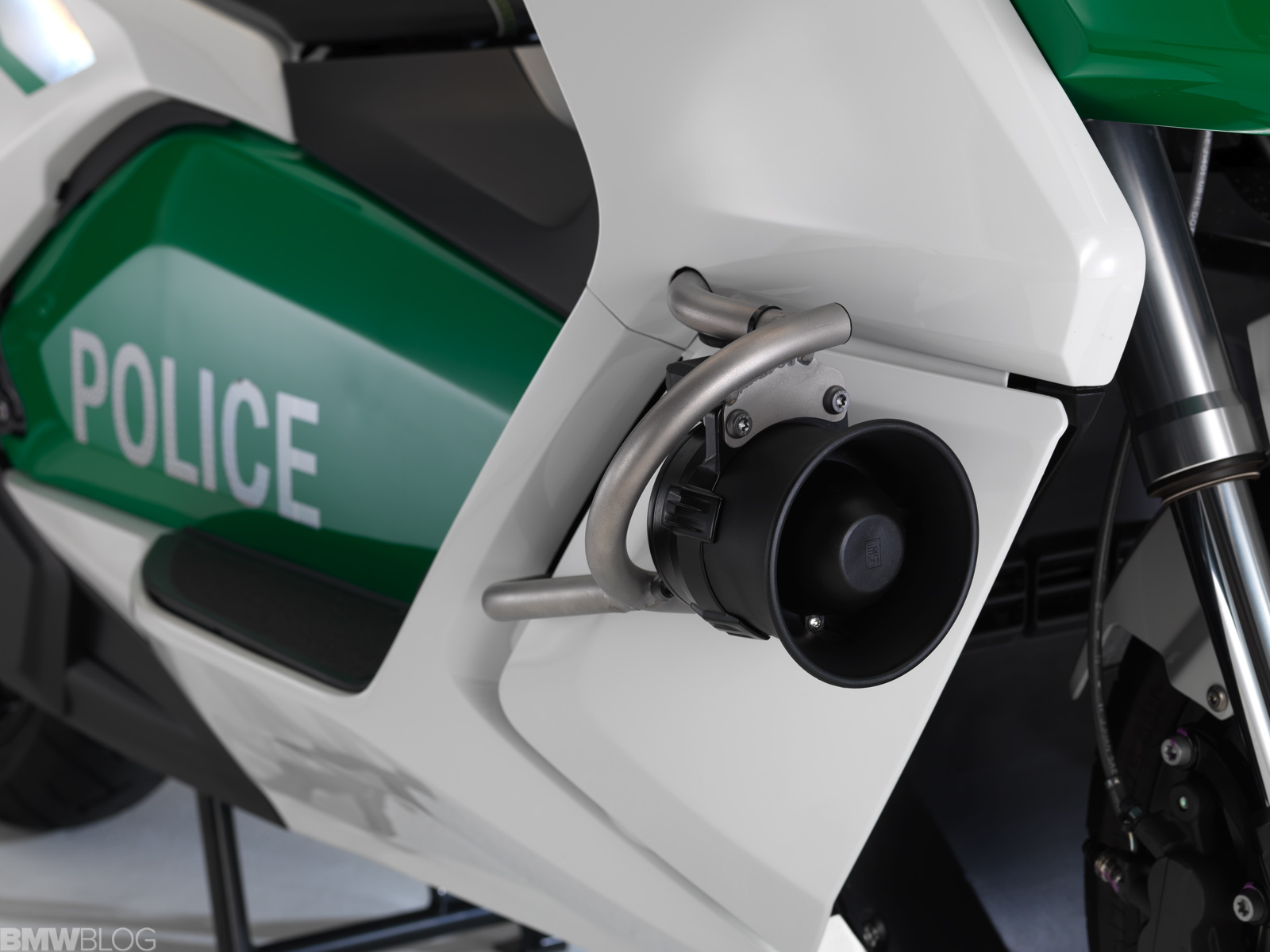 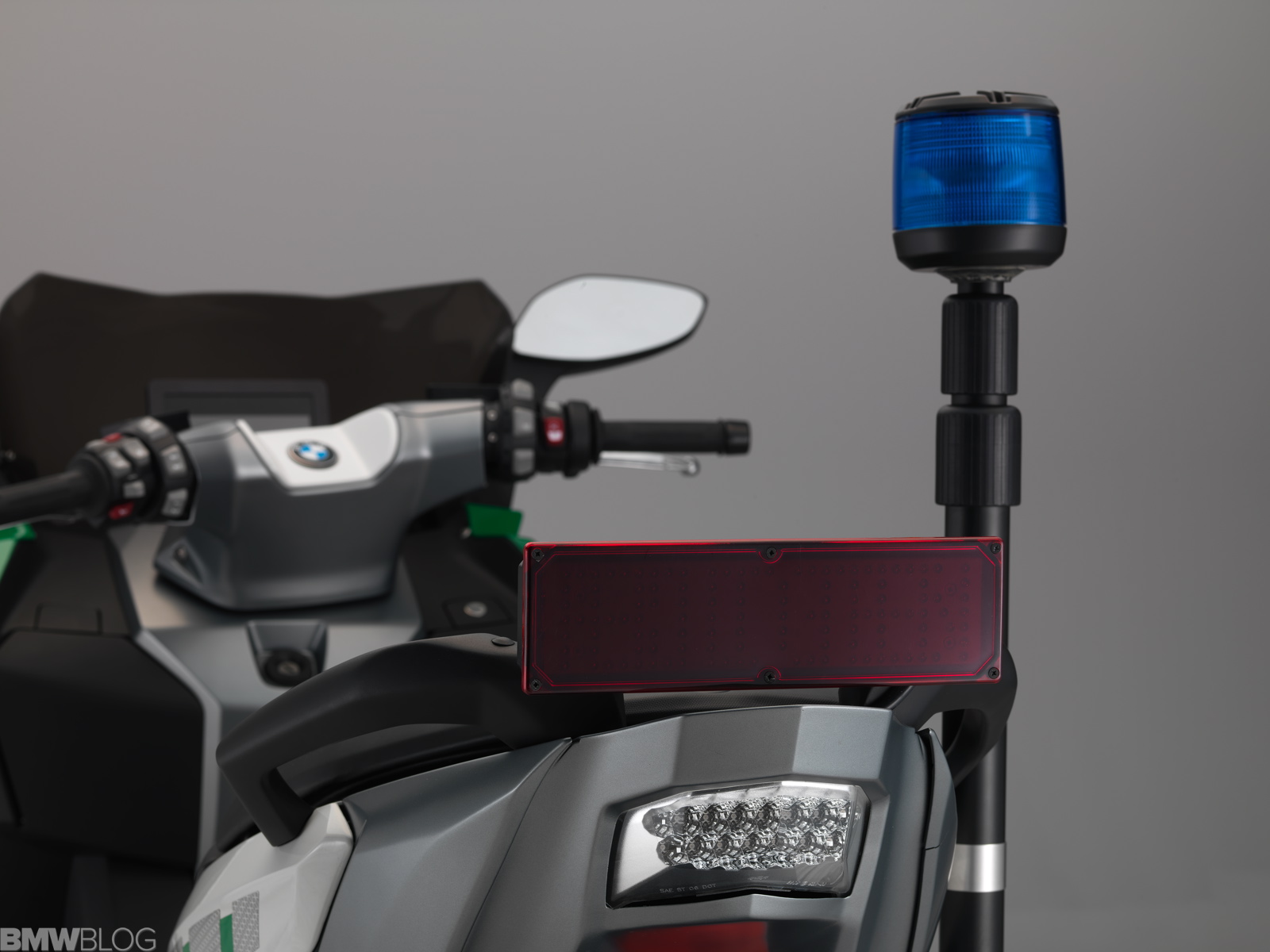 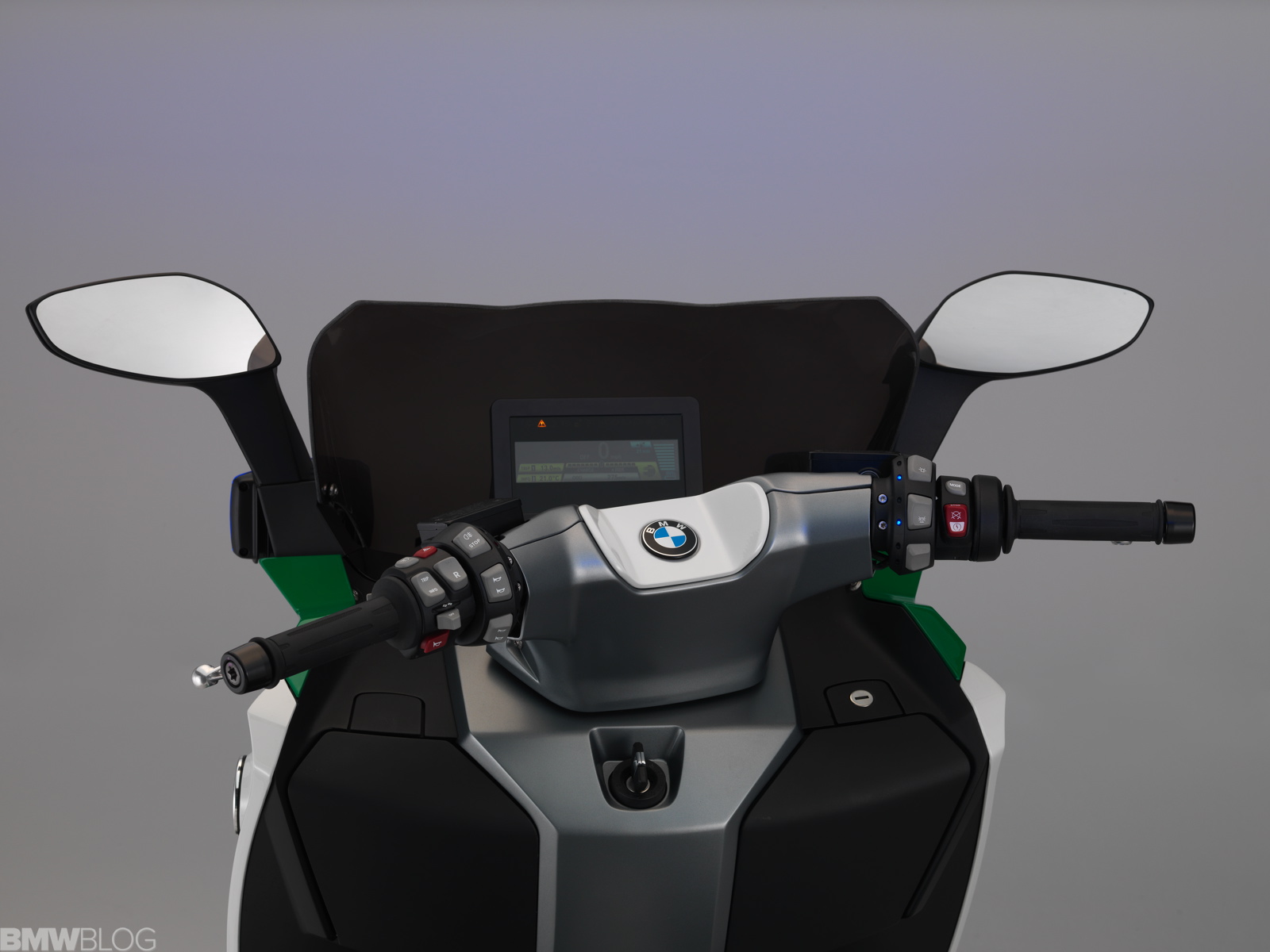 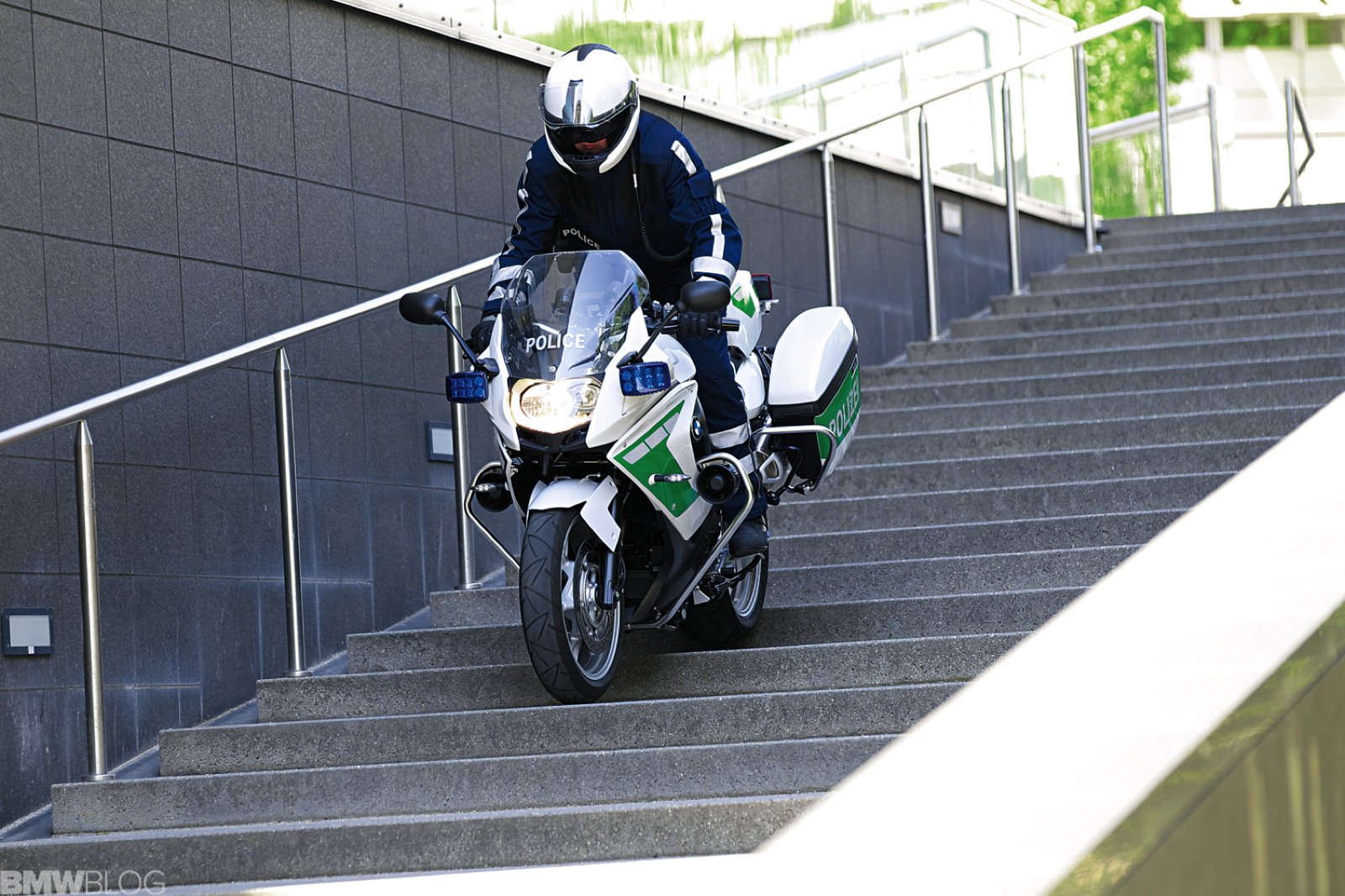 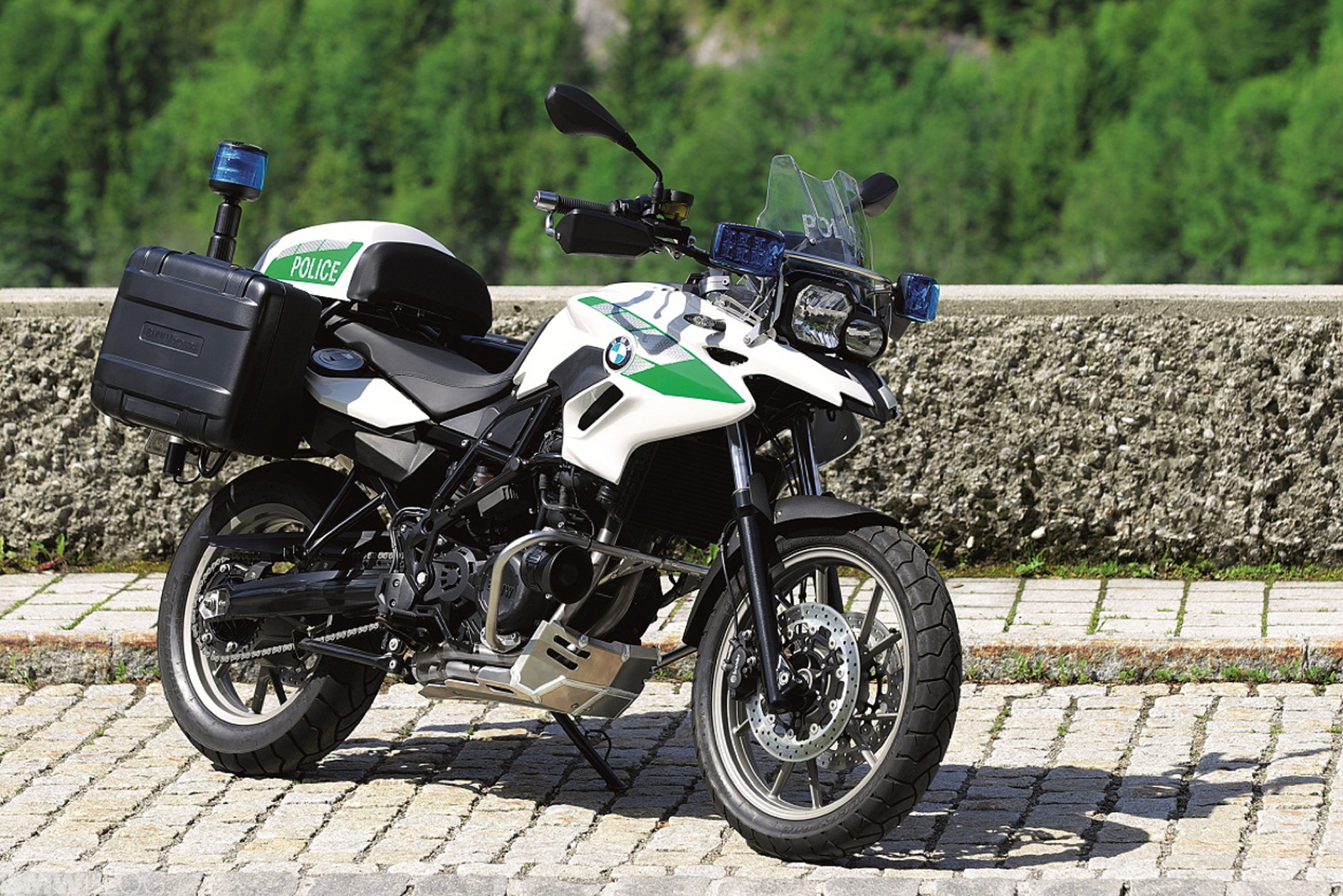