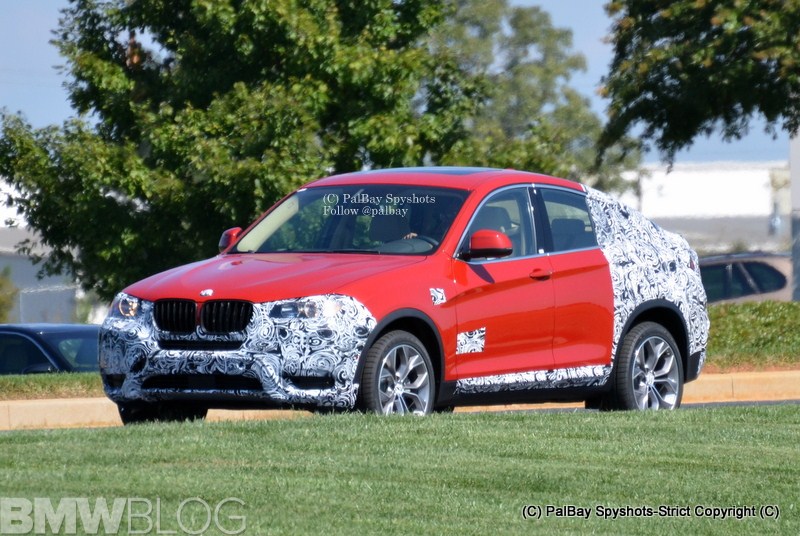 The new 2014 BMW X4 was spotted near the BMW plant in Spartanburg. The test mule sports very little camouflage and seems to come in the upcoming launch color: Melbourne Red. Another prototype was recently spotted in Dallas during the shoot of the official commercial.

The spy photos were taken by the usual photographer Palbay and give us a closer look at the final design. The X4 gets a front-grille with a 3D kidney look as seen on newer BMW as well as the “squared” circular headlights. The high gloss frame of the grille is open to the sides and at its lower extreme, lending it an almost “floating” appearance in the center of the nose. The grille features prominently sculptured bars with ultra-stylish detailing. 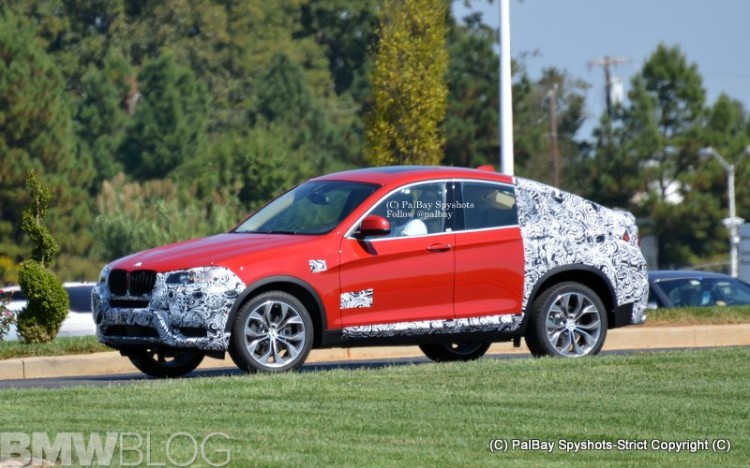 2014 BMW X4 will come with a wide range of both petrol and diesel engines, so expect anything from a four-cylinder turbo to the higher offering, 3.0 liter six-cylinder TwinPower turbo and 300 horsepower.

BMW will most likely debut the production version of the X4 at the 2014 Detroit Auto Show. 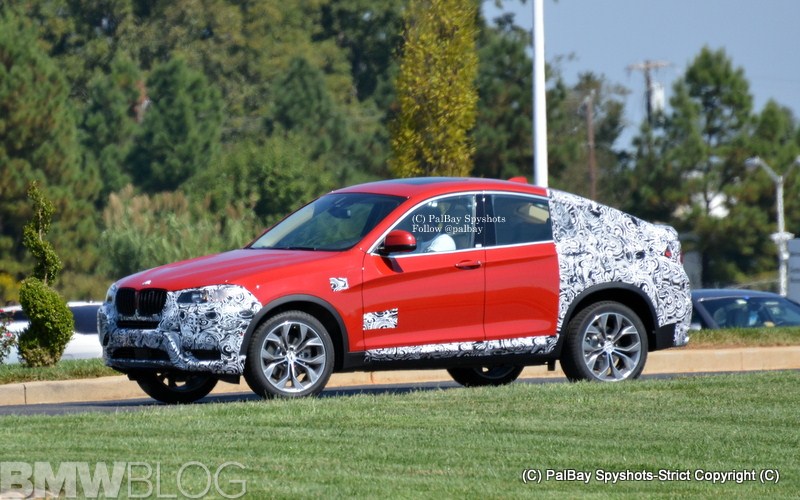 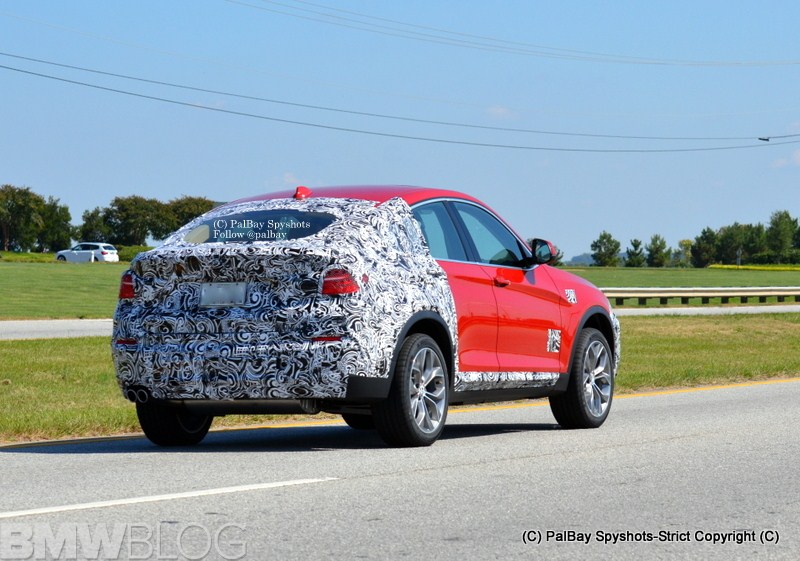 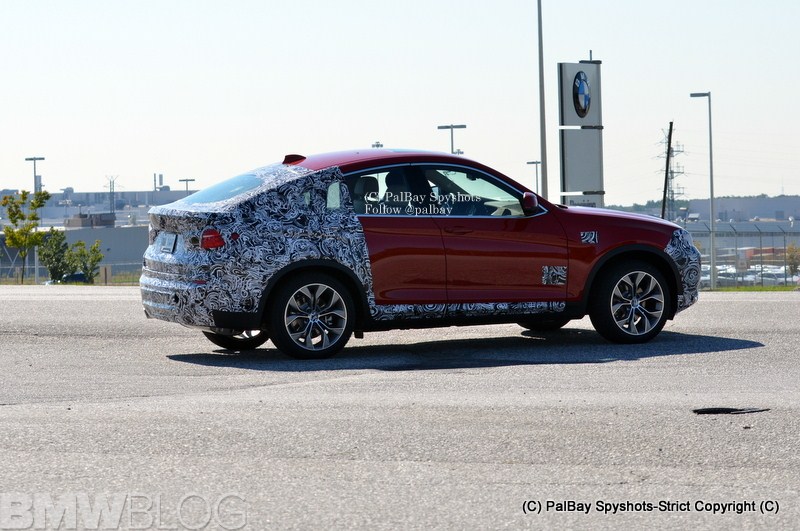 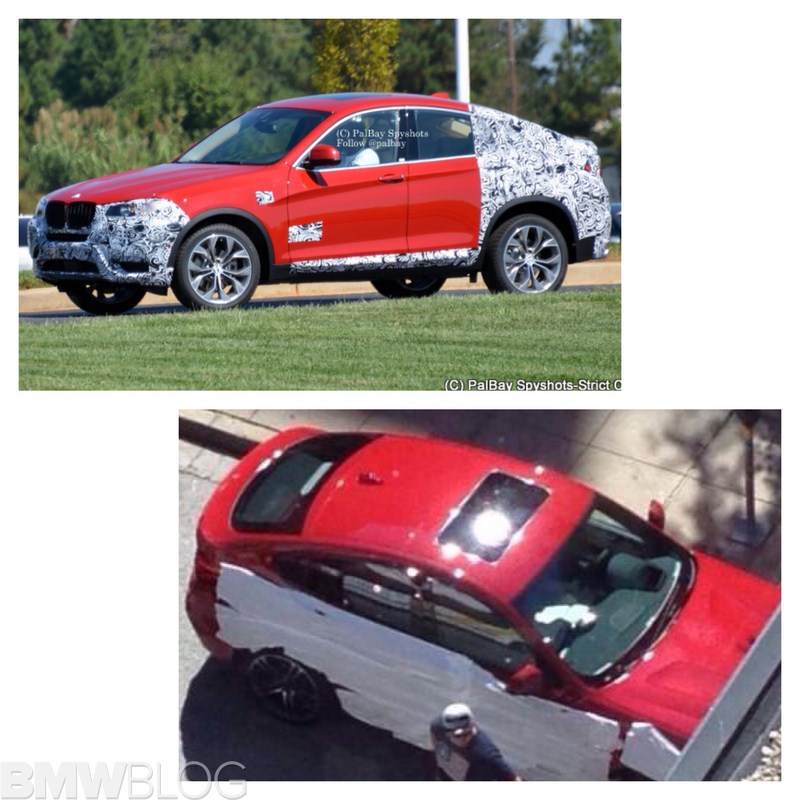