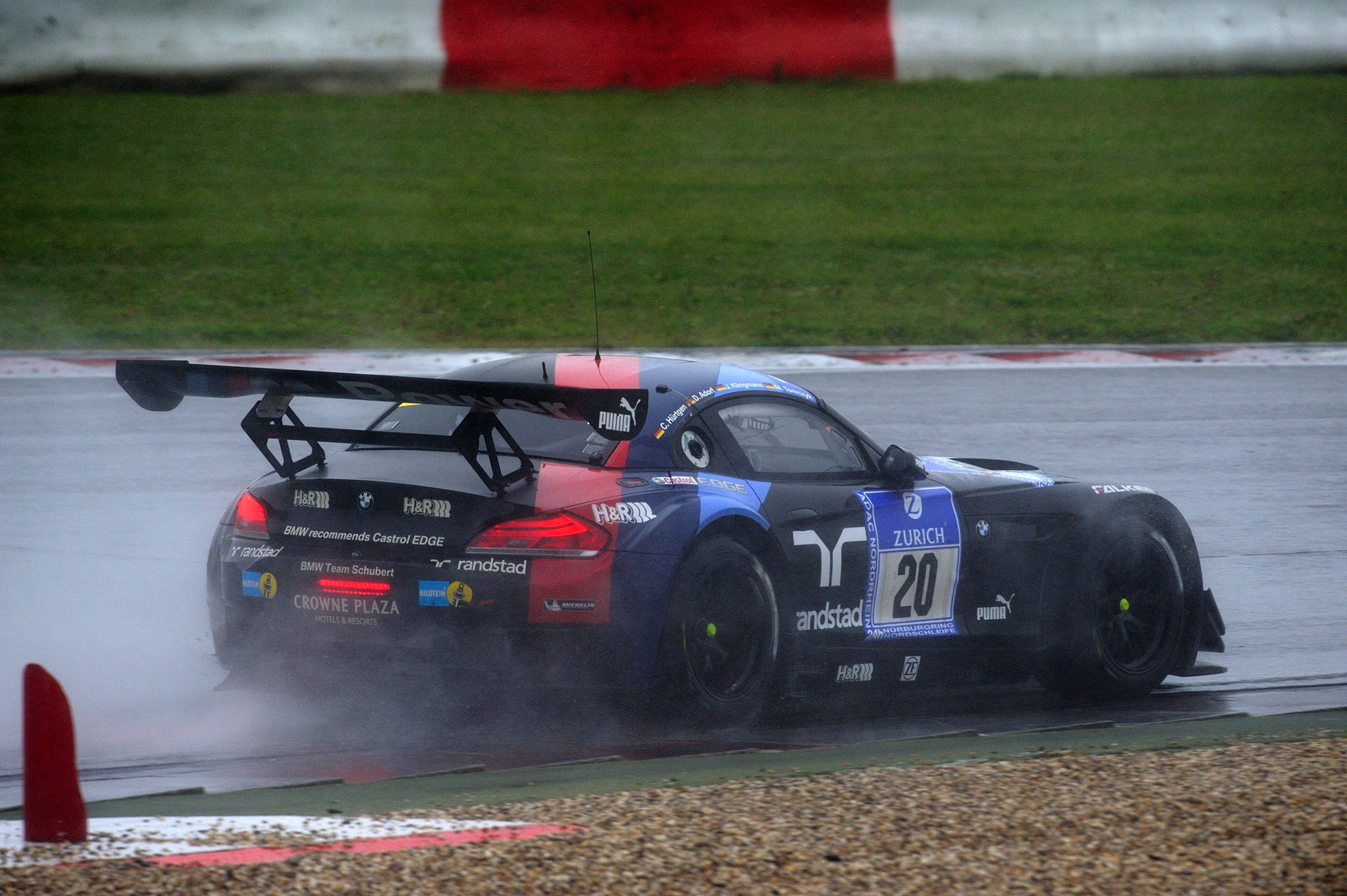 With 17 hours of the Nürburgring 24 Hours (DE) behind them, the number 25 BMW Z4 GT3 – with Maxime Martin (BE), Yelmer Buurman (NL), Andrea Piccini (IT) and Richard Göransson (SE) at the wheel – is currently second. The race had previously been suspended for more than nine hours due to heavy rain and poor visibility caused by thick fog. The red flag was waved for the first time at about 23:00 the previous night, and the field at the 41st staging of the classic 24-hour race was left waiting until just after 08:00 this morning before it could finally continue.

Martin was first into the fray for BMW Sports Trophy Team Marc VDS, starting from fifth and soon cutting through the field to lead in the rain. On lap 44 he pulled into the pits with a lead of about 20 seconds to hand over to Buurman. Bas Leinders (BE) in the number 26 car was also coping excellently with the difficult conditions, and had climbed as high as third. However, he was hit by another car and went into the crash barriers in the Bergwerk section on lap 41. His BMW Z4 GT3 was so seriously damaged that he was unable to continue. Up until that point, Leinders had shared driving duties with Henri Moser (CH), Markus Palttala (FI) and Göransson. 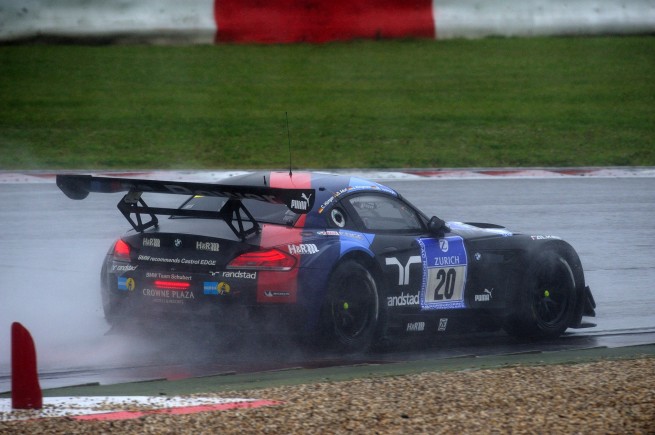 After the misfortune it suffered in the early stages of the race, BMW Team Schubert is back among the front-runners. Dirk Adorf (DE) was in the driving seat of the black BMW Z4 GT3 for the restart, and immediately set about making up ground. With aquaplaning an issue on the extremely slippery Nordschleife, Adorf had a spin. However, the experienced German was able to continue. Jens Klingmann (DE) is currently running sixth in the number 20 car. As well as Adorf and Klingmann, Claudia Hürtgen (DE) and Martin Tomczyk (DE) will also be in action over the next few hours. With under a third of the race to go, the Walkenhorst Motorsport team’s BMW Z4 GT3 is 20th.

Maxime Martin (BMW Z4 GT3, car number 25, BMW Sports Trophy Team Marc VDS):
“Conditions were ok after the restart. The car is running well and the pace is there. I did not take too many risks in the traffic, as there is still a long way to go. It was important to be leading by the time I reached the Nordschleife, as you have the best visibility when you are the front car. I soon opened up a gap, which I was then able to maintain consistently.” 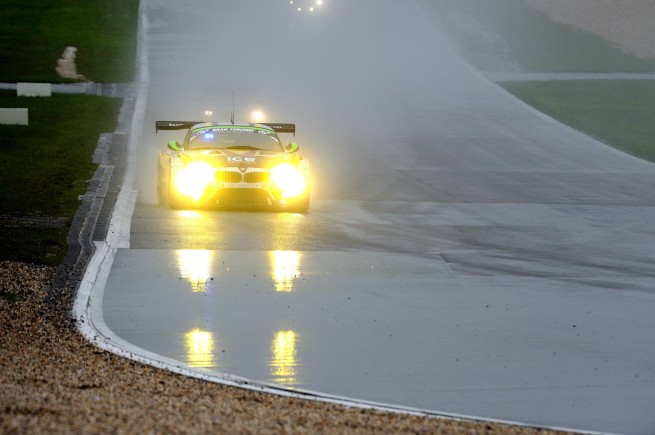 Dirk Adorf (BMW Z4 GT3, car number 20, BMW Team Schubert):
“Our car is flawless in the rain. However, visibility is really bad if you are starting outside the top ten – as I did. Despite this, and although it is far from easy in these conditions, I was able to make up some places. Towards the end of my stint, the car aquaplaned on the straight coming into Flugplatz and I had a spin. Nothing is damaged, however, so Jens Klingmann will hopefully be able to continue our push towards the front of the field.” 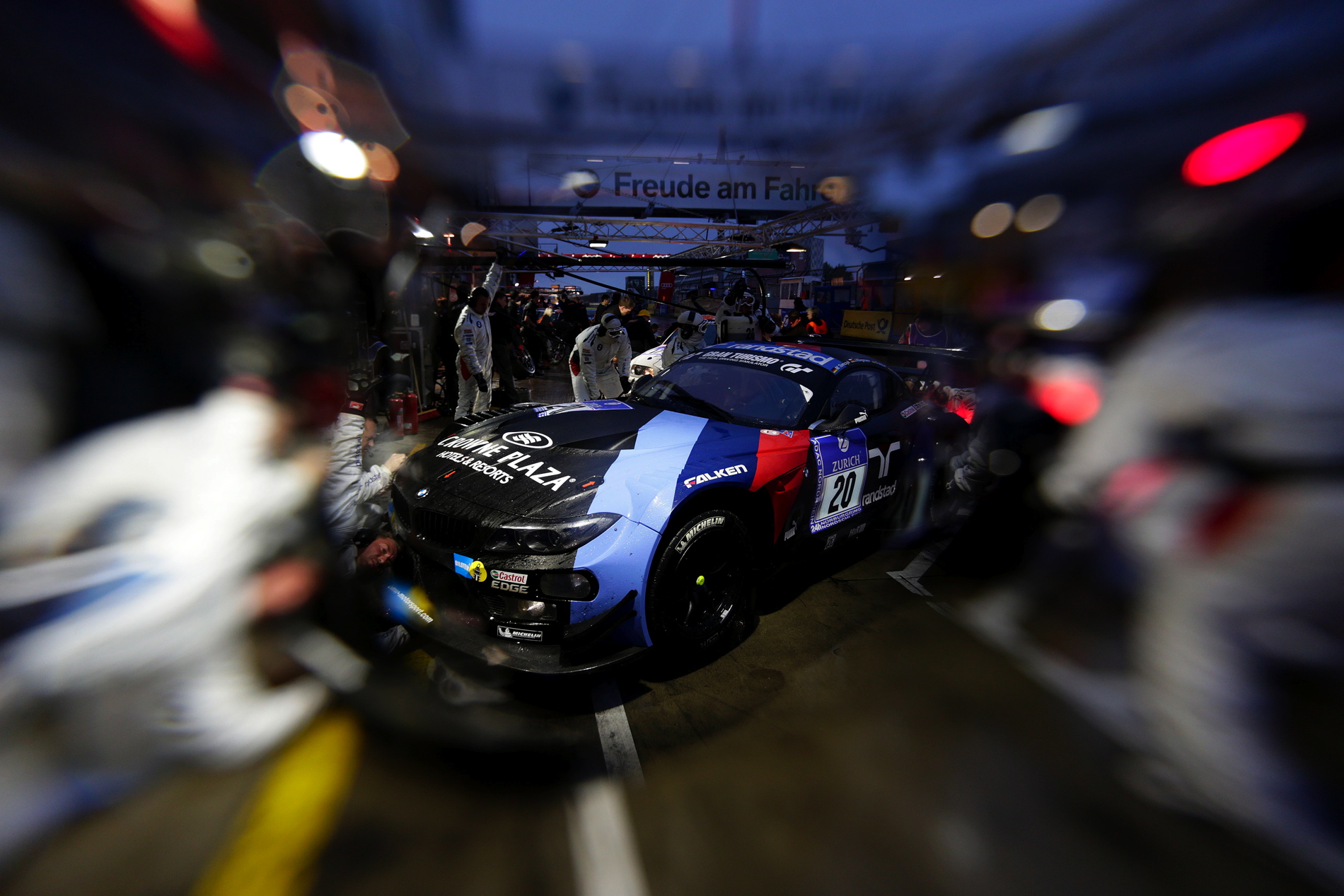 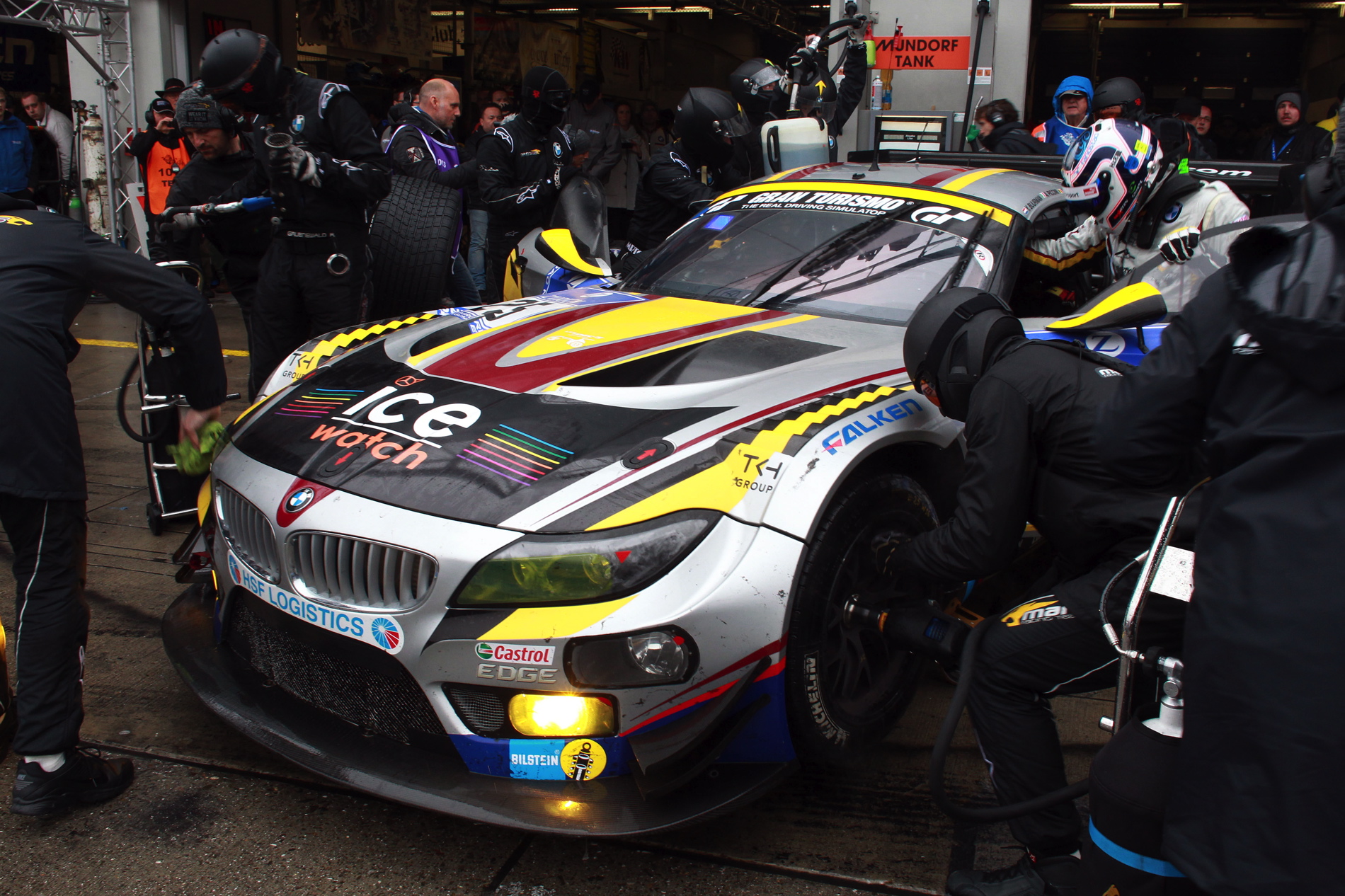 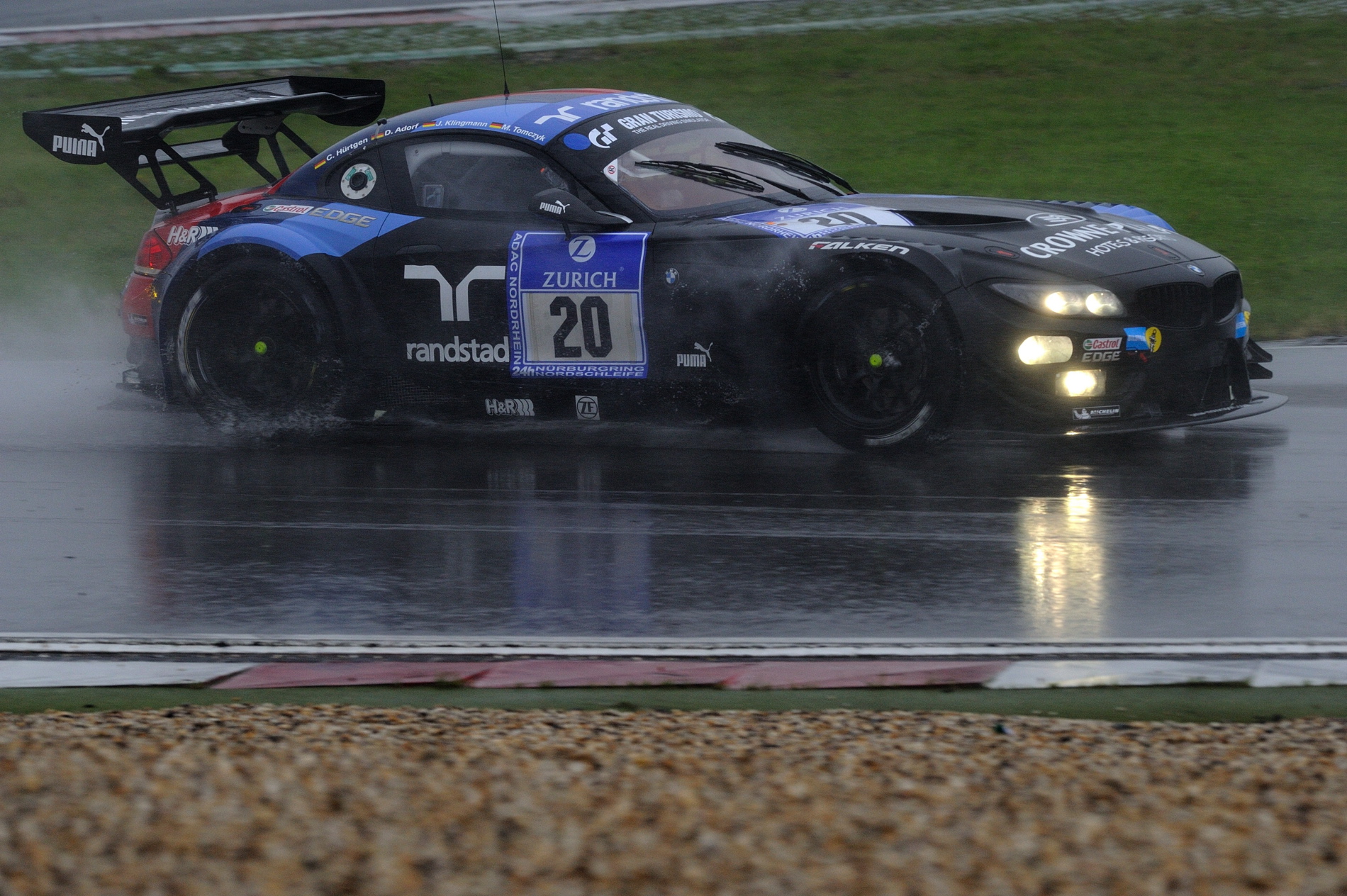 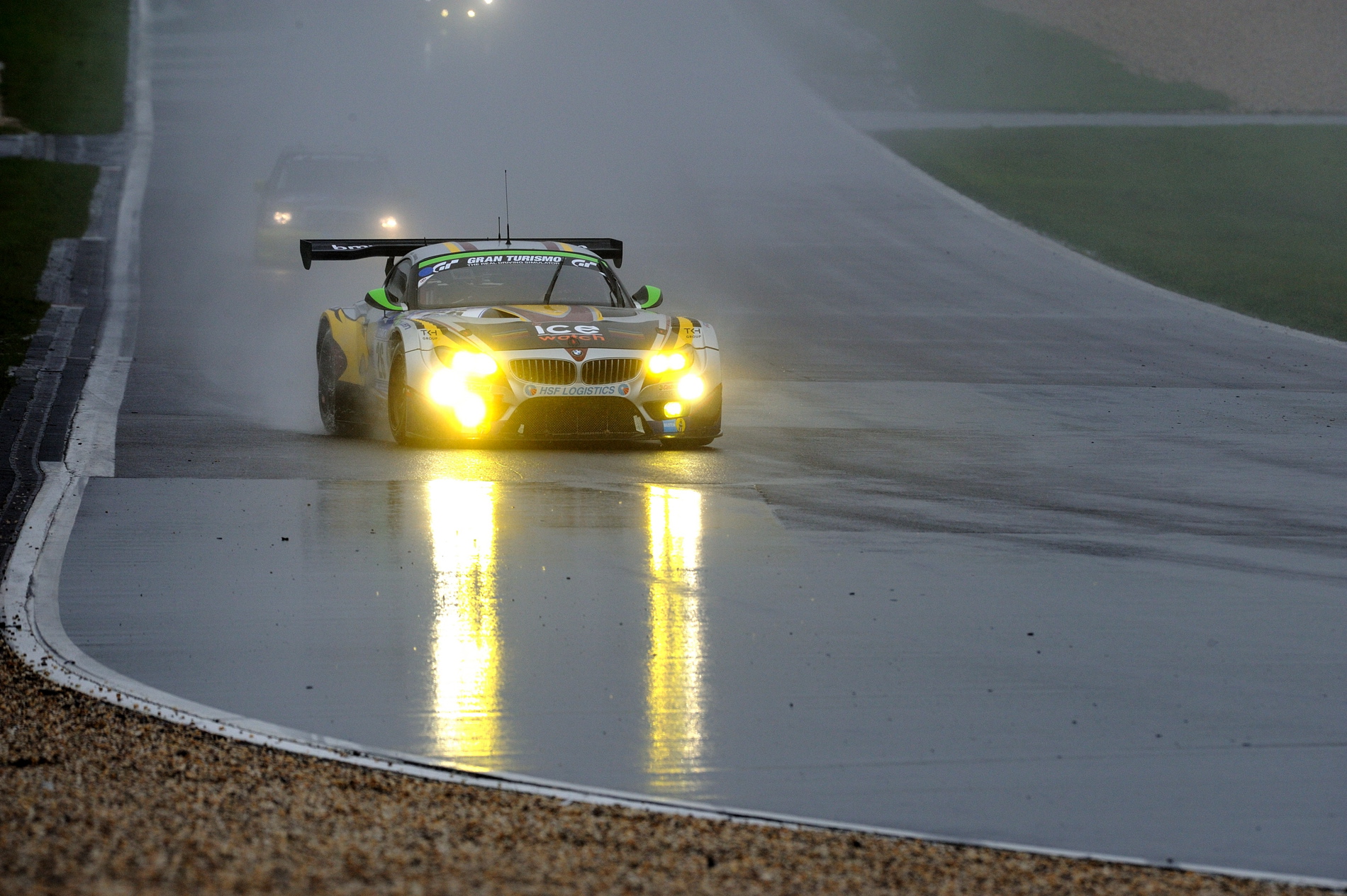