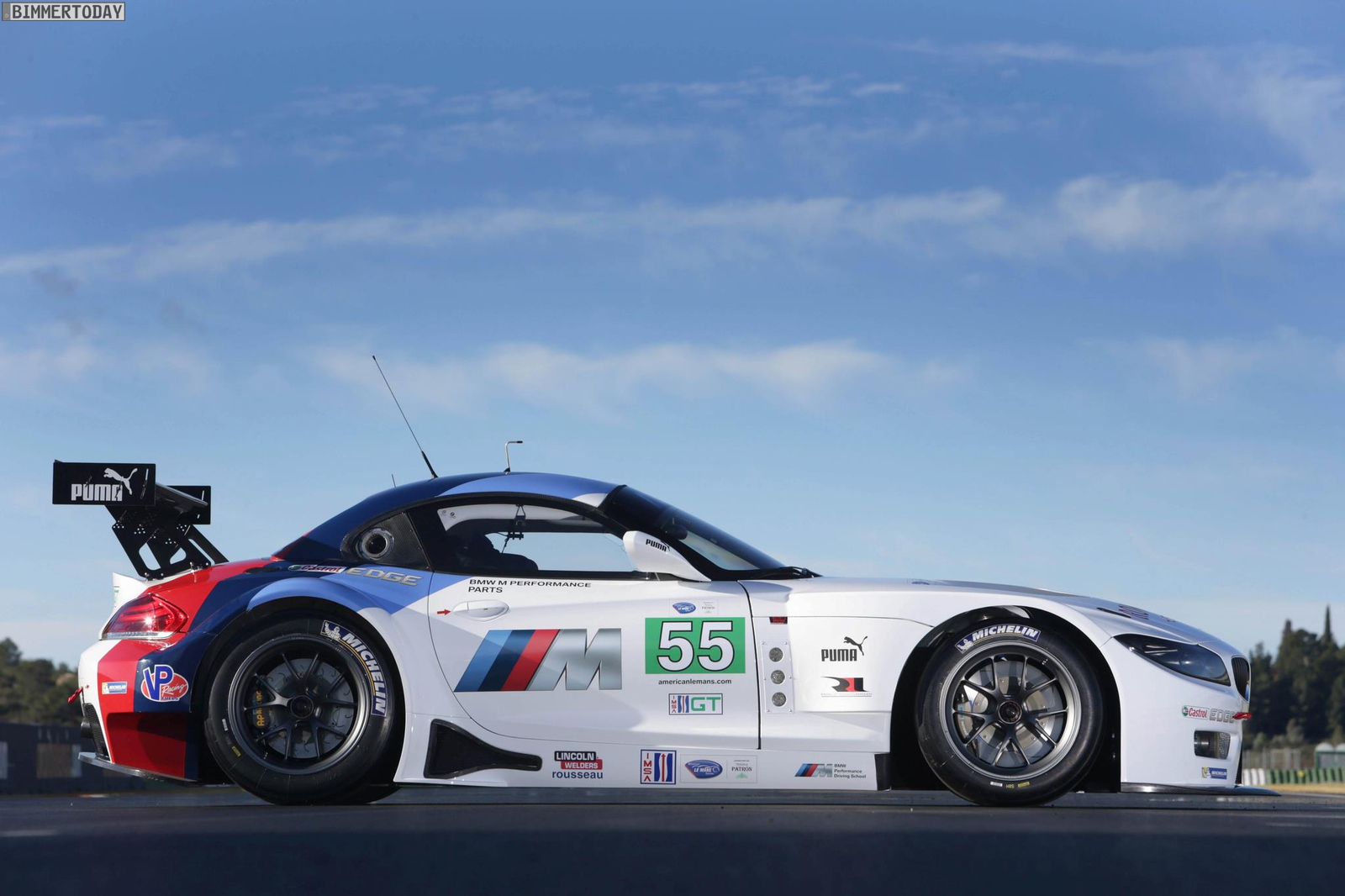 BMW is embarking on a new chapter of its motorsport commitment in North America: after four successful years with the BMW M3 GT, the new BMW Z4 GTE will take over at the head of the manufacturer’s campaign in the 2013 American Le Mans Series (ALMS). On Tuesday, BMW Motorsport and BMW Team RLL presented the car and drivers for the new season at the “Daytona International Speedway” (US).

Supported by Premium Partner Crowne Plaza Hotels & Resorts, guests from around the world were given the opportunity to inspect the BMW Z4 GTE at close hand, talk to those responsible for the team, and experience the iconic racetrack in Florida from the cockpit, courtesy of taxi rides with the BMW ALMS drivers.

“As we approach the start of the ALMS season in mid-March, so the anticipation is gradually rising,” said BMW Motorsport Director Jens Marquardt. “All of us at BMW Motorsport and BMW Team RLL are very curious to see how the first few races pan out with the new BMW Z4 GTE. We are setting out on a development year, but are very confident we have once again developed a car that has the potential to win races and titles in the form of the BMW Z4 GTE. Seeing our drivers at this event, you could tell how much they are looking forward to the first race in Sebring. I would also like to say a big thank you to our Premium Partner Crowne Plaza Hotels & Resorts for its fantastic support here in Daytona.”

Team Principal Bobby Rahal added: “Obviously I am very excited to enter this new year with the BMW Z4 GTE. There is a lot of enthusiasm in the team for the new car. Certainly there will be a development period involved but ultimately I see no reason why we can’t be competitive with the great competition that exists in the GT category in the ALMS. Although this might be a development year in many respects, the level of driver talent we have on the team – including the two new exciting additions with Maxime Martin and John Edwards – I think that ultimately we can have success and do much as we did in 2009, the first year of the BMW M3 GT, and work hard toward achieving maximum results in its first year. One aspect of the launch that is very exciting is not just the introduction of the BMW Z4 GTE and our drivers, but also the collection of historic cars that were the cars that began the success story of BMW in North American racing.”

The guests had travelled to Orlando (US) on Monday, and were welcomed that evening at a dinner in the Crowne Plaza Universal Orlando by Jens Marquardt, Ludwig Willisch, President and CEO of BMW of North America, BMW Team RLL Team Principal Bobby Rahal and BMW NA Motorsport Manager Gordon McDonnell. On Tuesday, the ALMS drivers took them on a series of taxi rides in historic BMW racing cars. This was followed by the unveiling of the BMW Z4 GTE. 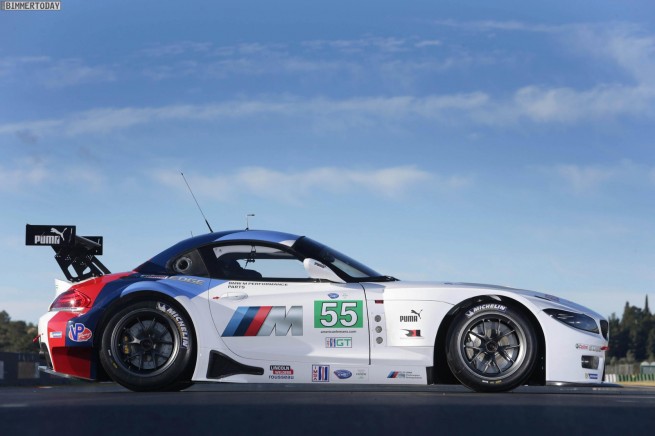 BMW Motorsport also announced the driving pairs for the coming season. Car number 55 will be driven by Bill Auberlen (US) and ALMS rookie Maxime Martin (BE). Dirk Müller (DE) will contest all the races in the number 56 car. Joey Hand (US) and John Edwards (US) will alternate as the two-time ALMS GT champion’s driving partner. Edwards will stand in for Hand when he is unavailable due to his parallel commitment in the DTM. Jörg Müller (DE, #55) and Uwe Alzen (DE, #56) will bolster the squad at the endurance races at Sebring (US) and Road Atlanta (US).

The BMW Z4 GTE will contest its first season in 2013. In July 2012, BMW Motorsport engineers in Munich (DE) began work on developing a GTE version of the BMW Z4 GT3, which would comply with ACO regulations. The BMW Z4 GT3 itself has enjoyed many years of success in high-class GT series around the world. The regulations stipulate that electronic aids that may be used on the BMW Z4 GT3, such as ABS and DSC, are not permitted on a GTE car.

The BMW Z4 GTE is considerably more compact than its successful predecessor, the BMW M3 GT. All the dimensions of the BMW Z4 GTE have been modified to comply with ACO regulations. The new car took to the racetrack for its maiden test outing in the second half of January. BMW Team RLL was integrated in the process throughout the entire development period. Engineers from the USA travelled to Munich in December to play their part in the assembly of the BMW Z4 GTE.

The car is not the only important new thing BMW Team RLL can look forward to in the coming season: Michelin is the new Tyre Partner of BMW Motorsport in the ALMS. In contrast, Premium Partner Crowne Plaza Hotels & Resorts is something of a constant. The successful cooperation will continue in 2013. Crowne Plaza Hotels & Resorts belongs to the InterContinental Hotels Group. IHG maintains, runs and owns over 4,400 hotels and more than 658,000 rooms in approaching 100 countries.