Home » When will America be ready for diesels?

Yet one more thing for Europeans to ’tisk-tisk’ at Americans over. Diesels.

Consumers on the old continent have made their choice – over the last couple of decades they have come to love their torque-y oil-burners and diesels now make up a clear majority of passenger car sales in Europe. In some markets such France and Italy, diesels are more than 70 percent of total sales. For BMW, diesels made up two-thirds of their home market in Germany in 2012, and 56 percent of total European sales for the year.

And it makes sense. Diesels today are clean, quiet and cheap to run. They provide a great driving experience, perfect, actually, for the large boulevards and highways that makes up most driving in America. They come with loads of torque and the glow of green credibility. When an entry-level 1.6 liter diesel from VW can deliver 250 Nm of torque – that’s almost 25 percent more than on the Toyota FT-86 and enough to power an all-wheel drive system on a Golf, for instance – why opt for anything else other than the 2.0 liter TDI which offers even more output? 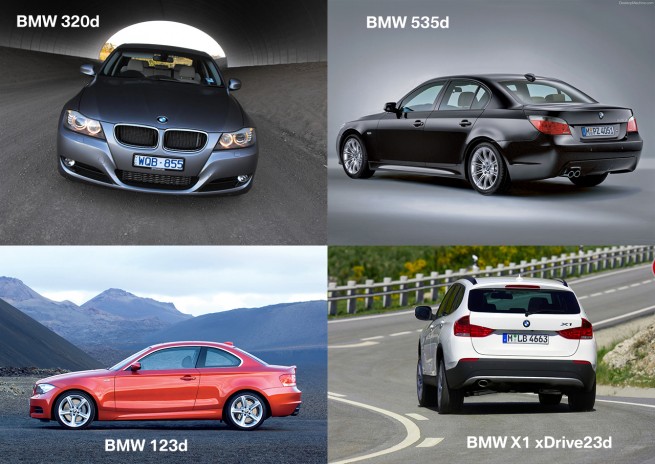 (I once tested a 115 hp BMW 116d for a week and couldn’t see any reason why the car wouldn’t satisfy your every need as a daily driver. At the other end of the spectrum, I also once had an E91 335d with the M-sport package and they had to tear me off of it when it was time to give it back.)

So, it’s easy to ask the question as to when will American drivers will be ready to adopt diesel cars. But the reality is it’s not as simple as convincing American motorists to try one. Notwithstanding having consumers understand the benefits of driving an oil-burner, there are several obstacles that need to be overcome before diesels can be a viable option for the majority of U.S. car buyers.

The difficulties go beyond consumer awareness and include the issues of emissions regulations, availability and quality of fuel. The United States has stricter limits on mono-nitrogen oxides than Europe (for light vehicles – trucks are another matter) which requires automakers to install expensive after-treatment systems to filter out the NO and NO2 (nitric oxide and nitrogen dioxide). The cetane rating of American diesel fuel is also lower than in Europe, which makes it less combustible, and diesel fuel isn’t available at every pump like it is in Europe. Also American diesel has more sulfur in it, which complicates the emissions question too.

To overcome these issues is going to require an effort on a national scale. That means legislation that cleans up the fuel. In effect, it requires political action to make diesels a viable option for American drivers and it should come as part of a policy of reducing overall emissions. Good luck with that in Washington. The political leadership of the country can’t seem to agree on anything, let alone be able to address a colossal and divisive issue like climate change. And certainly a minor item like diesel fuel standards is way off the radar there.

Nope, the only way those technical issues can ever be overcome is with technological advancement by the automakers, which seems quite likely, actually, given the progress that’s already been made. But the automakers often boast too much about their diesel tech and how they’re going to bring more oil-burning models to the U.S. and things end up moving a lot slower than what was said in the rhetoric. It may be a while before all those promises materialize.

But after that, convincing the consumer should be the easy part. All they have to do is try one.

Which diesel model currently unavailable in the U.S. would you like to see stateside?

Let us know in the comments below.