The Spun Bearing: You Don’t Want a Dog In This Fight

Home » Interesting » The Spun Bearing: You Don’t Want a Dog In This Fight

If there’s one automotive segment that is hotly contested, and subsequently well served, it’s the mid-size sedan market. The cars tend to have very similar dimensions, with wheelbases between 109 and 112 inches, length between 182 and 190 inches, width of approximately 72 inches, and height right at 56+ inches.

Since the bulk of these cars are FWD, power tends to be around 200 HP (with some premium versions beyond 250 HP). All wheel drive is offered on some and six speed transmissions seems to be the standard.

And Americans have finally responded to better interiors. Where, in years past, cars in this segment would be decontented compared to a European equivalent, now the American car gets the quality and comfort available elsewhere. The demand for connectivity also has gone up and features previously only available in premium brands, such as in-dash GPS, Bluetooth, and keyless entry are now almost ubiquitous. 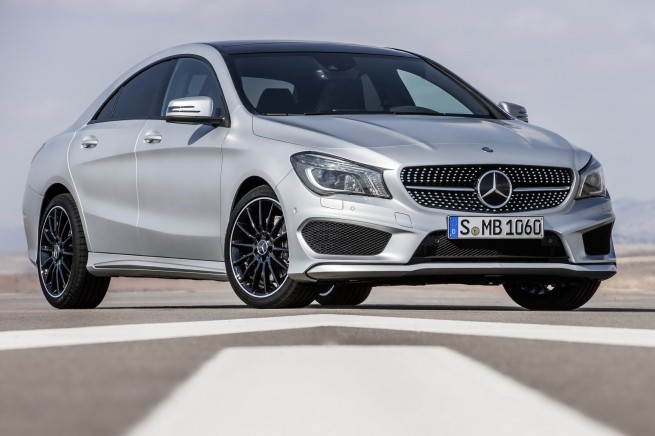 With most of the entrants in this class clearly within fractions of inches of each other the only way to stand out is to be significantly different (in a good way). You can get ahead of the pack on price but soon the other players in this segment will fight tooth and nail to claw back your gains.

BMW competes in this class with the 3 series, but then again it really doesn’t. The 3er appeals to a different buyer than the other makers serve – a driver. That’s not to say that there is anything inherently bad about the FWD offerings, but there’s an edge to the driving dynamics for a well engineered RWD product. The split of work between front and rear wheels and ideal weight distribution shows up for those that enjoy being involved in the act of driving. And because of the drivetrain configuration, it goes that while the 3er is part of this segment dimensionally it really is significantly outside of the segment. And bringing in the 320i gives BMW another, lower priced, hook into this special market.

So in an arena littered with Accords, Altimas, Camrys, Fusions, Malibus, Optimas, and Sonatas, why would an established manufacturer bring in a FWD competitor that is dimensionally slightly smaller than its competitors and slightly more expensive? That’s the question that Mercedes-Benz had to answer before bringing the CLA to market. And it’s the market that will decide whether Mercedes-Benz found the right answer. Personally, I wouldn’t want a dog in this fight.

PS – The cynic in me says that maybe the CLA actually is meant to be a large entry-level, not mid-sized, offering. The CLA’s 106 inch wheelbase puts its interior dimensions on a par with the entry-level class. In that case it’s competitors are the Civic, Corolla, Cruze, Elantra, Focus, and Forte. You just price it like a mid-size, significantly higher than its class . . . yeah that’ll work.

5 responses to “The Spun Bearing: You Don’t Want a Dog In This Fight”