Spengler wins from pole in the BMW Bank M3 DTM Oschersleben, 16th September 2012. The battle for the title in the DTM remains exciting: Bruno Spengler (CA), at the wheel of his BMW Bank M3 DTM, was first across the finish line at the “Motorsport Arena Oschersleben” to claim his third victory of the season in the eighth race of the year. After 51 laps of racing, the BMW Team Schnitzer driver, who started from pole, came home 0.629 seconds ahead of Mercedes driver Gary Paffett (GB).

Dirk Werner (DE) finished fourth in the E-POSTBRIEF BMW M3 DTM to record his best result in the DTM. He was followed over the line by Augusto Farfus (BR, Castrol EDGE BMW M3 DTM) in fifth, with the Brazilian also scoring valuable points. In total, BMW picked up 47 points in Oschersleben – more than in any other DTM race in 2012. 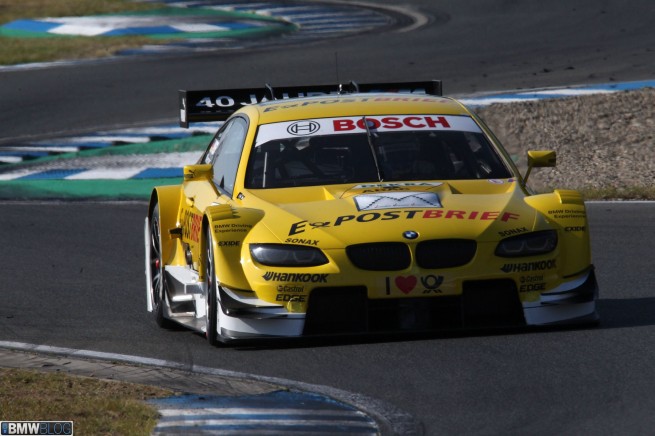 Joey Hand (US, SAMSUNG BMW M3 DTM) narrowly missed out on a place in the top ten after finishing 11th. However, Hand can still be happy with the way he fought his way back through the field having started from 20th on the grid. The race was less successful for Andy Priaulx (GB, Crowne Plaza Hotels BMW M3 DTM) and Martin Tomczyk (DE, BMW M Performance Parts M3 DTM), who both had to retire before the end of the race.

In the drivers’ standings, Spengler now has 116 points to his name and has reduced the gap to leader Paffett to just 11 points. Tomczyk is sixth on 69 points. Farfus (29) has moved up to eighth place, while Werner (17) climbed to 11th. Priaulx (14) and Hand (2) are currently 13th and 19th respectively. 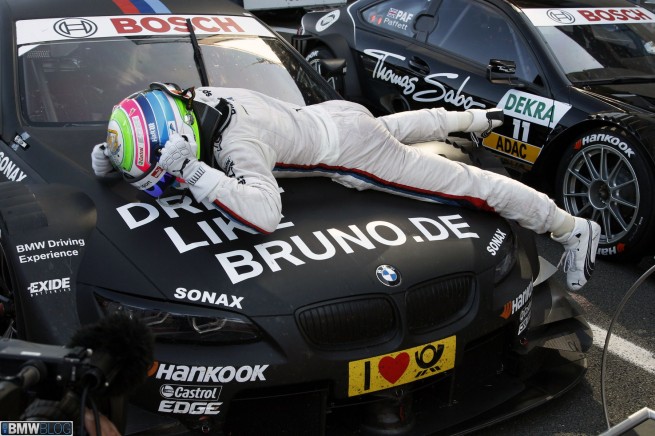 Over the course of the race weekend, 71,000 fans followed the action at the “Motorsport Arena” and witnessed the 52nd win since 1984 for BMW in the DTM. Spengler had previously tasted victory at the Lausitzring (DE) and the Nürburgring (DE) this season. This was the first time BMW had finished the race with three cars in the top five. BMW Team Schnitzer celebrated a milestone: Spengler’s success in Oschersleben was the 20th victory in the DTM for Team Principal Charly Lamm’s (DE) outfit.

The stage is now set for a thrilling finish to the 2012 DTM. The ninth race will take place in Valencia (ES) in just two weeks, before the season draws to a close with the finale at the Hockenheimring (DE) on 21st October.

“That was an absolutely sensational weekend for us. Bruno Spengler claimed his third win of the season, while Dirk Werner and Augusto Farfus also scored excellent results. Joey Hand also produced a great race and just missed out on finishing in the points. On top of all that, we have scored more points this weekend than at any previous race. Our BMW M3 DTM completed its first test here in Oschersleben just over a year ago. If anyone had told us back then that we would have three pole positions and three victories to our name within a year, we probably would not have believed it possible. As such, this is a very emotional success for us.” 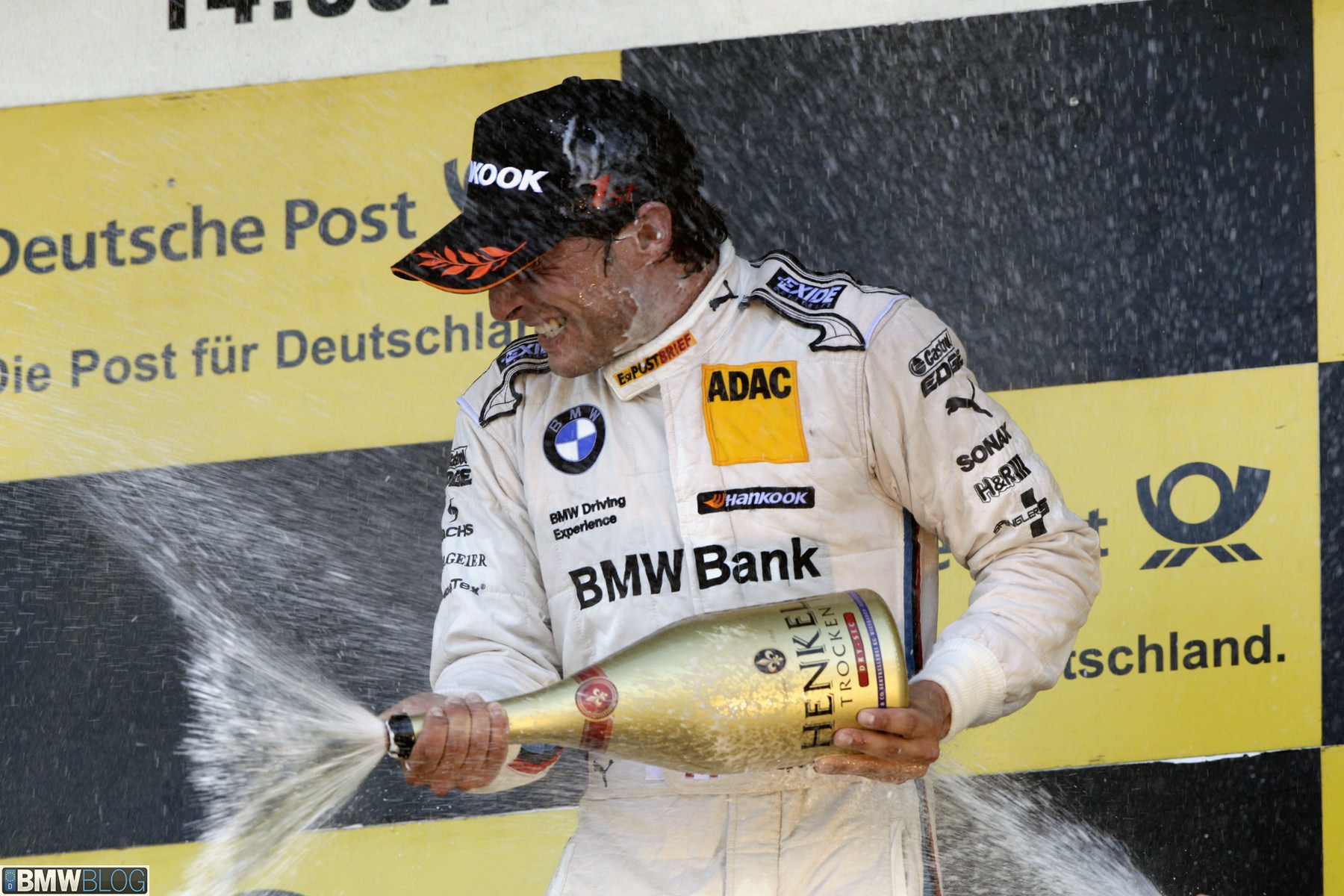 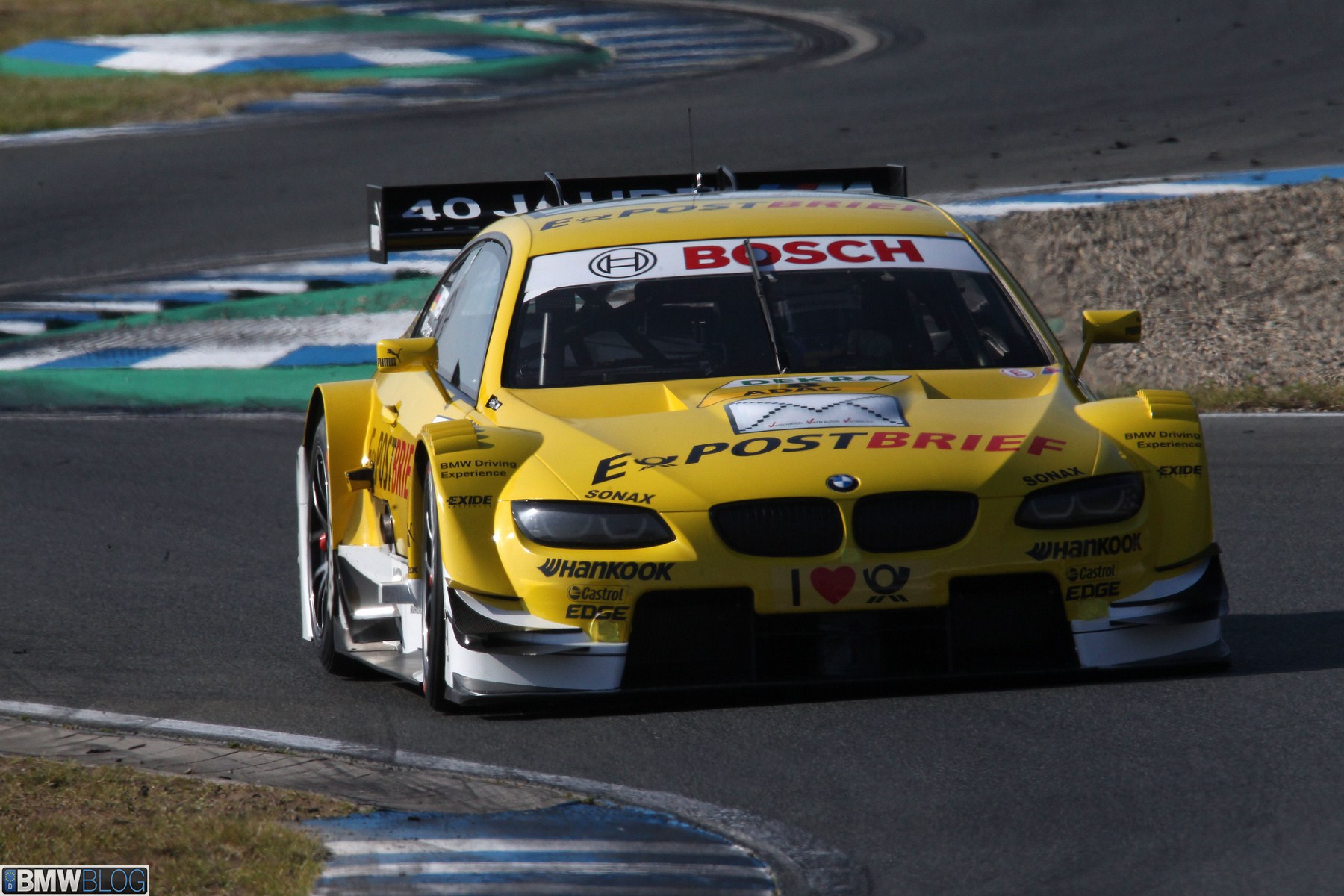 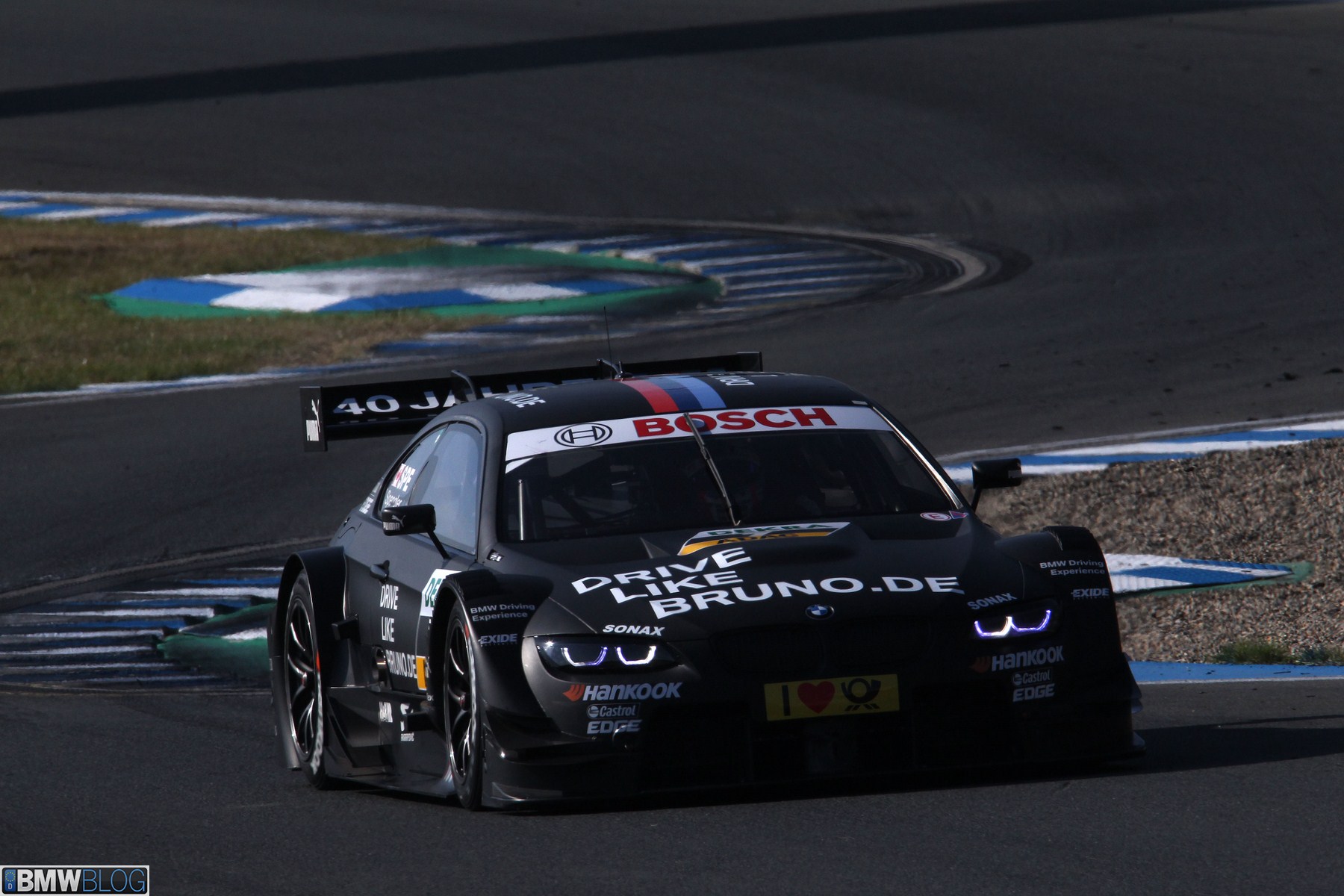 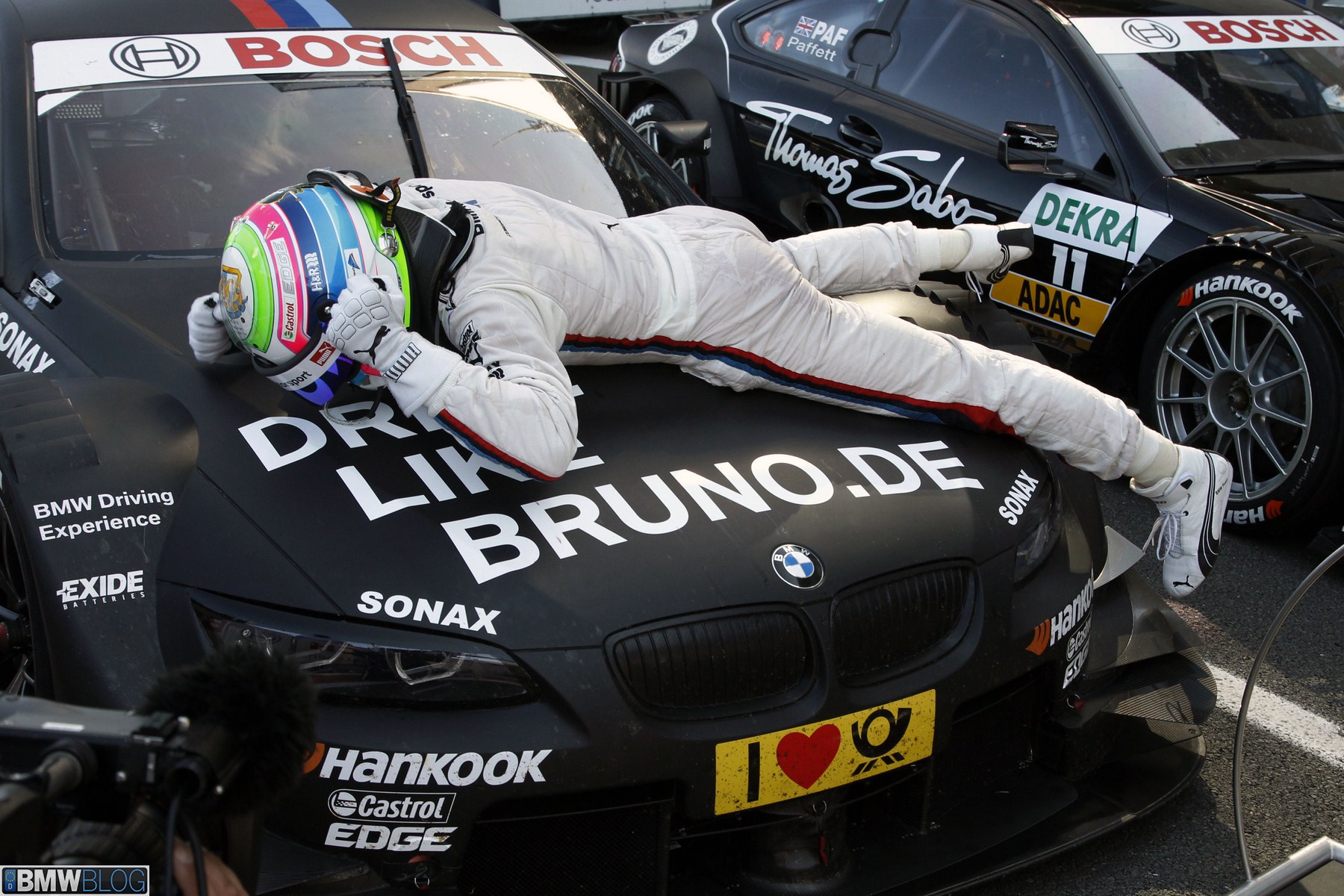 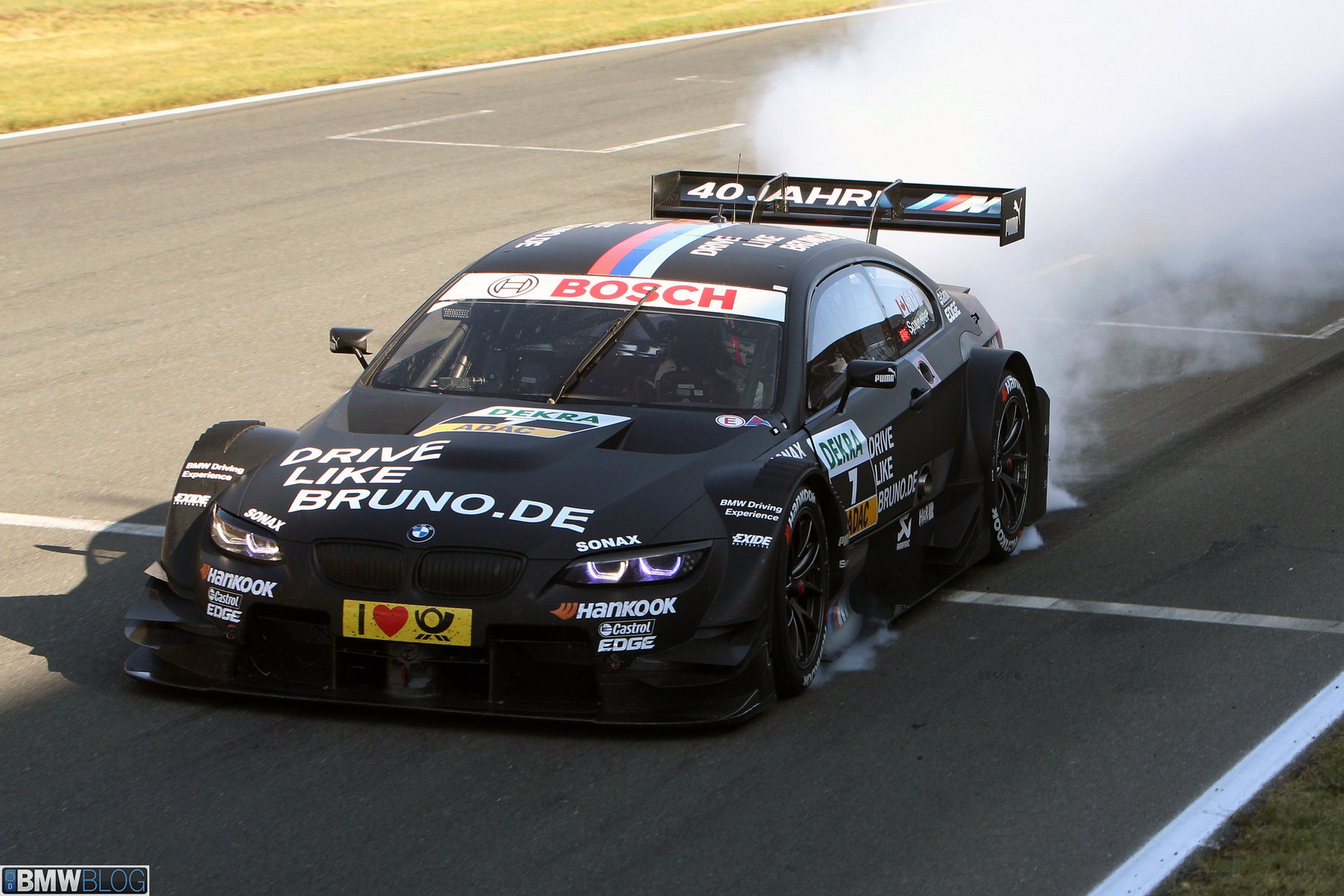