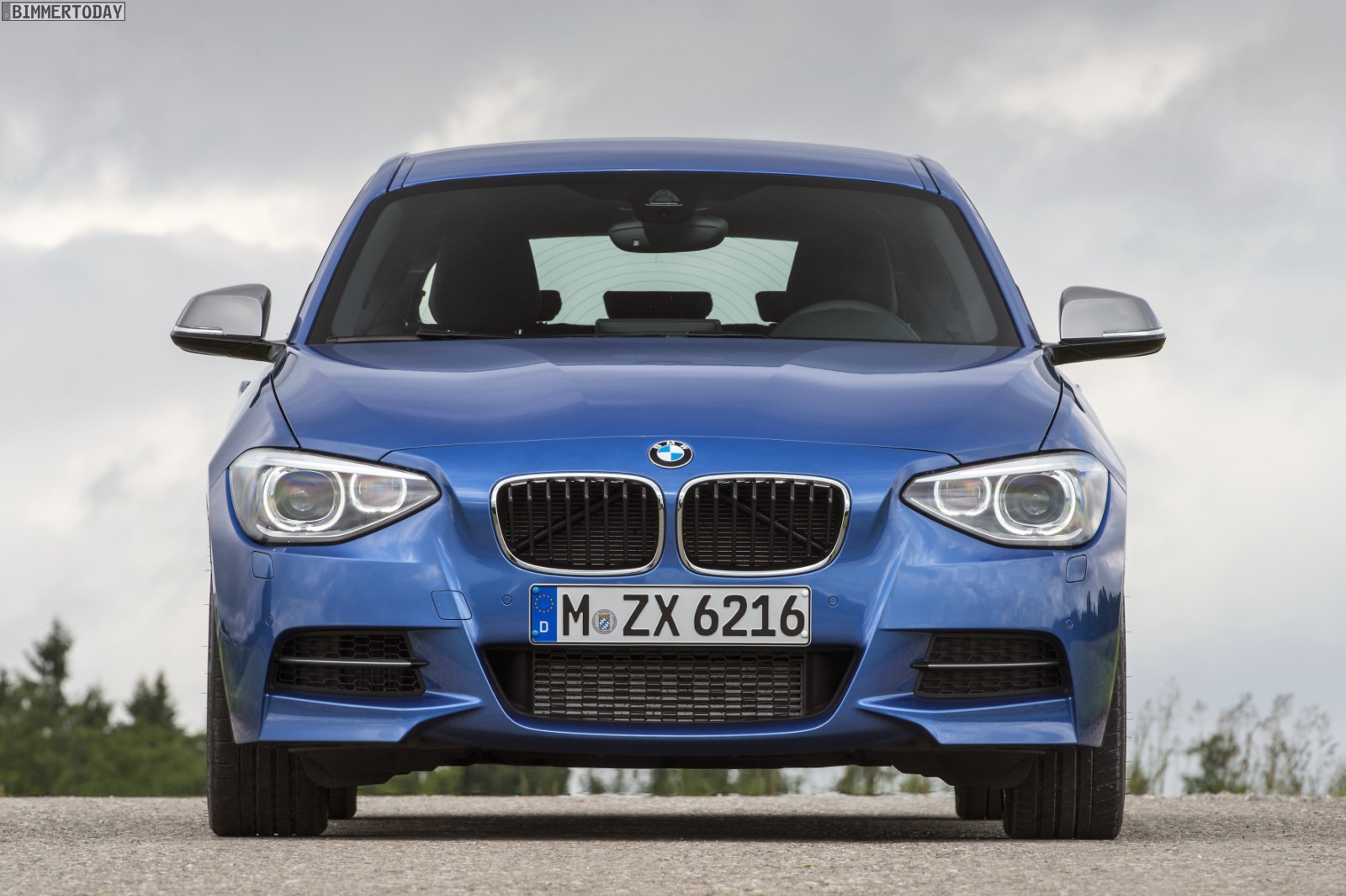 Small cars with big engines have always been fascinating to consumers around the world, and particularly to young people that embrace fast, compact vehicles. English-speaking countries label this type of vehicle as a “Hot Hatch.”

BMW joined this segment in 2004 with their first 1 Series vehicle. With its rear-wheel drive setup and sporty dynamics, the E87 130i was a compelling product in a competitive market. At launch time, the three and five-door hatchback was powered by a 3.0 liter six-cylinder engine which output 265 horsepower. But customers were looking for more power in a small package, and the 135i Coupe and Convertible came to market just a year later. 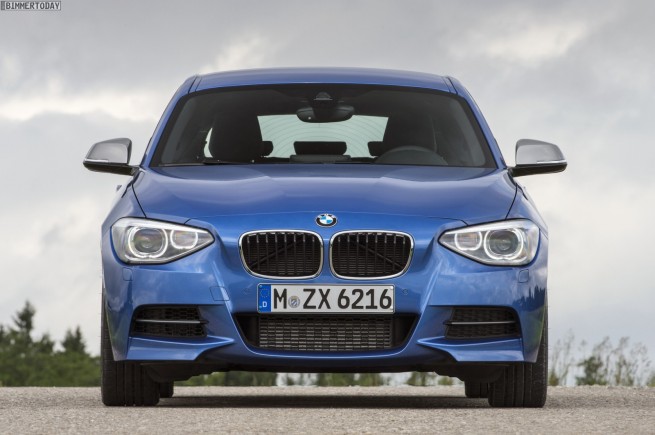 With the second-generation 1 Series, BMW wants to do accomplish better things from the beginning, and a year after the introduction of the F20 1 Series five-door hatch, a super sporty model is launching: M135i. The new compact sports car from Munich is available with three and five doors, in addition, customers have the choice between the classic rear-wheel drive and an all-wheel drive architecture. BMW M135i is powered by a 3-liter, straight six-cylinder engine and 235 kW/320 hp and 450 Nm of torque at 4,500 rpm. The technology package includes a TwinScroll turbocharger, direct High Precision Injection with central multi-hole injectors, VALVETRONIC variable valve control and Double VANOS variable camshaft timing. 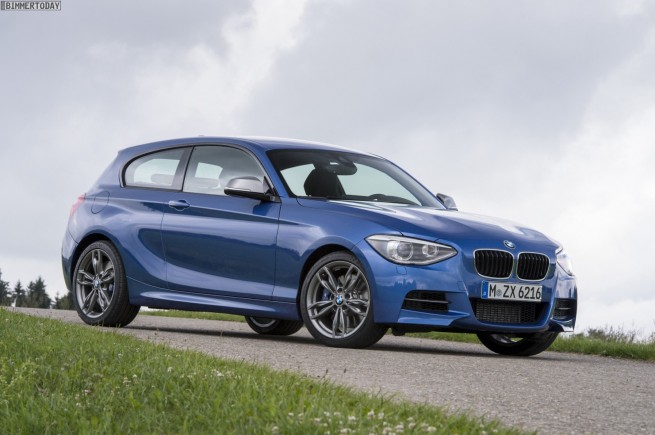 We were able to convince ourselves this past weekend of the potential of a small car with a large power pack while sitting behind the wheel of an F21 BMW M135i. The model came equipped with the optional eight-speed automatic transmission which can be operated using shift paddles on the steering wheel. A manual gearbox is offered as well.

While driving in the Eco Pro mode, the car behaves as expected: the acceleration response and gears set-up are tame. But once you move up to Sport Plus, you can immediately feel a more direct response and an increase in steering feedback.

It goes without saying that most of the test drives are done in Sport Plus with DSC on, but even with all the driving controls turned on, slight drifts occur when accelerating out of tight corners. Driving completely without a safety net can be achieved with a long press of a button, and without a doubt some customers will find that to be quite fun.

On the road, the turbocharged inline six-cylinder under the hood provides – in addition to the rear wheel drive BMW- a unique driving experience and it certainly impresses with its power and driving dynamics. Even at low speeds, the 320 hp delivers great acoustics. Push down on the acceleration pedal and an aggressive sound comes from under the hood.

The response of the turbo engine obviously behaves different than the naturally-aspirated S54 engine, but at the right speed range, the M135i’s acceleration is spontaneous.

The revised chassis with individual tuning of springs and dampers is M135i-specific allowing the first BMW M Performance model a largely neutral handling. Only if the rear wheels are not supplied with the right amount of power, the compact M135i starts to understeer. 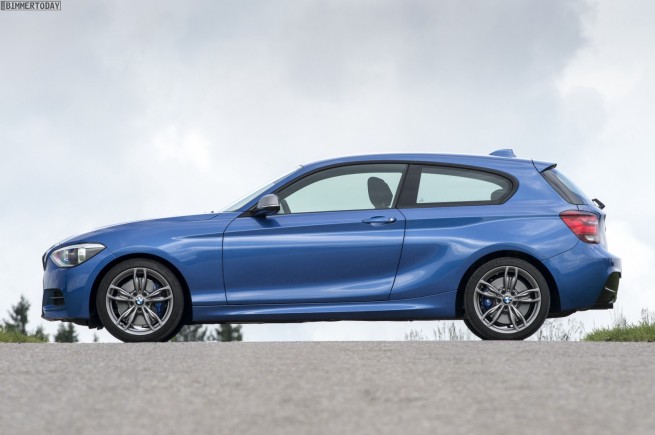 The bottom line is that the BMW M135i is a true hot hatch, which dominates the road with its athletic stance without bothering us with excessive force in every day life. In combination with the new BMW luxury infotainment system and a very spacious interior, the Munich folks deliver a great package on the wheels, which we believe will give many headaches to its competitors. 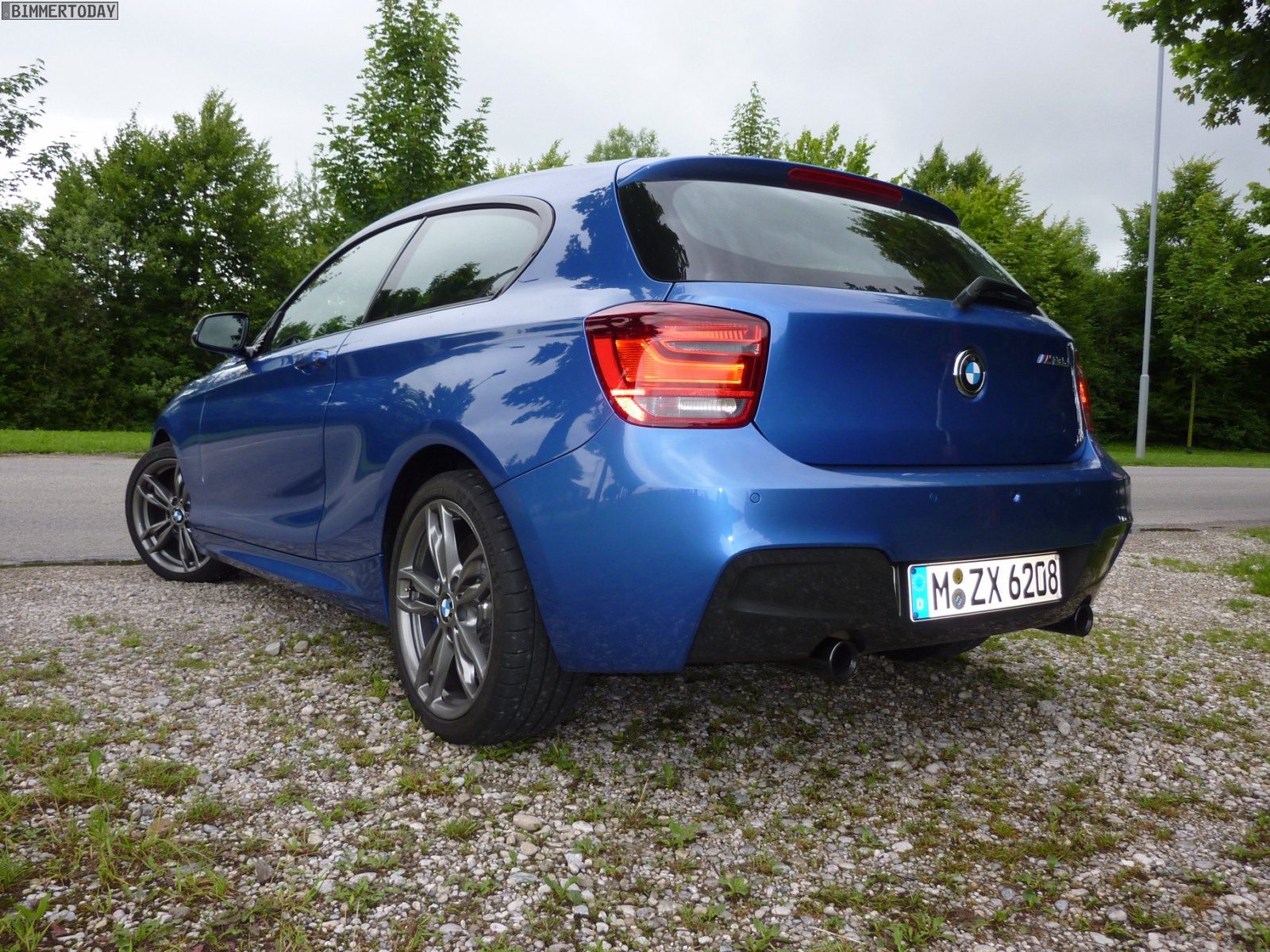 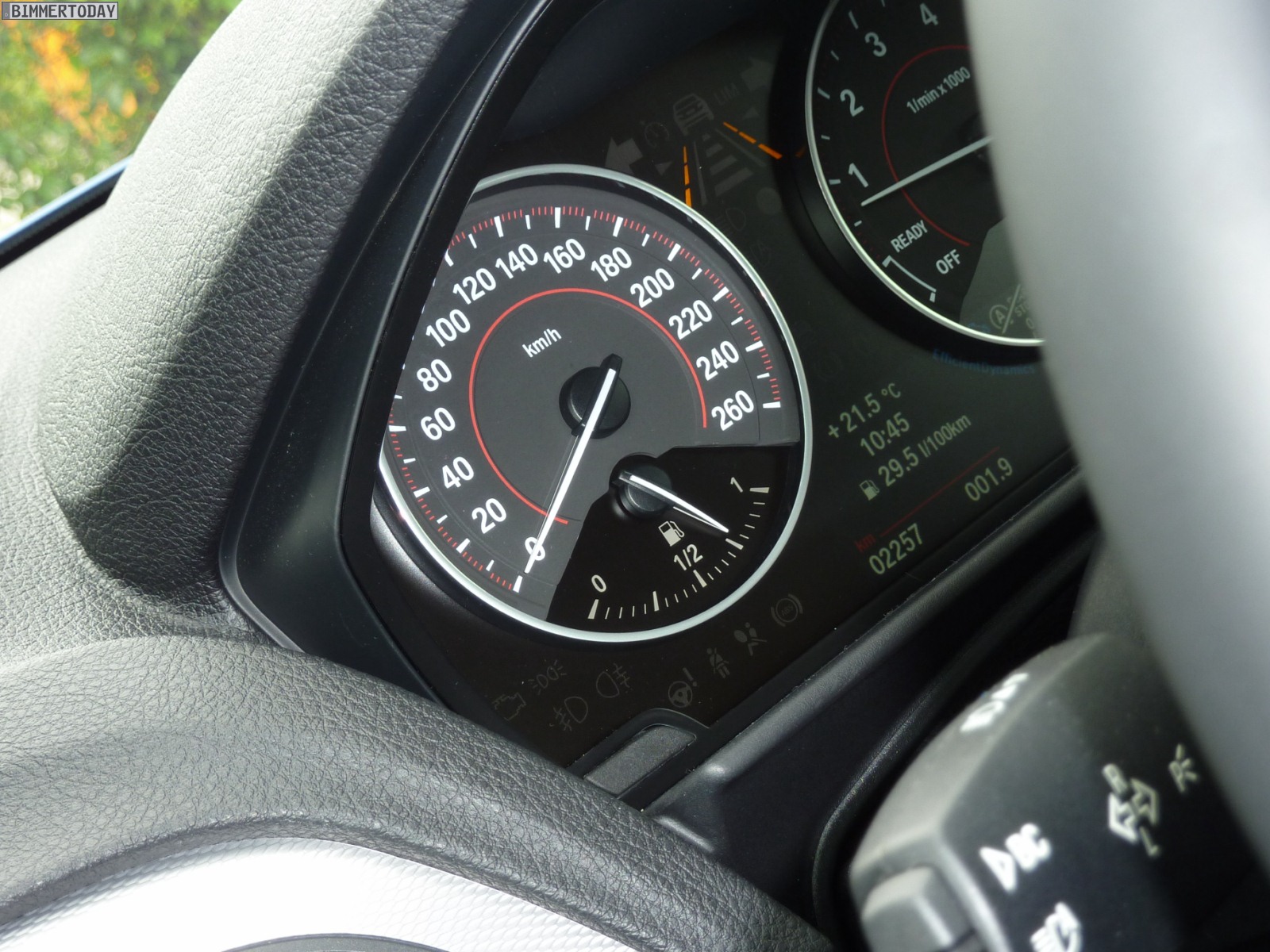 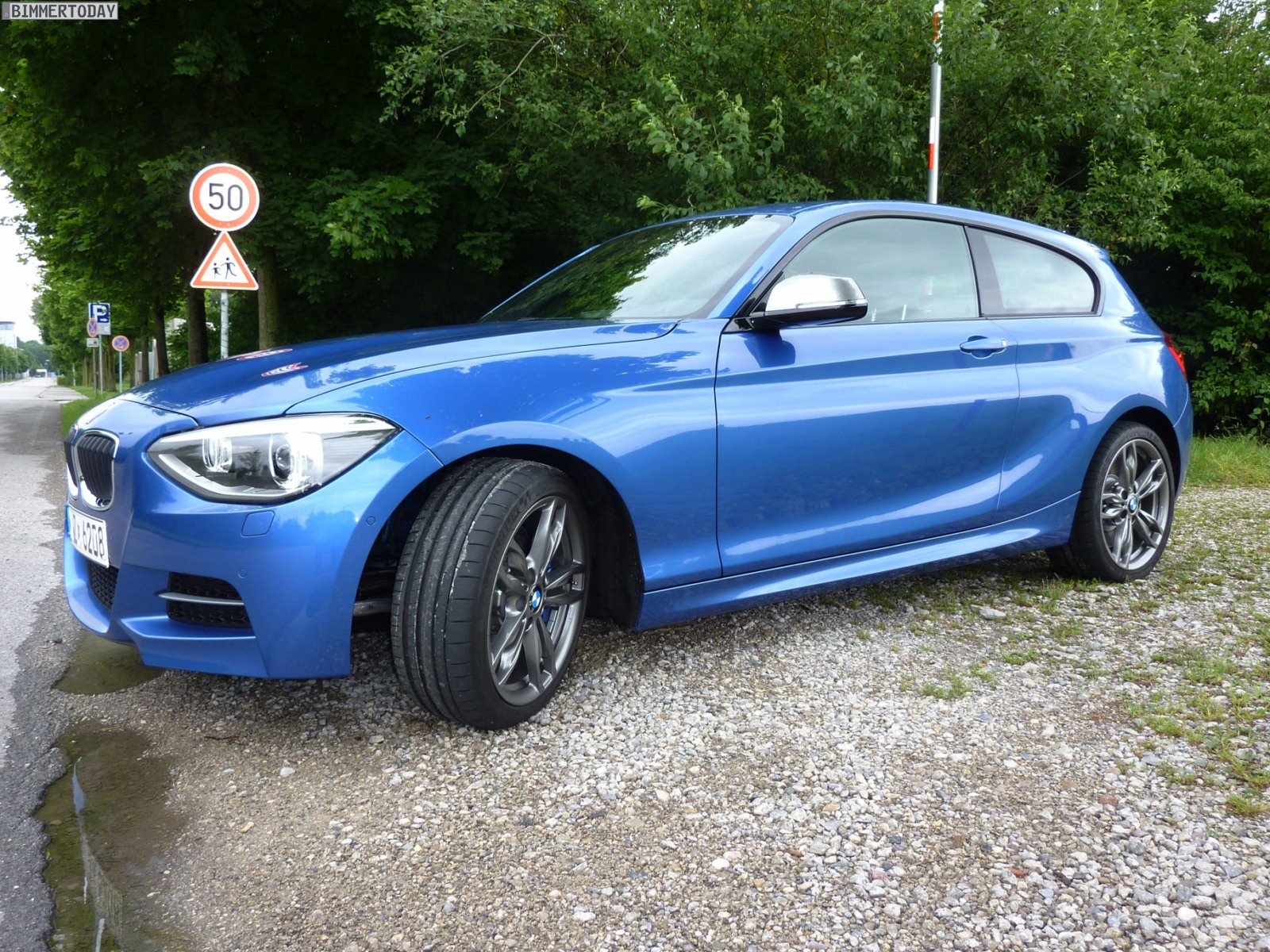 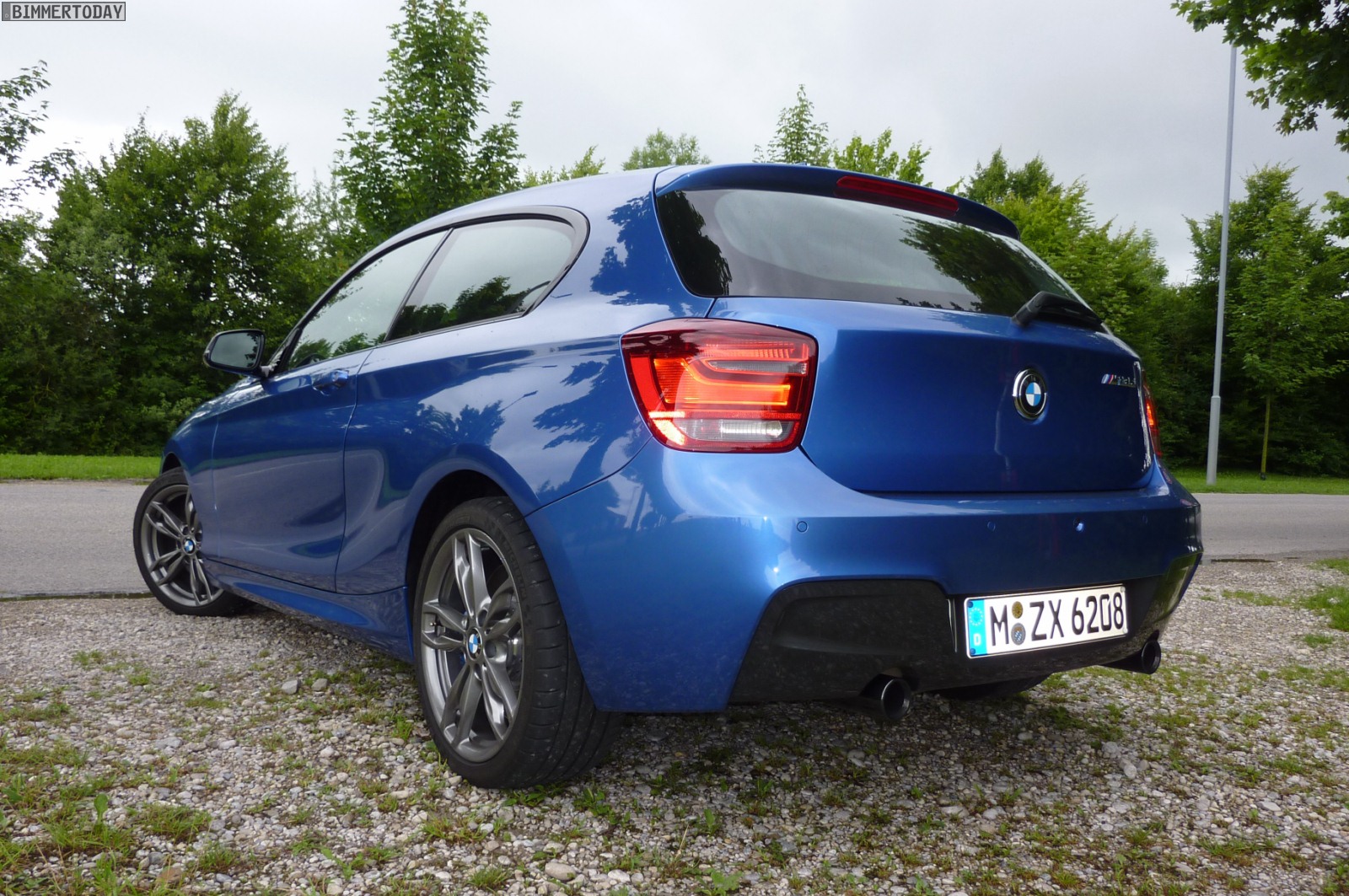 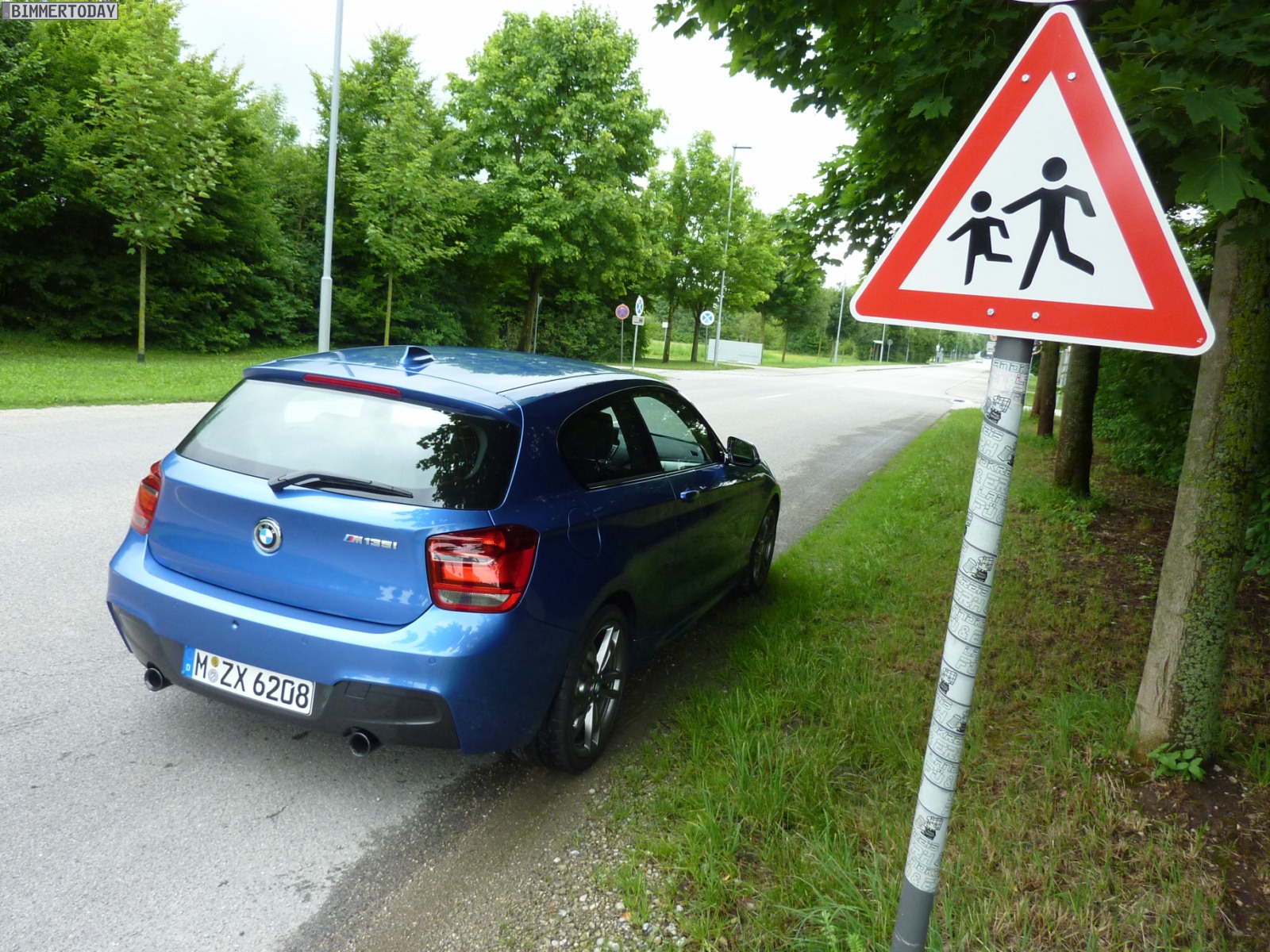 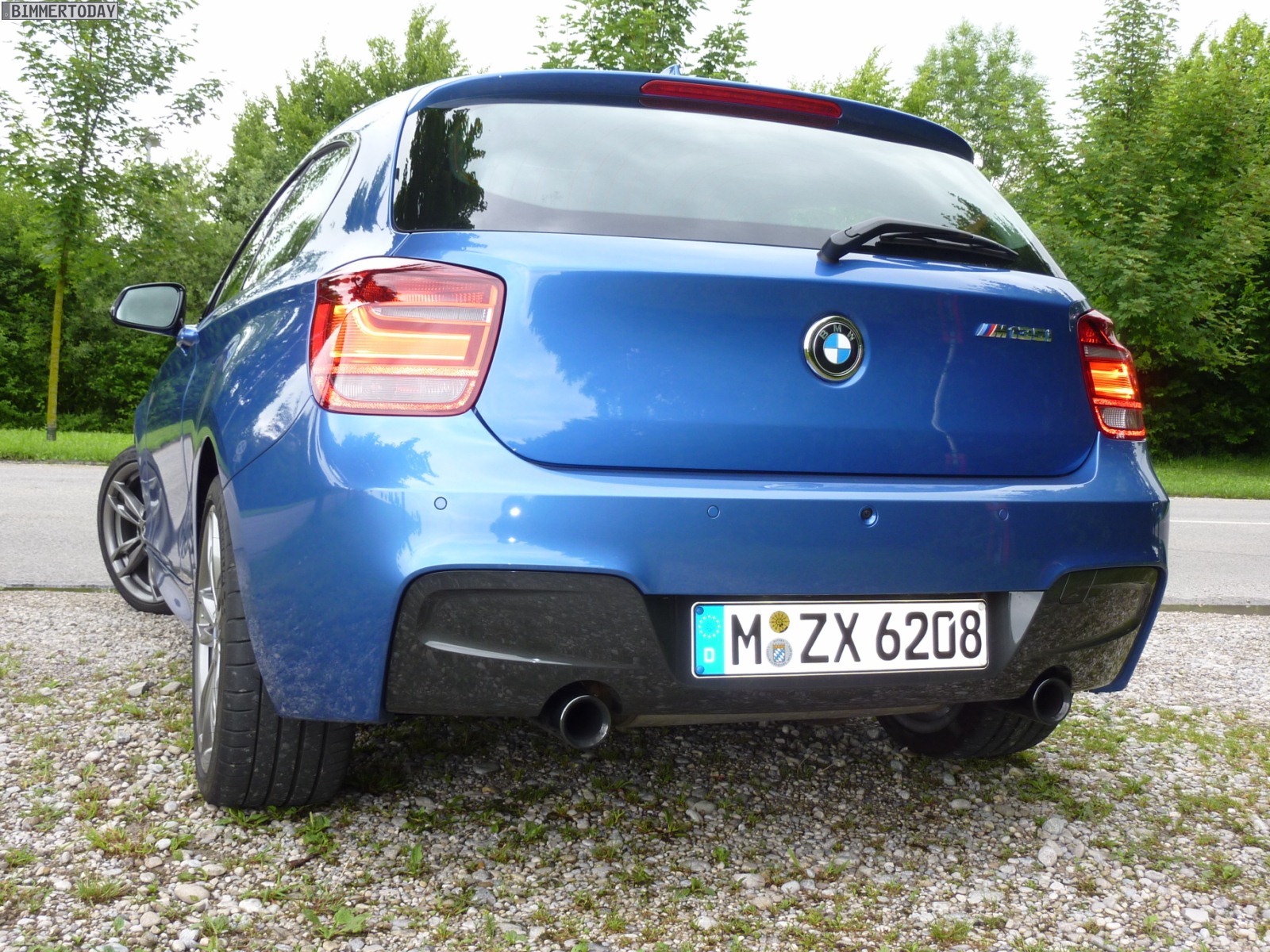 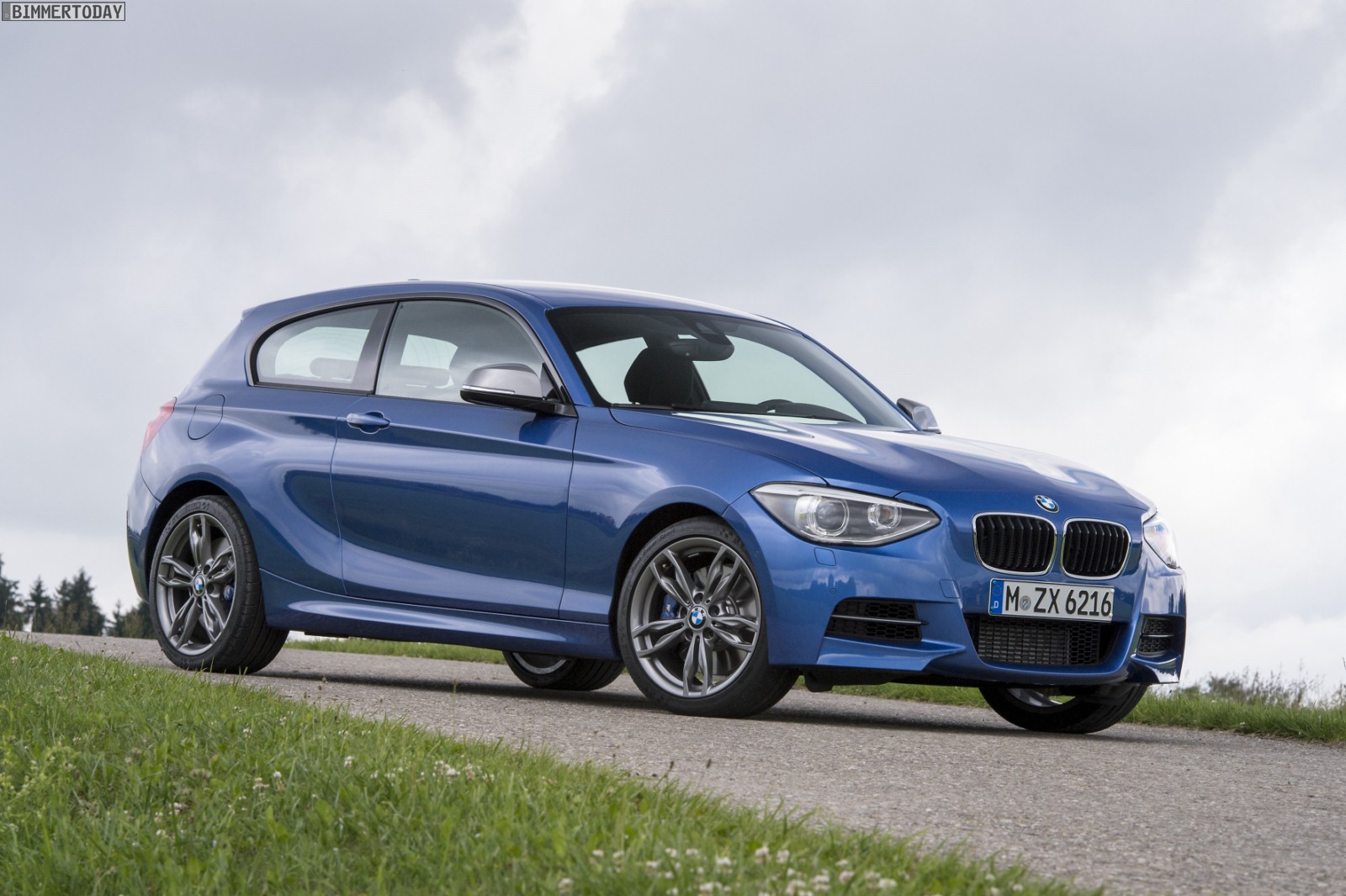 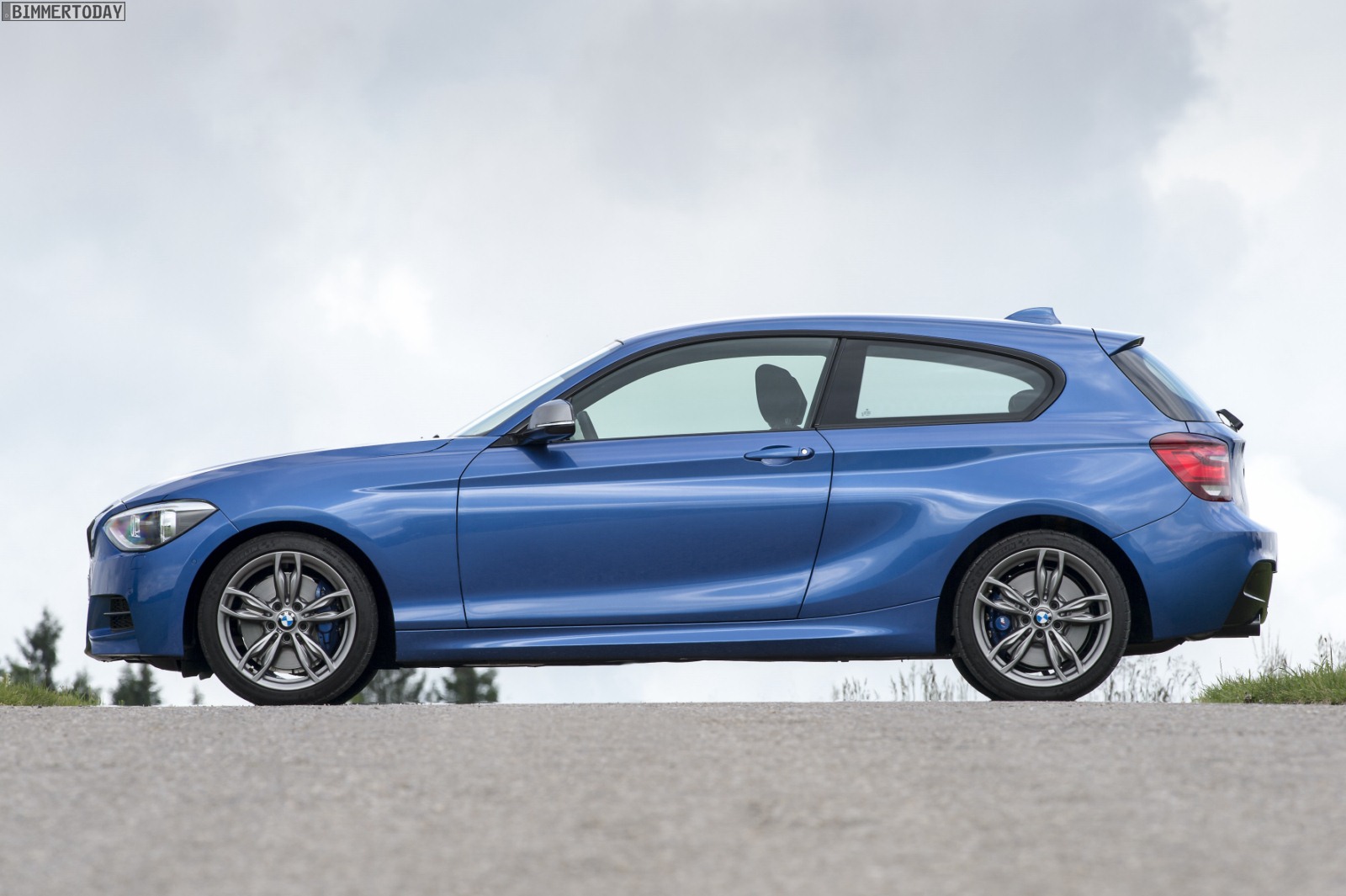