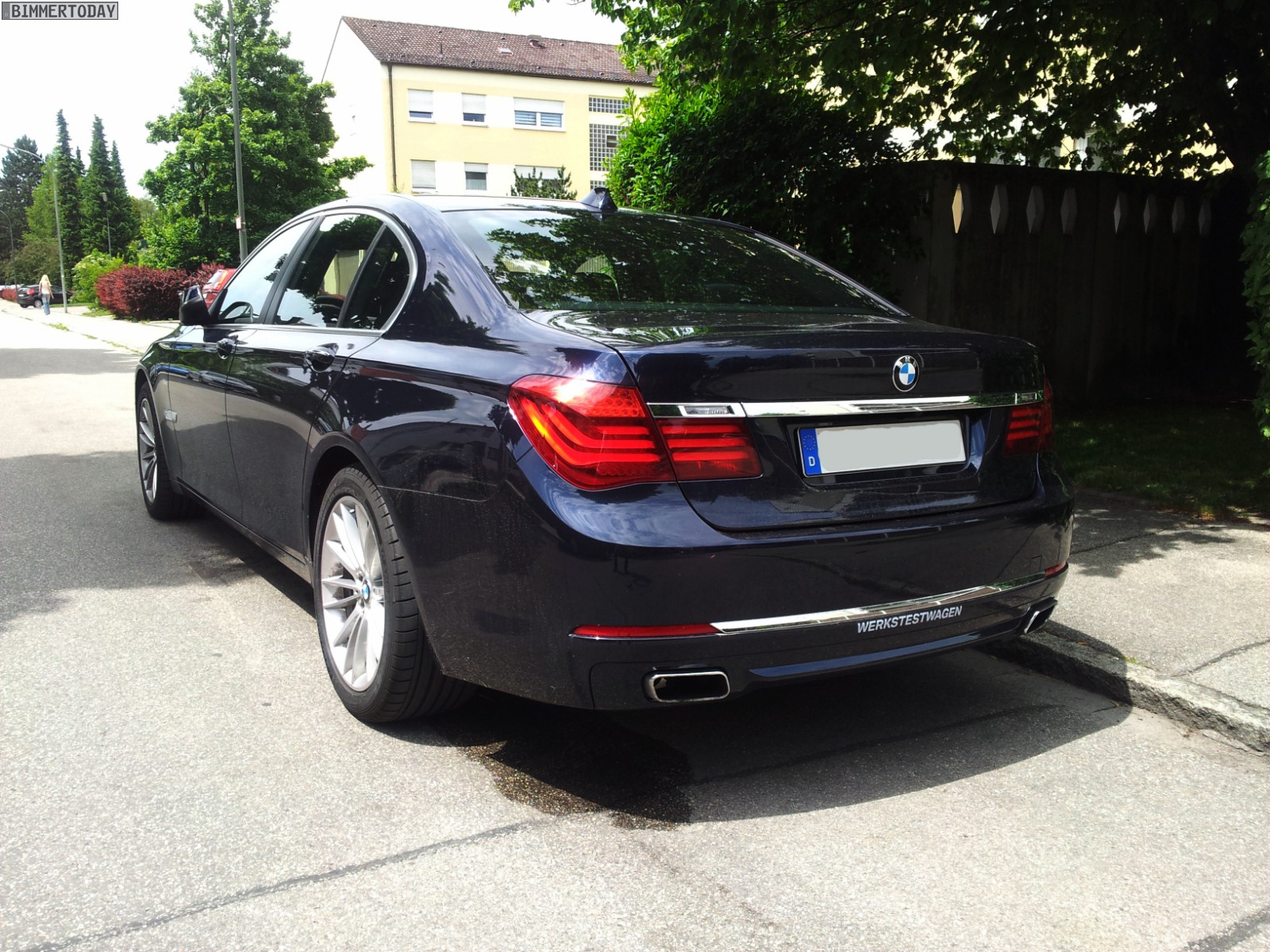 More real life photos of the facelifted BMW 7 Series surface from Germany. A completely undisguised prototype was seen on the roads of Munich ahead of its July market launch. Both the F01 and F02 models will go through the lifecycle refresh delivering some new features and updated design.

One of the biggest exterior changes comes from the front where now the flagship 7er gets “squarish” LED corona lights with an LED turn signal indicator placed in the headlight. Each headlight contains 8 LEDs.

While the previous model featured a kidney grille with 9 and 12 slats, based on the Night Vision Camera option, the facelifted 7 comes now with a single configuration of 9 slats. More chrome is now embedded in the fascia with two bars in the front apron that give the flagship model a more aggressive look. 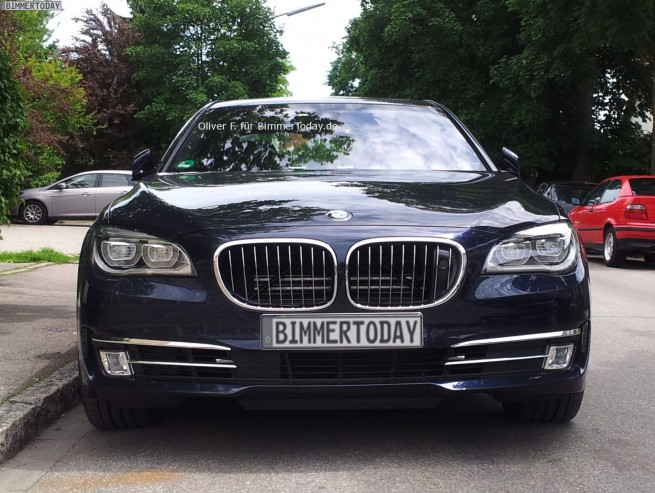 The turn signals are now part of the housing of side mirrors. At the back, chrome stripes connect reflectors. The tailights’ shape remains unchanged while featuring a darker red color. Inside there is a new 3D MMI system that brings out a refreshed design with a new CPU that renders the information faster than before. The map feature now displays 3D city models for selected cities. Other interior changes include new trim and leather, a redesigned instrument cluster with LCD gauges and a rear-seat entertainment system with tablets.

The 7 Series offerings start with the730d, an inline six-cylinder engine developing 258 hp with a fuel consumption of only 5.6 liters per 100 kilometers. Above the “entry-level diesel” sit two other exciting diesel variants: twin-turbo 740d with 313 hp and 5.7 liters per 100 kilometers, and the new, innovative tri-turbo 750D with 381 hp and fuel consumption of 6.4 liters.

Customers looking for a gasoline engine may select between three variants, starting with the based six-cylinder 740i, followed by the the twin-turbo V8 750i and 760i with twelve cylinders to choose from. The 320 hp BMW 740i uses the N55 unit, while the 750i comes with the new N63 version with 450 hp.

The 7 Series LCI goes on sale this summer and will compete for the market against the Audi A8 and Mercedes-Benz S-Class. 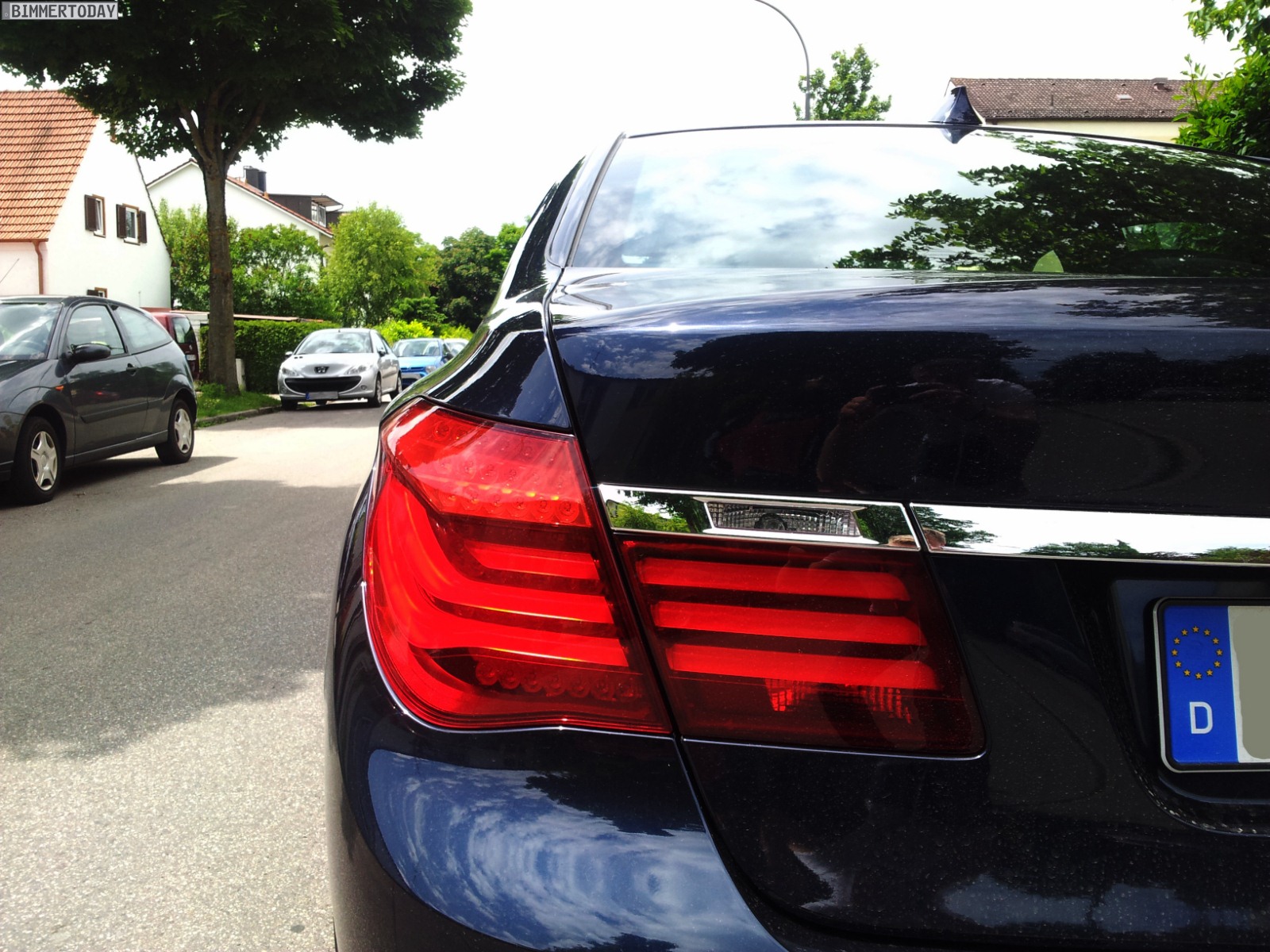 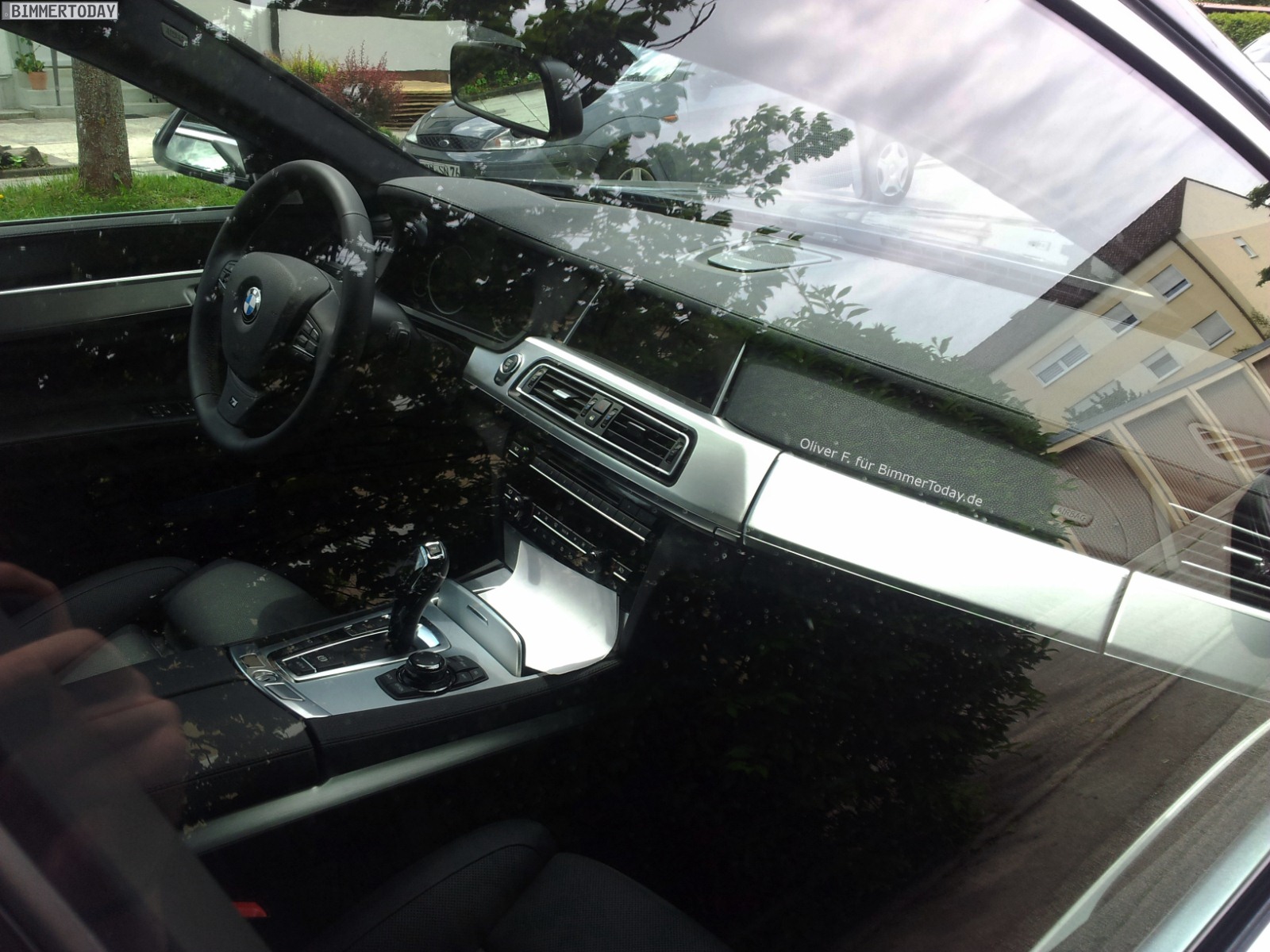 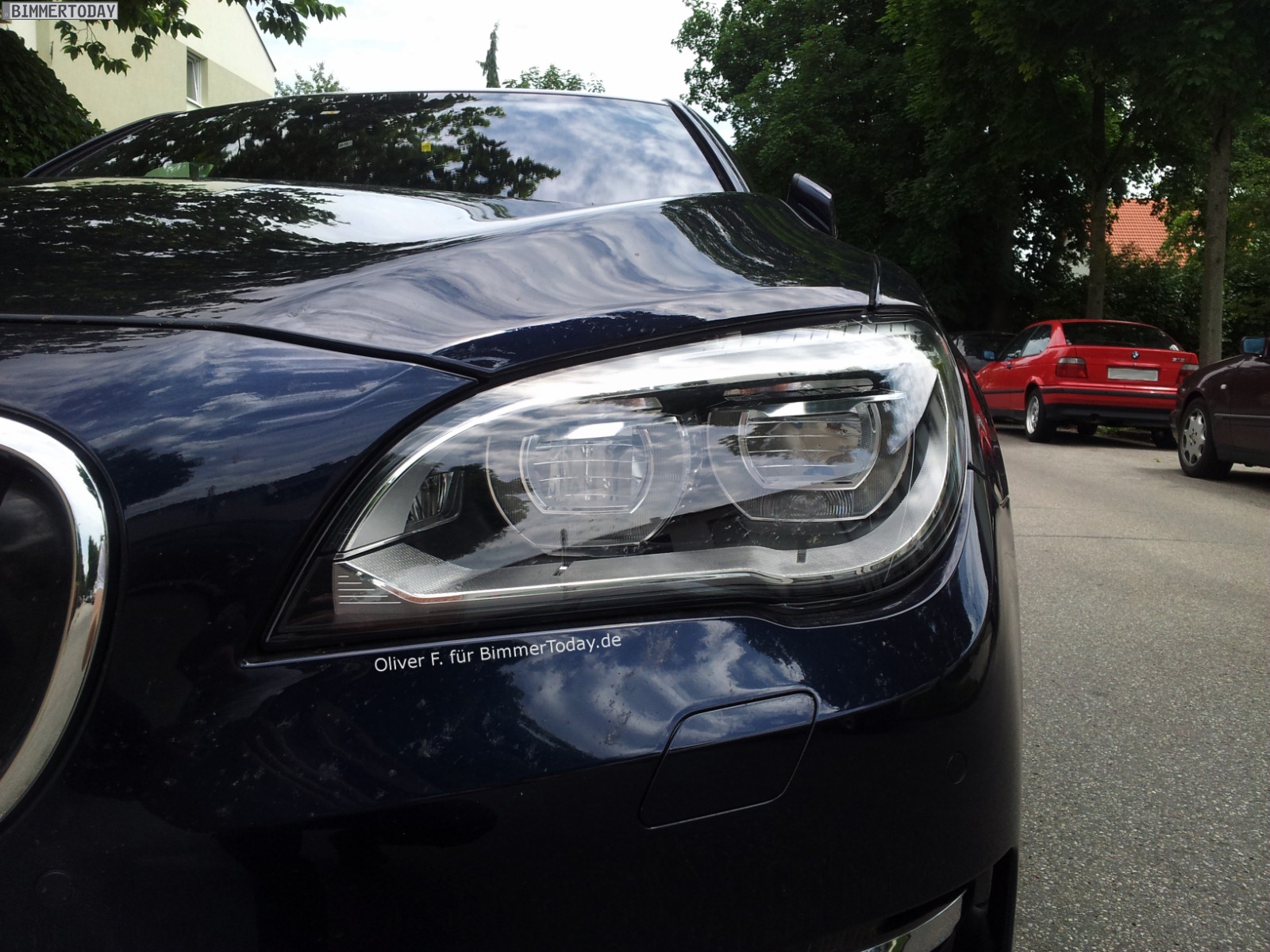 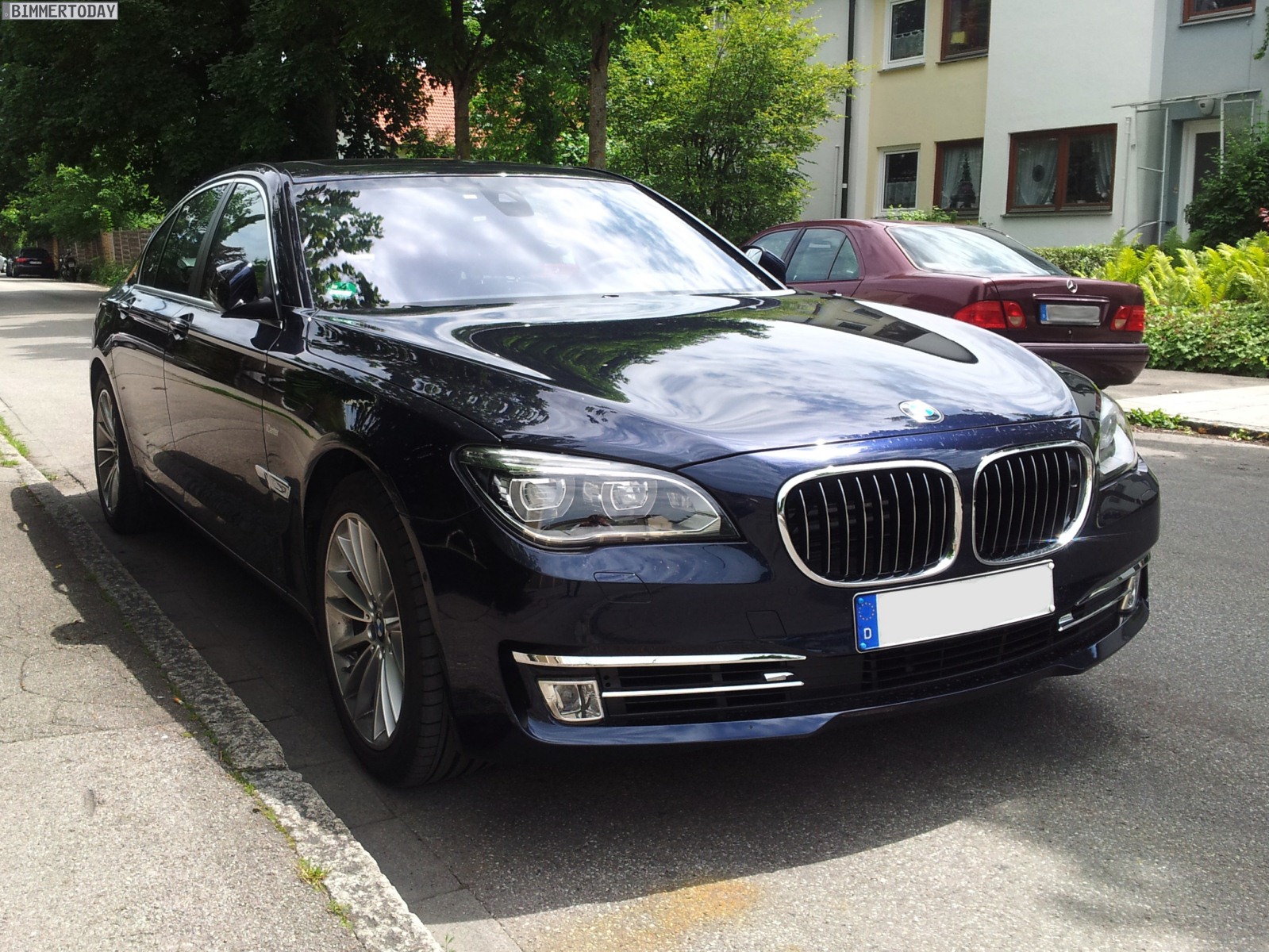 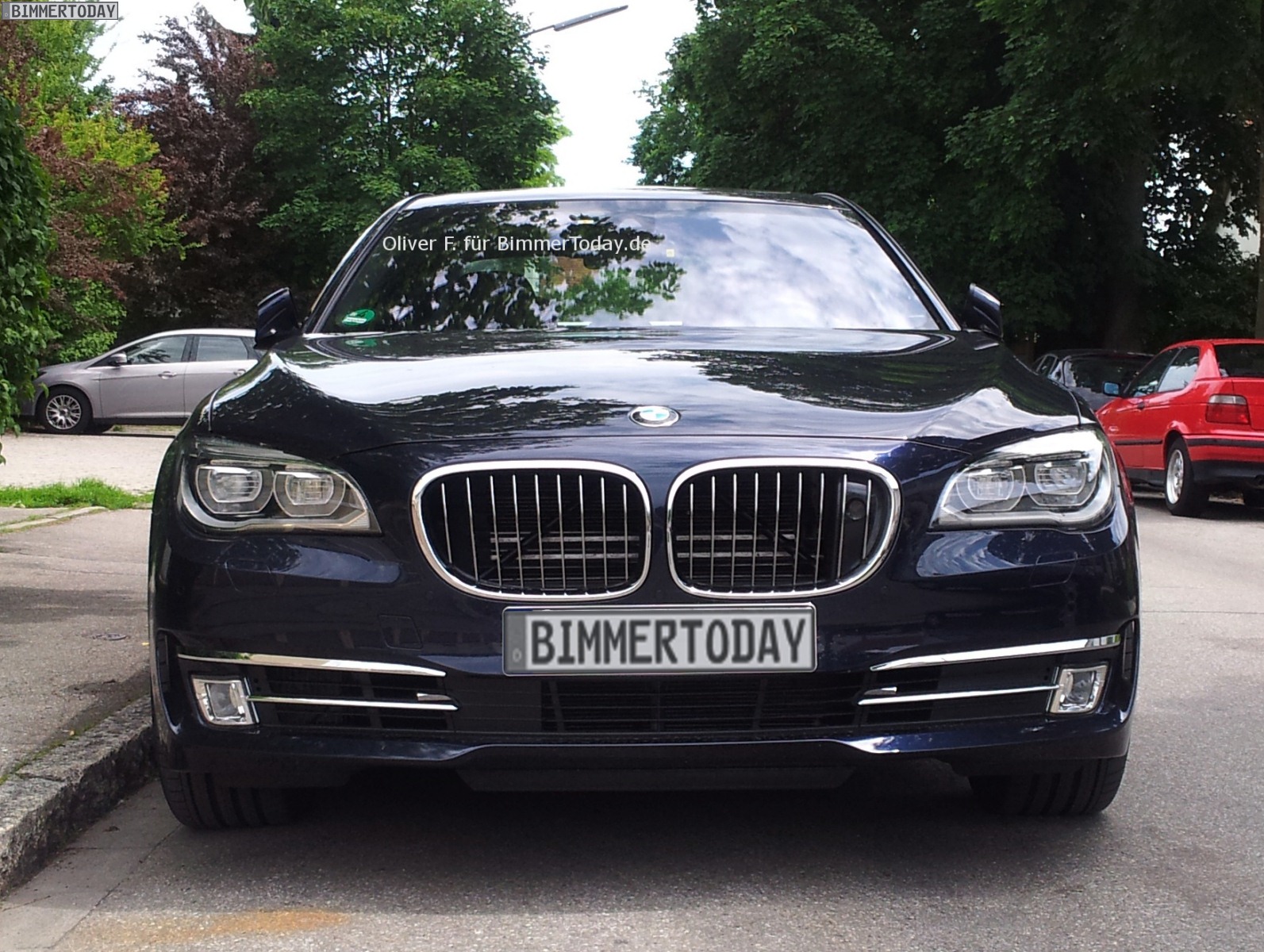