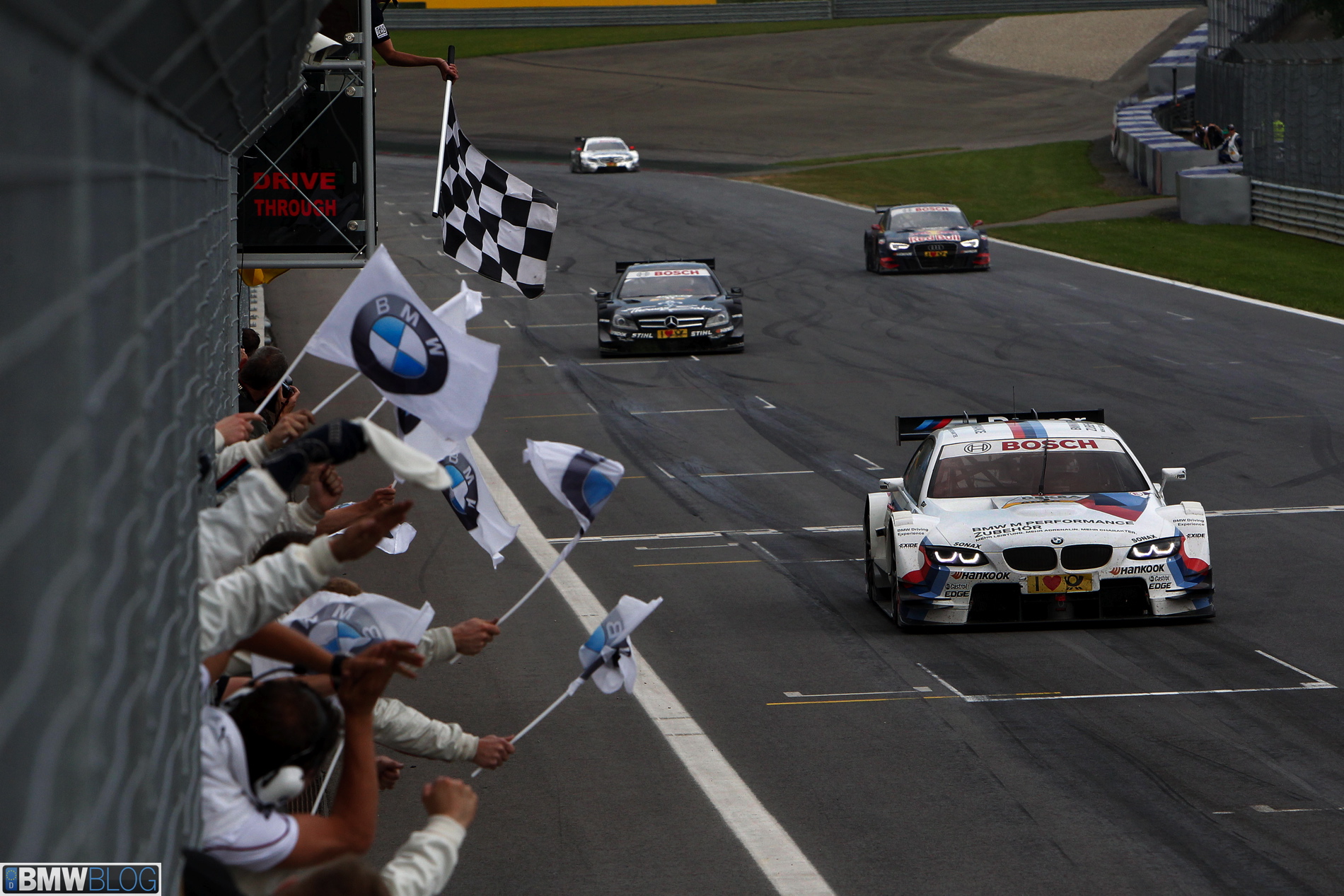 Thrilling duels, excitement right down to the final lap, and another podium for BMW: the fourth DTM race of the year was a thriller. Martin Tomczyk (DE) of BMW Team RMG crossed the line in Spielberg (AT) in second place. Driving the BMW M Performance Parts M3 DTM, the German finished just a second behind Audi driver Edoardo Mortara (IT), who achieved his first win in the DTM.

This was BMW’s fourth podium finish of the season, while BMW Team RMG made its debut on the podium. Tomczyk’s team-mate Joey Hand (US), at the wheel of the SAMSUNG BMW M3 DTM, finished ninth to score his first DTM points. Augusto Farfus (BR, Castrol EDGE BMW M3 DTM) also added another point to his tally, ending the race in tenth. 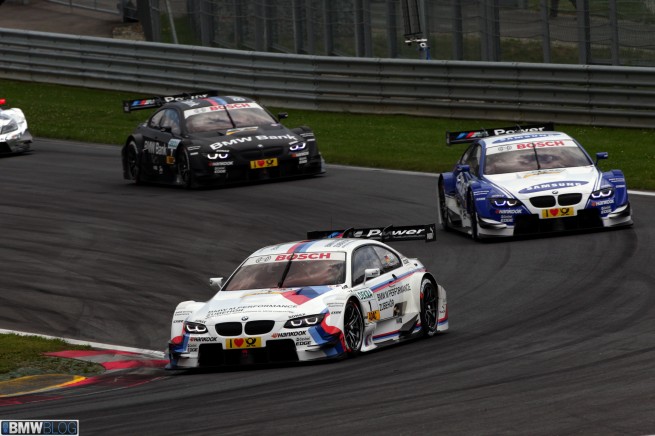 In contrast, the remaining BMW Motorsport drivers leave Austria empty-handed. Both Andy Priaulx (GB, Crowne Plaza Hotels BMW M3 DTM) and Dirk Werner (DE, E-POSTBRIEF BMW M3 DTM) were involved in incidents shortly after the start of the race, and had to give up early on in the proceedings. Bruno Spengler (CA, BMW Bank M3 DTM) was also hit by a rival on the first lap, resulting in damage to the front of his car. The BMW Team Schnitzer driver was initially able to continue. However, numerous attacks by other drivers meant he was ultimately forced to retire during his second pit stop, while running 11th.

Tomczyk’s second place sees him climb to fifth in the drivers’ standings on 36 points. Spengler remains on 43 points in fourth. Farfus (16), Priaulx (8) and Hand (2) follow in positions nine, 11 and 16. Over the course of the race weekend, 48,500 spectators followed the action in Spielberg.

“The fourth race of the season has once again proven that the 2012 DTM is hard to beat when it comes to excitement. The drivers pulled off a lot of overtaking manoeuvres, including some pretty fierce attacks. I am delighted for BMW Team RMG, who put on an impressive show with both drivers today. Martin Tomczyk claimed his first podium of the year, while Joey hand finished ninth to score his best DTM result. Augusto Farfus also picked up a point in tenth – and all that against a magnificent backdrop. The many Austrian fans created a fantastic atmosphere. The Steiermark region has been a great host, and we are pleased to have the Red Bull Ring on the DTM calendar. We now go into a longer break for the first time this season. That will give everyone the opportunity to take a bit of a breather after the tiring weeks and months they have been through of late. We will recharge our batteries and concentrate fully on preparing for the next highlight at the Norisring. We are already looking forward to our first outing at this circuit since 1992.”

“I am very proud of my whole team. Our crew had done a sensational job. Martin implemented the strategy perfectly and climbed from fourth to second. He showed everyone that he is a true champion today. Second place here is fantastic. We practiced countless pit stops this week to ensure that it would work in today’s race. This effort paid dividends. Joey also put in a great performance. Today is a good day for BMW Team RMG.”

“It has been an eventful weekend. We had a difficult qualifying, but a better race. I think we had a good race pace with Augusto, and especially at the end. He made up a position from the start so we have scored a point. The first pit stop was okay, but at the second one we had a problem with the equipment, so we will have to look into that. For Andy it was another disappointing weekend. We need to give him mileage in this car. He was involved in an accident, which was nothing to do with him. That has stopped him from driving this car, which is important as we need to learn as a team and get as much data as possible. Congratulations to our colleagues from BMW Team RMG and Martin Tomczyk.”

“We are obviously disappointed after that race. Our drivers bid farewell to any chance of a good result on the first lap. Dirk Werner was hit at the start, resulting in damage to the suspension on the rear-left wheel. Bruno Spengler was sandwiched by two of the opposition, as a result of which the front of his car was also damaged. The aerodynamics did not work anymore, so Bruno was forced fight on with blunt weapons. We tried to fix the damage using tape, but it was ultimately a pointless exercise. It is great that BMW Team RMG was able to pull the chestnuts out of the fire for BMW. Congratulations to Martin Tomczyk on his second place.”

“That was a close and exciting race. Even at the start I really had to push hard in order to hold my ground. After that I was able to pull off a few nice overtaking manoeuvres and move into second. The race strategy employed by my BMW Team RMG really bore fruit and our pit stops were simply perfect. They helped me to move up through the field. With a little bit of luck we could even have scored a victory. After the Safety Car phase I had to fight for lap after lap, but it worked out excellently. My team-mate Joey Hand also picked up valuable points for BMW and our team. It was another fantastic weekend at the Red Bull Ring for me. Right from the outset, everything came together perfectly. Long may it last.”

“That was a tough race, but the thing that makes me feel better is that we had a great turnaround and it was a real team effort. In free practice one I was 21st and then the very next morning third! I feel really good in BMW Team RMG as these guys always stick with me. We sort of expected this as I am new to everything. It is not where I want to be, however, as I plan on being a serious contender soon and I think we have really turned a corner this weekend. We had both our cars in the points and that is a great improvement for our new team.”

“Unfortunately again the result doesn’t show the true potential of our package. We had a problem with my second stop when the equipment wouldn’t work properly to let the car down. We have to be strong at this point to learn our lessons from this weekend. I think the lesson has been positive again and I had a good race car. I am not worried about the overall performance as I am sure it will come soon. Of course it is disappointing, because we know what we are capable of. I have to congratulate the team, as we managed to improve the car a lot, especially from the warm up to the race.”

“I have to erase this race from my memory quickly. I was hit hard in the second corner and was pushed into another car. That damaged the front of my car, meaning I was no longer able to push myself to the limit. I kept falling further and further back through the field, until it eventually made no point in continuing towards the end of the race. This result is a great shame for the team, which has worked hard. I will now turn my attention to the Norisring.”

“I am very disappointed. Starting from ninth, I was determined to pick up points here today. Unfortunately the collision just after the start soon undid all my hopes. I was hit on my rear left and could do nothing more than return to the garage. Despite that, I will take a lot of positives out of the weekend in Spielberg. Our pace was good, so I can move on to the Norisring with a new sense of self-confidence.”

“The start was okay, but I had a very good first two corners and was pushing right up into the middle of the field. Then I was involved in someone else’s accident. Unfortunately Christian Vietoris came from the grass, flat out on the power and hit me. I don’t know how that happened, maybe he was nudged, but certainly there is less grip on the grass than on the track! It was a crazy first lap and sadly I came off worst this weekend. I need to be positive, keep pushing and I certainly want to do more races as so far I have only completed two.” 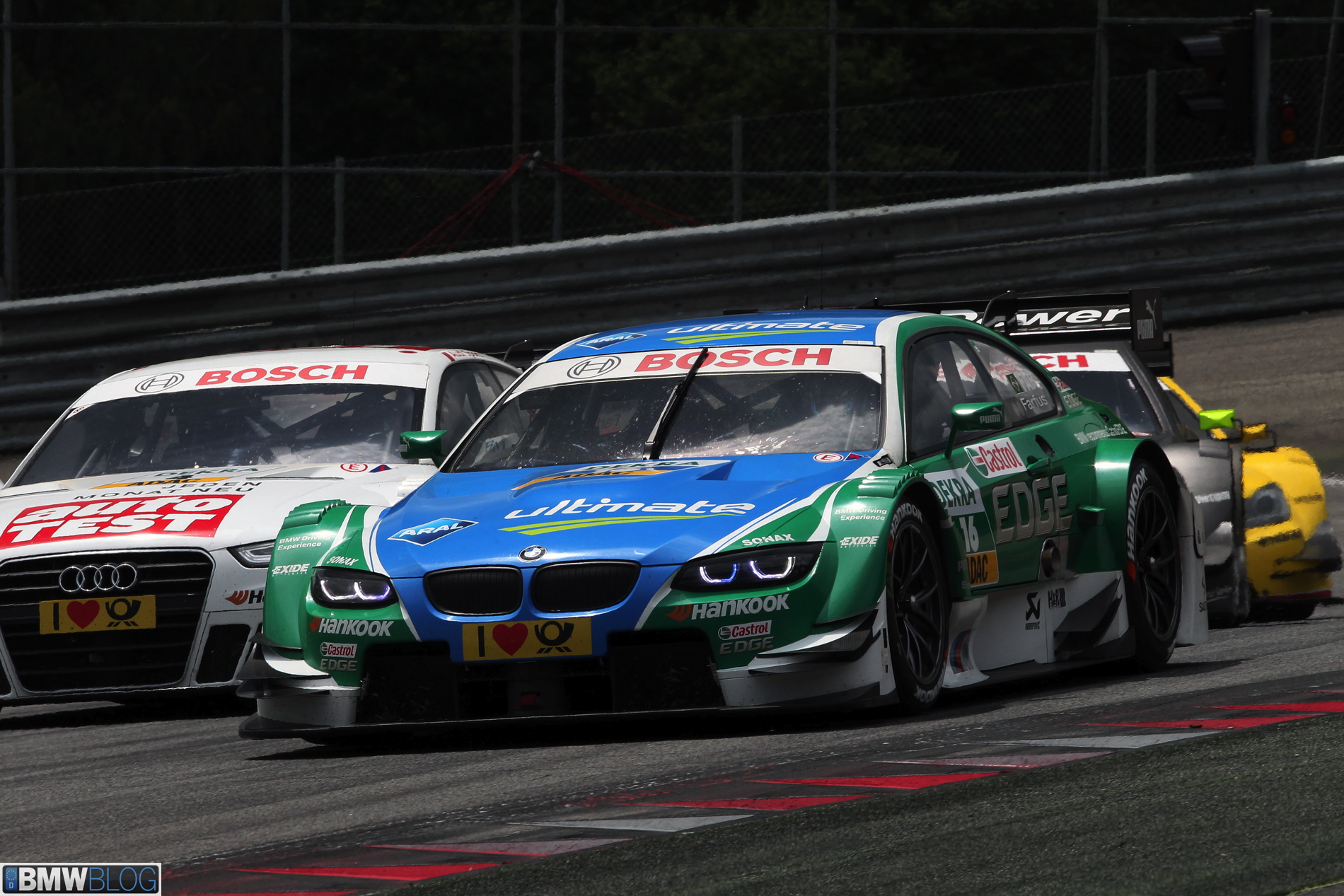 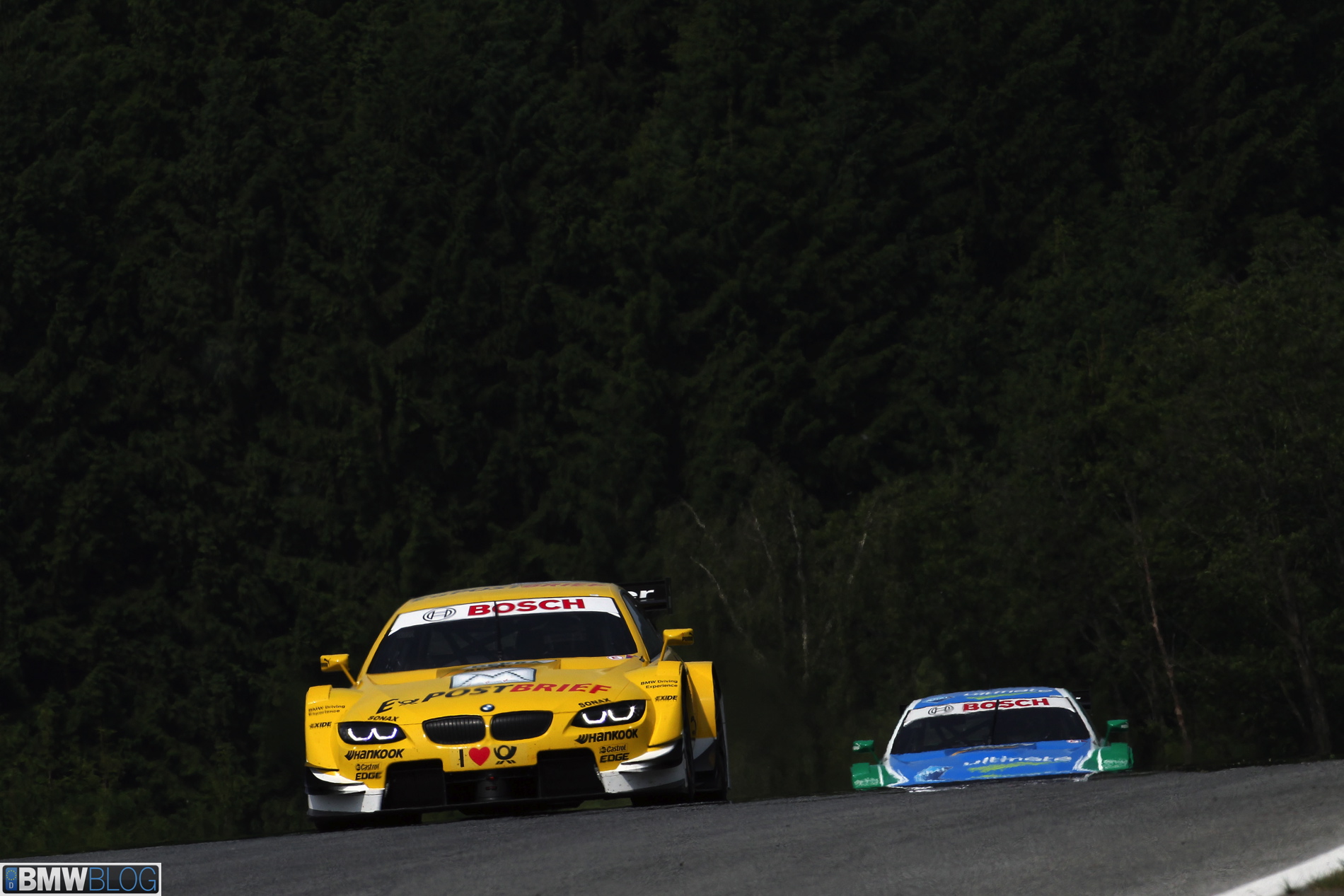 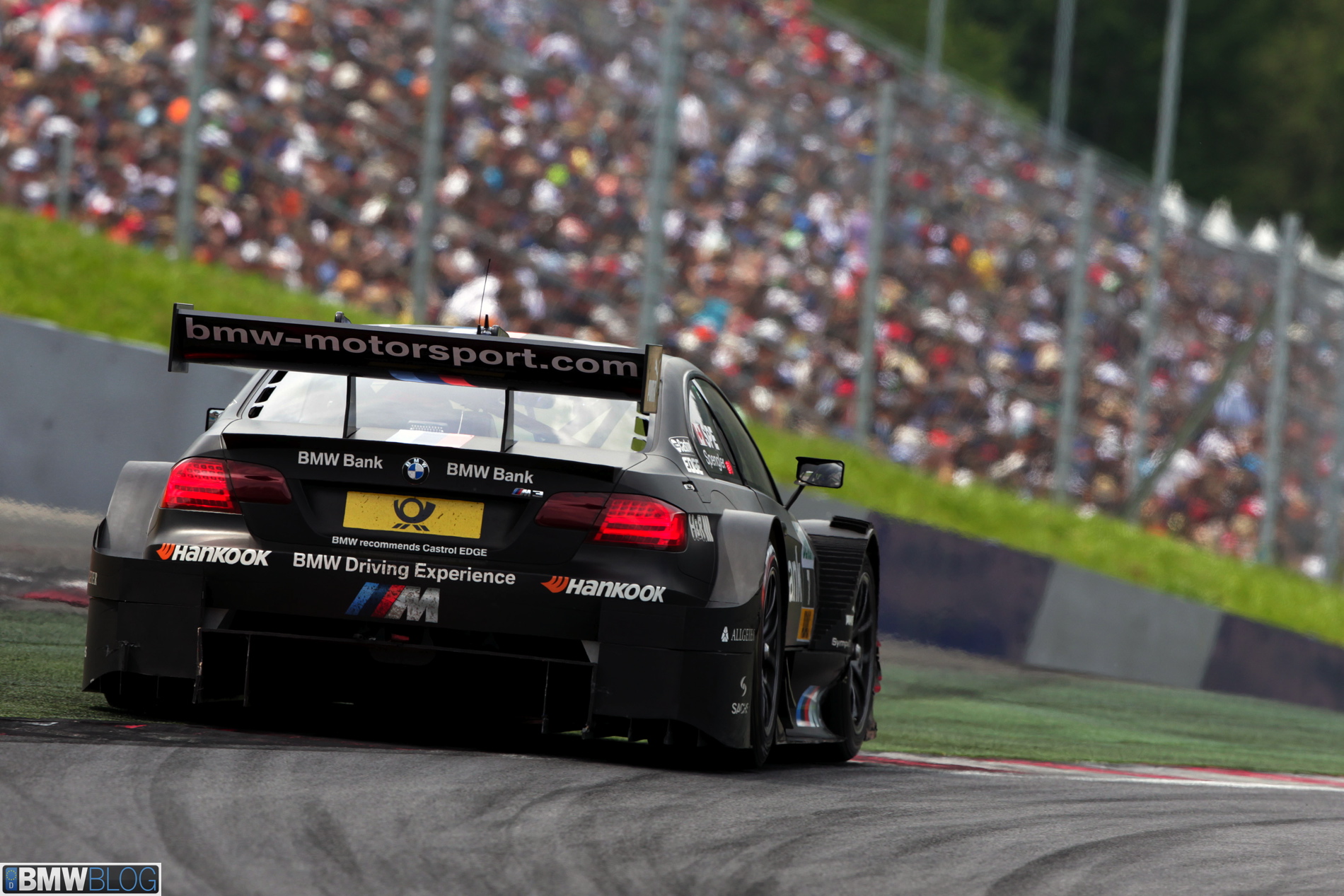 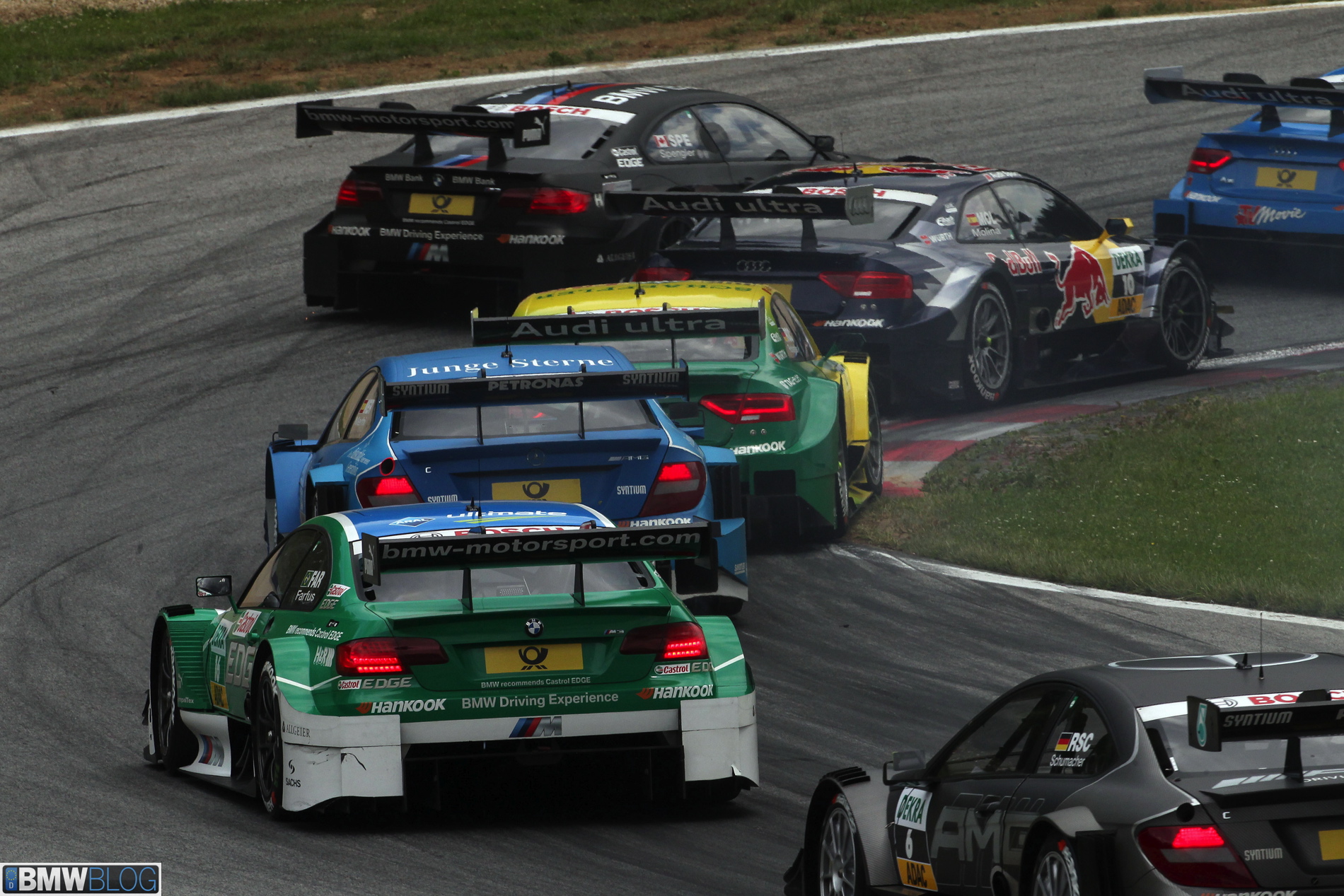 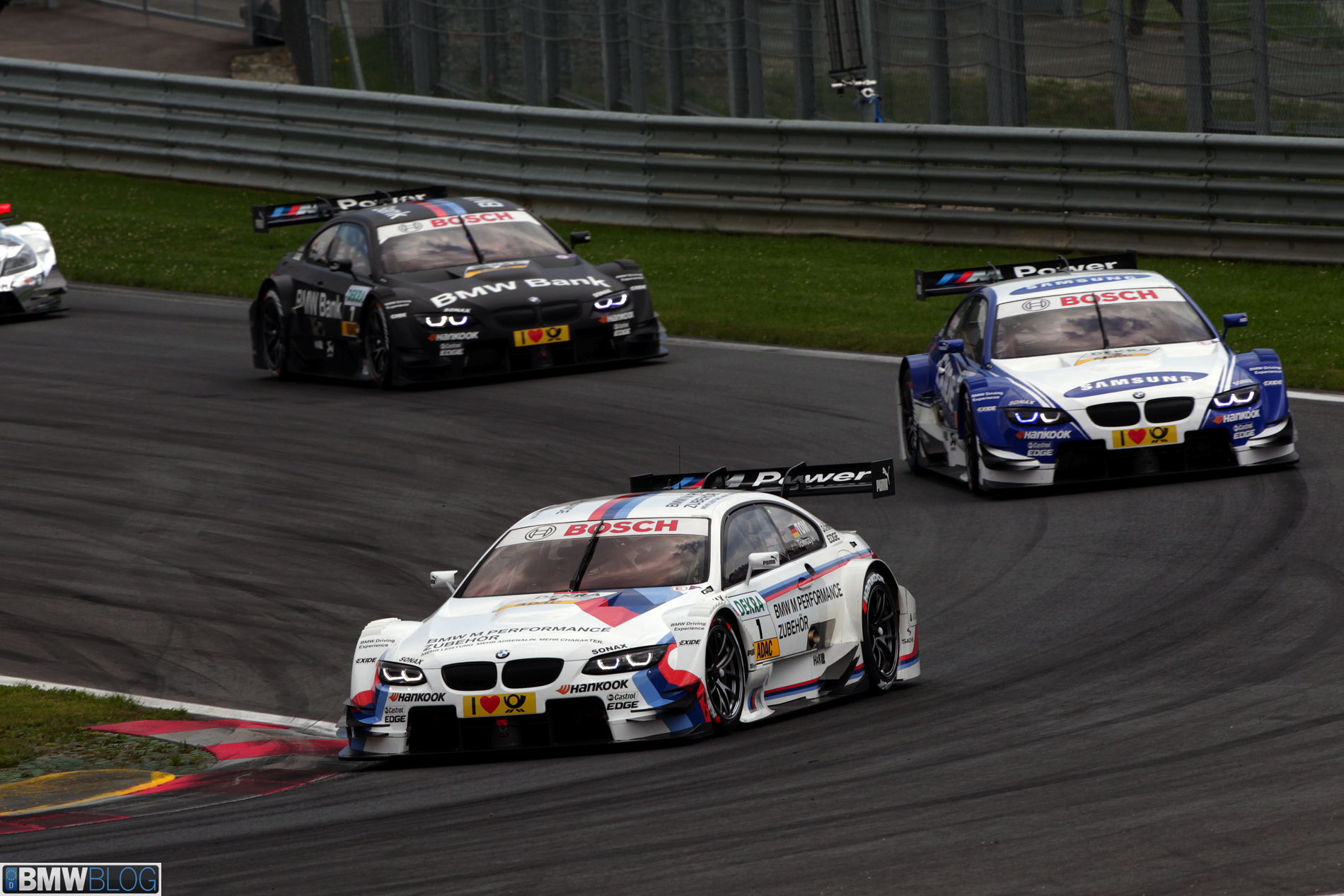 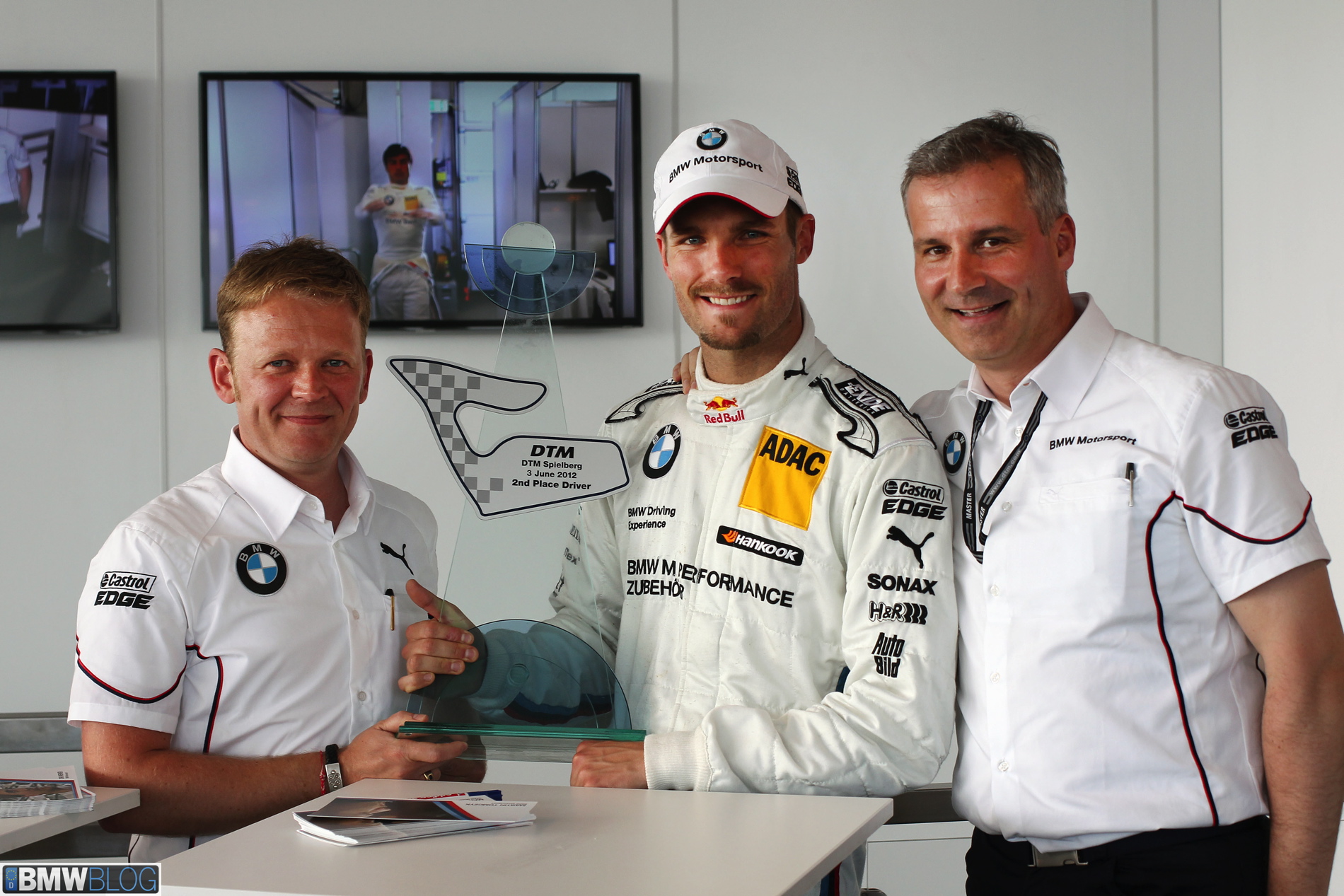 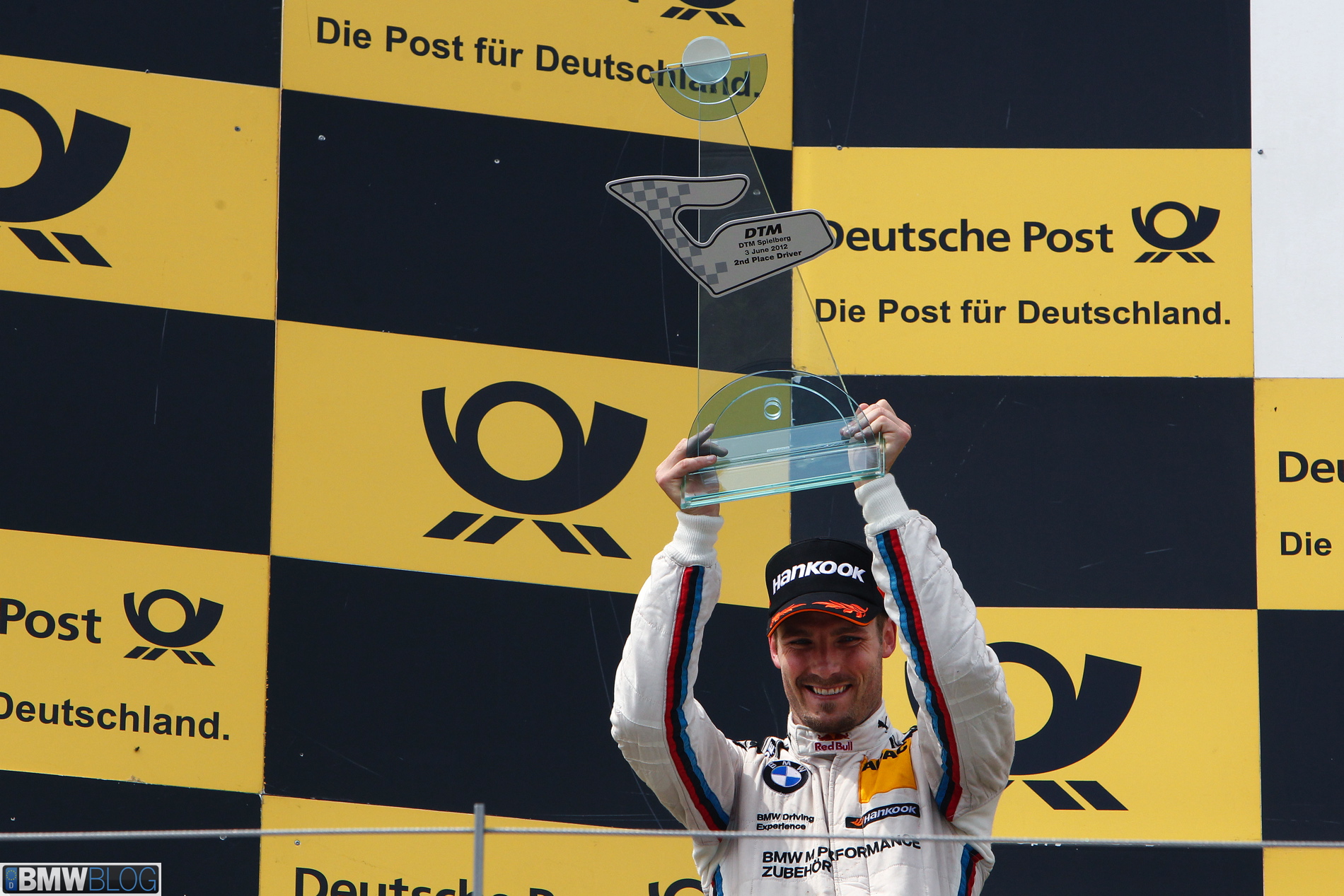