Four BMW Z4 GT3s in the top ten at the Nurburgring 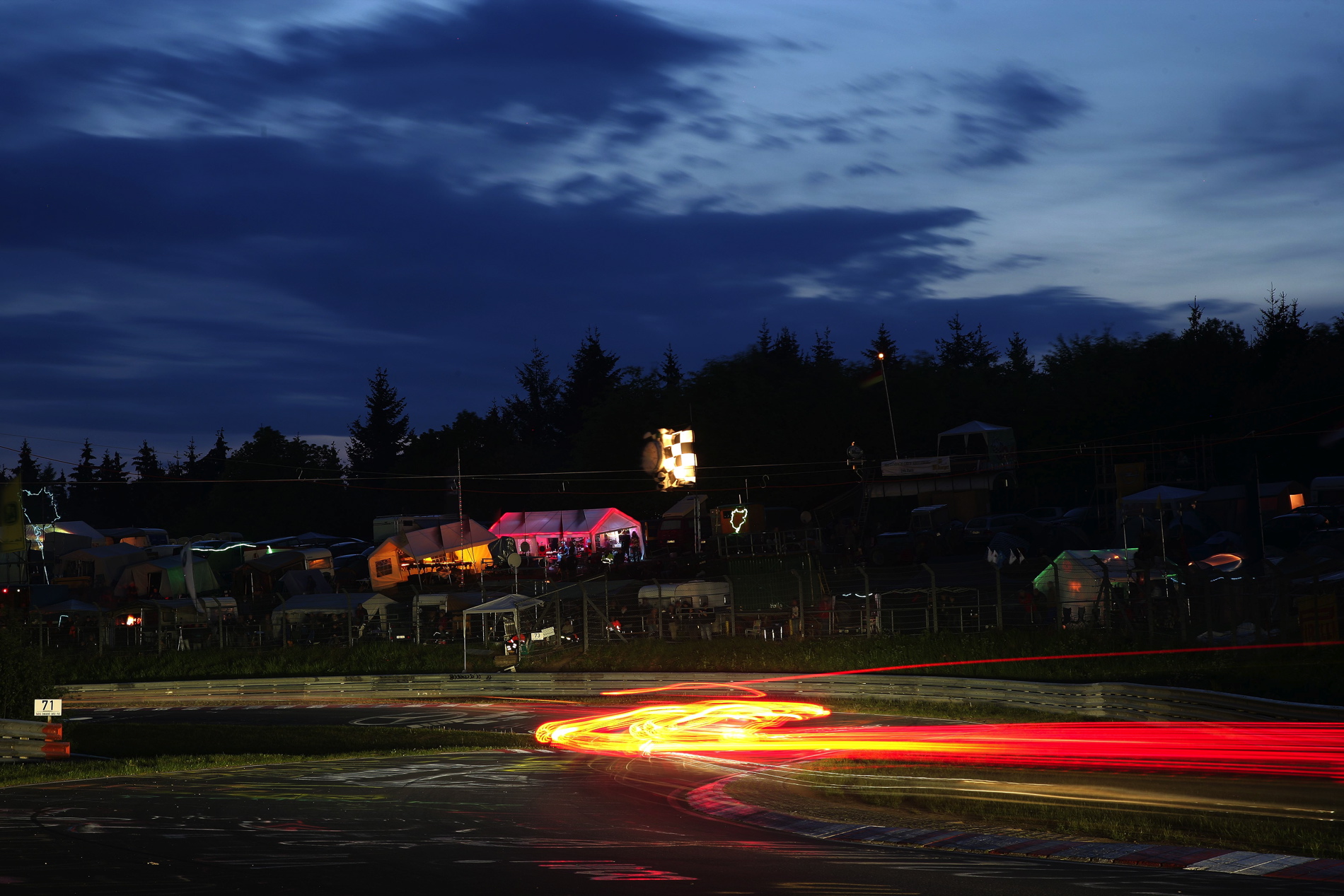 The 40th staging of the 24-hour race gave the Nürburgring-Nordschleife (DE) another opportunity to prove just why it is regarded as the toughest circuit in the world. And it didn’t disappoint. The best-placed BMW Z4 GT3 was car number 29, with Bas Leinders (BE), Markus Palttala (FI) and Maxime Martin (BE) at the wheel, which crossed the finish line in fourth – a successful debut at the marathon in the “Green Hell” for the private Belgian team Marc VDS Racing.

Unscheduled pit stops denied BMW the podium finish it looked like getting for long periods of the race. The works-supported teams – BMW Team Schubert and BMW Team Vita4One – showed fighting spirit at the endurance classic, but were hit by several set-backs. Victory in a thrilling race went to Audi Sport Team Phoenix. 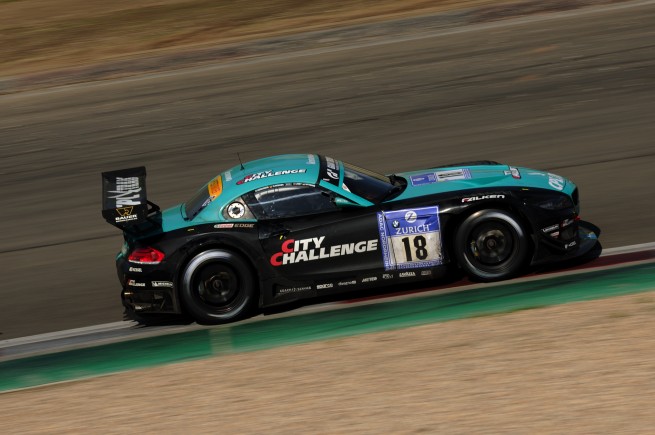 The BMW Z4 GT3 had emphatically demonstrated its potential in qualifying and the first half of the race. Uwe Alzen (DE) had put car number 19 on pole position and, together with Jörg Müller (DE) and Dirk Müller (DE), had opened up a commanding lead in the race. At about 03:00hrs, however, the BMW Team Schubert car pulled into the pits with a damaged drivetrain. The resulting 52-minute repair stop cost the team any chance of winning. The three BMW works drivers put aside their disappointment and showed their class, lapping in by far the fastest times and climbing back up to a very creditable seventh place. 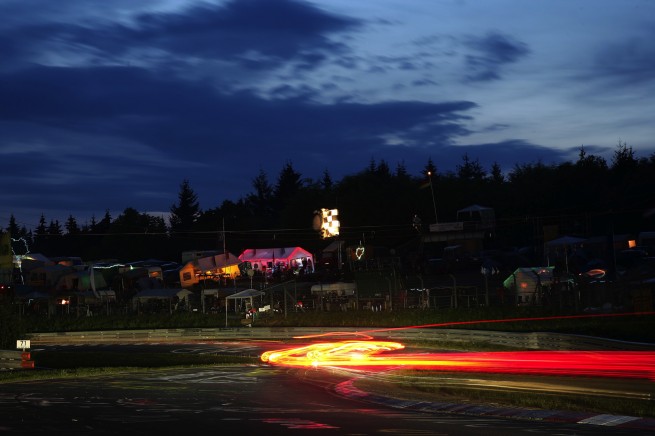 “This year’s 24-hour race at the Nürburgring once again threw up everything the fans love about this endurance classic. It was unbelievably close over the entire distance – and we were in the thick of the action with our BMW Z4 GT3s. We would obviously have liked to have won here on the 40th anniversary of BMW M. Unfortunately the technical problems we had with the two BMW Team Schubert cars meant we were denied this victory. All the BMW teams still deserve a huge compliment. They never gave up and fought bravely. However, you can only win in the Green Hell if you get through the race without any major difficulties. With that in mind, congratulations to Audi. BMW Team Vita4One also did very well on the Nordschleife and made it into the top ten with one of its cars. Marc VDS Racing can be very proud of its fourth place. That was an impressive debut at the 24-hour race. All the other private BMW teams that were once again worthy representatives of our brand can also be proud of themselves.”

Stefan Wendl (Team Principal BMW Team Schubert):
“We are proud of our performance and proud that we were able to put on a show like this. We worked perfectly together as a brand, as a team, and as drivers. Unfortunately we just didn’t have luck on our side. The race was phenomenally close – from free practice to the 20th lap of the race, when there were still four manufacturers within one lap of each other. The team that ultimately climbed onto the top step of the podium worked hard for this victory and fully deserved it. BMW Team Schubert would like to congratulate them. We will do everything in our power to take revenge next year.” 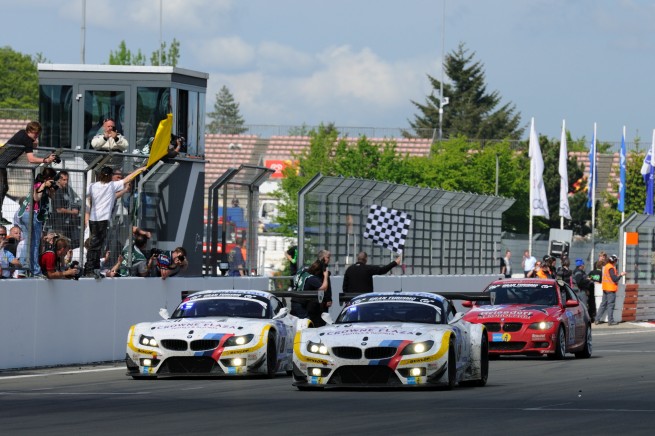 Michael Bartels (Team Principal BMW Team Vita4One):
“Unfortunately we did not achieve what we had all hoped for: the 20th victory for BMW on the Nordschleife. I guess we’ll have to wait until next year for that. It was very clear, however, that the performance of the BMW Z4 GT3 was absolutely spot on. We also know what we have to improve for the challenges ahead, particularly the 24-hour race in Spa. I witnessed a strong team performance here, right from the first day. The teams really put themselves on the line and the guys from BMW Motorsport were there to support us whenever we needed them. That gives me confidence for the coming races.”

Bas Leinders (Team Principal and driver for Marc VDS Racing Team):
“We took a very steady approach to this race and then put everything into it at the end. We only had a few minor problems, which the team dealt with brilliantly. We stayed calm for 24 hours and did a fantastic job. As a private team making its debut here, fourth place is just wonderful.”

Jörg Müller (BMW Team Schubert, car number 19):
“We started the 24-hour race with a perfect package. The team, the car, the Dunlop tyres, the driver line-ups – we were perfectly prepared. It is no coincidence that BMW Team Schubert was seen as one of the favourites here, and the team showed just how strong it is. Despite this, I am a bit sad: under these circumstances we surely deserved to have a bit more luck. It was not to be this time, but we will be back.”

Uwe Alzen (BMW Team Schubert, car number 19):
“With a little more luck I am certain we would have been in contention right up to the end. I would like to pay a huge compliment to the organisers. The ‘balance of performance’ worked perfectly. At times the race was closer than it has ever been. It should stay that way. It cannot be any better.”

Claudia Hürtgen (BMW Team Schubert, car number 20):
“We were challenging for a podium until the 20th hour of the race. It was great fun driving and the team spirit was excellent – and yet it was still not to be our day. I am obviously disappointed. I am pleased for BMW Team Schubert, however. We were perfectly prepared, fast, and had a good set-up in the race.”

Nico Bastian (BMW Team Schubert, car number 20):
“A great weekend, but without the happy ending. It was great because the team, all the mechanics and we drivers worked together perfectly. However, we were denied the perfect ending. We must just forget the bad luck we had during the race. For me personally, it was my first time in such a professional environment with works support and a highly motivated team – in at the deep end. The team deserved the win. I learned a lot this weekend.”

Ricardo van der Ende (BMW Team Vita4One, car number 17):
“I am very annoyed with myself. We were going really well in 11th and were the fastest car in the field during the night. As I was overtaking a slower car it first moved left and then right. I ended up with two wheels on the grass, could not hold the car and crashed. I hope I get another chance next year, as the team, car and race are fantastic.”

Pedro Lamy (BMW Team Vita4One, car number 17/18):
“I spent about the same amount of time in both BMW Z4 GT3s. The number 17 car’s crash was a real shame, as we had not had any problems up to that point and were very quick. We could have ended up on the podium here. Car number 18 had a few problems, but that happens. That is why this race is so difficult to win.”

Jens Klingmann (BMW Team Vita4One, car number 18):
“It was the first big 24-hour race for our team. The speed was very good. Towards the end we had oil on the clutch and could only drive in third and fourth gears. We can be happy that we still managed to put the car in the top ten, despite this. I think the BMW Z4 GT3, the team and BMW deserved the victory. That has to be our goal for next year, and is what we will now be working towards.”

Richard Göransson (BMW Team Vita4One, car number 18):
“When you see the times and intervals in qualifying and the race, you have to say that this race was of the very highest standard – and we were always in the thick of it with our BMW Z4 GT3. Unfortunately we were unlucky this time, but that is how it goes here at the Nürburgring: it is and will always be a very special challenge.”

Markus Palttala (Marc VDS Racing Team, car number 29):
“We came here to gain experience at this magnificent race. We have been together as a team for one year and have competed at a lot of endurance races, but the Nürburgring is special. When it comes down to it, however, we are still racing drivers and are a bit disappointed that we just missed out on a podium. Obviously fourth place as a newcomer is a fantastic result. I would like to thank my team, which worked extremely hard.”

Maxime Martin (Marc VDS Racing Team, car number 29):
“It is a fantastic feeling to cross the finish line here in fourth place. You cannot compare this race to anything else, and to finish in the top five at the first attempt is a magnificent effort from our team. We actually came here to learn – and now we leave having achieved a great result.” 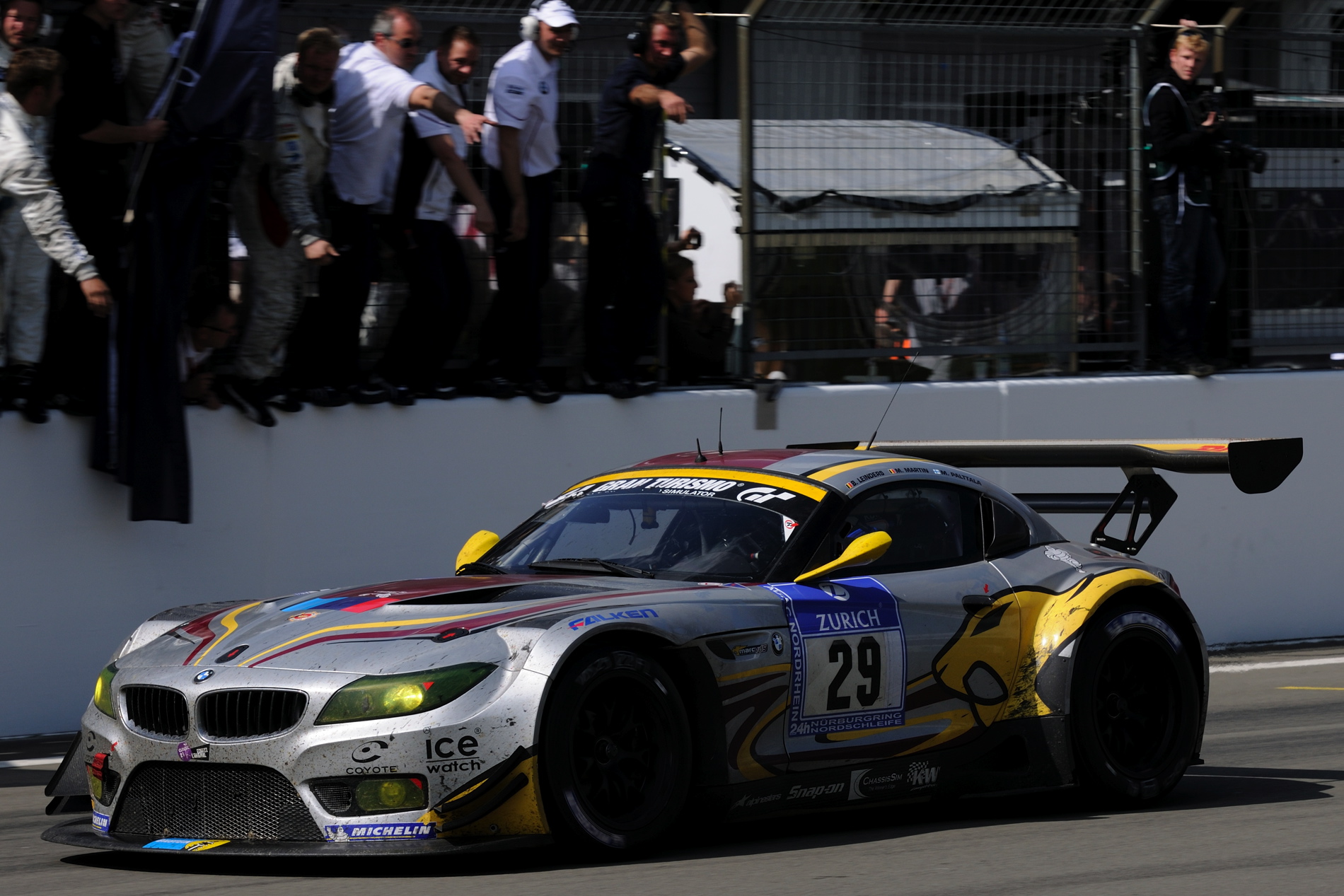 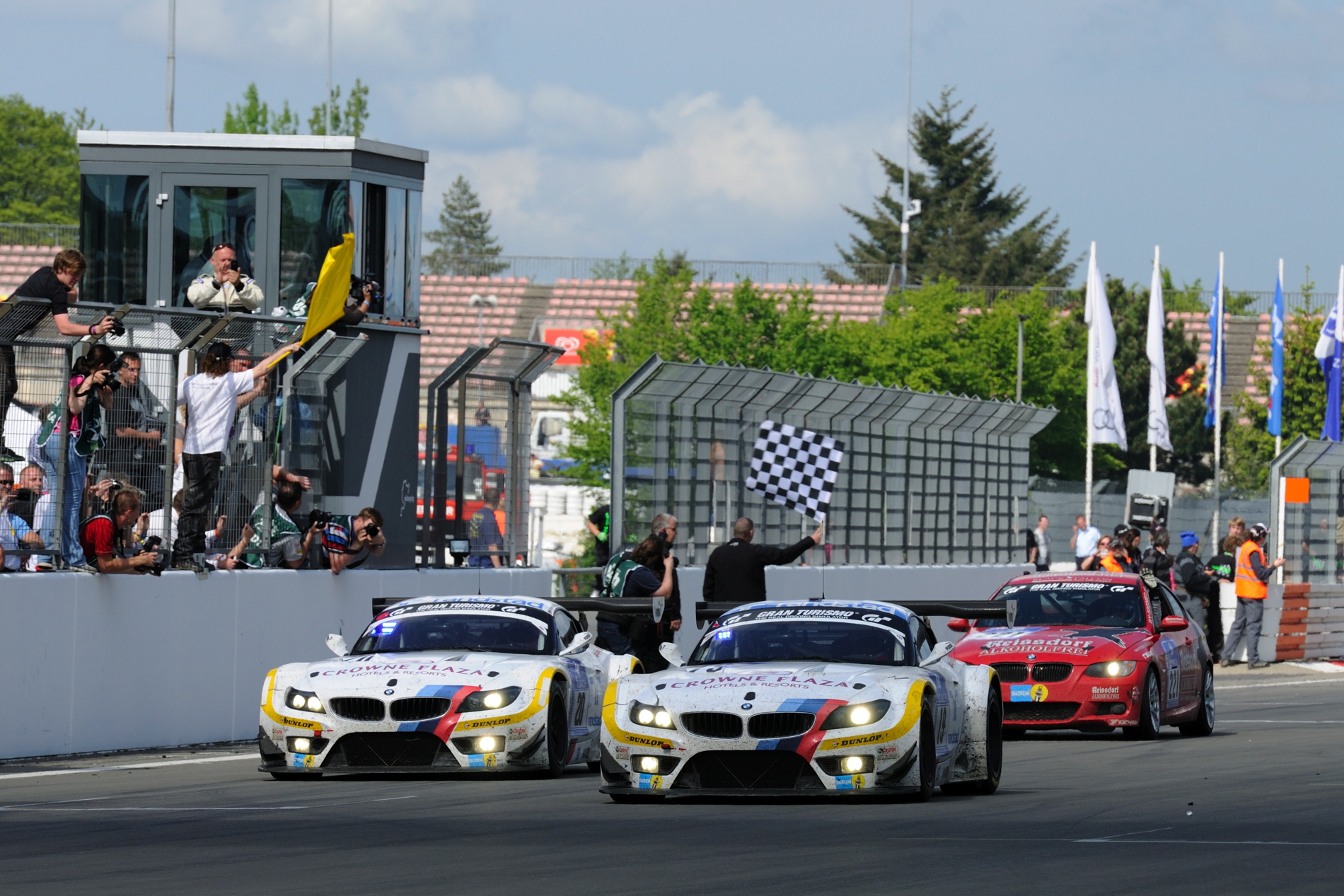 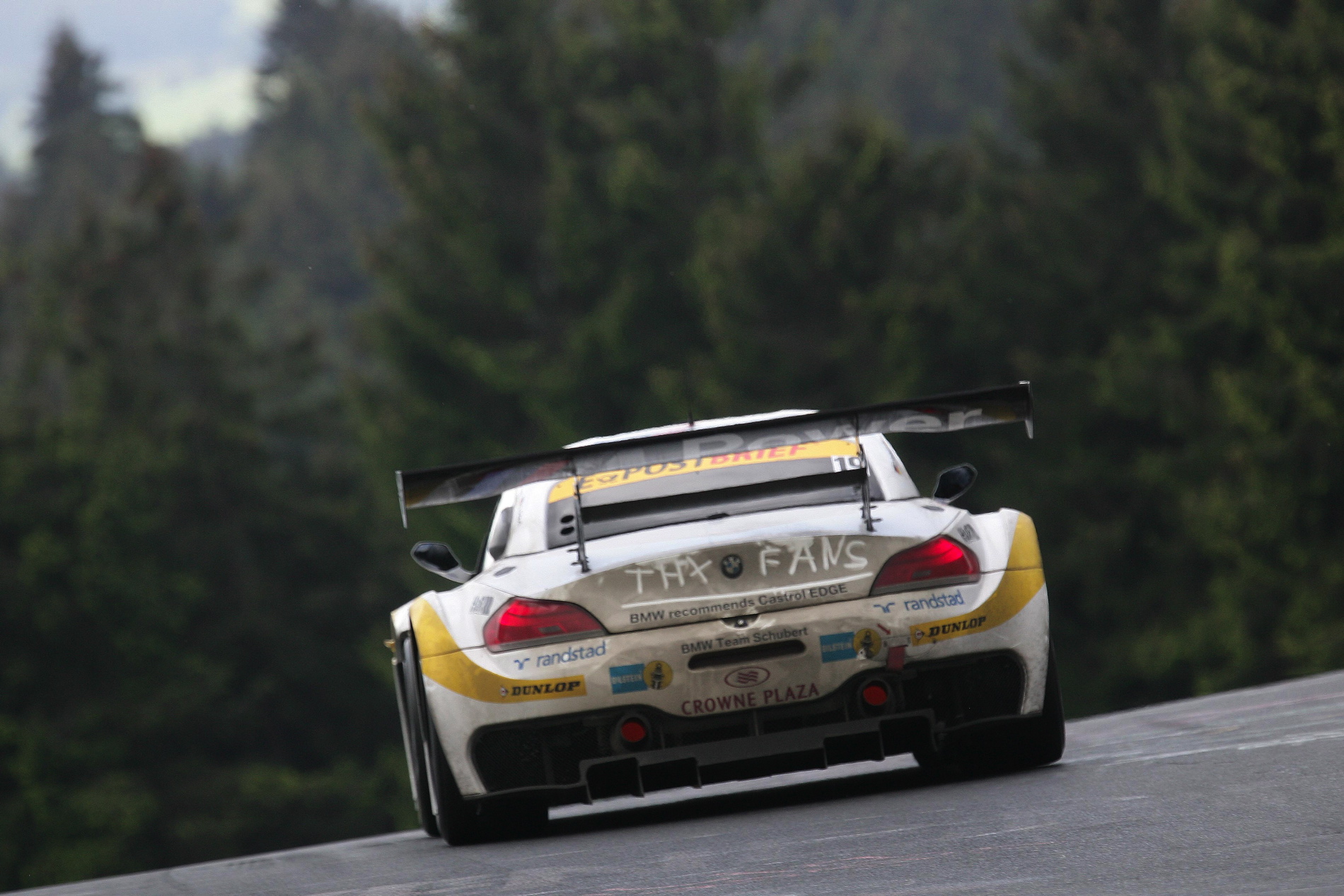 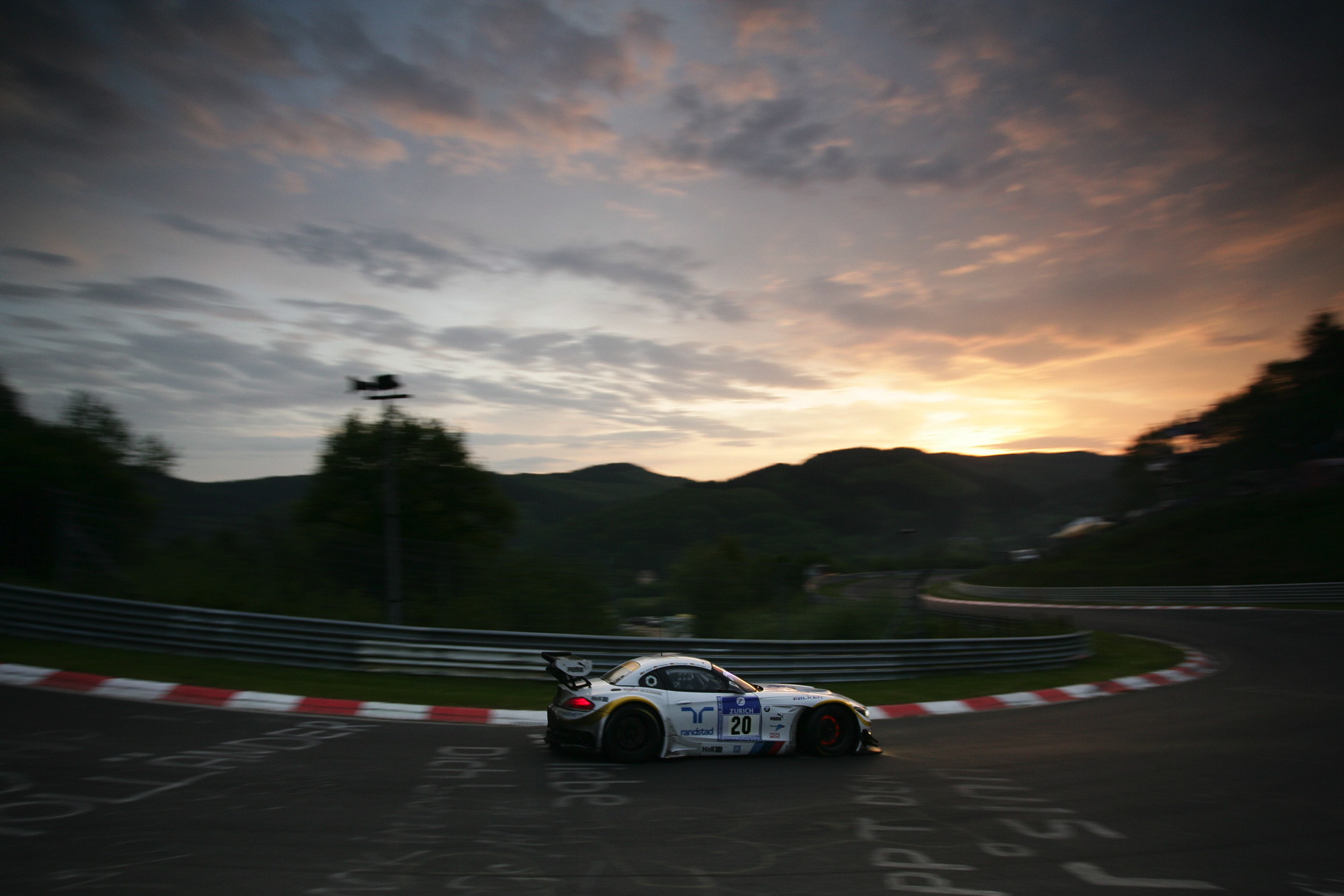