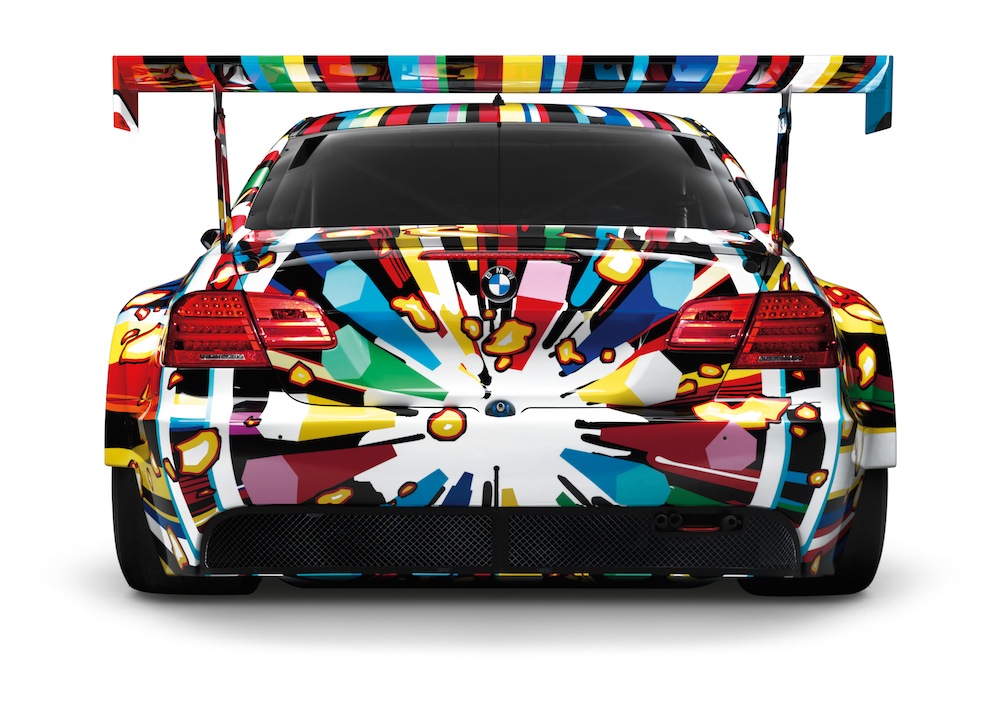 Power, motion, and light inspired American artist Jeff Koons as he worked on the legendary BMW M3 GT2. Bearing his unmistakable style, the entire body of the artwork is adorned with vivid, streamlined colors against a black background, giving the viewer an impression of motion and speed from every angle.

But the BMW M3 GT2 Art Car Jeff Koons doesn’t just dazzle on the racetrack, it also exudes dynamism at a scale of 1:18 in its limited-edition miniature version. The metal model is a full-detail reproduction of the original vehicle, for which the artist intentionally selected a contrasting silver interior. 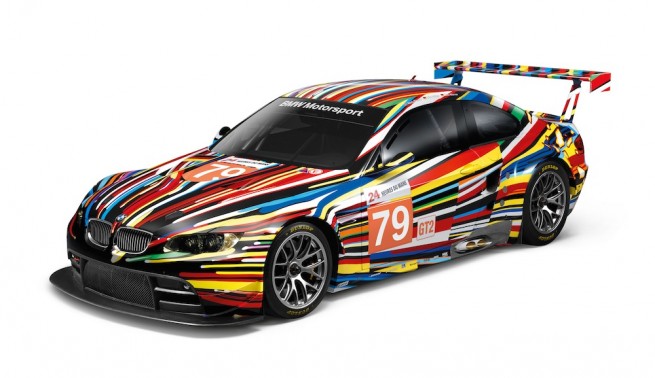 The removable hood allows you to see the engine inside, the trunk can also be opened, and the air ducts are easily visible. The cockpit and the lettering on the wheels look just like those of its big brother, and the steerable front axle and plastic sports seatbelts will delight fans of exclusive automobiles. A clear varnish protects the special, brilliantly colored transfers and will keep this designer piece shining for years to come. The edition is limited to 5,000 miniatures, each of which is supplied in its own display case, appealing to automotive enthusiasts and art lovers alike. 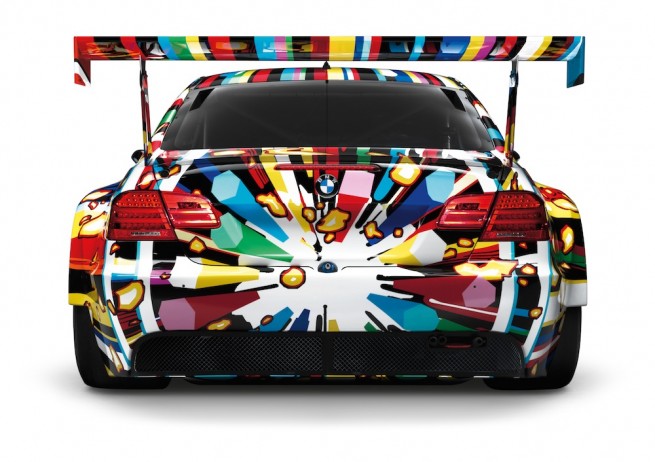 Jeff Koons, who became famous with his stainless-steel balloon animals and massive flower sculptures, corresponded closely with BMW Motorsport and BMW Group Chief Designer Adrian van Hooydonk during 2010, and together with the company’s design and development team he transposed his art onto a real racing vehicle which competed in Le Mans the same year. For the car-loving American artist, the project was a dream come true. “I always thought it would be an honor to design a BMW Art Car,” says Jeff Koons. “I am very happy to join the tradition which was founded by such greats as Calder, Lichtenstein, Stella, and Warhol.” His prolific work with three-dimensional structures predestined Koons to design an Art Car, and by doing so he has continued a decades-long tradition at BMW. 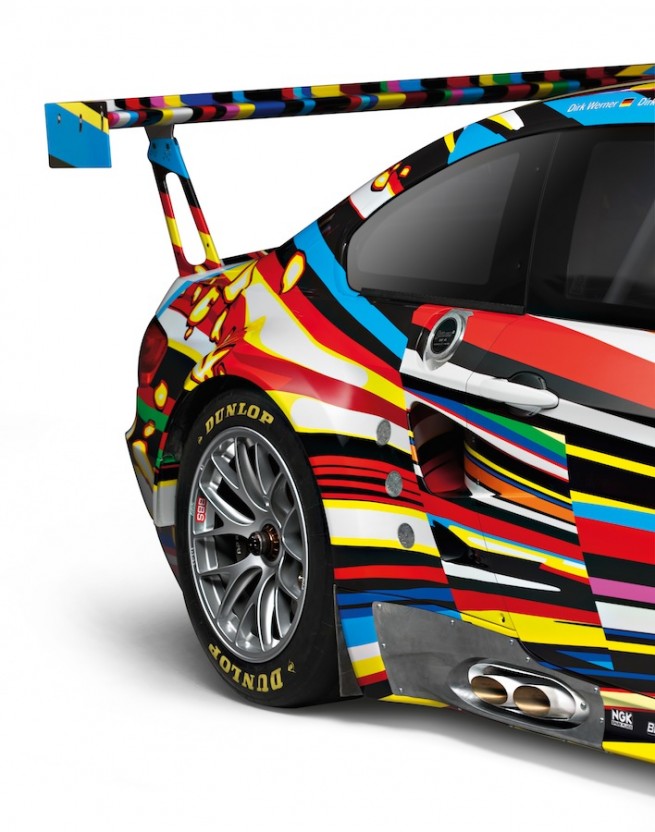 Alexander Calder painted the first BMW in the Art Car Collection in 1975. He was followed by well-known artists such as Frank Stella with his distinctive grid pattern, and pop art icons Roy Lichtenstein, Andy Warhol, and Robert Rauschenberg. The latest predecessors of the Jeff Koons Art Car were designed by David Hockney, Jenny Holzer, and most recently Olafur Eliasson. The latter, a Danish artist, entitled his work “Your mobile expectations: BMW H2R project”, for which he removed the outer shell of a hydrogen-driven prototype and replaced it with a complex skin of steel mesh, shining metal plates, and diverse layers of ice.

The BMW Art Cars, of which there are now no fewer than 17, reflect the cultural and historical development of art, design, and technology.

The BMW M3 GT2 Art Car Jeff Koons at a scale of 1:18 has been available since the beginning of December 2011 from selected BMW dealerships and on the Internet at www.bmw-shop.com.