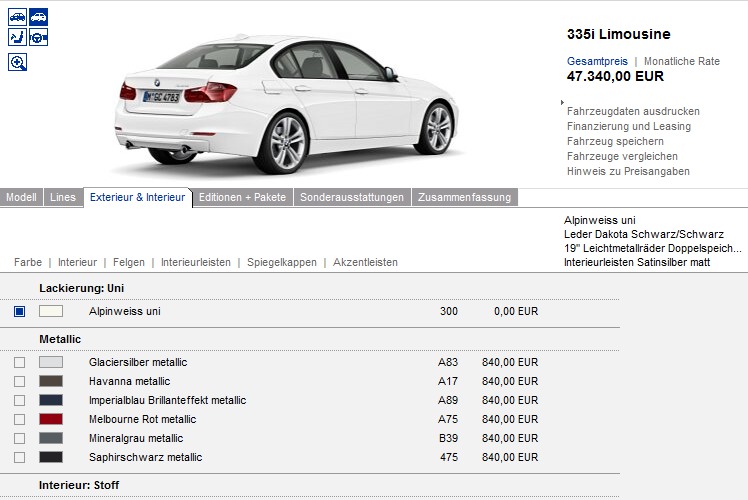 BMW launches the online configurator for the 2012 BMW 3 Series. Now available on BMW.de and BMW.co.uk, the extensive configurator allow us to take a closer look at the packages, options, colors and trims for the new, redesigned 3er.

The three lines are also included on the online portal, Modern, Sport and Luxury, with the M Sport models following shortly.

Last week, BMW announced that it already began producing the new 3 Series Sedan and the first units will be delivered to European customers in the next few months. 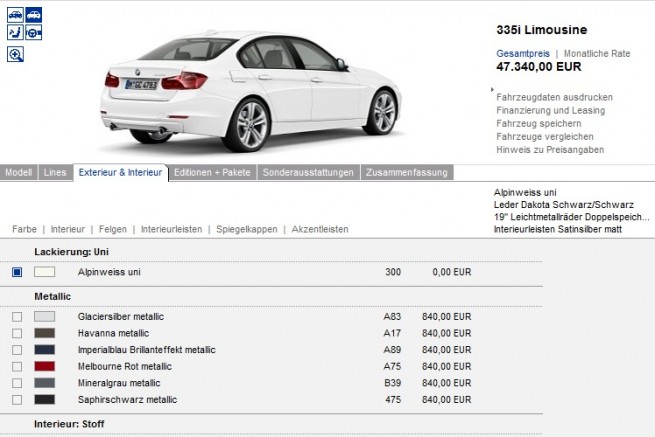 In the US, the F30 3 Series Sedan will make its debut in February 2012, after a world premiere at the Detroit Auto Show in January.

At launch time, BMW will offer a variety of power units, from four-cylinder petrol and diesel engines, to the more powerful six-cylinder turbocharged engines. In Europe, BMW will once again offer the ultra-efficient and environmental-friendly 320d EfficientDynamics.

As announced recently, the top model, 335, will have a base price of 47,340 euros or around 35, 000 British pounds for UK customers. No pricing is yet available for the US market.

If you’re on the market for a new 3 Series, feel free to head over to the the website and virtually configure your ideal model.