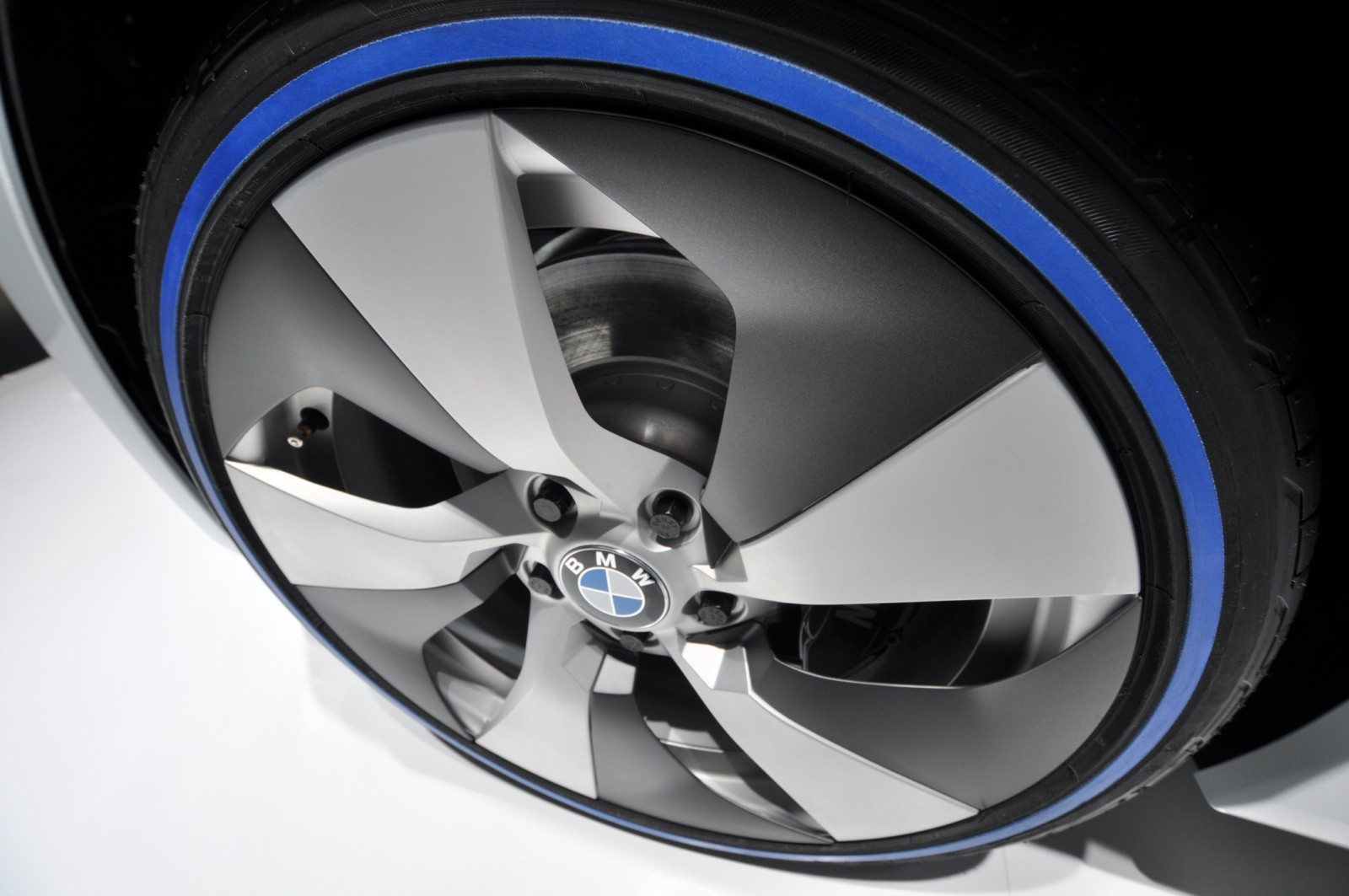 I find this topic electrifying, literally. Given the rich history of M cars powered strictly by internal combustion engines, just the notion of an electric M car is sure to cause sparks. We, as humans, are creatures of habit, and our comfort zone makes us feel warm and fuzzy. Car enthusiasts on the other hand, as a group, are ardently opposed to change. Contrasting with ‘normal’ humans – they are soldiers of the same. They gasp at the unknown and dismiss new ideas before they’re fully heard. There are driving club members I’ve met who insist that the last car BMW should have ever built was the E30. “It’s perfect,” they say, so why move on? “Nothing since 1990 is worth driving,” they’ll tell you.

In truth, the E30 is, arguably, one of if not the single best car ever made. I’ve owned one personally, and although I’ve sold it, the love affair lives on. The second generation 3 series was simply good at everything – fast, economical, reliable, handsome, and playful as a puppy. But let’s be real folks: times, and cars, have changed. Picture yourself in 1989. What kind of sweater were you wearing? Enough said. 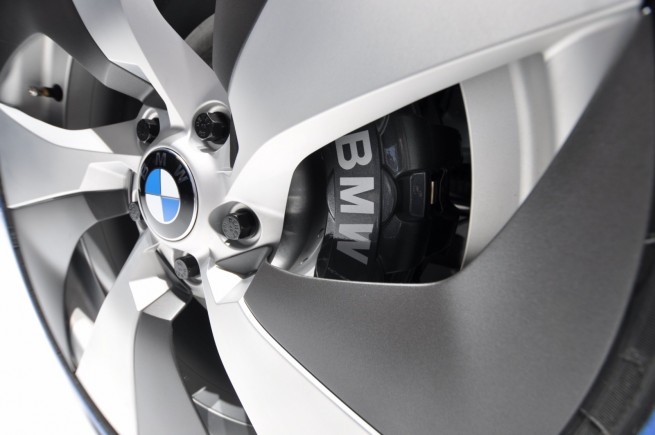 In a recent interview with InsideLine, Albert Biermann, head of product development for BMW M had something very interesting to say. He stated, “Our job is to sell emotion and fun, using the technology that’s socially acceptable at the time. Whether that’s a combustion engine or an electric motor, we don’t care.” A shocking statement, isn’t it? Pun intended.

First of all, it would look futuristic and mean – but much slipperier than current M cars. You see, the cooling demands would be less overall, and managed differently. If you look square on at an X6M you will notice that there is more venting than body work. It is practically a giant vacuum. I recently enjoyed a track day with the X6M, and upon returning to Toronto I was surprised to find an assortment of paper and plastic sucked up and stuck to the radiator. “Yes honey, I’ll go vacuum.” Suddenly that doesn’t sound so bad. The point is, an electric M car would be extremely slippery with minimal frontal area to improve aerodynamics. It would have far fewer air intakes, and they would be located differently, possibly along the sides of the car, so as to feed air to the cooling system utilized to cool the batteries and electric motors. We don’t have an artist’s conception, because I’m not an artist, and I’m quite sure you’d rather be spared the stick man and stick car illustration. But you can envision the changes.

An electric M car would drive well, just not for very far. That’s the inherent problem with electric cars – range anxiety, a clinical term soon to be adopted by the college of physicians and surgeons. But while the juice lasts, hold on tight. The latest and greatest battery tech, likely lithium polymer (see editorial on batt tech) would be used to ‘fuel’ the electric motors. Multiple electric motors, likely powering all four wheels (but preferably powering only the rear!) would turn out massive horsepower figures, along with impressive torque. While the horsepower figures would fall short of current M car numbers – it’s the torque that will make you throw your initial animosity to the wind. Imagine having full torque available to your right foot from 0 rpm. That wasn’t an o, it was a zero. Astonishing. All of you out there who lament the turbocharging of M cars for reasons of throttle response – your delivery is nigh. Nothing you’ve ever driven could match the immediacy of the pedal response in an electric sports car.

We’ve clearly outlined one huge positive factor for electric M cars, but there are more. Consider the placement of weight. Since the motors are mounted extremely low near the drive wheels, and the battery packs essentially form the floor of the car – the center of gravity is exceptionally low. The improved center of gravity would result in improved directional changes and reflexes. Finally, we can look at operational costs which, theoretically, should be lower than pumping high octane fuel by the tank-full. As far as environmental responsibility – the jury is out considering the environmental consequences of producing and recycling the battery packs – but otherwise the car should be quite “green.”

The M division would likely differentiate their electric cars in many ways, as they have traditionally done with their road cars. They would likely maintain 50:50 weight balance, where others would go slightly front or rear-heavy. Traditional styling elements would likely catch your eye, as seen on the new i8 and i3. The control layout from behind the wheel would be uniquely BMW, where everything just falls to hand. Expect it to be slightly conservative, hiding most of its performance credentials. BMW M cars never flex in the mirror – they just perform. 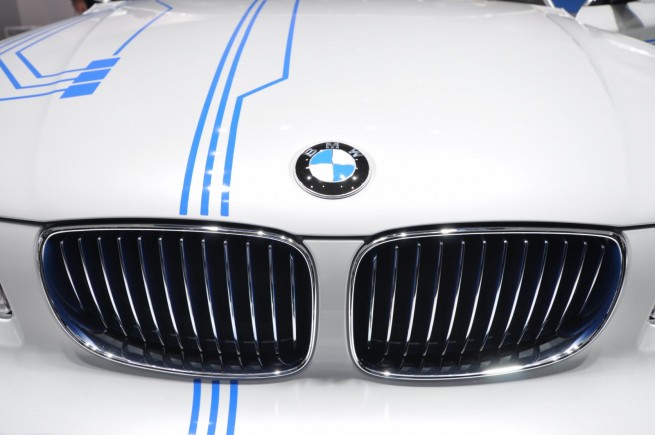 Sound engineering is a hot study right now in the world of automotive design. As cars begin to go electric, a whole new auditory experience awaits drivers. As car enthusiasts, we demand to have our ears tickled. We lust after the raging sound of a purebred sports car, and we’ll expect no less from an electric sports car. I recently met a BMW sound engineer while riding the R51/3 in Munich. He rolled up on his bicycle and wanted to take pictures of the classic motorcycle. We got to talking, and he soon disclosed his role designing the sound of future cars. I knew by the twinkle in his eye that he wasn’t talking about IC engine sounds, and when I dug deeper he slammed the information gates shut. “I would love to tell you everything, because I’m so excited about it – but if I tell you even a little, I will want to keep going!” At least they employed an enthusiast. I personally expect to be enthralled by the auditory experience of an electric M car – because I simply love the high pitched whirr and whine of an electric motor spooling up to full rpm. It sounds reminiscent of a jet turbine winding up – and nothing could sound more sexy or powerful. Perhaps M will amplify the naturally occurring sounds coming off the electric motors? That would be my hope.

I give you the Tesla roadster sport as a prime example of electric motoring fun. Future electric M cars would be far superior, thanks to grassroots design philosophies. Unlike the Tesla which was built upon an existing IC purposed Lotus frame, the E///M would sport a carbon fiber passenger tub, aluminum subframes and suspension components, and lightweight composite body panels. It would offer the explosive acceleration of the Tesla, but with a bit more purpose, performance, and range.

In conclusion, the electrification of the M division is nothing to be afraid of. Buy a mint E30 M3 and a large back-yard tank of gasoline. Hold on to both for glorious nostalgic blasts. But don’t be afraid to park your electric M car beside it. They’ll probably play well together. 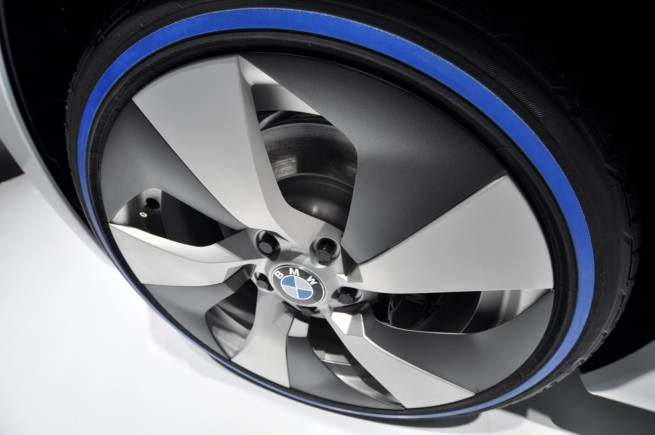 Tell us why or why not in the comment section!