SB LiMotive & BMW EfficientDynamics – A Match Made in Auto Heaven?

BMW is predisposed to develop the very finest, always riding the knife-edge of what is technologically possible for the given time. BMW’s new-found focus on EfficientDynamics is yielding new alliances in the field of green tech, and we’re happy to announce that BMW has found a worthy ally in SB LiMotive.

As the world moves toward a new age of Environmental responsibility and resource conservation, all automakers are scrambling to develop new product lines which adhere to new standards of efficiency and emissions. Well… not all automakers. Since 1990, BMW has been on a crusade of efficiency.

Most notably, they have been winning awards for the impressive gains in fuel economy and reduction of CO2 emissions from their fleet of cars. In the 15 year span from ’90 to 2005, BMW has improved their average fuel economy by a dramatic 14% and reduced CO2 emissions by 12.3%. 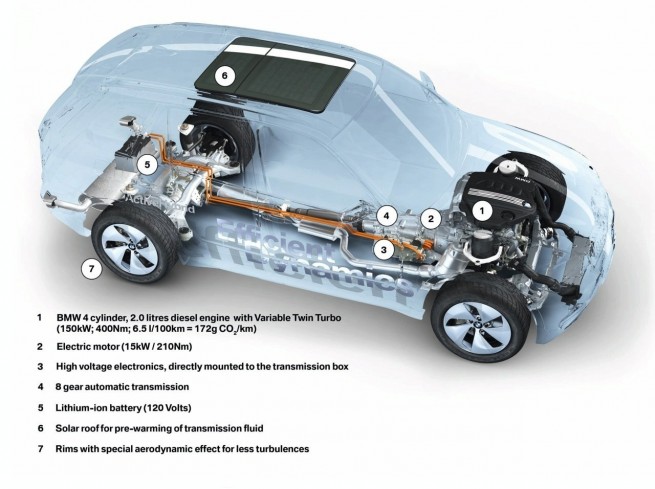 The next greatest reduction by another automaker was only 3%. The remaining 10 automakers included in the study increased their average emissions. The BMW Group was one of only two automakers in the study that reduced its per-vehicle CO2 emission rates.

The non-profit environmental protection agency “Environmental Defense” awarded BMW as the “Car Manufacturer of the Year” for its EfficientDynamics program. The awards’ judges stated, “BMW has demonstrated class leading engineering development to manage down CO2 emissions in the difficult executive fleet segment,” and further added that BMW has established a “benchmark in green solutions” – high praise indeed. Of course the ‘early bird gets the worm’ and BMW is never resting on it’s laurels.

Enter SB LiMotive. My biggest concern fear for BMW’s new hybrid drives was in its batteries. Nickel Metal Hydride batteries are antiquated and do not belong on a BMW. I was very disappointed to learn of their use on current BMW Hybrids such as the new X6 hybrid (though still the most powerful hybrid in the world with 480 hp and 575 lb-ft of torque!). On the positive, it looks like BMW’s partnership with SB LiMotive (a German/Korean company backed by Bosch and Samsung) is yielding awesome results as the Vision Efficient Dynamics concept is powered by Lithium Polymer battery technology – the very latest and greatest in battery tech. 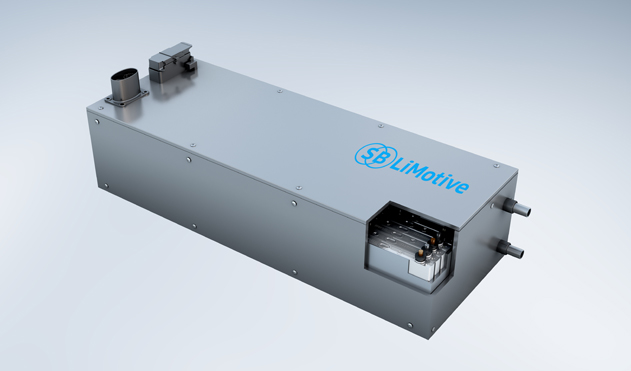 Lithium polymer batteries also hold their charge 20 times longer than NiMH. Lithium polymer batteries are more impervious to changes in temperature, which makes them better suited for use in extremely Hot or Cold climates. Lithium polymer’s self–discharge rate is less than a third of nickel–metal hydride batteries (meaning you can let your car sit for 66% longer without loosing your charge). Lithium polymer is more resistant to physical damage since the functional unit of the battery consists of a polymer Gel instead of liquid. This allows for thinner aluminum walls housing the gel, instead of the thick and heavy protective metal walls of a NiMH battery.

Also, the unit size of each battery cell can be enlarged, resulting in a more simplistic battery complex, with fewer individual units within. This has many benefits including reduced manufacturing costs as well as more durability and reliability in the product, and less weight. Lithium Polymer batteries can handle more charge–discharge cycles before storage capacity begins to degrade. Lithium polymer technology also offers significant advantages in safety compared with typical lithium–ion or NiMH batteries. This is due to the gelatinous property of the lithium polymer, which is resistant to leakage or battery puncture.

“With SB LiMotive we have selected a supplier who offers the best available technology, combining leading German automotive expertise with future-oriented Korean battery know-how,” explains Norbert Reithofer, Chairman of the Board of Management of BMW AG.

Obviously, this is a triumphant announcement by BMW and I am ecstatic at the news!!! There are many good things to come in the future from BMW EfficientDynamics.

Off note, Hyundai Motors is actually the first to use Lithium Polymer battery tech on their new Hybrids though their cooperation with LG of Korea. The above technical specs are quoted in part from Hyundai Motors. I’m noticing a trend here… Korea is leading the world in battery development!!! Again, it’s great to see BMW’s partnership with SB LiMotive! This alliance will prove invaluable during BMW’s development of future hybrid and electric drives as well as the much-anticipated Project i.

While it is sad to see an end to BMW’s highly successful F1 involvement, it is an exciting prospect to see the worlds best F1 engineers focused on the development of your next BMW road car. The redirection of BMW’s F1 resources into EfficientDynamics projects and other racing campaigns is sure to yield mind-bending results. The VED Concept is not a bad start.

Here’s too BMW’s leadership in the advancement of efficient technologies, all while drifting through a left hander – laying down enough Bridgestone rubber to make Prius drivers wallow in fear!