Frankfurt am Main, Germany – BMWBLOG had the opportunity to interview members of the M team. This interview was conducted at the recent IAA show in Frankfurt besides the new BMW M5. The focus of the interview was on technical issues that came up during development and how that impacted the performance of the new M5.

BMWBLOG – Were there any packaging concerns with the V8 turbo engine in the chassis of the M5?

Joerg Herrmann – There were no real issues with packaging. There were some changes in the exterior; we have a wider front but use the same hood as the 5er. We did manage to get all of the technology to fit under the hood.

BMWBLOG – Were there any weight savings at the nose of the car by going to a V8 turbo than the V10?

BMWBLOG – How did the vast amounts of torque available at low RPM influence chassis and suspension design?

Joerg Herrmann – We made some changes to the body and of course the power-train. The front subframe is stiffer. There is also an under tray that adds stiffness as well as providing aerodynamic functionality. It helps distribute load in addition to improving aerodynamics.

Joerg Herrmann – When the car’s technical specifications were defined, and the technologies required were identified, we found that the hydraulically assisted power steering was the best solution. It met the M performance targets. 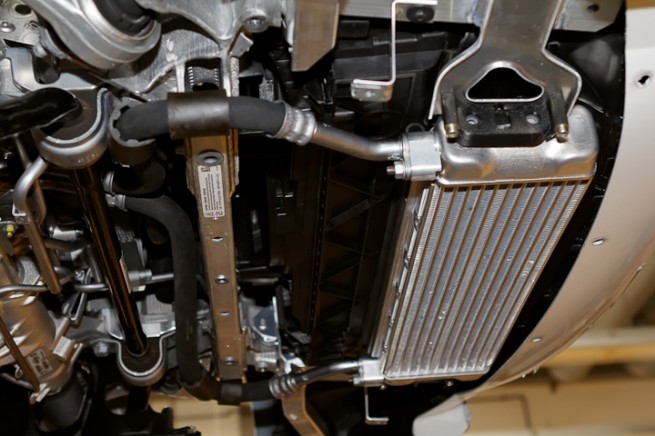 BMWBLOG – Was the chassis tuned to the tires selected for the M5?

BMWBLOG – So customers should replace tires on their M5s with the same?

Joerg Herrmann – We always recommend that. The tires are matched to the car and the tires were created specifically for this car. [The are marked as such on the sidewall. – Ed.] The tires we use provide the response we engineered into the car.

BMWBLOG – What other factors, beyond tires, determine the tactile feedback through the steering wheel of the M5?

Joerg Herrmann – The perfect package for steering feedback is a combination of technologies all tuned to provide the desired level of feedback.

BMWBLOG – Could you comment on the exhaust setup on the turbo V8, in particular the cross bank exhaust flow.

BMWBLOG – Was there any consideration to using the ZF 8 speed transmission with the double clutch nose?

Joerg Herrmann – There were rumors on the internet about the gearbox choice . . .

Joerg Herrmann – For this type of car the seven speed DCT gearbox gave us the best of both worlds, performance and luxury. It is very comfortable in automatic mode and yet is cpable of being very sporting when needed. The DCT is quicker than the other options including a manual gearbox. Of course there are some people that always want a manual gearbox. 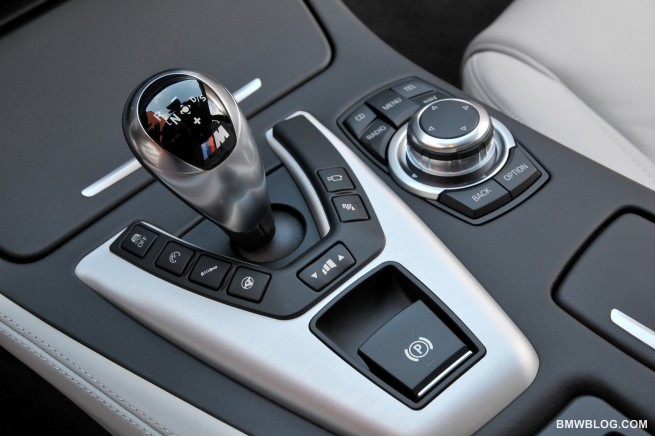 BMWBLOG – How soon did M get involved in the engineering design of the new 5er? When does M gain access to a platform?

Joerg Herrmann – There is always a close connection with the basic car; there is an interlink with BMW M joining the engineering design at a very early stage. M is up to date with what is transpiring for the engineering of a new vehicle. We also have an opportunity to ask for changes to the design. We can influence the basic car to make it usable as an M.

BMWBLOG – The limited slip differential in the M5 is very good, what makes it special?

Joerg Herrmann – It has the ability to read information from various chassis signals, yaw, anti-lock brakes, the suspension sensors and then the differential’s clutch packs can correctly apply the appropriate amount of lock to the side needing it.  And, of course, it allows the car to be steered by the throttle.

BMWBLOG – With the new M5 it would seem that luxury and performance have been combined through use of technology. How did you make that work?

Joerg Herrmann – The technology allows us to make this car work in both realms. For instance, the suspension has multiple settings, comfort, sport, and sport plus. The same is done for steering, throttle response, and the gearbox. There are presets which allow the various settings to be tailored to the driving situation. This helps make the M5 work so well as both a sporting, track ready, car and a luxury car.