Back in August, the redesigned 2013 Lexus GS 350 sedan made its world debut at the Pebble Beach Concours d’Elegance. The new GS 350 brings out a an all-new sheet design, a much roomier cabin and the cutting-ede technology from Lexus, and competes in a segment with the BMW 5 Series, Audi A6 and Mercedes-Benz E-Class.

The model introduced to journalists at Pebble beach is the five-passenger, rear-wheel-drive GS 350. The 2013 GS looks much more aggressive than the previous model. The car has a wider track and aggressive wheel arches, a significant improve over the “soft design” in the previous generation. The automaker has indicated that the 2013 GS 350 will serve as a preview of things to come from Lexus.

A series of aerodynamics features dominate the exterior design, starting with the L-shaped taillights, as well trunk lid and fully functional front air inlets. The redesigned front-end stands out with the twin blade-like chrome strips that flank the trapezoidal grille.

Taking a play from BMW, the interior design focuses much more on the driving experience and the driver. Lexus said it changed the driver’s seating position providing “increased comfort, better forward visibility, and overall command of the road.” The GS 350 features added leg and knee room. To successfully complete in a segment where premium features are combined with practicality, the trunk space is increased by 25 percent, with a wider trunk opening. 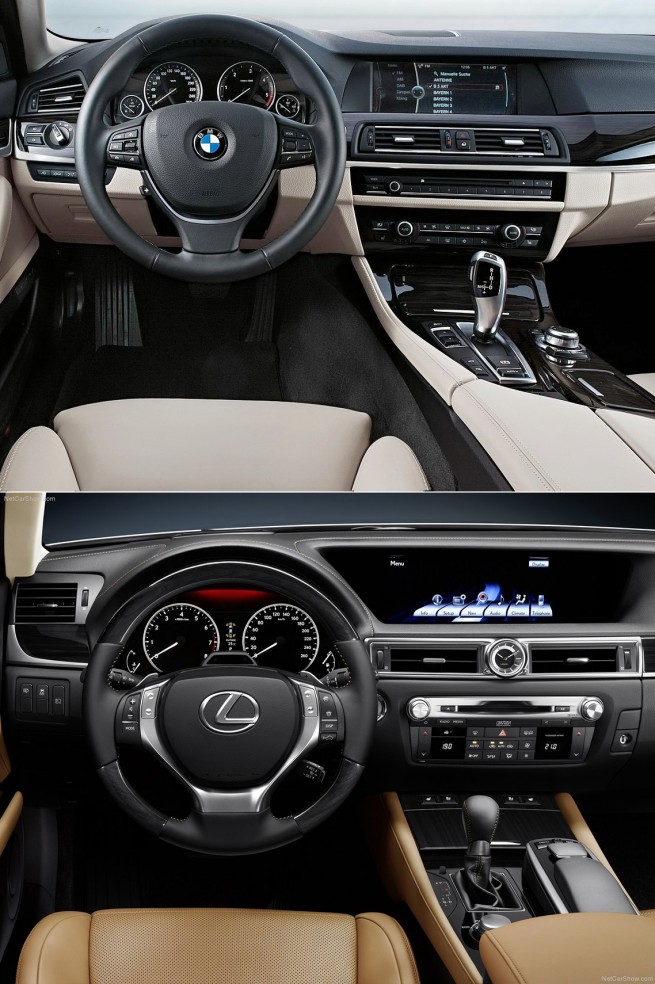 The cabin’s most impressive feature is the massive 12.3-inch screen. The screen is capable of supporting high-definition graphics, and can be split to show both a large map, audio or climate control information, similar to the big screen offered in many BMWs. Additionally, a second high-resolution 8-inch display is located in the instrument panel. This second display can be used with Lexus’ Remote Touch system, which allows the driver to operate climate, audio, navigation and phone controls from steering wheel-mounted buttons.

The 2013 Lexus GS 350 is powered the same 306-horsepower DOHC 3.5-liter direct-injection V6 mated to a six-speed sequential shift automatic transmission with paddle shifters and a multimode selector. All-wheel drive is optional. The power gets a bump to 306 hp and 277 lb-ft of torque. Lexus claims a 0-60 mph time of around 5.7 seconds. The electronically limited top speed gets a slight bump up to 142 mph, from 140 mph.

In the weight department, the BMW 535i is the overweight premium sedan with a curb weight of 4,056 lbs versus 3,715 lbs reported by Lexus.

As always, BMWBLOG provides a photo comparison of the competing vehicles and we will let you decide on the styling preference. 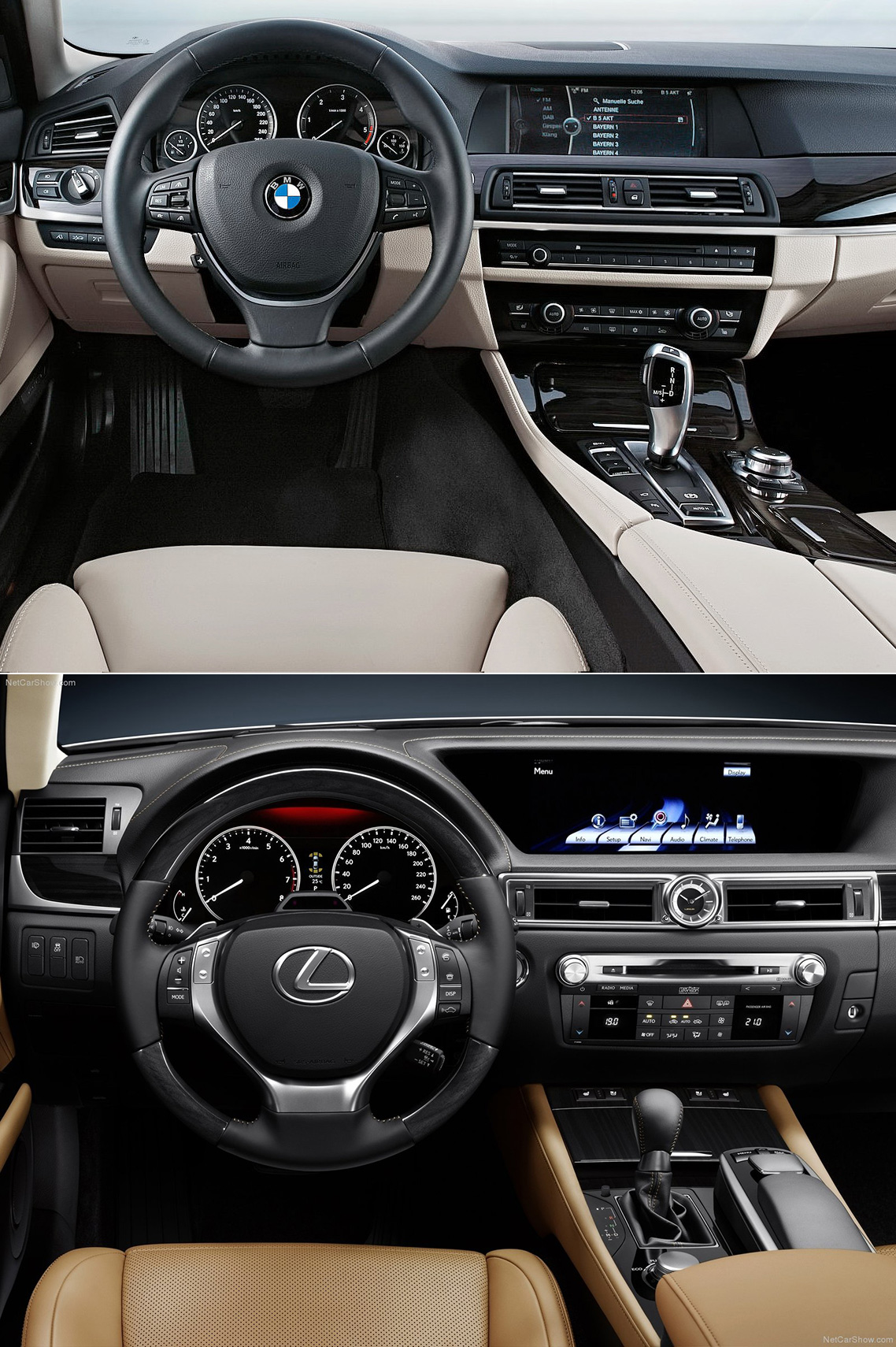