MINI Coupe: “Another Day. Another Adventure.”

The “Another Day. Another Adventure.” international campaign will be launched to coincide with the world premiere of the new MINI Coupé at the IAA International Motor Show. MINI fans will be able to experience not only the sporty two-seater but also real driving fun through TV, print and the social web.

The new MINI Coupé is the latest member of the MINI family. The two-seater has a license for everyday adventure – as shown in the campaign. The “Another Day. Another Adventure.” slogan itself clearly signals that MINI is taking an unconventional approach with this campaign. 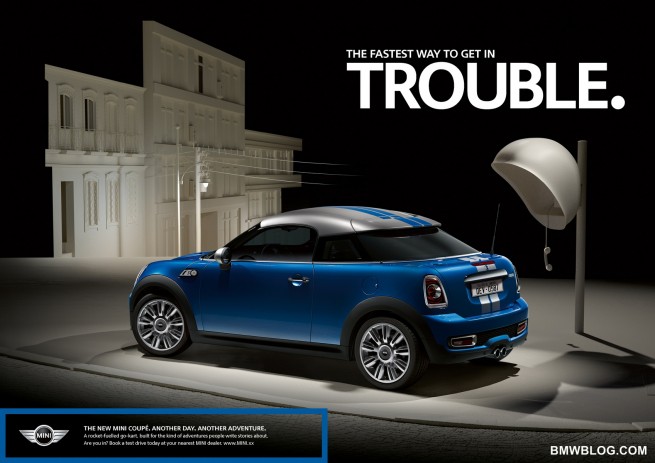 The three TV commercials showcase the new MINI Coupé as the ideal companion for every adventure. The three locations of Rio de Janeiro, Iceland and Hong Kong promise fascinating landscapes and cultures.

In the “Sunday in Rio” TV spot, the MINI Coupé accompanies dancers to the legendary Carnival in Rio and transports viewers to a colourful world of samba. In “Tuesday in Iceland”, the MINI Coupé and its somewhat suspicious passenger are driving across a remote winter landscape; in the third, “Wednesday in Hong Kong”, a MINI Coupé driver “kidnaps” an attractive young woman in a breath-taking car chase. Acclaimed cameraman César Charlone, who was nominated for an Academy Award for best cinematography for his work in “City of God”, was brought in to shoot the films under the direction of Kevin Thomas of THOMAS & THOMAS Films.

The corresponding advertisements and billboards will also instil a thirst for adventure with the MINI Coupé. The locations used in the TV commercials also provide the background for print advertising. 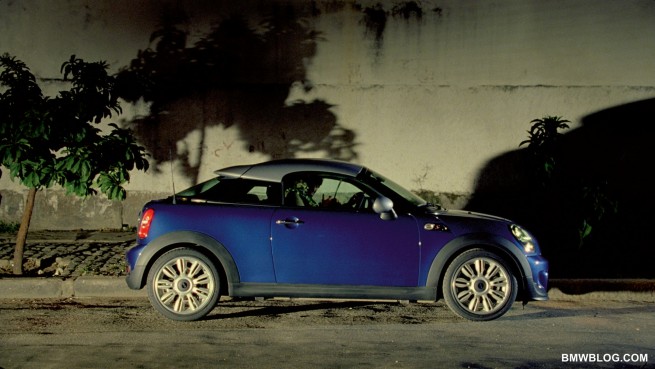 In a social media campaign entitled “All the Wrong Places”, the MINI Coupé once again embarks on unusual adventures. But this time not alone: In collaboration with the numerous platforms of the lifestyle magazine VICE, a series of five episodes will be shot, up until February 2012, which can then be viewed through MINI and VICE social media channels. In keeping with the campaign slogan, “Another Day. Another Adventure.”, a driver or “Adventure Man”, will accompany the MINI Coupé on its journey, discovering the most exotic places and cultures around the world. However, the driver and the MINI Coupé will not be alone on this voyage of discovery. MINI fans can not only follow their hero’s adventures on the web, but – if they are lucky – also participate themselves: A co-driver, who will accompany the “Adventure Man” on his travels, will be cast for each of the five adventures. Starting on 29 August 2011, MINI fans can upload their personal profile on Facebook at www.facebook.com/MINI and convince MINI why they should be the co-driver on one of these thrilling rides with the “Adventure Man”. Where will the journey take them? Japan, Peru, South Africa and two other mystery destinations will be explored. In Japan, enormous trucks will be transformed into colourful artworks. In Peru, they will dance with locals and in South Africa meet the stars of tomorrow.

The five documentary episodes will be available for viewing on MINI’s Facebook page, MINIspace.com and the MINI YouTube channel as well as on the Vice website  www.vice.com/allthewrongplaces. A new clip will be launched every three weeks, starting in November. In the fifth episode, the MINI Community will also get to see a brand-new MINI model.

Wednesday in Hong Kong: Love is in the Air (Film) 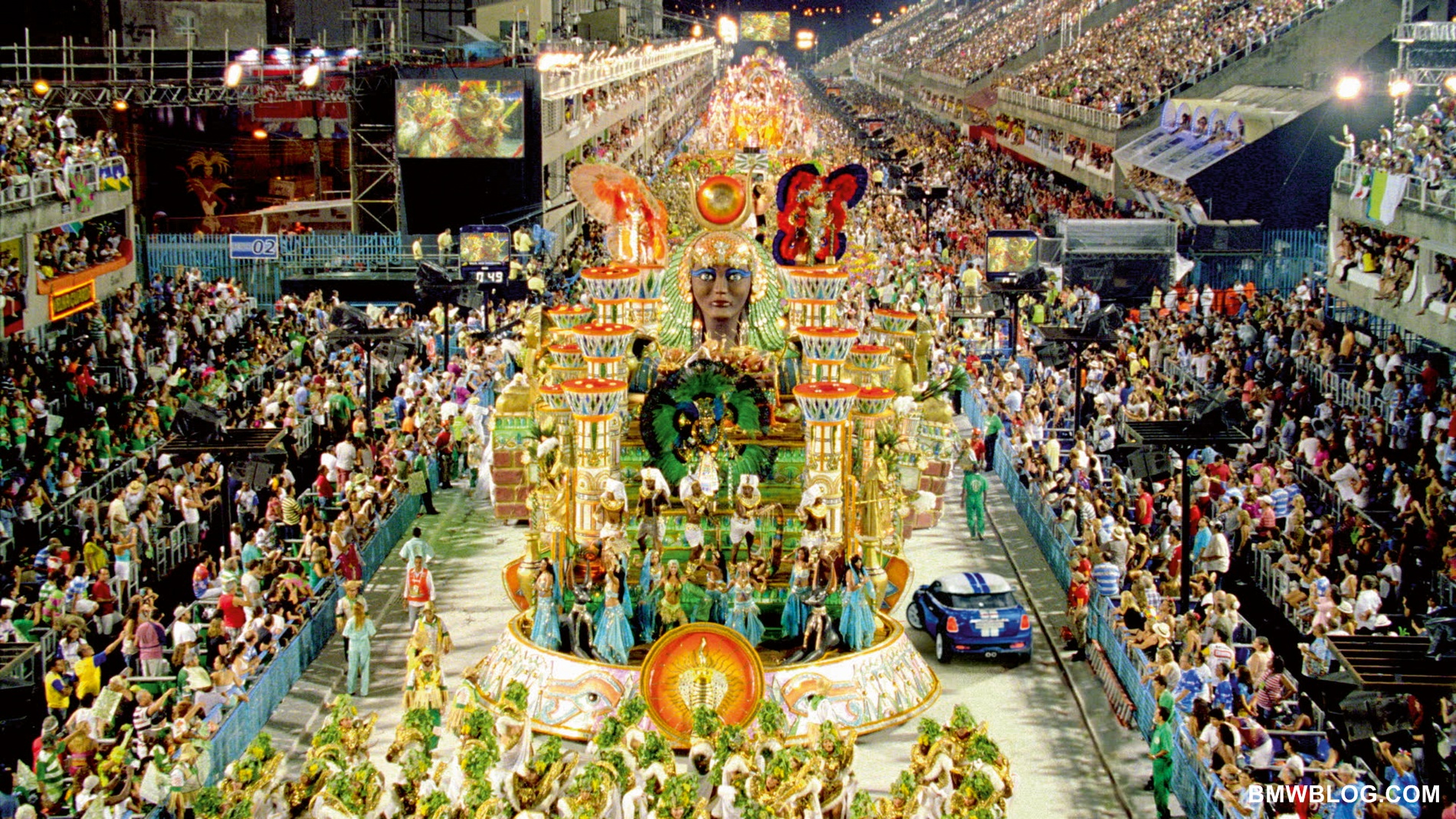 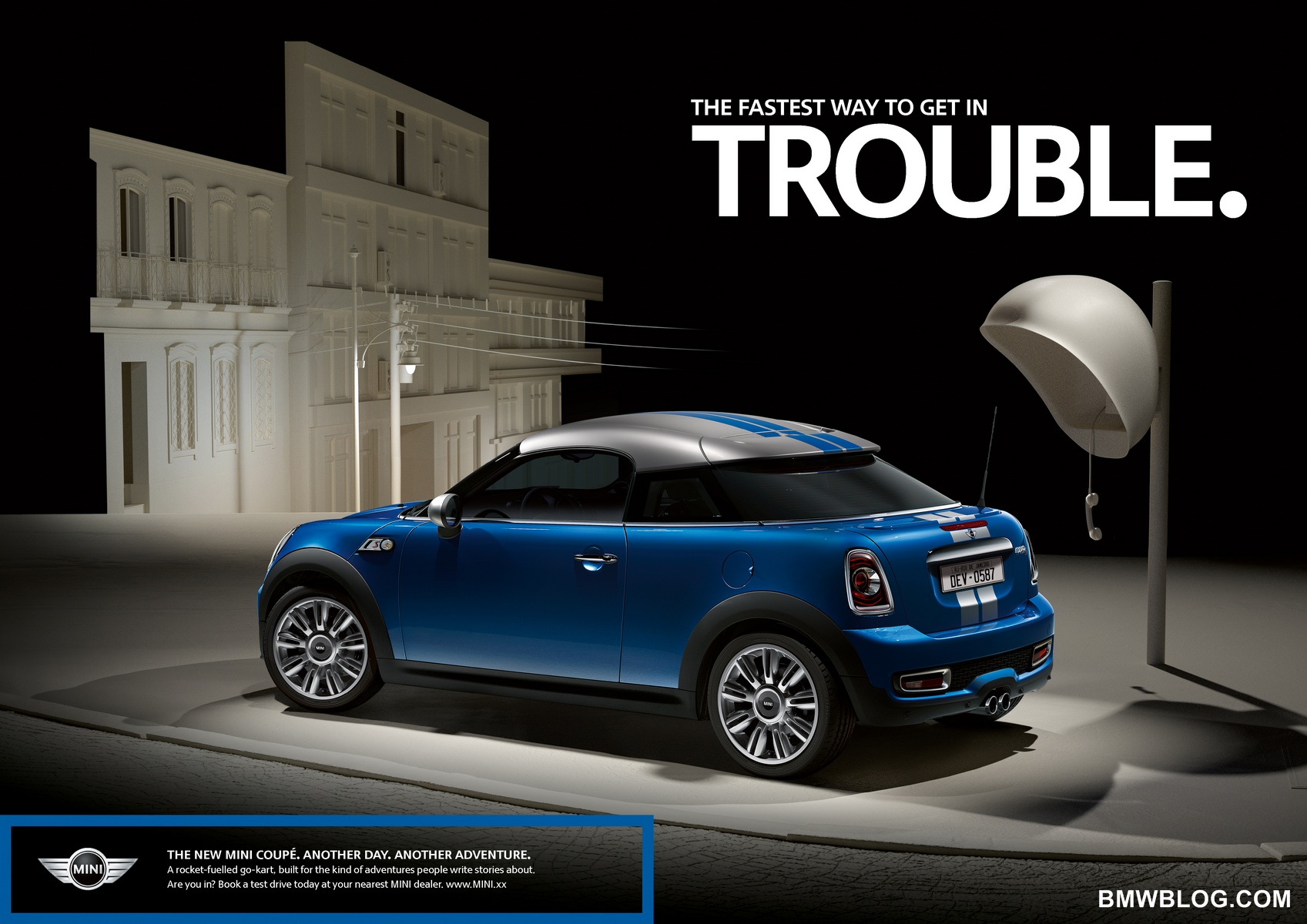