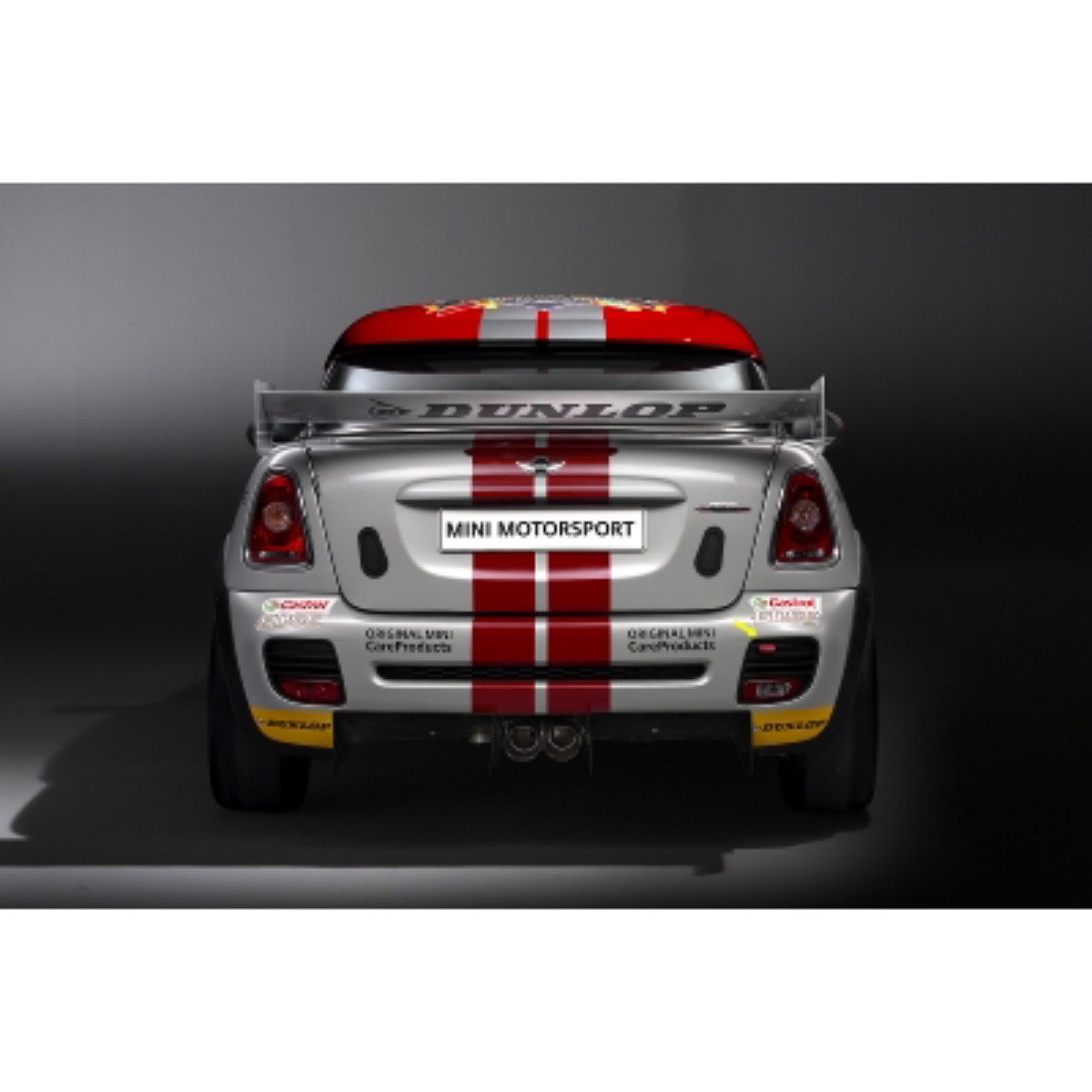 Press Release: Motor sport is in the MINI genes. And now the carmaker is set to add a new chapter to its racing heritage with the arrival of the MINI John Cooper Works Coupe Endurance. The newly developed racer will line up at this year’s 24-hour race at the Nürburgring-Nordschleife circuit, previewing the series-production version of the car due to be unveiled to the public in autumn 2011.

With the participation of the MINI John Cooper Works Coupé Endurance, the Nürburgring 24-hour race will be staging an automotive world premiere for the first time in its history. At the same time, the extreme demands of the classic endurance event ensure the new MINI model will be given a baptism of fire. 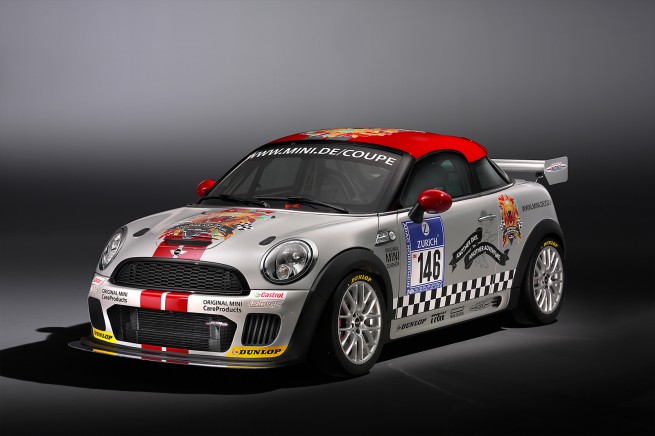 MINI’s declared aim in entering the Nürburgring 24-hour race is to experience the adventure of the “Green Hell”, as the Nürburgring-Nordschleife is affectionately known. And the brand has called, among other things, on the experience gained over many years of MINI Challenge sprint racing in the development of its new racing car for this unique event.

A pure-bred racing set-up will equip the MINI John Cooper Works Coupé Endurance for a full day lapping the combined Nordschleife/Grand Prix circuit at race speed. Providing the power is a specially-tuned version of the series-produced MINI John Cooper Works engine. The 1.6-litre four-cylinder unit – which boasts a twin-scroll turbocharger and petrol direct injection – delivers 250 hp, and the Overboost function pushes peak torque up to 330 Newton metres. Top speed is in excess of 240 km/h.

The MINI John Cooper Works Coupé Endurance sees the brand’s customary go-kart feeling taken to a whole new level. The stiff race suspension ensures impressive roadholding and gives the driver constant, direct feedback from the road surface. Adjustable shock absorber units allow the suspension set-up to be adapted to fluctuating track conditions, a feature that will come in particularly handy at the Nordschleife. 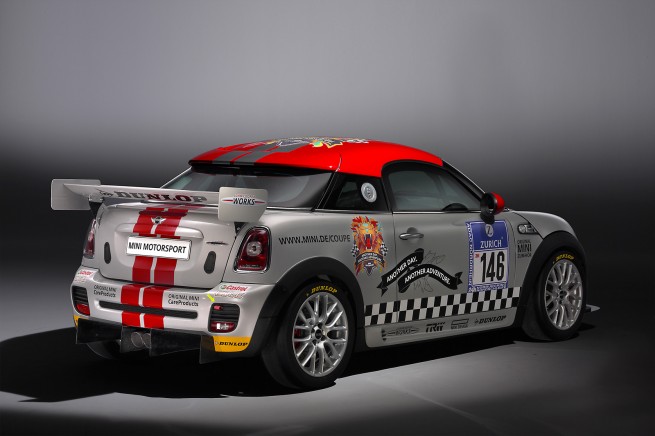 The more steeply raked windscreen of the car’s flat coupé silhouette sets it apart clearly from the Hatch and helps to minimise aerodynamic drag, which the drivers will acknowledge with a smile on the circuit’s long straights.
The John Cooper Works Aerodynamics Package further enhances the Coupé’s already supreme handling; the front spoiler, rear diffuser and adjustable rear wing generate downforce, optimising the balance between the front and rear axle.

The MINI John Cooper Works Coupé Endurance achieves an exceptionally high level of safety thanks to features including a roll cage welded to the body and a sports bucket seat with six-point safety belt and Formula One-style HANS (Head And Neck Support) system. When it comes to active safety, the car adopts the proven braking system with Race ABS from MINI Challenge
racing and adds a specially tuned DSC dynamic control system, likewise optimised for the race track. Plus, in the interests of safety – and rapid pit stops – the MINI John Cooper Works Coupé Endurance is kitted out with an integrated pneumatic jack. 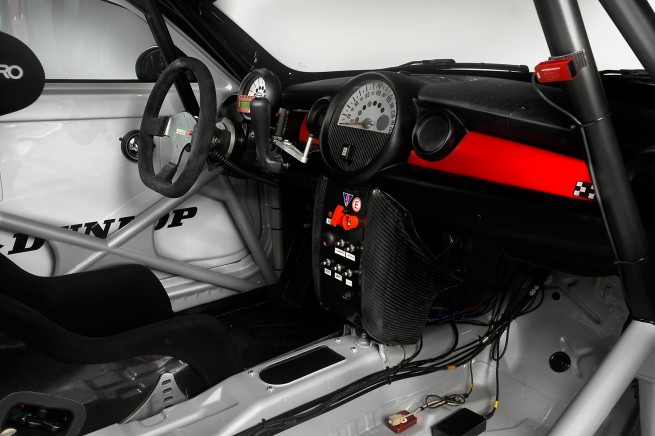 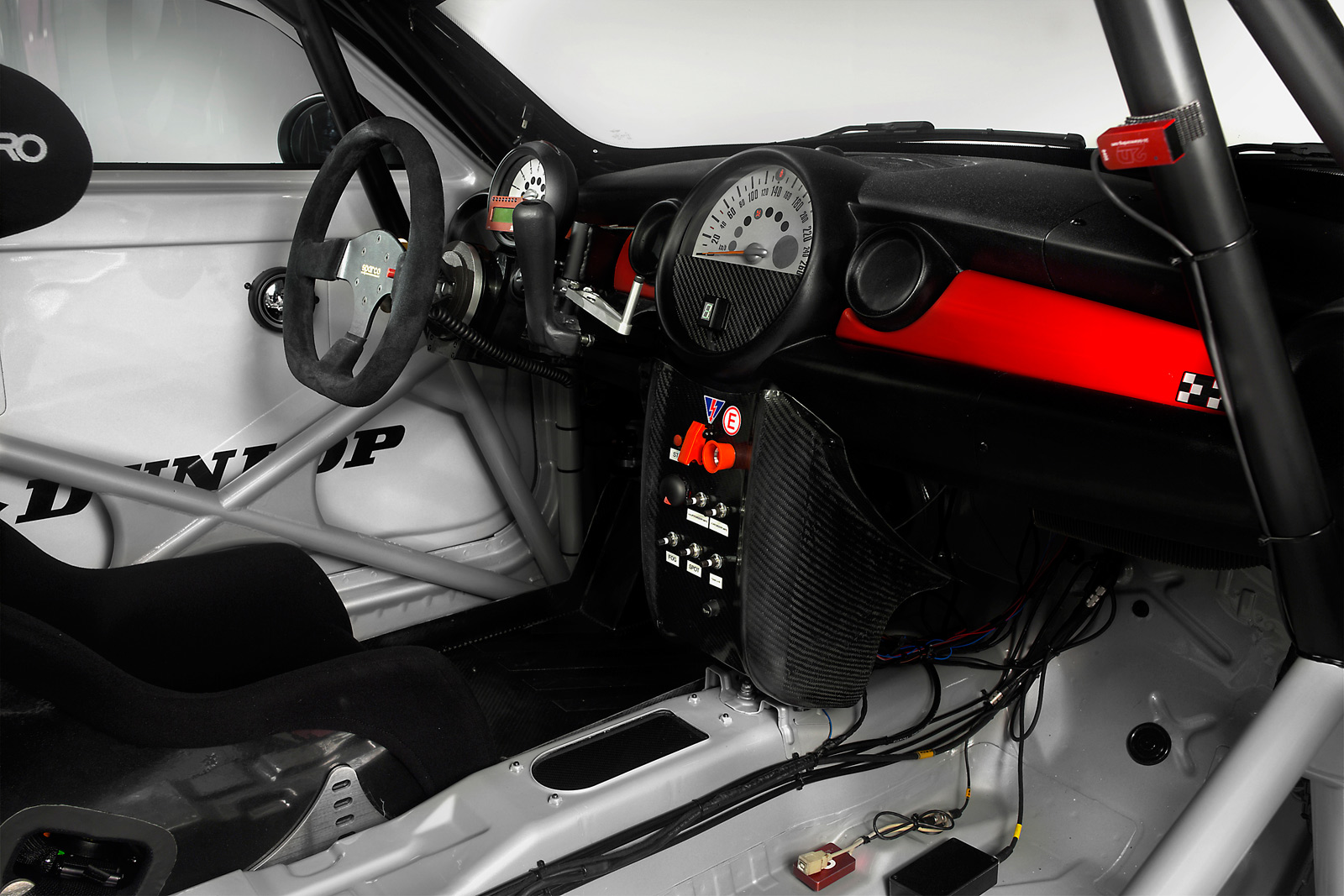 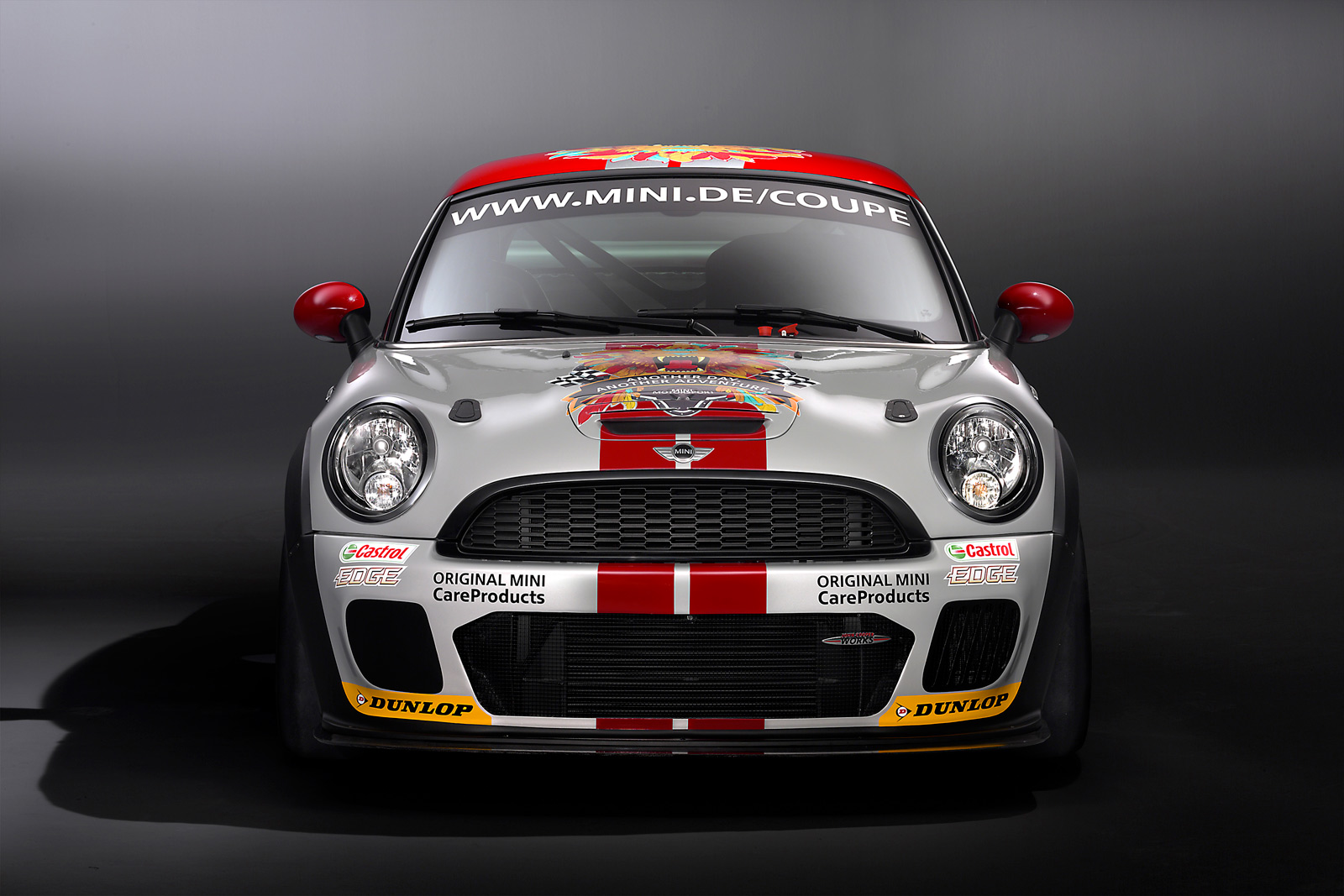 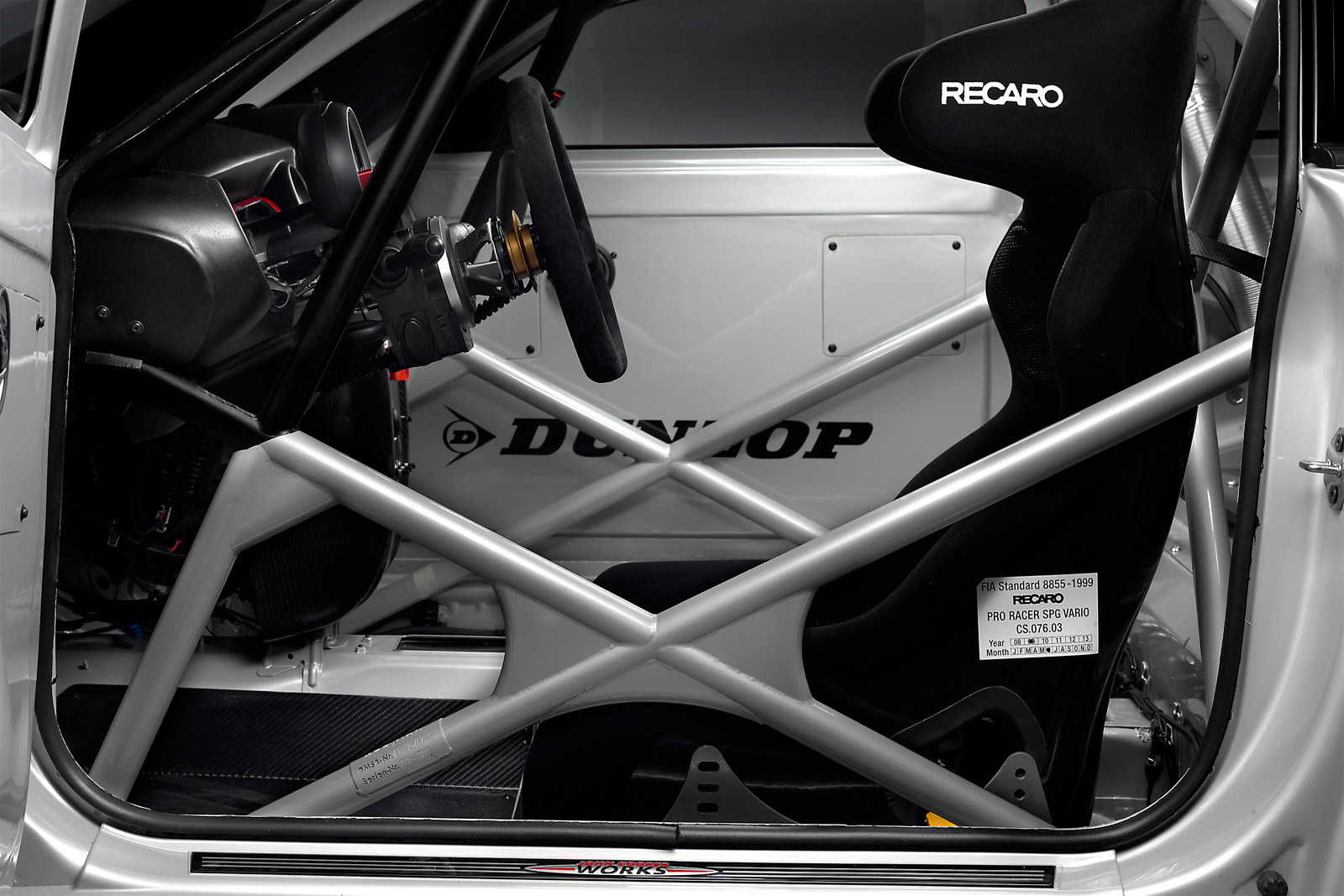 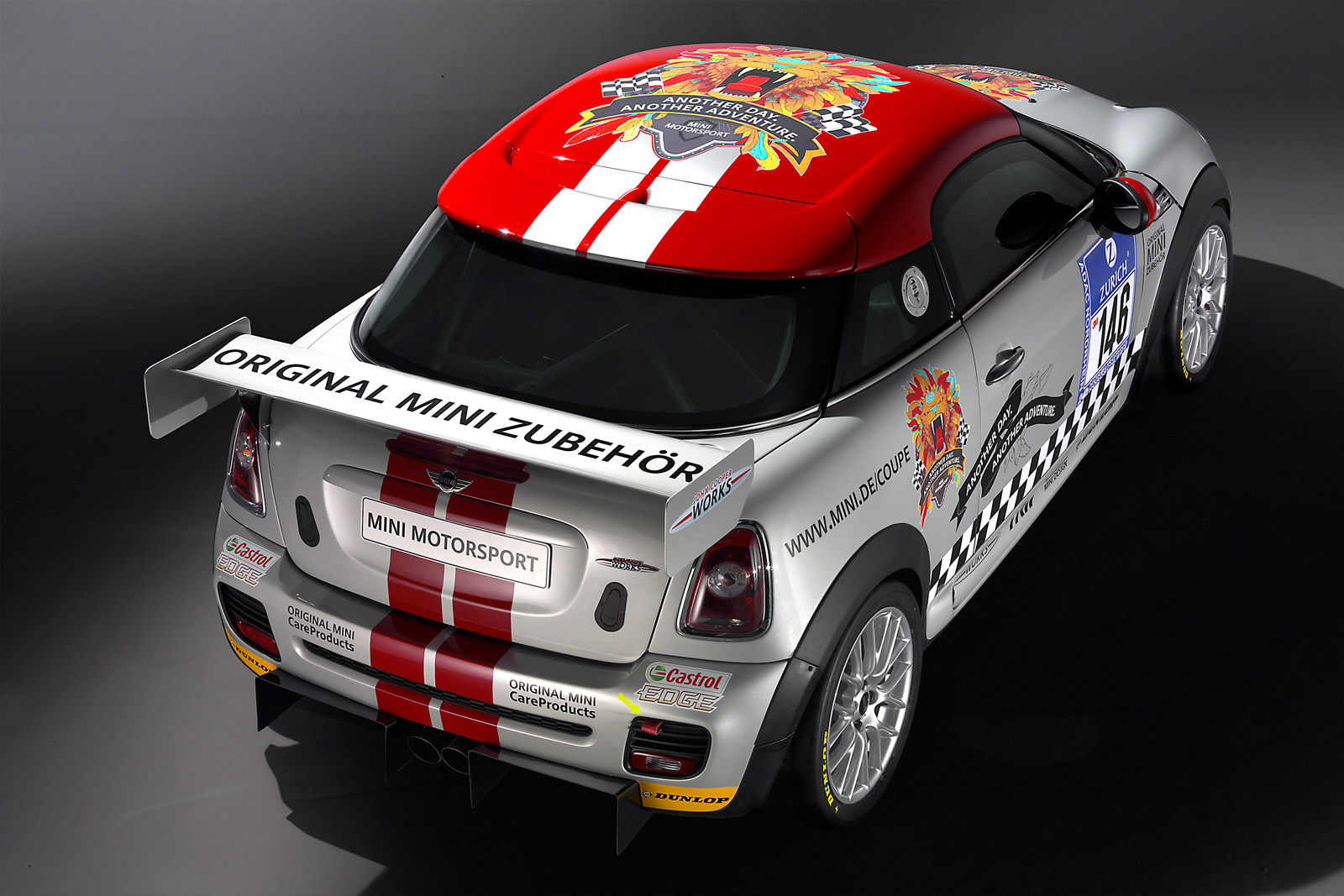 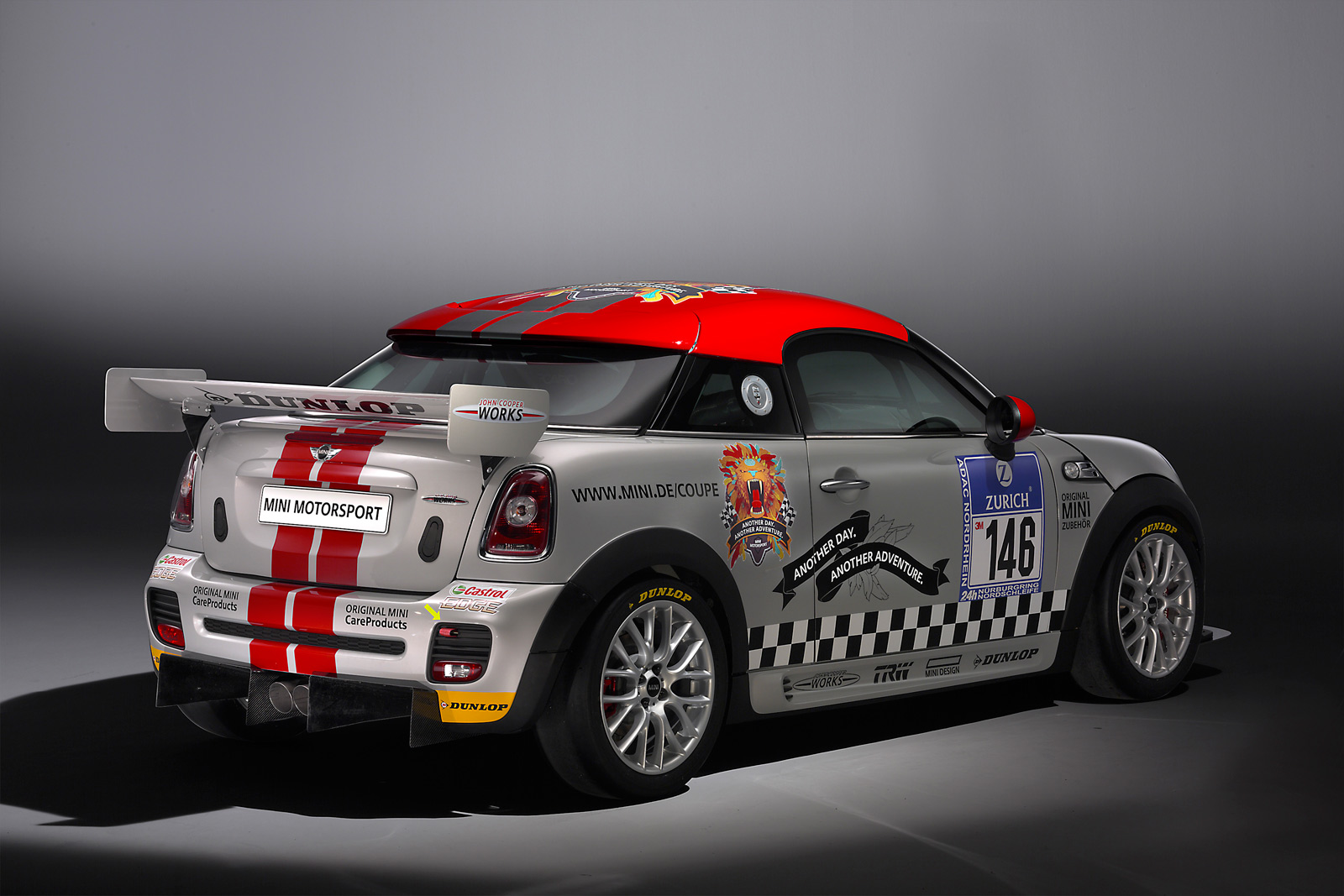 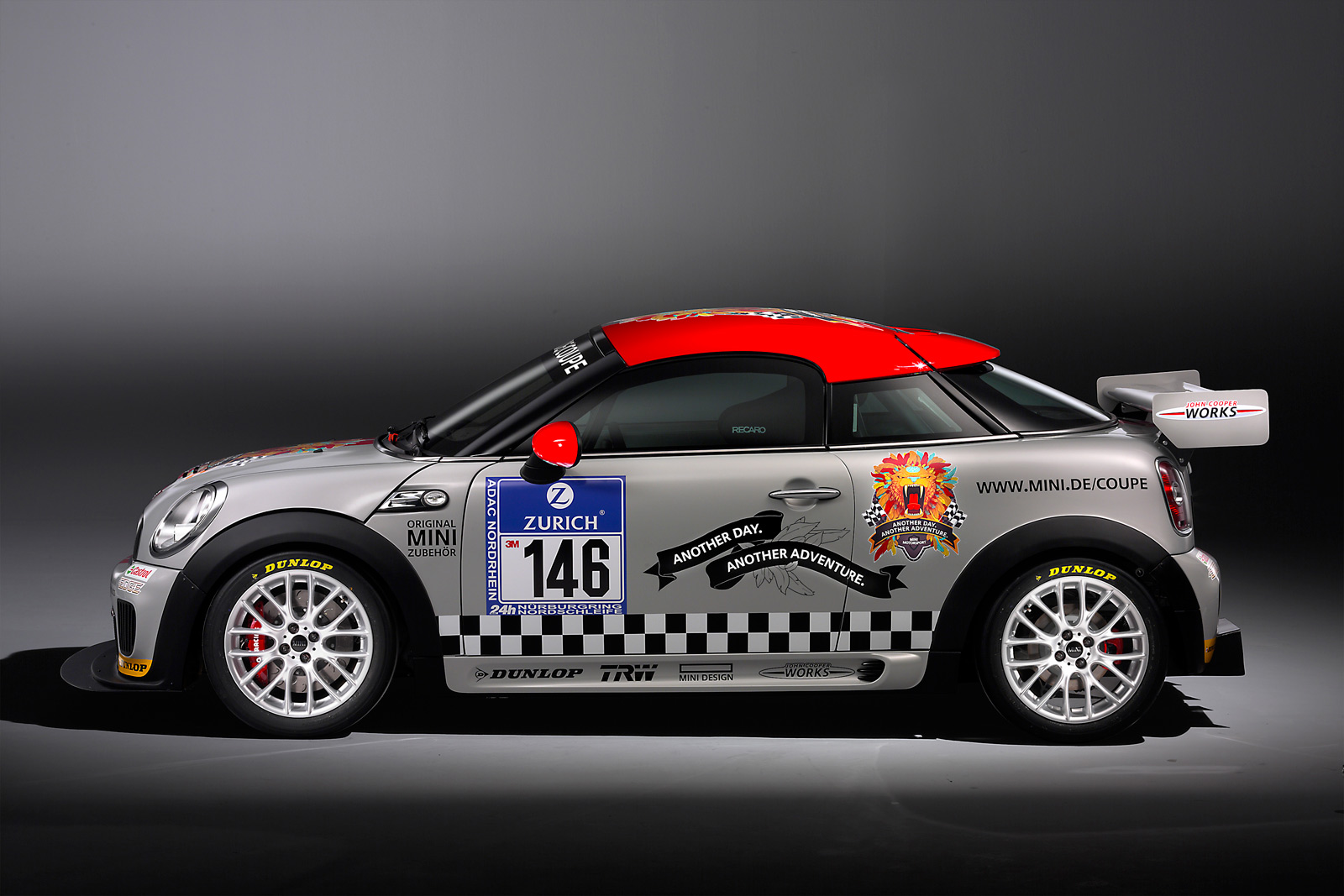 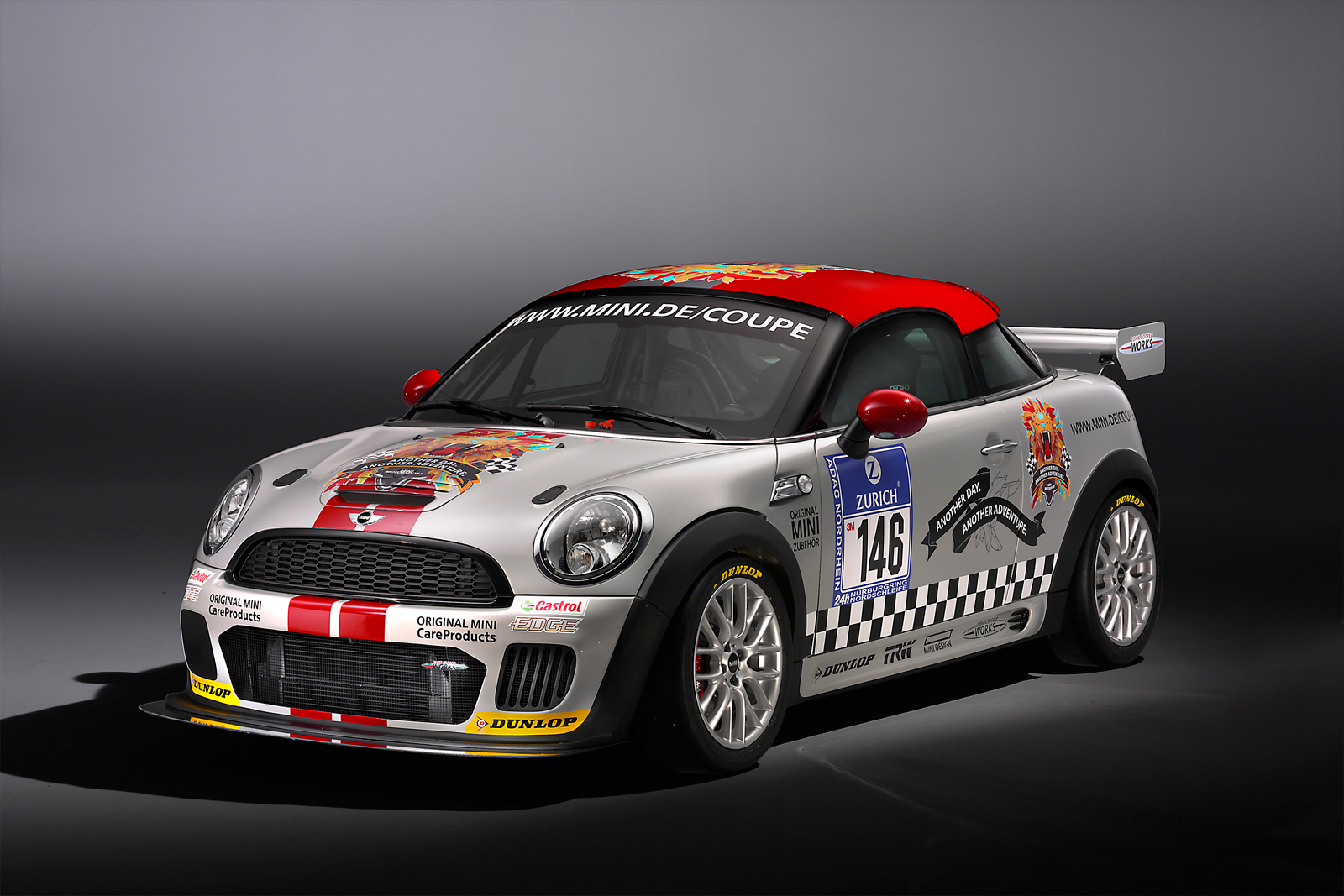 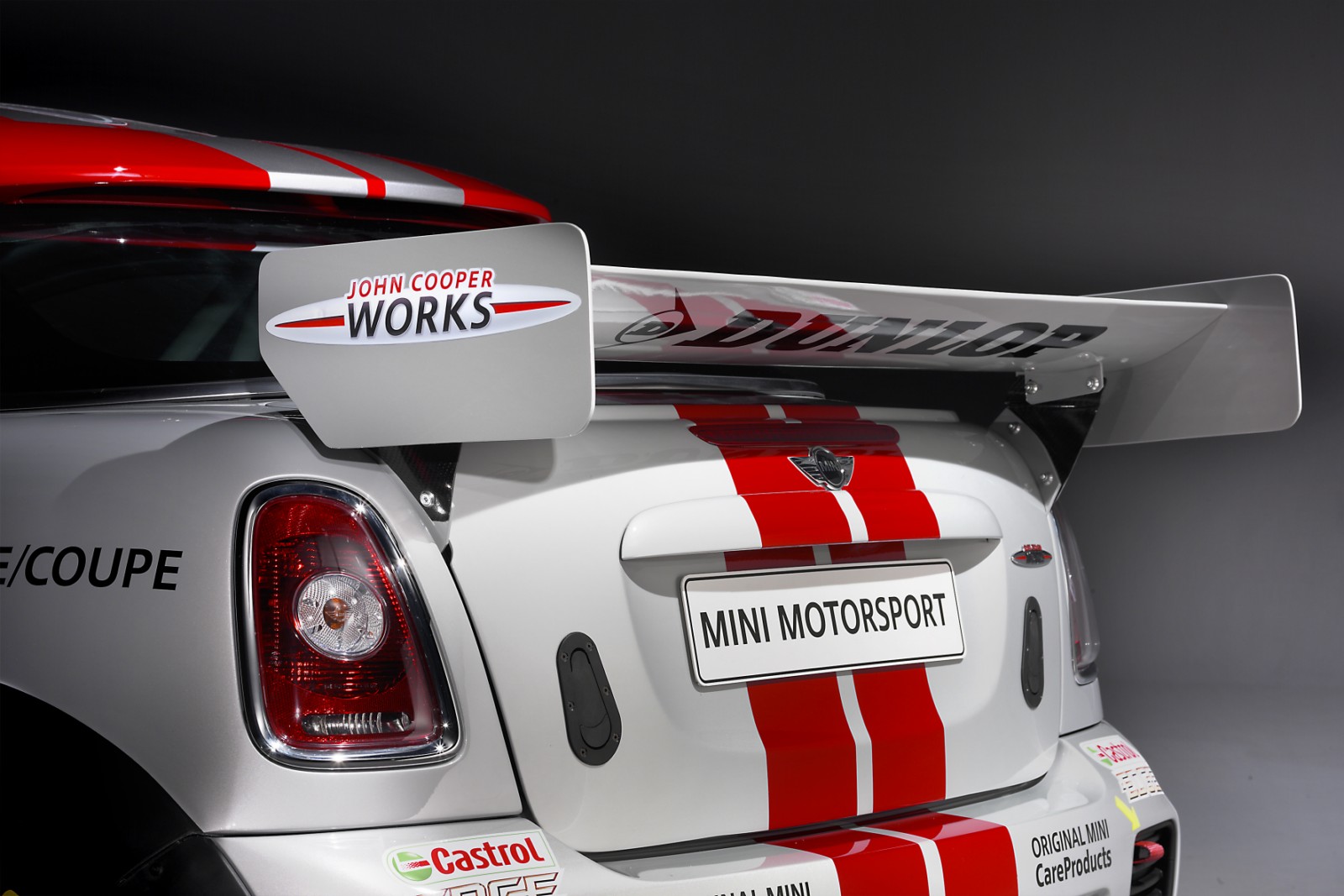