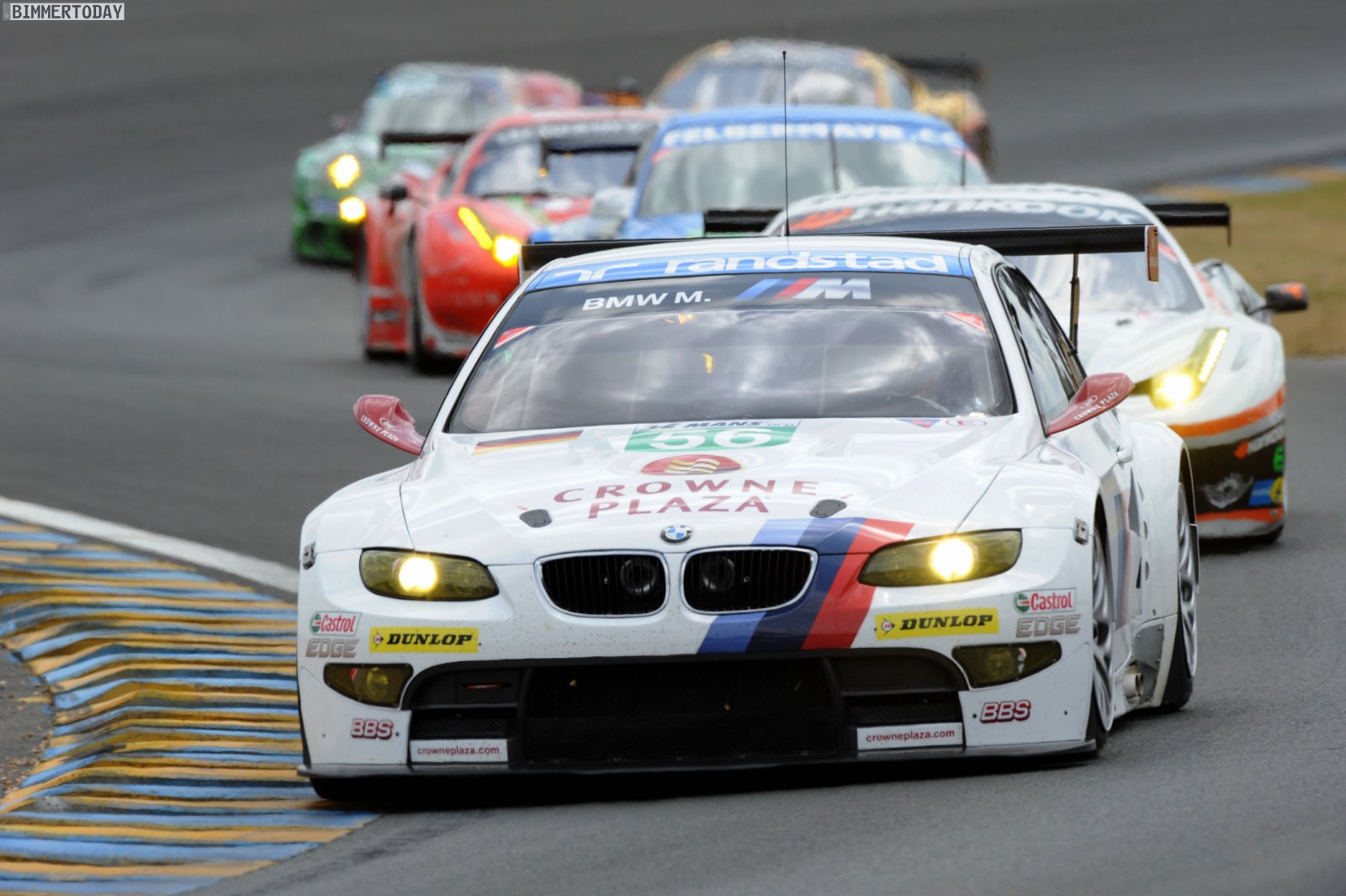 More than a quarter of the 24-hour race of Le Mans (FR) is completed. The no. 56 BMW M3 GT currently holds second in the LM GTE category. Since lap 71 Andy Priaulx (GB) has been at the wheel again, running less than a minute behind the leading Corvette. Car number 55, however, dropped out of the top-three after a puncture. Dirk Werner (DE) is continuing to catch up, now driving in 11th.

Start driver Augusto Farfus (BR) had completed a total of 46 laps of the “Circuit de la Sarthe”, before handing over the no. 55 BMW M3 GT that had started from pole position to Jörg Müller (DE) in second place. Just a short time later, a damaged right rear tyre forced the German to return to the pits at slow speed. Overall he lost about four minutes due to this dose of bad luck. During the scheduled pit stop on lap 77, Werner replaced him in the cockpit of the BMW M3 GT. 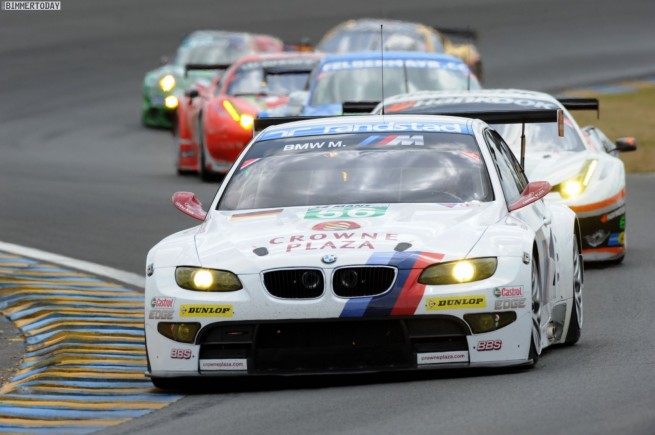 The other car has experienced no problems so far. After first-stint driver Priaulx it was Dirk Müller (DE) who worked his way up to third, and handed the car over  to Joey Hand (US) after 45 laps. The American also put in a flawless drive, making up further ground on the front-runners. Car number 56 was already running in second  when Priaulx returned to the cockpit.

Jörg Müller (car number 55):“It’s a real pity that we lost some time due to the flat tyre. Apart from that my stint was okay. It’s still a long race, and we definitely will not let this incident take away our confidence. I was able to gain some ground during the rest of my stint, and I’m convinced that Dirk Werner will do the same.”

Joey Hand (car number 56):“I really enjoyed that. Sometimes you have good stints and sometimes you have bad stints, and I felt that was a good one. BMW Motorsport and all these boys here worked all night Thursday and then Friday to get this car back together. I told them in the warm up this morning it is better than it was. I am excited to get my first couple of stints under my belt. We shall just see how it all pans out. I said to Dirk and Andy we are just going to run this thing clean the whole time and then we shall go dog fight them with two hours to go.”