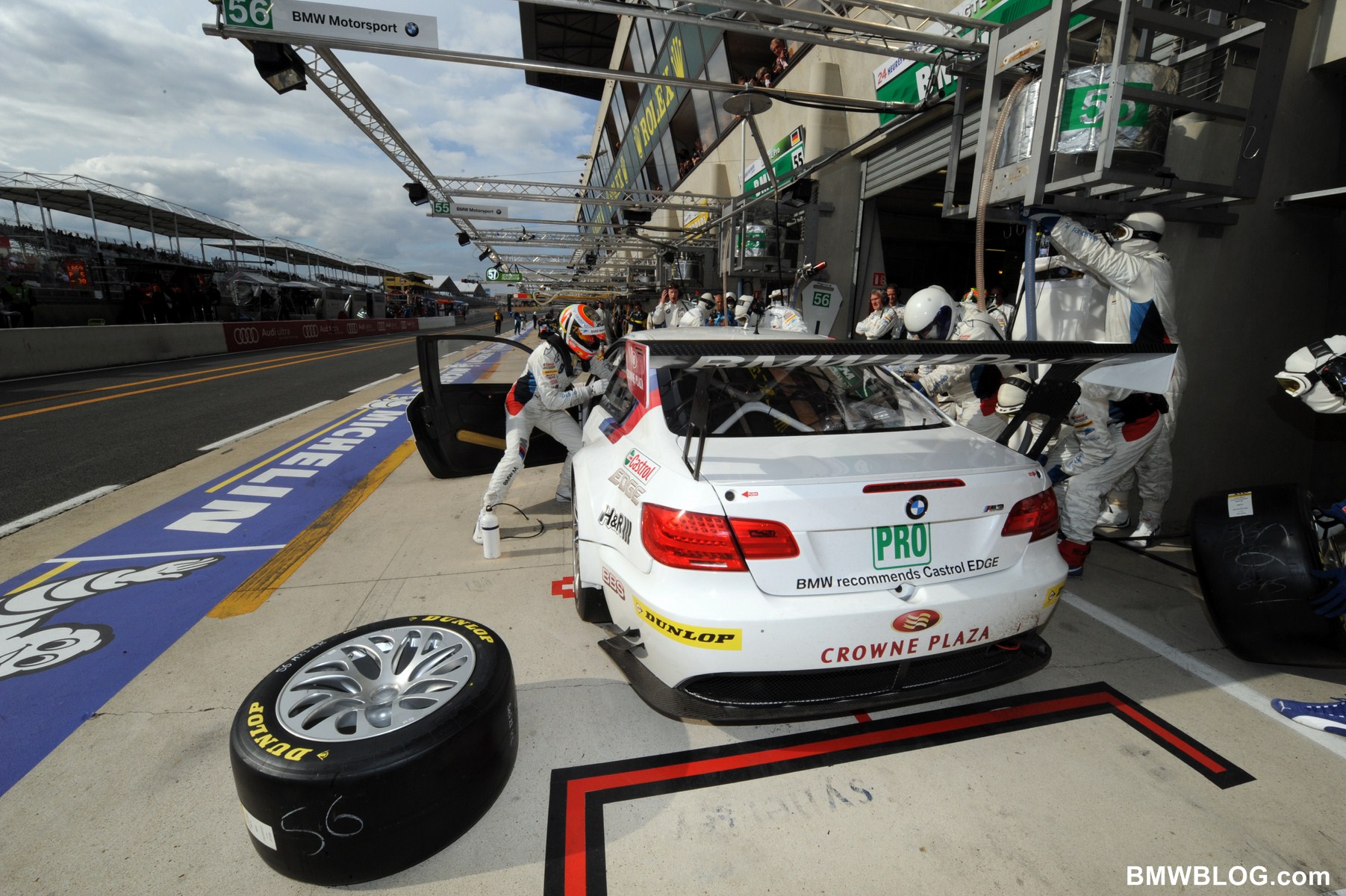 Twelve years after the BMW V12 LMR achieved its triumphant overall victory, BMW Motorsport is back on the podium at the Le Mans (FR) 24 Hours: In the hard-fought LM GTE class, Andy Priaulx (GB), Dirk Müller (DE) and Joey Hand (US) finished third in the no. 56 BMW M3 GT. Final-stint driver Hand crossed the finish line at the “Circuit de la Sarthe” after 313 thrilling laps and having covered a distance of over 4,200 kilometres.

In contrast, the drivers of the second BMW M3 GT, number 55 – Augusto Farfus (BR), Jörg Müller (DE) and Dirk Werner (DE) – left the endurance classic empty-handed. The trio had battled for 276 laps, repeatedly fighting their way back after being hampered by incidents. Just two and a half hours before the end of the race, however, the fifth-placed BMW M3 GT came to a stop in the “Mulsanne” corner. Jörg Müller had previously reported to the team feeling vibrations in the car. Victory in the LM GTE class went to Corvette’s Olivier Beretta (MC), Tommy Milner (US) and Antonio Garcia (ES). 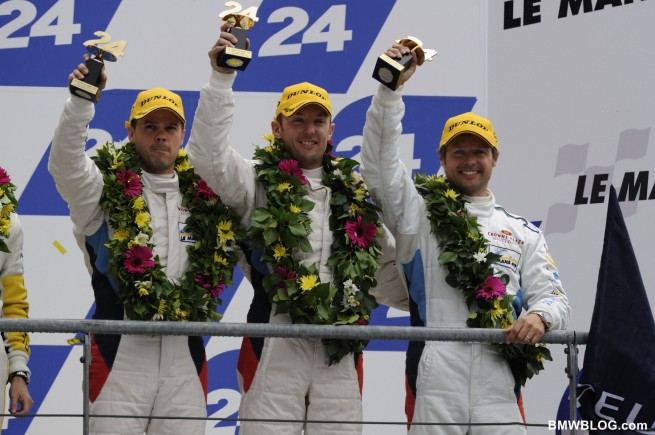 The 79th staging of the Le Mans 24 Hours, which was at times dramatic and overshadowed by several spectacular and alarming crashes, proved to be a roller-coaster ride for Team BMW Motorsport. Both cars had to make several unscheduled pit stops for repairs and to change tyres, while rain showers added another factor to the final stages of the race. The two BMW M3 GT cars that had started the race from pole position and third on the grid, demonstrated their performance over the entire race distance, consistently clocking competitive times. Dirk Müller clocked the fastest GTE race lap with a time of 3:58.876 minutes. Bearing in mind the various incidents, third place for Priaulx, Dirk Müller and Hand was probably the best possible result.

The Le Mans 24 Hours also counts towards this season’s Intercontinental Le Mans Cup (ILMC). Third place in France means BMW has finished on the GTE podium at every race so far in this competition. BMW celebrated a one-two in the GT class at Sebring (US), while BMW drivers also finished third in the GTE class at the 1,000-kilometre race at Spa-Francorchamps (BE). 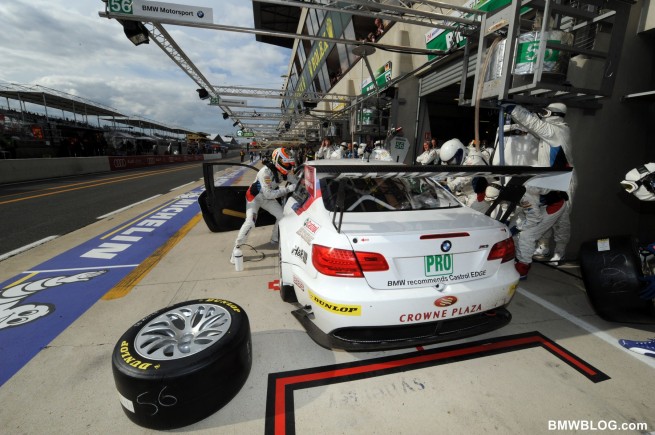 Mario Theissen (BMW Motorsport Director):“That was a positive finish to a turbulent 24-hour race for us. Third place with our BMW M3 GT in the GTE class at this classic here in Le Mans, twelve years after our outright victory – that is a big success for BMW Motorsport. I would like to congratulate and thank all those involved in this project, who gave everything during the development phase prior to the race and here on-site over the race weekend.”

Charly Lamm (Team Manager): “We showed in this race we can play a major role in Le Mans. We did that from the word go. Then we were hit by a sequence of unfortunate incidents, ranking from tyre damage to a stone damaging the radiator. This meant we lost contact with the leaders. It was then a matter of getting as much as possible out of this race. We managed that with BMW M3 GT number 56. The podium finish is a fine reward for the team’s struggles. Unfortunately it did not work out for car number 55, which suffered driveshaft related damage, which we will have to take a more detailed look at. Despite this, the car was in the leading group for long periods of the race. In general I think we can be proud of our performance.”

Andy Priaulx (car number 56):“I am obviously delighted to be on the podium at only my second visit to this race. Our aim was to finish and we did just that. We carried a misfire for most of the second half of the race, so it was great to finish on the podium. The team did a brilliant job, we all carried the car home. Joey and Dirk also did an awesome job, it was a really nice race.”

Dirk Müller (car number 56):“It wasn’t an easy third place I have to say that. I am extremely pleased because a podium in Le Mans means a lot. Andy and Joey did a fantastic job, BMW gave us a great car. We had a little bit of tough luck with the electronics so we weren’t able to really fight for the victory, but nevertheless congratulations to our competition. We can really celebrate this first place and are really happy.” 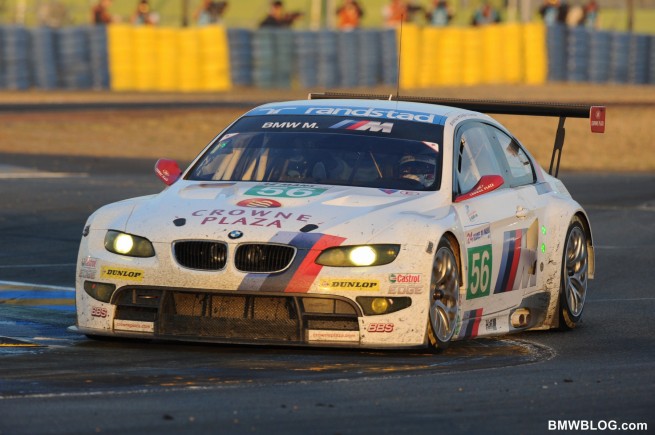 Joey Hand (car number 56):“I came here to win. I always come to win and I thought we really had a good shot to win this thing. A little bit of bad luck struck us in the night and a few other times. When I stood on the podium it all became real for me as this is a big deal. This is my first time here and to be on the podium I am really excited. I enjoyed every bit of my time here with BMW Motorsport and everyone from Schnitzer. They have got a lot of really great people on this programme and I am very thankful to BMW to let me come over and do this.”

Augusto Farfus (car number 55): “So near, yet so far. Le Mans is a very special race in every way. It can be the happiest experience or the biggest disappointment. Today for me it was the latter. However, we had over 21 hours of fantastic racing and enormous fun. The team did a brilliant job all week so I want to say a big thank you for flawless pit stops and a great car. It’s a pity we didn’t get the reward for all this.”

Jörg Müller (car number 55):“That was definitely one of the toughest, if not the toughest, race I have ever driven. The conditions were not easy during the night, and I spent almost four hours in the car. When the car then gives up on you just before the end of the race, it is hard to take. But I always look ahead.”

Dirk Werner (car number 55):“That was a very difficult race for us. Our car was quick and always in a position to clock top times. However, we were repeatedly hampered by incidents and unexpected situations. We fought like lions. That makes it all the more disappointing that we did not make it to the finish.” 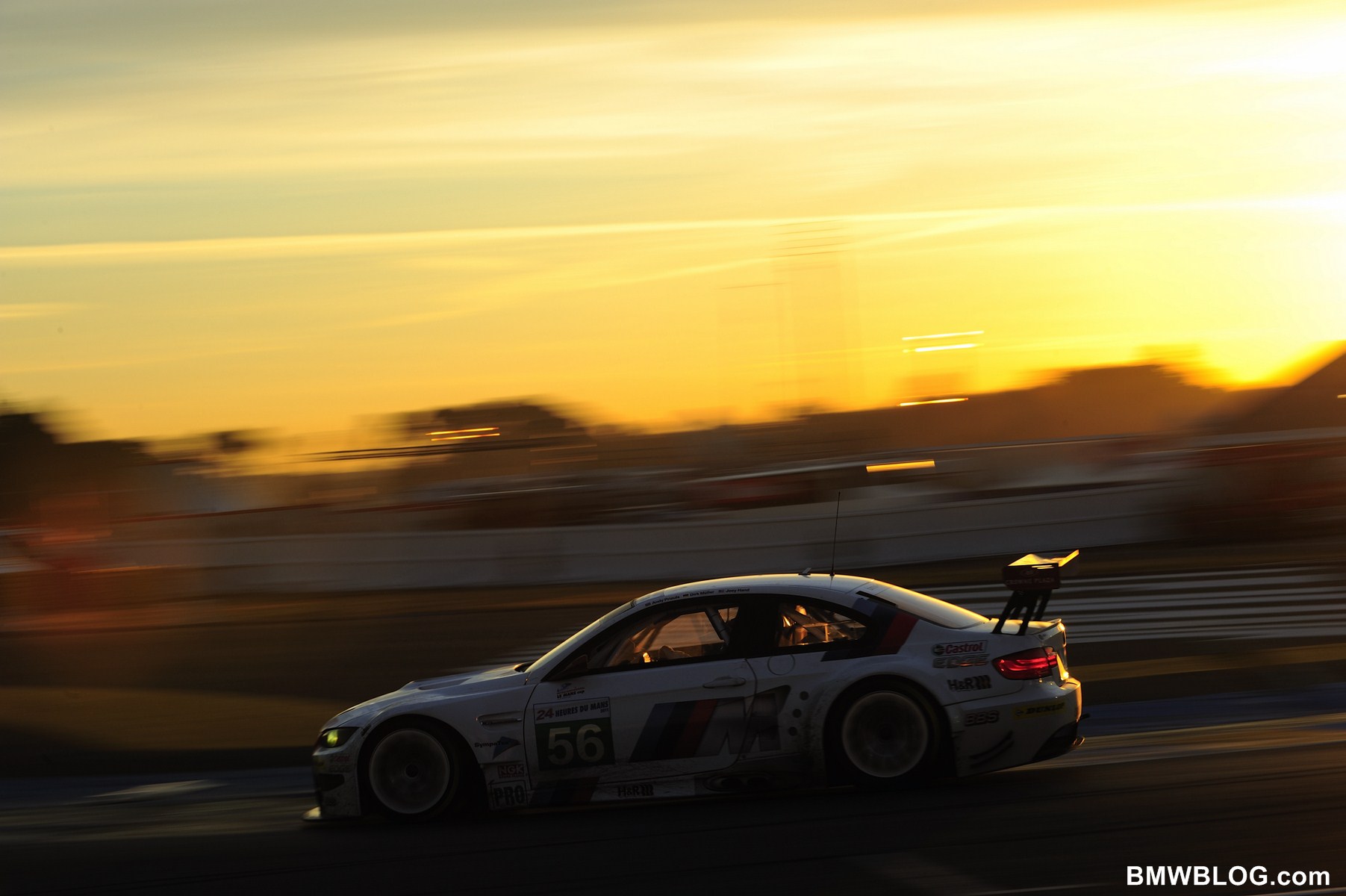 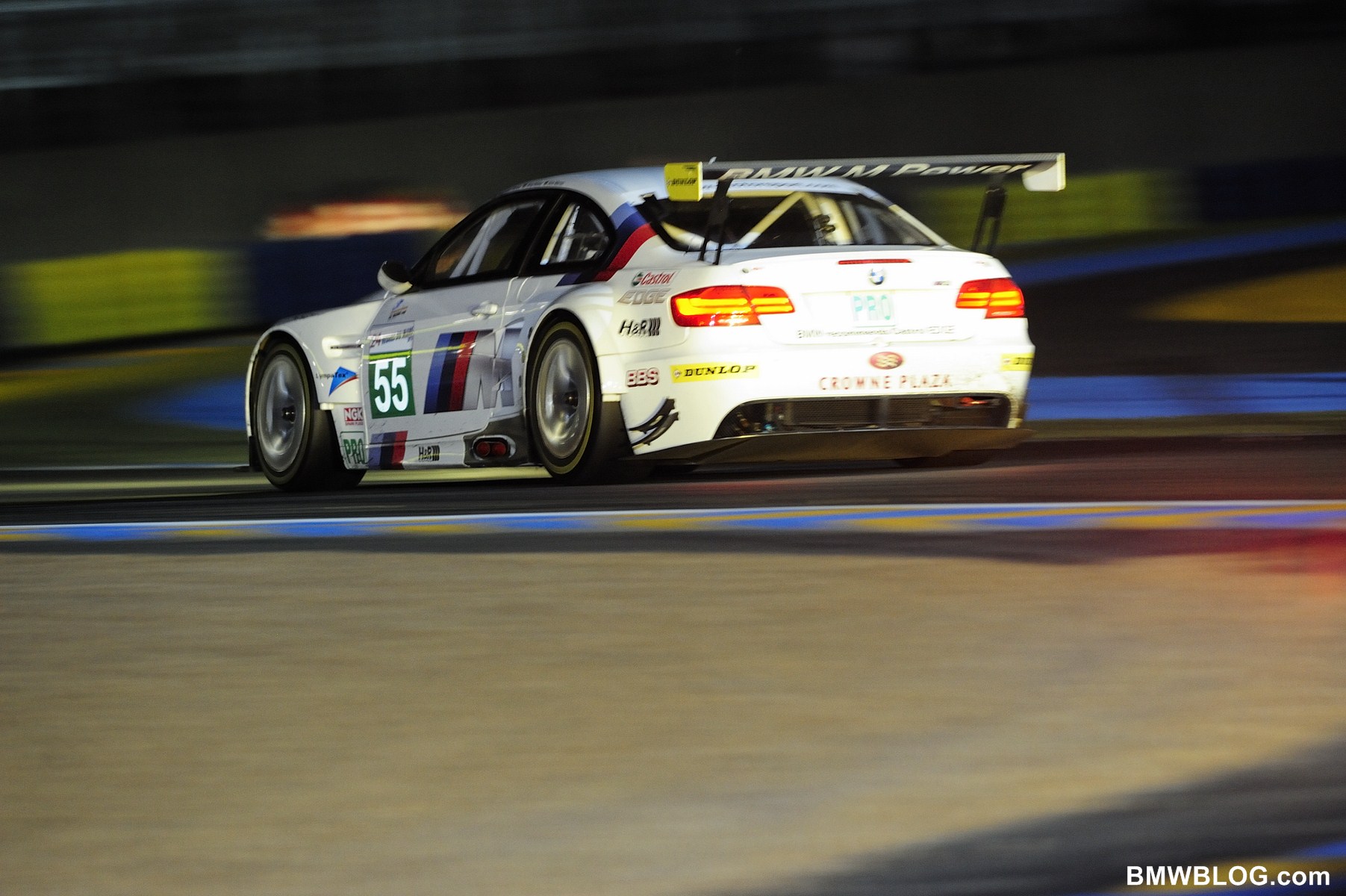 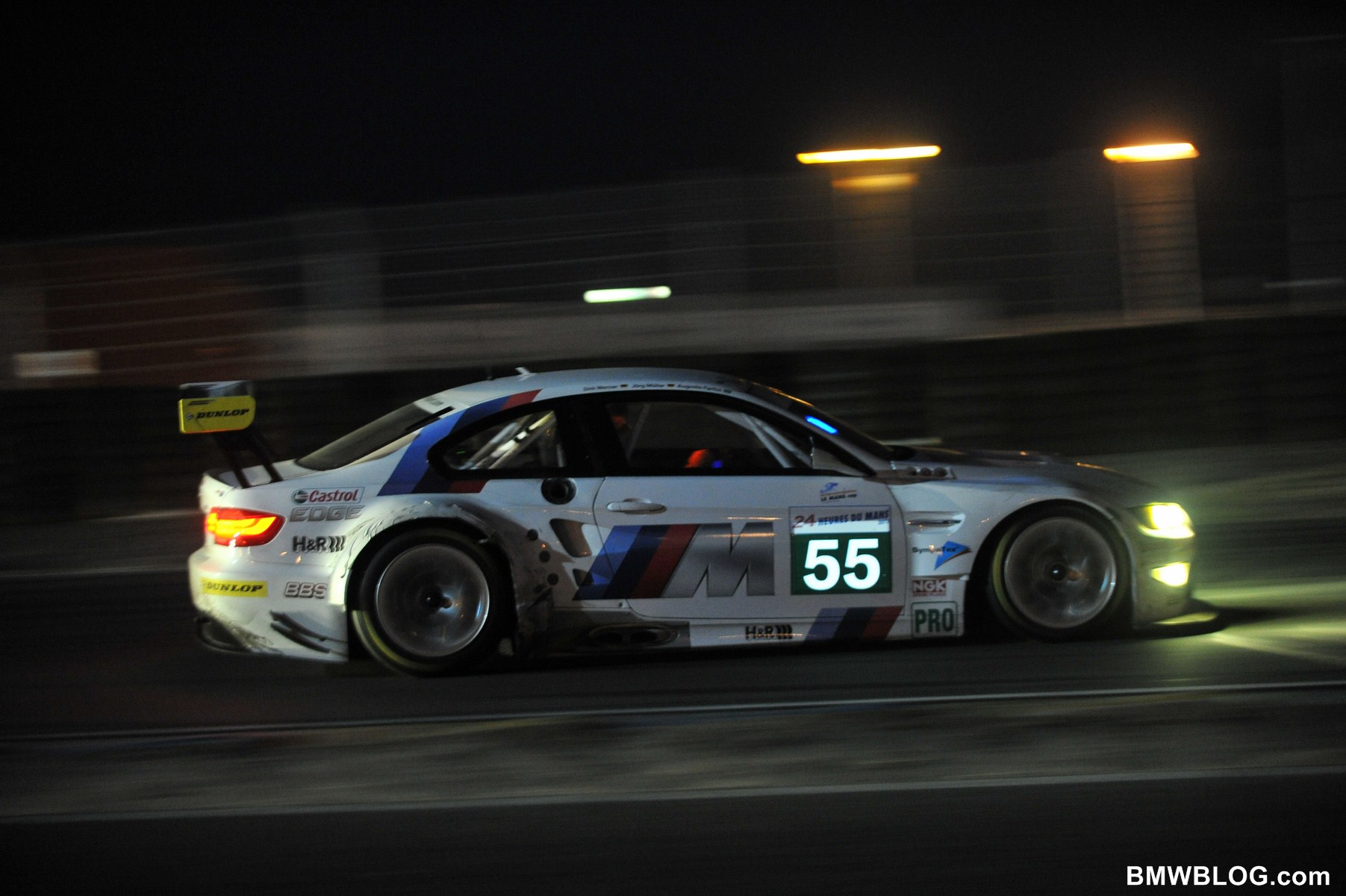 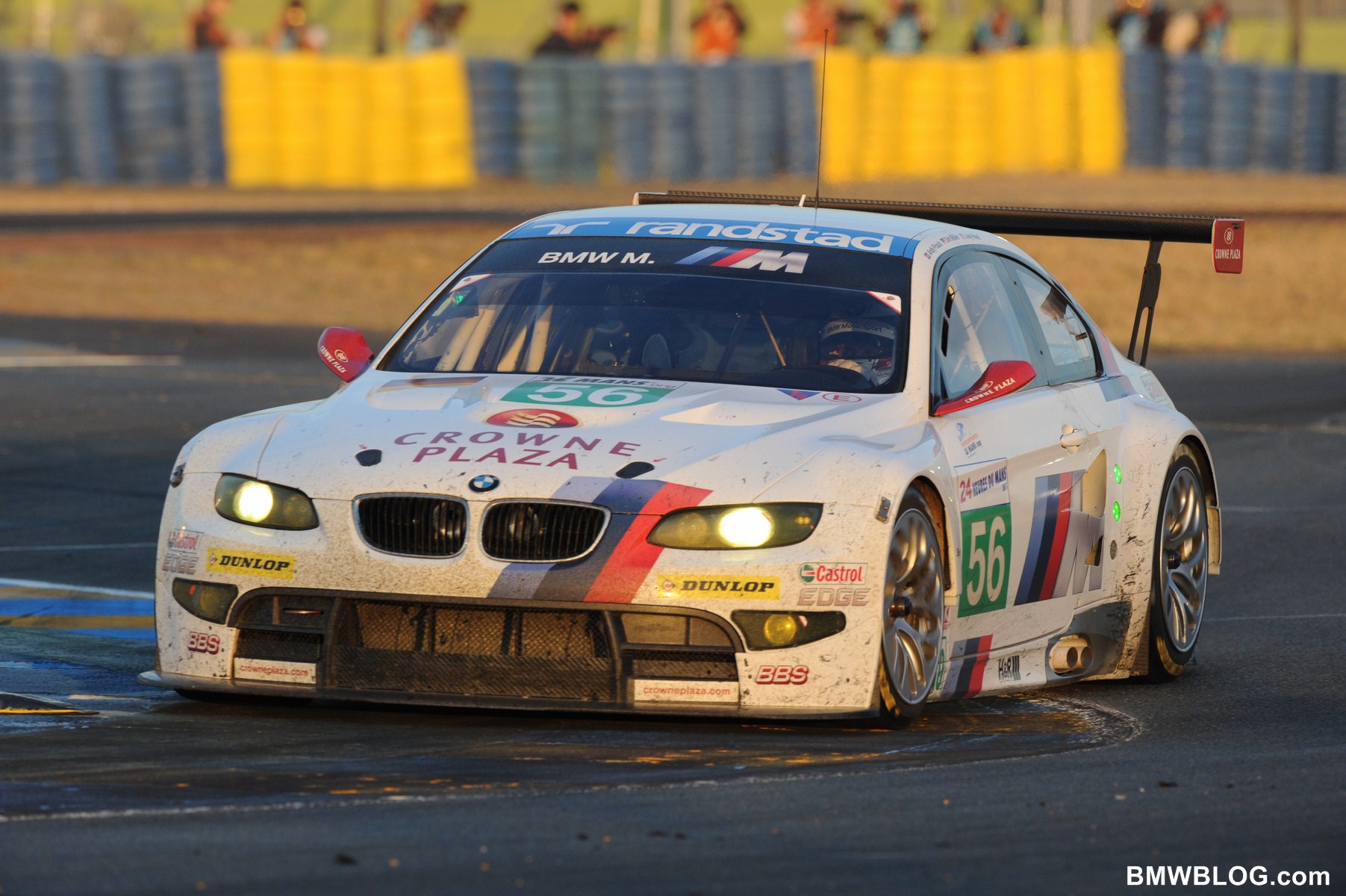