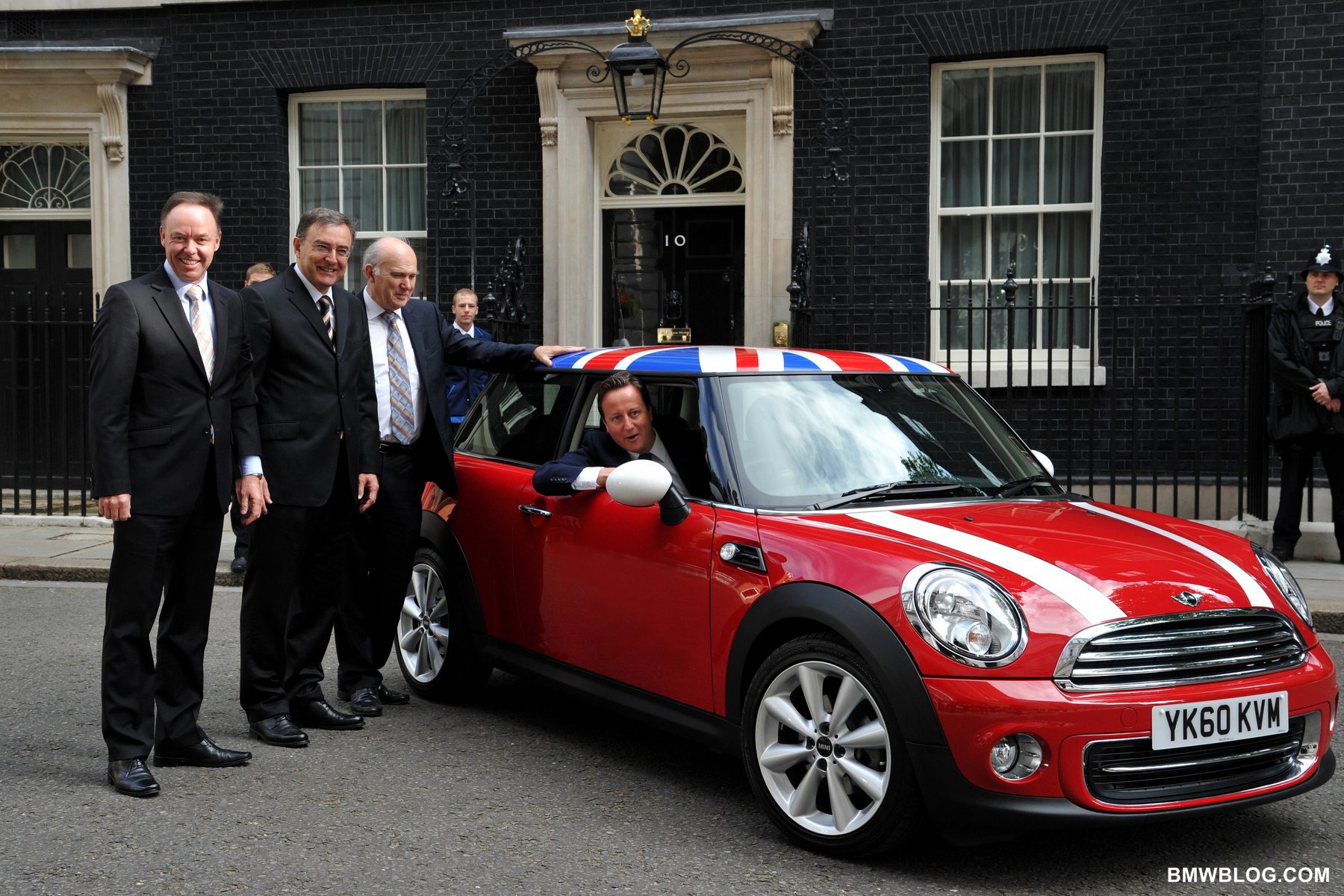 UK confirmed as production location for next generation MINI

The BMW Group has announced today an additional £500 million investment in its UK production network over the next three years and confirmed that the UK will be a production location for its next generation MINI models. This takes the company’s investment across all its UK operations to more than £1.5 billion since 2000.

“We have started preparing our UK plants for production of the next generation MINI and this investment underlines that the UK will remain the heart of MINI production,” announced Norbert Reithofer, Chairman of the Board of Management of BMW AG, during his visit to London on Thursday. “The MINI brand has made a significant contribution to BMW Group’s success in markets around the world and we anticipate that this will grow further in the future.” 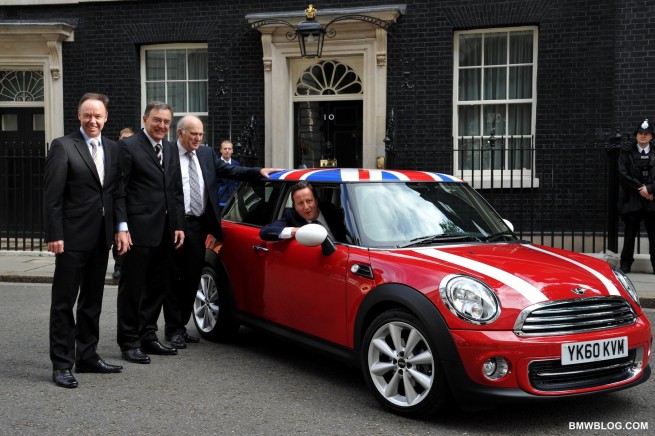 The BMW Group chairman outlined his company’s plans for further investment at a meeting with Prime Minister David Cameron at Downing Street this morning. The investment, the majority of which will be will be used to create new production facilities and equipment at MINI Plant Oxford, will help to safeguard over 5,000 jobs in the MINI vehicle assembly plant in Oxford, the pressings plant in Swindon and the company’s engine plant at Hams Hall near Birmingham.

The BMW Group has been producing MINI at Plant Oxford since 2001.  In that time nearly two million vehicles have been produced at the plant and more than 1.5 million MINIs have been exported to customers in 90 different countries.

Prime Minister David Cameron said: “I welcome this major investment by BMW Group in UK manufacturing. The production and export of iconic British cars like the MINI is making a real contribution to the rebalancing of the economy that this government is determined to achieve.

It’s a tremendous vote of confidence in the skills and capabilities of the company’s British workforce and in the future of UK manufacturing. The MINI plant in Oxford has been one of our great manufacturing success stories, they should be hugely proud of their achievements. They have shown once again that the UK is a major player in the global automotive industry.”

BMW Group’s strategy is that the location of production is linked to the large markets for its products.  The UK is the BMW Group’s fourth-largest single market in the world for sales, behind only Germany, the US and China, with sales in 2010 across the BMW, MINI and Rolls-Royce brands totalling 154,750.

Producing 216,302 vehicles in 2010 and exporting to more than 90 countries across the globe, MINI was the third-largest vehicle manufacturer in the UK, accounting for 17 per cent of national automotive production. As part of the expansion of the MINI product line-up, the MINI Coupé will be launched in 2011, followed by the MINI Roadster in 2012  –  both of which will be produced in Oxford.

Business Secretary Vince Cable said:  “Today’s announcement by BMW is a real tribute to the success of British automotive manufacturing. The firm’s workforce in Oxford is now set to repeat the international success of the current MINI in producing the next generation model over the coming years. The competitiveness of automotive manufacturing in this country is shown by the commitment of the biggest global firms to make serious investments in long-term production here and as a government we are determined to make sure this success story remains a big part of the future economic growth we must secure.”

“Oxford has been the heart of MINI for the last 10 years and we are proud of what has been achieved here,” said Jürgen Hedrich, head of Plant Oxford. “Naturally we are delighted to confirm that the next generation MINI will be built here too and look forward to the continued worldwide success of these great cars.”

The BMW Hams Hall engine plant, close to Birmingham, set a new annual production record in 2010 with 385,051 engines, representing 16 per cent of total UK engine production. Four-cylinder petrol engines are manufactured at Hams Hall for both MINI and BMW models.

Rolls-Royces have been built in the UK for 107 years and BMW Group is committed to continue this tradition with its base at Goodwood in West Sussex. This has been underlined by constant investment since the new company was established in 2003 and this is set to continue as the brand grows. In 2010 a new sales record was set with 2711 Rolls-Royce Phantoms and Ghosts sold all over the world.

A new report published by Oxford Economics underscores the significance of the BMW Group’s business operations to the UK economy. The BMW Group and its dealer network employ around 18,000 people directly, while its supplier and service network supports over 46,000 jobs in total in the UK.

80 per cent of MINIs and 90 per cent of Rolls-Royce Motor Cars produced in the UK are exported. In total, £2.4 billion worth of cars and engines are exported each year, making the BMW Group a major UK exporter which accounts for around one per cent of all goods exported by UK companies.