2011 One Lap of America Experience from Carolina Motorsports Park 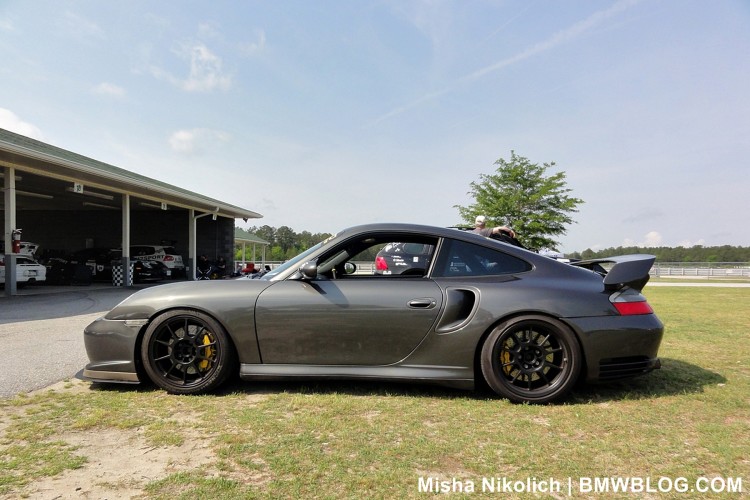 One Lap of America, dubbed OLOA, is an evolution of the famous Cannonball Baker Sea-To-Shining-Sea Memorial Trophy Dash that started in the 1970s. The idea behind  it is pretty simple. You get a group of your car buddies together (minimum of two drivers who have track experience), pick your street/track weapon (there is a class to fit each vehicle), and pitch in some dough for the $2900 entry fee, fuel, coffee, sandwiches, and hotel rooms.

You will have to make sure your car complies with the event rules (basically means it’s street legal), and buy a set of tires from Tire Rack which you are only allowed maximum of six for the entire event. Participants embark on a grueling 3500 mile trek across the Eastern United States in 8 days and 10 different tracks – including the BMW Performance Driving School in Spartanburg, SC, and the Tire Rack headquarters in South Bend, IN. 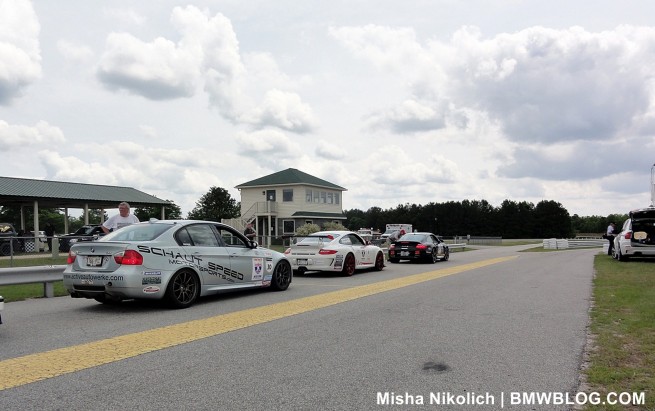 It’s a test of man, machine, and patience racing against the clock and weather. This year there were 80 entrants and makes ranging from Corvette, Porsche, Mustang, Mini, Mazda, Mitsubishi, Nissan, and of course BMW, of which there were 11 entrants in a variety of models! 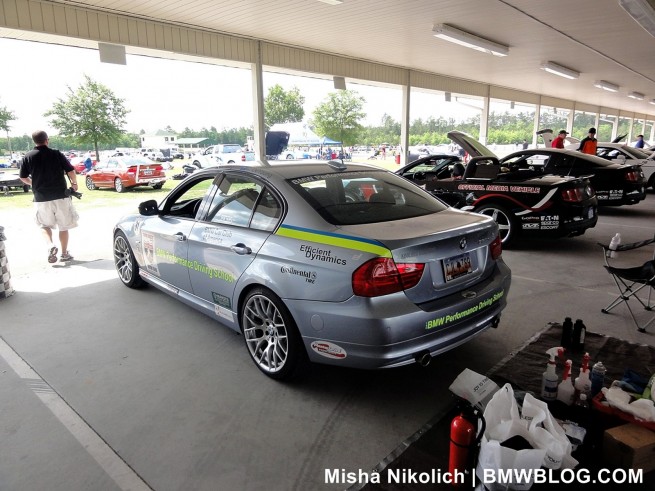 I had a chance to briefly chat with Brock Yates, coordinator and idea man for 1 Lap of America, at Carolina Motorsports Park track in Kershaw, SC. I asked him what makes the event unique and special. He said simple, there is only one rule, there are no rules. I only ask the cars be street legal and run the entire event on one set of tires. The event brings together enthusiasts from a variety of backgrounds – from casual weekend track enthusiasts to professional race car drivers. 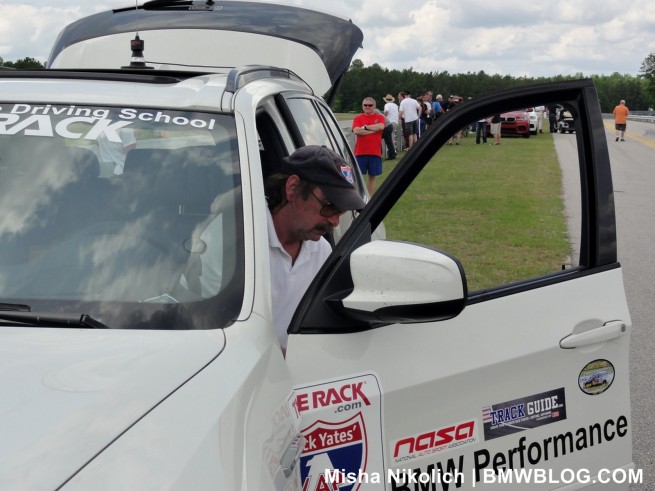 I was looking forward to meeting up with David Flogaus and his E90 M3 at CMP, but the team had an unfortunate turn of events after arriving to Kerhaw on Sunday night. Fortunately everyone was safe, but the car was not fit for duty. I did meet a very nice guy be the name of Woody Hair who was driving a 2011 E92 M3 sponsored by HITT Contracting. He spent a good amount of time chatting with me about the car and life. I had a great time with friends and even got some seat time on the go-cart track! The day was filled loads of cool cars in all shapes and sizes, and a bunch of car enthusiasts all having fun battling it out on the track in near perfect weather conditions. 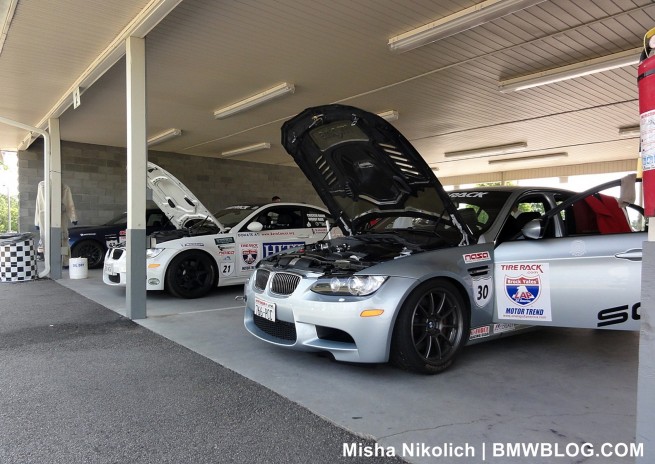 The BMW Performance Center team of Mike Renner, Chris DeYoung, and Steve Maguire shared the driving from track to track and Mike, an instructor at BMW Performance Center, was responsible for piloting the BMW 335d around the tracks. This year they decided to highlight the performance characteristics of the BMW 335d Sedan. Essentially the car is exactly as anyone could buy off the showroom floor from any BMW Dealership. This particular BMW 335d was pulled from the BMW Performance Driving School fleet and with only a couple of modifications; 19- inch M3 Competition Package front spec wheels with Continental Tires, and Performance Friction Brake Pads. 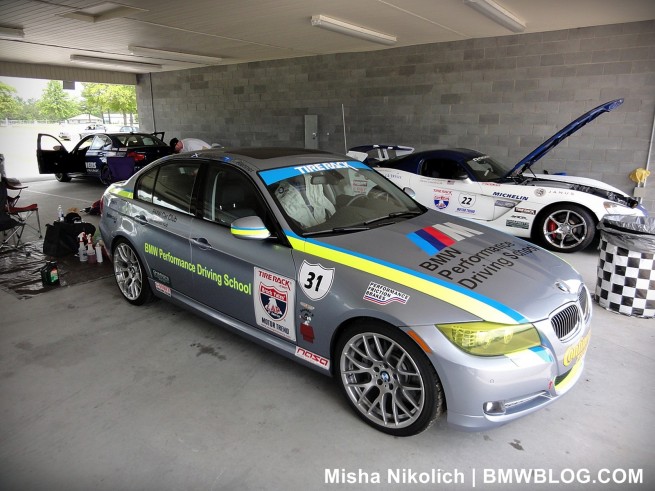 The overall 2011 win went to the #3 2010 Nissan GT-R modified by TopSpeed Motorsports and piloted by Leh Keen and Douglas Wilks. BMWs won in 3 out of 11 classes – The Schaut Speed Motorsports 2008 BMW E90 M3 for Luxury Sedan, the 2001 BMW M Coupe for SSGT1 Small Bore piloted by our friends at Axis of Oversteer, and the BMW Performance Center 335d team beat the VW GTi to win the Alternative Fuels class. 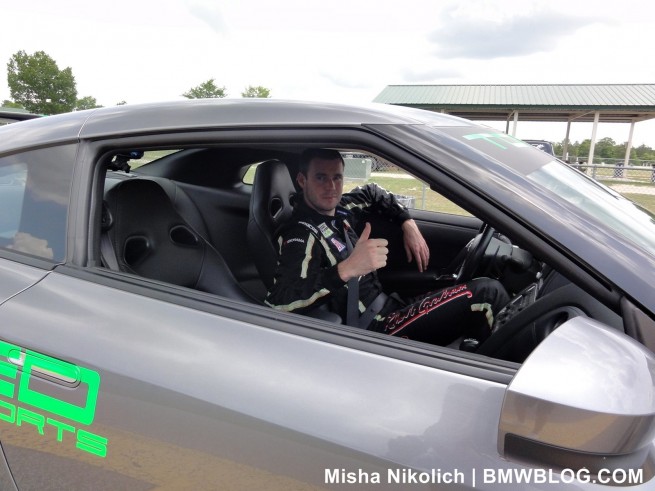 The BMW Performance Center also provided the support vehicles for the entire event. 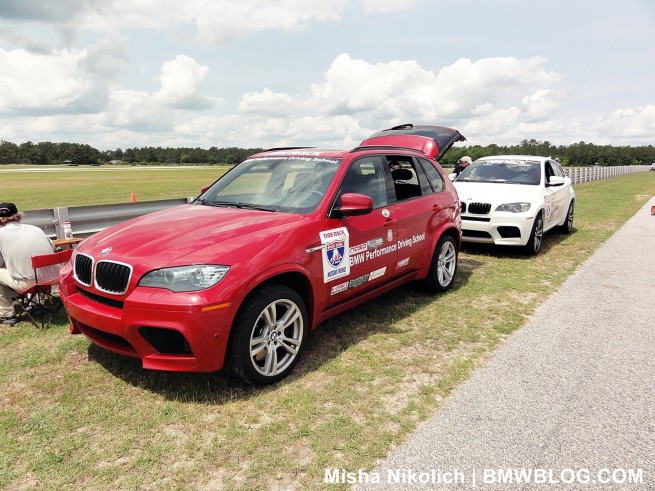 One Lap of America, Summit Point TT from AxisOfOversteer on Vimeo.

Ready to get your team together for next year? I am! What a blast.

Words and photos by: Misha Nikolich