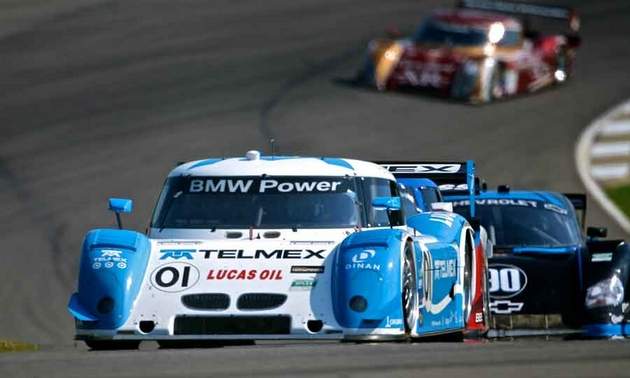 In the GT class the only BMW in the field, the No. 94 Turner Motorsport BMW M3 of Bill Auberlen and Paul Dalla Lana, took a second consecutive class win. The win moved the duo and Turner Motorsport to a share of the lead driver and team point standings respectively.

Continental Tire Sports Car Challenge:
In the Grand Sports (GS) class five BMW M3s finished in the top-10 despite a recent competition adjustment limiting the maximum engine speed to 8250 rpm. Turner Motorsport was the top-finishing BMW team with the No. 96 machine of Bill Auberlen and Paul Dalla Lana finishing in second place. The result was the team’s third consecutive podium finish of the season, including a win at Homestead-Miami Speedway and Auberlen and Dalla Lana continue to lead the GS driver point standings. The No. 97 Turner Motorsport M3 of Joey Hand and Michael Marsal finished sixth. 2010 GS champions Fall-Line Motorsport also placed two M3s in the top-10, finishing fourth with the No. 46 machine and ninth with the No. 45 car. Rum Bum Racing finished seventh with the No. 13 M3.

In the Street Tuner (ST) class Doran Racing had a season’s-best second place finish in the No. 14 BMW 128i of Tim Bell and BJ Zacharias. The RACE EPIC/Murillo Racing No. 56 BMW 328i of Jesse Combs and Jeff Mosing finished third. The Insight Racing BMW 328i of Jeff Westphal and Nico Rondet finished ninth to make it three BMW in the top-10 ST class finishers.

The Barber Motorsports Park weekend was also shared by the IZOD IndyCar Series. The top open wheel racing series in North America is the goal of many drivers, among them graduates of BMW’s worldwide Formula BMW series that began in this country in 2004.

2 responses to “BMW Power On Top At Barber GRAND-AM”